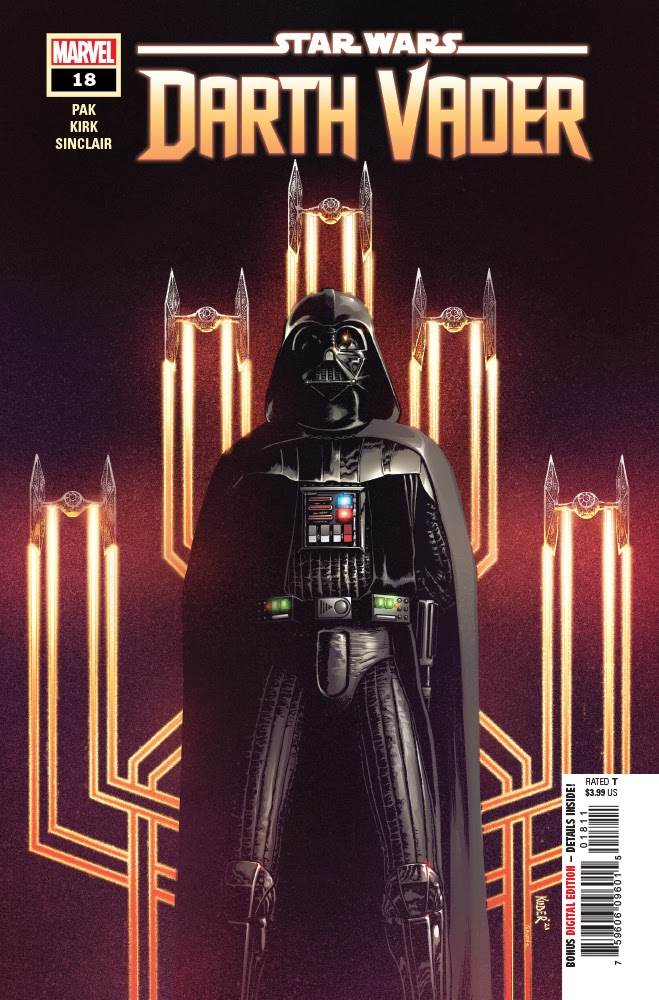 With the War of the Bounty Hunters crossover event out of the way, the next stage of Marvel’s Star Wars comic book storytelling saga is set to begin. Namely, this involves many of our established characters going up against the criminal enterprise known as Crimson Dawn, which has infiltrated just about every faction there is across the galaxy.

Darth Vader has figured this out, of course, and in issue #18 of the third volume of his eponymous comic title Star Wars: Darth Vader, he begins to exact revenge on the organization that humiliated the Empire and manipulated Vader into destroying the Hutt Council. 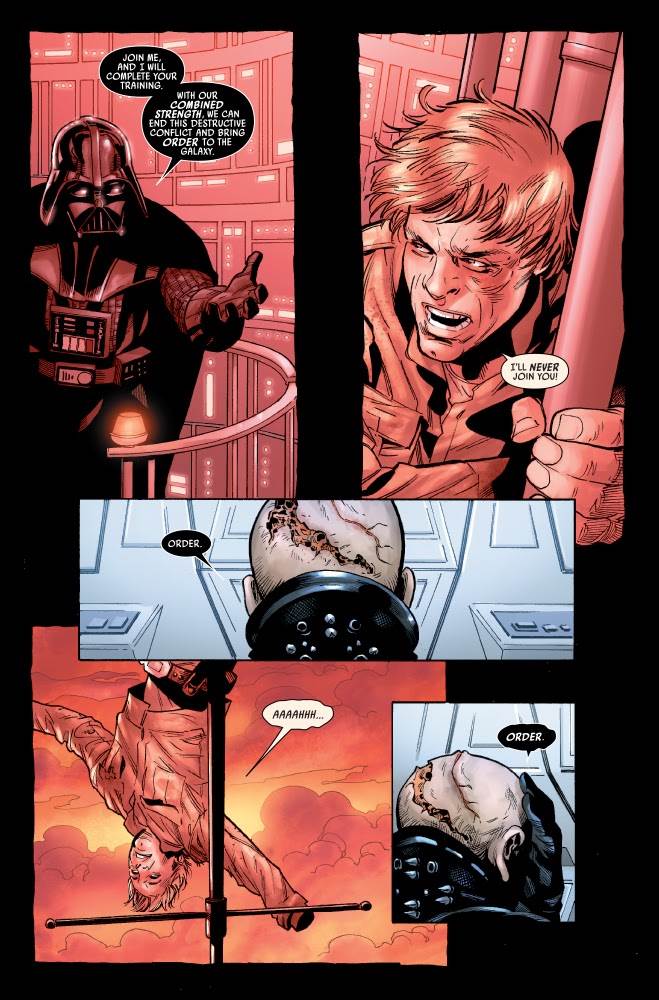 Darth Vader #18 begins with the Dark Lord of the Sith experiencing more flashbacks to recent events in his tragic life, such as the fateful duel with his son Luke Skywalker in Bespin’s Cloud City and his disgrace at the hands of his master Emperor Palpatine. These memories conclude with Vader declaring that his first step in bringing order to this chaos will be to eliminate the traitors allied with Crimson Dawn. Then we cut to the planet Vincorba, where some unnamed aliens (who look an awful lot like some cancelled early-80s Star Wars action figures with upside-down Quarren heads known as Mongo Beefhead tribesmen) are defending themselves against an attack by the assassins’ guild due to their Crimson Dawn affiliation. We get a series of action sequences wherein Vader goes around collecting underlings in his vendetta against the syndicate, and to be honest the comic kind of lost me around this point. A lot of new characters are introduced all at once, and I was never quite 100% sure what exactly was supposed to be happening or who was on which side. There are people who look like Imperials (though their leader is a parrot-headed alien and I always though the Empire was averse to enlisting species beyond human, which is what made Grand Admiral Thrawn so rare) who act as warlords on the Outer Rim planet of Calior until Vader shows up to assist the locals in taking them down, recruiting the resistance force in the process. They treat the Dark Lord as a savior thanks to his eliminating the Crimson Dawn presence with the help of Ochi of Bestoon– who I’m fairly certain was revealed to be a sleeper agent of the Dawn at the end of War of the Bounty Hunters. I suppose that’s another shoe that’s waiting to be dropped, along with what exactly (SPOILER ALERT) Sabé the former handmaiden is up to at the Polis Massa asteroid field where Padme Amidala gave birth to Luke and Leia Skywalker in Star Wars: Episode III – Revenge of the Sith. Sabé is looking for Vader again (she last interacted with him in earlier issues of this volume of Darth Vader comics), so it will be interesting to find out more about why as her story continues to unfold. In the meantime, the bulk of this issue is a somewhat convoluted means of getting across the idea that the title character is gathering some new forces in his quest to bring down Crimson Dawn– sure to pay off further in the upcoming Star Wars: Crimson Reign miniseries, as well as in these very pages.