One of the special perks about writing for Laughing Place is that we get to discover all kinds of fun merchandise, retailers, and more. In turn, we’re occasionally offered samples so that we can get a better look at the products we’re covering. Recently, Entertainment Earth gave us a credit to shop their wide selection of collectibles and I decided on a variety of products, including some exclusives. I was delighted when our first items arrived today, just in time for Barely Necessities! Let’s take a look at what we ordered: When I set out to browse the site, I discovered that the Maleficent Funko Soda was still in stock and instantly knew I had to get it. The small collectibles are packaged in containers the size and shape of a soda can and they often sell out as soon as they go on sale. 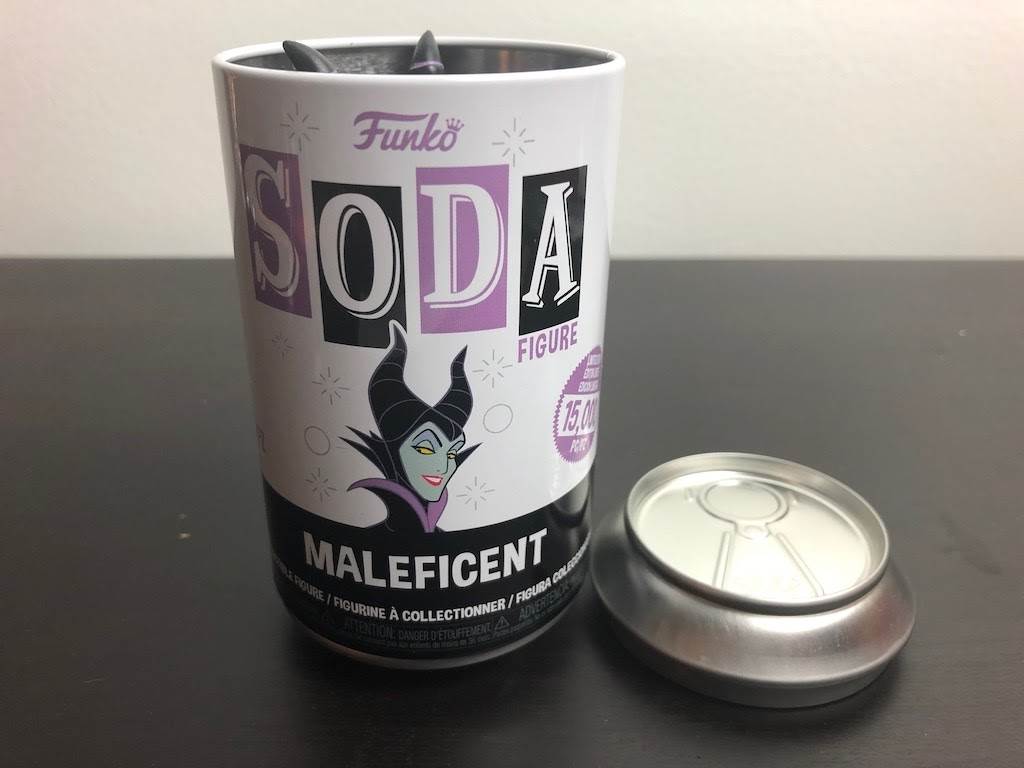 It was more fear of missing out (FOMO) than actual obsession with Maleficent that prompted this selection, but I was happy to know I could get one of the highly sought after collectibles. 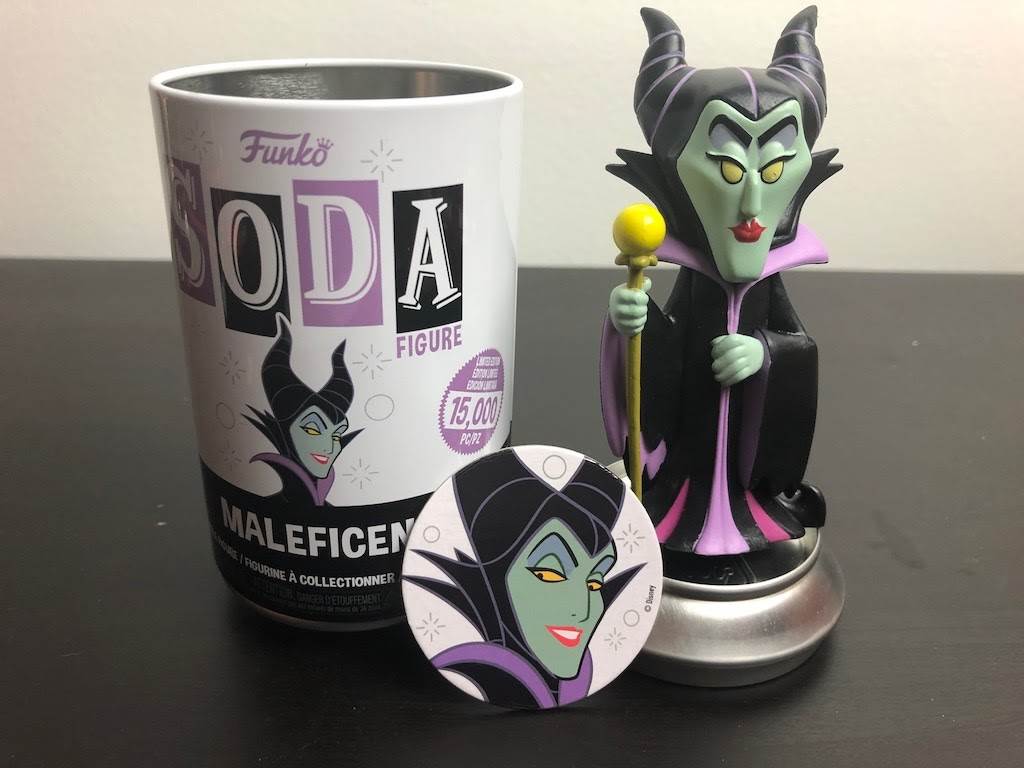 Sure enough, when I went to check the site today, the Maleficent Soda figure was completely sold out, and will not be available again. 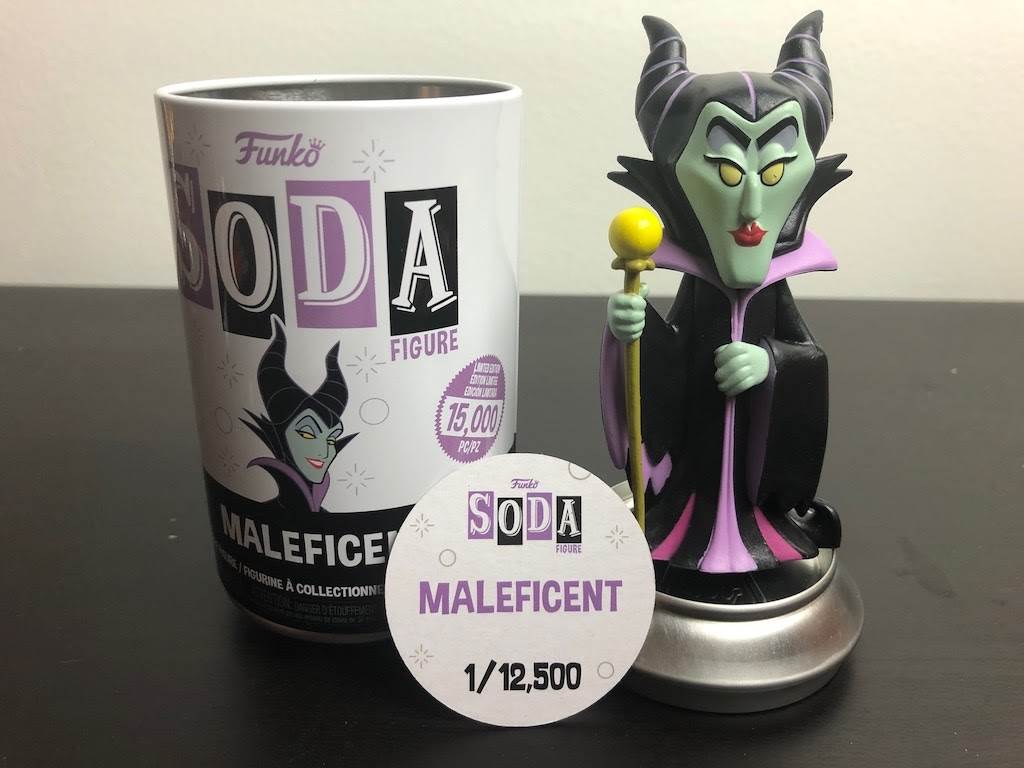 I had hoped that I might snag a chase variant, but unfortunately luck wasn’t on my side this time. I received the standard figure, one of 12,500 in the run and one of 15,000 overall, meaning there must be 2,500 chase variants out there! Also don’t let the little puck fool you, I don’t actually have the #1 Maleficent. Two of our team members have also received the same numbering on their respective Soda purchases, so it’s really more for aesthetic. 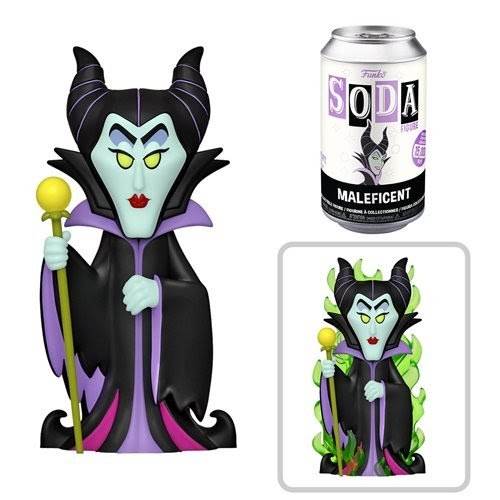 While you can no longer purchase the Maleficent collectible, there are several other Soda figures available for pre-order right now and more pre-sold out figures coming soon.

My second choice was an Entertainment Earth Convention Exclusive Ant-Man and The Wasp Pin Mates. This 2-piece set was on sale at a deep discount and I just couldn’t pass it up. 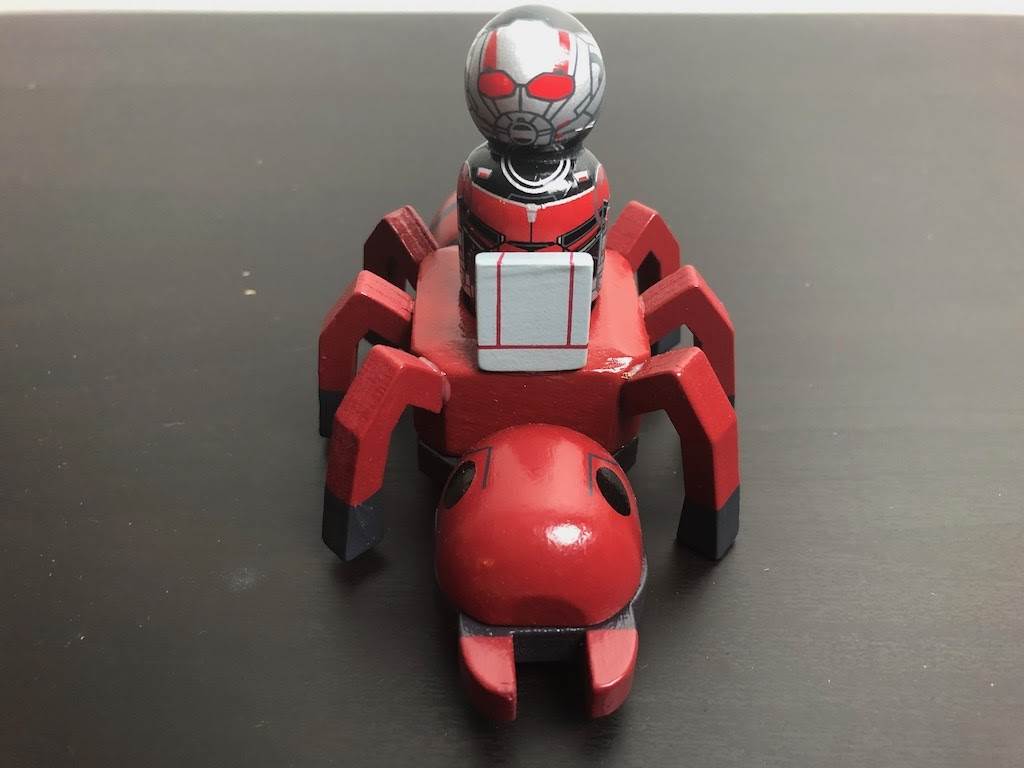 It features a large ant on wheels and a small Ant-Man Pin Mates that can sit on the ant’s back. 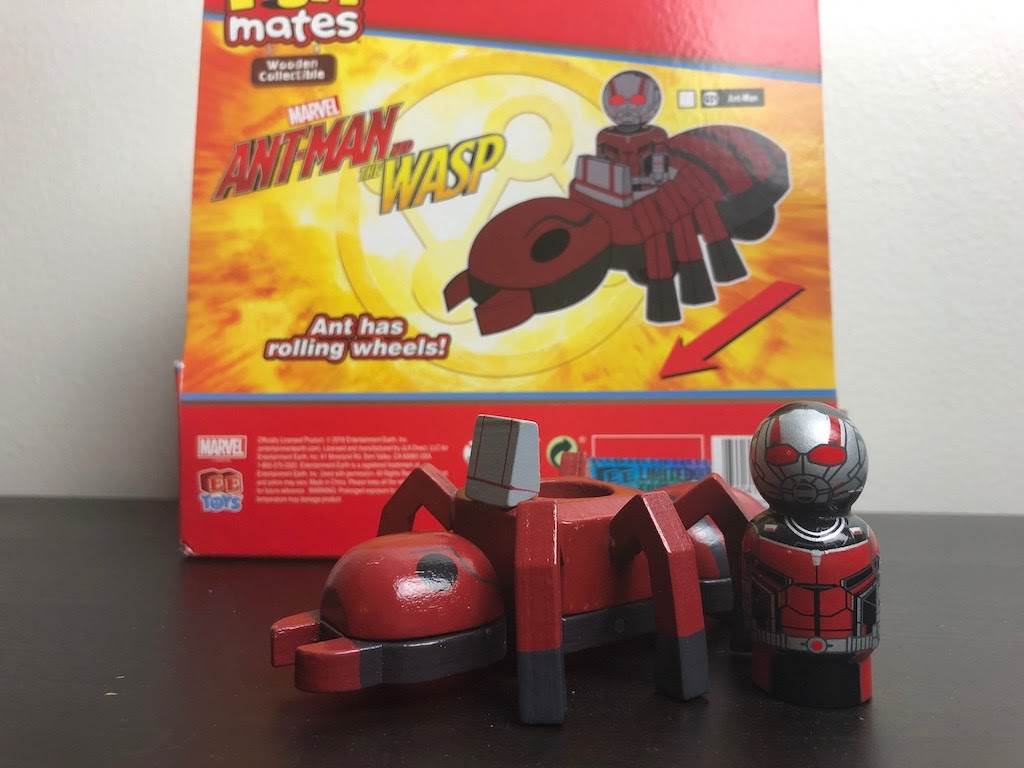 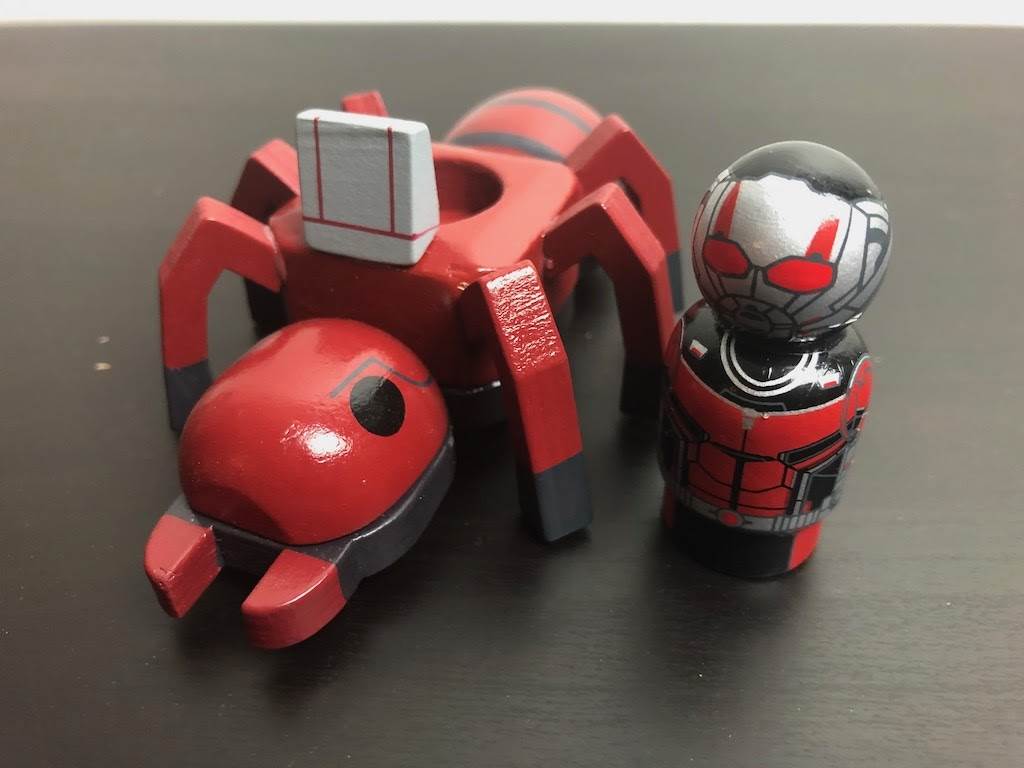 The wooden collectibles are well made and have a really nice weight to them. They are fully painted, including Ant-Man’s suit, which has a lot of small details. 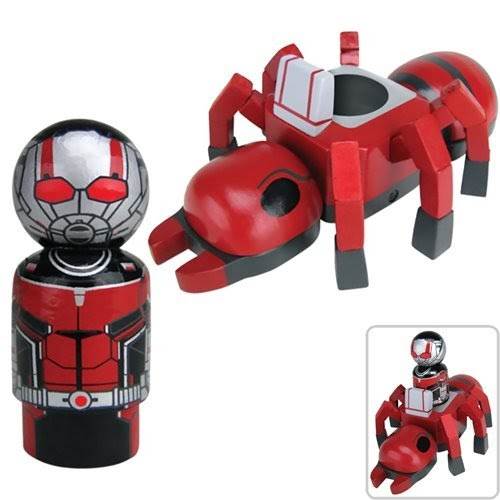 This item is still available and right now is on sale for $2.99!

Finally, I opted for a Pin Mates of Alexander Hamilton from the Broadway musical Hamilton! While this doesn’t have a direct tie-in to Disney, the special filmed version of the show is streaming exclusively on Disney+…. Just like Ant-Man, Alexander is a wooden figure that’s painted with button down vest and red overcoat. 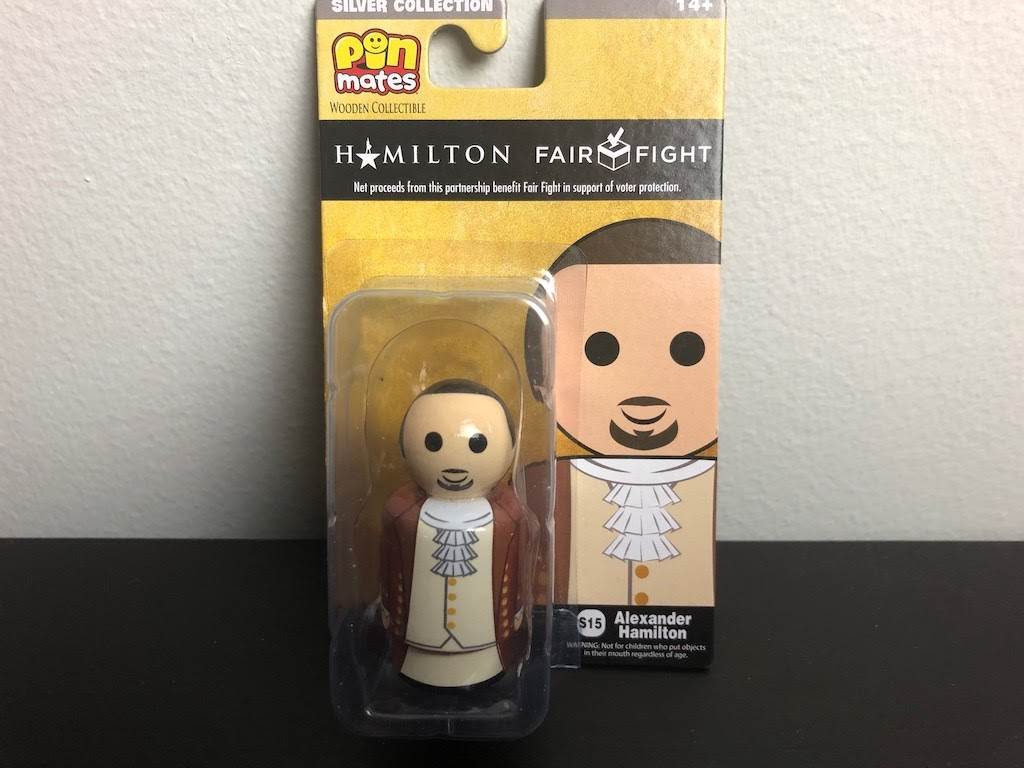 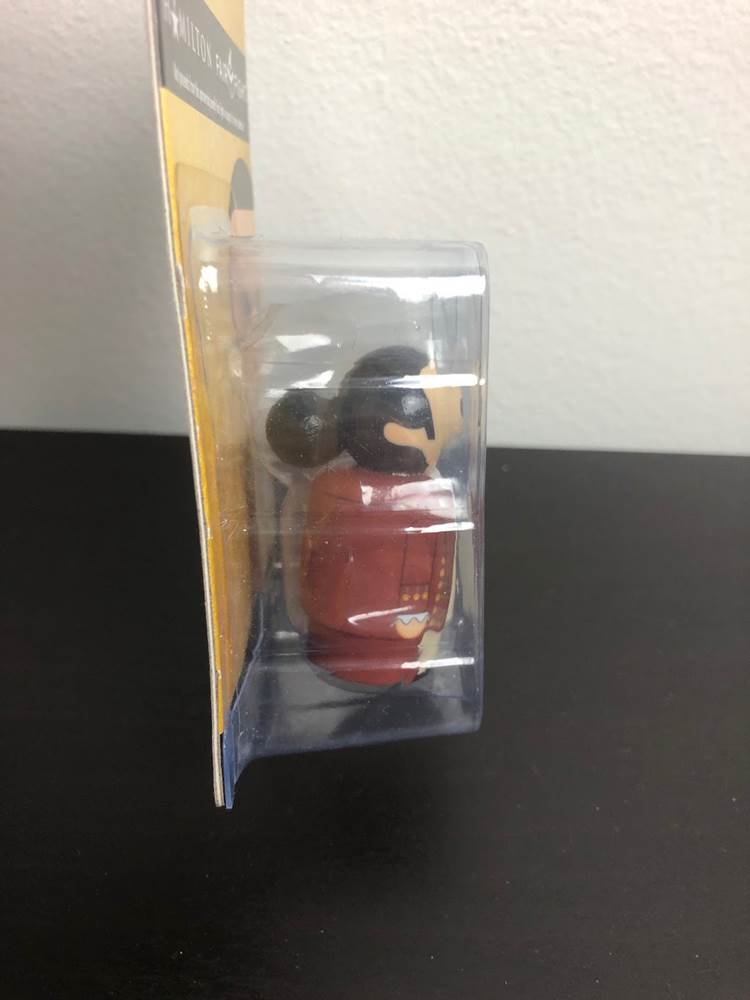 He even has a small bun on the back of his head for his ponytail! I’m going to give the figure to someone at LP who loves Hamlton (any guesses who?), so I won’t be opening this little guy, but the clear packaging allows me to see all of the important details. 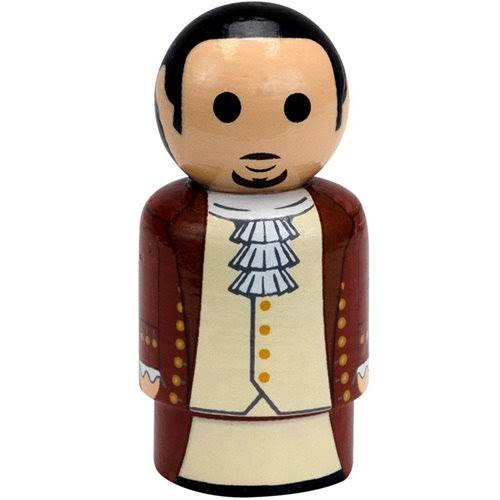 The Alexander Hamilton Pin Mates is available on Entertainment Earth for $9.99. For serious fans, there’s also a 3-pack of characters featuring Hamilton, Washington, and Eliza that sells for $29.99.

We have three pre-orders on their way too, with an estimated delivery in January 2022. What are we waiting on? I’m so glad you asked! I scooped up the Entertainment Earth Exclusive Shang-Chi Necklace and Glow-in-the-Dark Bracelet Ring Prop Replica set, a Loungefly Wicket Zip Wallet, and the item I’m most excited for, a Buffy the Vampire Slayer Figure! Stay tuned for updates.