Photos/Video: Grinchmas and Christmas Return to Universal Studios Hollywood with Decorations and Shows 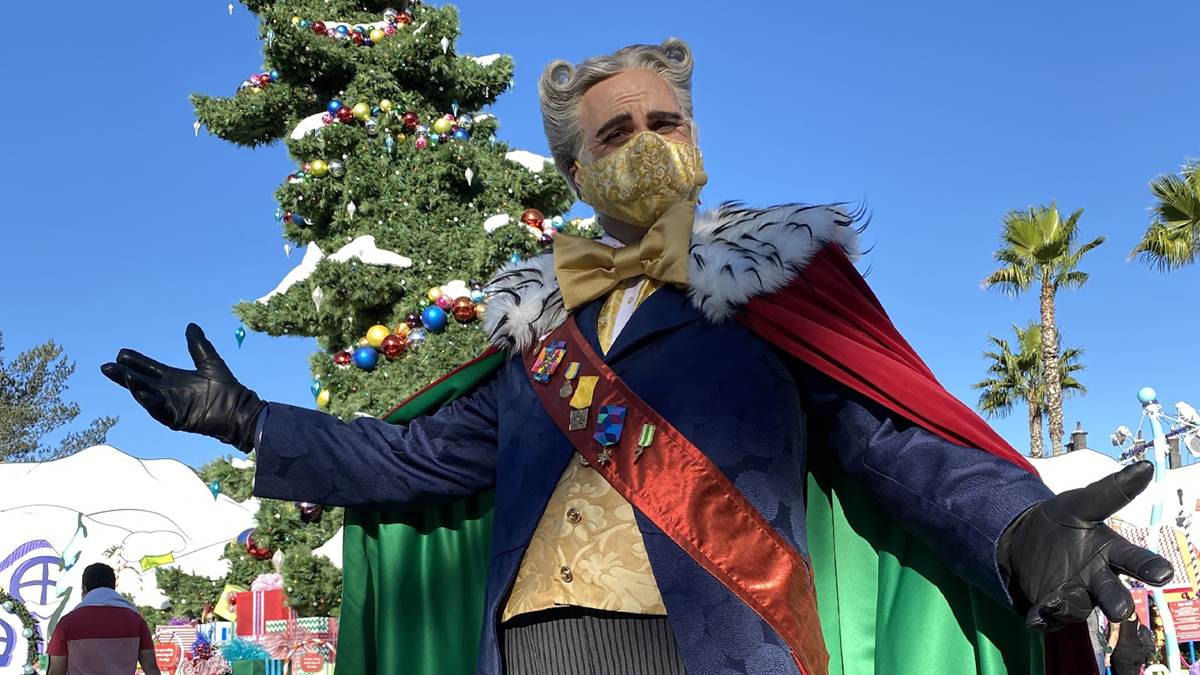 The holiday season has arrived at Universal Studios Hollywood, and that means the return of Grinchmas and Christmas to the “Entertainment Capital of L.A.”

When approaching the theme park through Universal CityWalk, guests will encounter a giant Christmas tree in front of the Universal Cinema, plus the traditional Santa hat on King Kong and other festive decor. Inside the park, wreaths and garland deck the buildings along the paths and on storefronts.

Friendly characters like Hello Kitty, Shrek, Princess Fiona, and Donkey are wearing their holiday best as they interact with fans.

Over in Universal Hollywood’s new Secret Life of Pets area, guests can check out new decorations on the New York-themed street, complete with gift-wrapped boxes, toy soldiers, and holiday depictions of the Pets themselves. And in the adjacent Despicable Me area, those mischievous yellow Minions are sporting their own brand of yuletide cheer.

For those of us who love themed popcorn buckets of all shapes and sizes, there’s a Minion with a Santa hat holding a tiny snowman available for purchase in the park.

Wandering over to the Wizarding World of Harry Potter, the land’s Christmas celebration has returned with decorations all around Hogsmeade Village and up to Hogwarts Castle.

Guests can pause at the Hogsmeade performance stage to enjoy the “Holiday Frog Choir” show.

And once night falls, the Christmas lights lining the eaves of Hogsmeade Village light up with seasonal warmth.

But as always, the real centerpiece of Universal Studios Hollywood’s holiday festivities is Grinchmas, located in the park’s central Universal Plaza. Inside this area, guests can meet a number of happy citizens of Whoville, pose for photos with Max the dog, purchase Grinchmas treats and souvenirs, and even catch a glimpse of the Grinch himself.

The 2021 Grinchmas performance schedule is a bit more limited than in years past, but several times a day kids can still gather around the oversized Grinchmas tree to enjoy “Story Time with Cindy-Lou,” wherein the adorable Who reads the famous rhyming tale of How the Grinch Stole Christmas by Dr. Seuss.

And after dark, guests gather around the Grinchmas tree once again to witness the “Wholiday Tree Lighting” ceremony starring the Mayor of Whoville, Cindy-Lou Who, and– you guessed it– the Grinch.

Naturally, Grinchmas and Dr. Seuss-related merchandise is available to purchase around the park. If you wait until nightfall to make your way out of Universal Studios Hollywood and through CityWalk once again, you’ll be treated to a dazzling display of attractive and colorful Christmas lights.

The holiday season runs from now through Sunday, January 9 at Universal Studios Hollywood. For more information and to purchase advance tickets, be sure to visit the park’s official website. 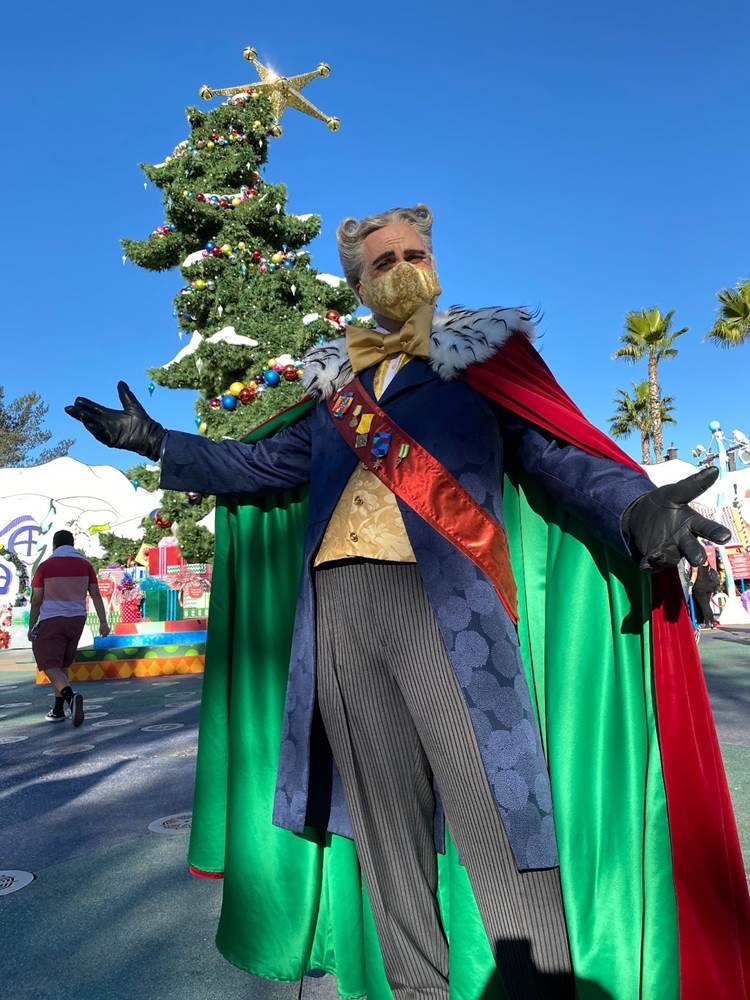