Comic Review – Jedi Knights Recoil from the Horrors of the Nihil in “Star Wars: The High Republic” #12 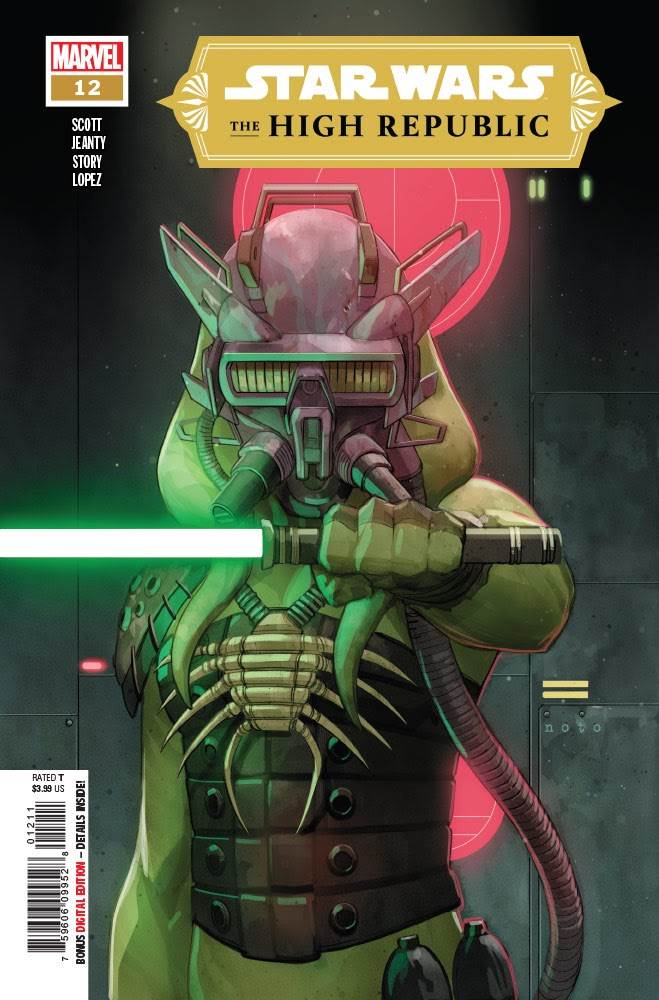 The cliffhanger of last month’s issue of the excellent Star Wars: The High Republic from Marvel Comics is resolved in today’s release, but not quite in the way I had expected. Instead, Chapter 2 of the “Jedi’s End” arc– entitled “The Spirit of Disunity”– immediately cuts to some time later, with the devastated Jedi Master Avar Kriss attending a briefing on the Starlight Beacon space station. Through flashbacks, we learn what happened on the planet Xais after Nihil Tempest Runner Lourna Dee made her unlikely escape.

Basically, the failure has led to Kriss, fellow Jedi Master Sskeer, and recently minted Jedi Knight Keeve Trennis having their own personal breakdowns of differing varieties, with the bond twins Terec and Ceret left in a catatonic state, having just barely survived an attack by the same mysterious force that killed Loden Greatstorm in Cavan Scott’s novel Star Wars: The High Republic – The Rising Storm. 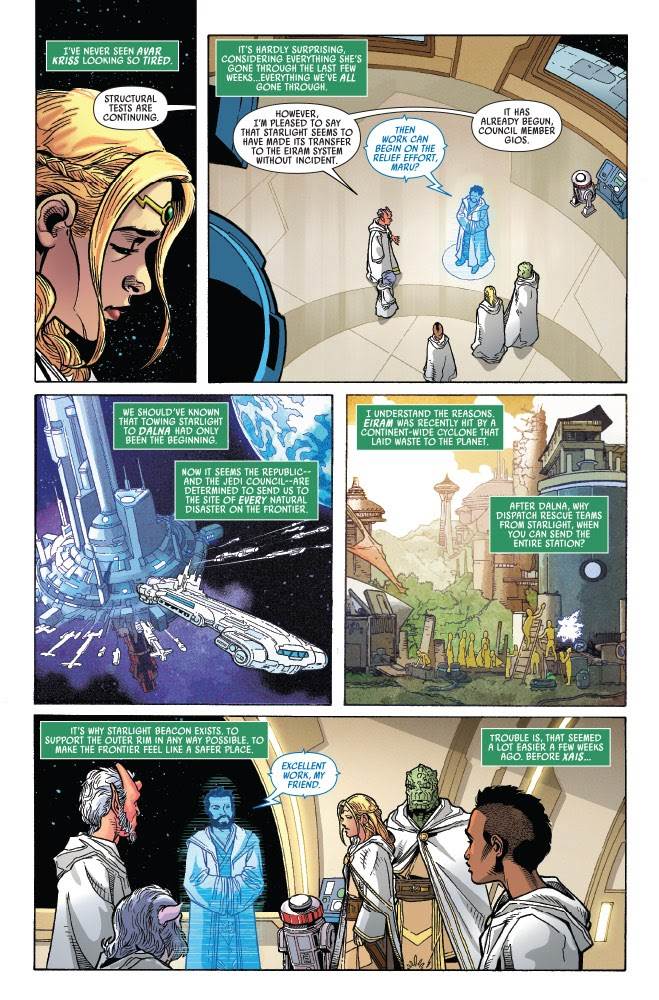 Avar wants to respond with an aggressive counterattack on the Nihil base, though her friend Stellan Gios on the Jedi Council advises patience and caution before she goes on the offensive. Trennis wallows in her own sense of misguided self-pity, blaming herself for the events on Xais until she’s approached by Master Maru, who asks her to watch over Kriss on the mission. Sskeer, meanwhile, has been stripped of his lightsaber and awaits judgment by the council due to his failure to disclose a debilitating Trandoshan brain disorder he’s seemingly contracted, though he’s forced to make a difficult decision when Keeve comes to him for help with the task at hand. It all builds to the three Jedi departing Starlight Beacon for the fortified Nihil base known as the Great Hall, located in a clandestine area of the galaxy referred to only as No-Space. This is definitely a place-setting issue, foregoing action in favor of character development and setting the stage for battles to come, but that just so happens to be my favorite kind of Star Wars story, so Scott (who serves as writer here, too) won’t be hearing any complaints about it from me. I really liked getting to hear Trennis’s inner thoughts as she struggles with her perceived inadequacies among the Jedi, and Sskeer’s downward spiral continues to be a fascinating aspect of his narrative. Avar Kriss is also proceeding down a path that I would not have originally expected from the character back when we were first introduced to her in Charles Soule’s Light of the Jedi, but I’d argue that’s a good thing as well. I love not being able to predict where the overall story of The High Republic (and its various dramatis personae) is headed, and it’s great that the monthly comics from Marvel and IDW get to fill in the gaps and keep the energy going between novels. My only real critique here has to do with the cover, which depicts Lourna Dee wielding the lightsaber she stole in a previous issue. Dee doesn’t show up in this month’s story at all, outside of her ship appearing in flashbacks and her name being dropped by the Jedi. That feels just a little disingenuous to me, but I imagine readers of Star Wars: The High Republic care enough about all of its other characters to not be too bothered by the Twi’lek Nihil leader not showing up as advertised. With Phase I of Lucasfilm Publishing’s ambitious multi-platform initiative approaching its climax at the beginning of 2022, it’s exciting to get a sense of the direction in which things might be headed for these Jedi under the guidance of the talented authors who determine their fates. 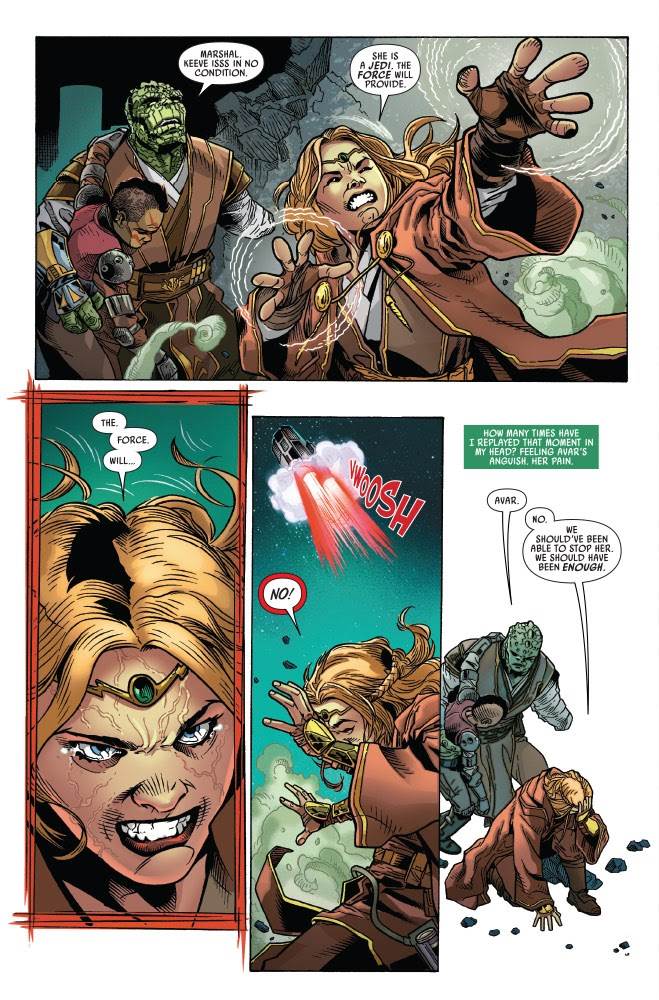 Star Wars: The High Republic #12 is available now wherever comic books are sold.