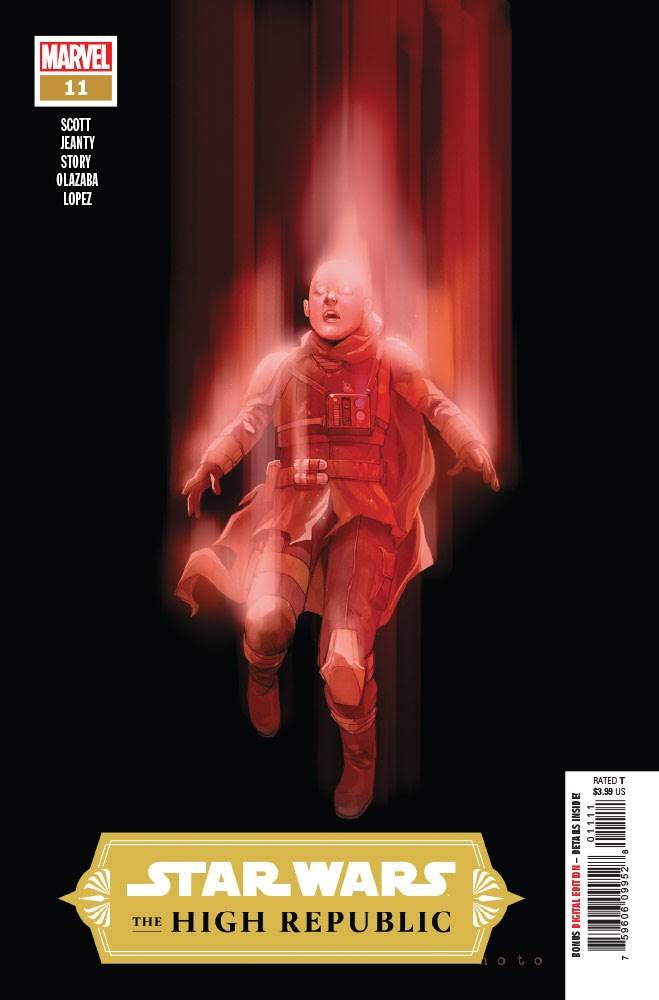 It’s almost a shame that this month’s issue of Star Wars: The High Republic from Marvel Comics didn’t come out in October before Halloween, because it goes above and beyond in emphasizing the previously established mission statement of Lucasfilm Publishing’s multi-platform initiative: “What scares the Jedi?”

The High Republic #11 is technically the first chapter of a new arc for the comic, entitled “Jedi’s End,” but it does pick up where the tantalizing cliffhanger ending of the previous issue left off: with Jedi Knights Keeve Trennis and Terec’s true identities having been discovered by the Nihil and one of their leaders– Lourna Dee, who recently got her own audio drama Star Wars: The High Republic – Tempest Runner from author Cavan Scott, who not-so-coincidentally also writes this ongoing title for Marvel. Keeve finds herself frozen in absolute terror after an unseen and unidentifiable threat attacks Terec, calcifying the Jedi’s body in a similar fashion to how Master Loden Greatstorm perished in Scott’s novel Star Wars: The High Republic – The Rising Storm. We see the world around Keeve from her disquieting perspective: swirling clouds of danger and menace as Terec seems to melt before her very eyes. Meanwhile, on the cruiser Ataraxia, the also-troubled Trandoshan Jedi Master Sskeer and Starlight Beacon’s Marshal Avar Kriss attempt to help Terec’s bond-twin Ceret, who also seems to be succumbing from the effects of the attack. Can they pinpoint the hidden location of the two Jedi who went undercover with the Nihil before it’s too late? I’d recommend reading it on your own to find out, because The High Republic really feels like it’s kicking into high gear (and likely prepping for the endgame of its first phase, which is on its way at the beginning of next year) with this storyline… not to mention the fact that between this title and the also-excellent Trail of Shadows miniseries, these comics are undoubtedly the scariest Star Wars has been in a long time– and I mean that in the best way possible. 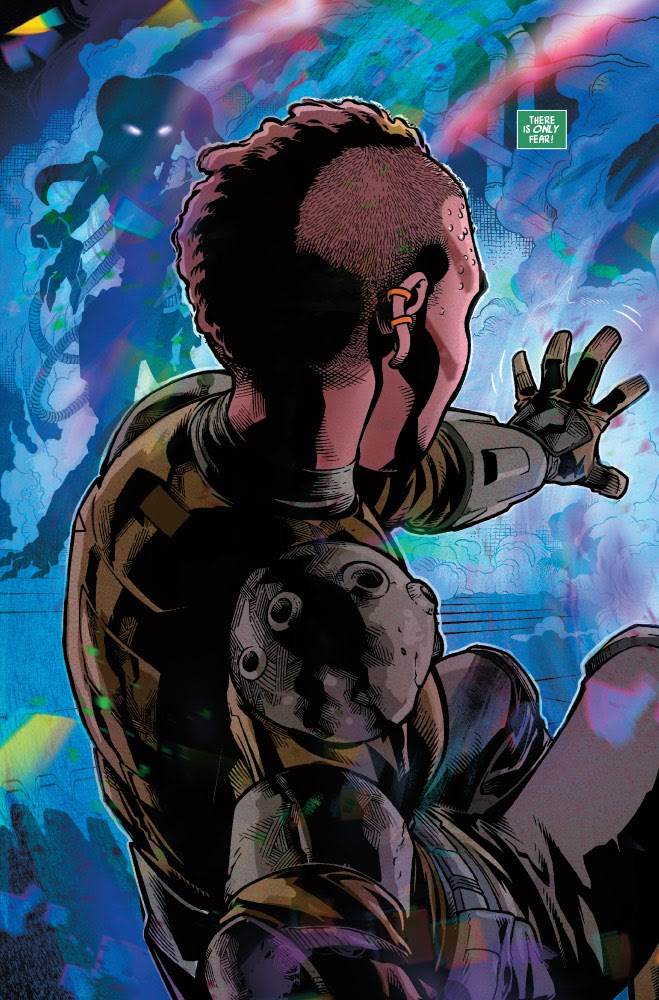 Cavan Scott and his artist Georges Jeanty continue to prove themselves an ideal team-up for this story, with colorists Carlos Lopez and Jesus Aburtov really driving the point home with the swirling, multicolored nightmare you can see in the preview images I’ve included in this review. The scenes of Keeve’s descent into madness are like something out of a particularly disturbing horror movie, as are Ceret’s insistence that this new peril feels like “nothing” and “emptiness,” comparing it to a void, unlike the more easily identifiable dark-side presence of other villains we’ve seen in The High Republic like the Drengir. I’m extremely intrigued to find out more as the months go on, and I’m also excited to see how Lourna Dee will take to her newly acquired lightsaber. Will she use it to go up against Masters Avar Kriss and Sskeer in the next issue? Consider me counting down the days until we find out. 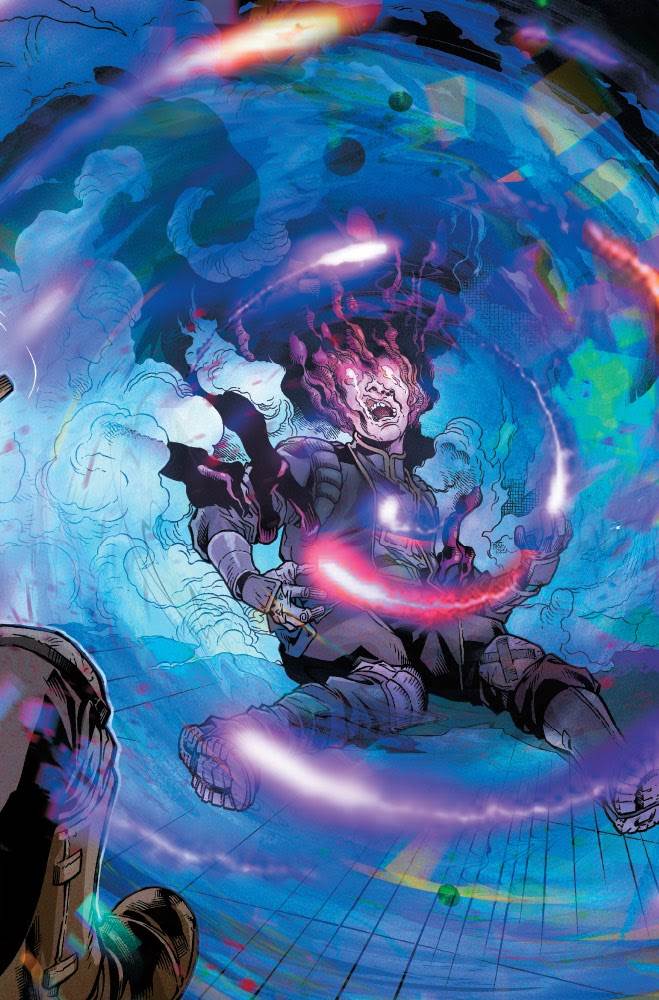 Star Wars: The High Republic #11 is available now wherever comic books are sold.