Marvel has given us so many great heroes over the years and even more incredible comics telling their stories. Sometimes though, it’s the stories about the villains that are more fascinating. Especially when those villains can journey through time on a whim and control the whole flow of the timeline as we know it.

“Timeless #1” is the start to one of several ongoing Marvel Comics events and it somehow manages to be both a sprawling epic and a self-contained, intimate comic story. Kang is a complicated character so it only makes sense that a crossover event focused on him would be the same. 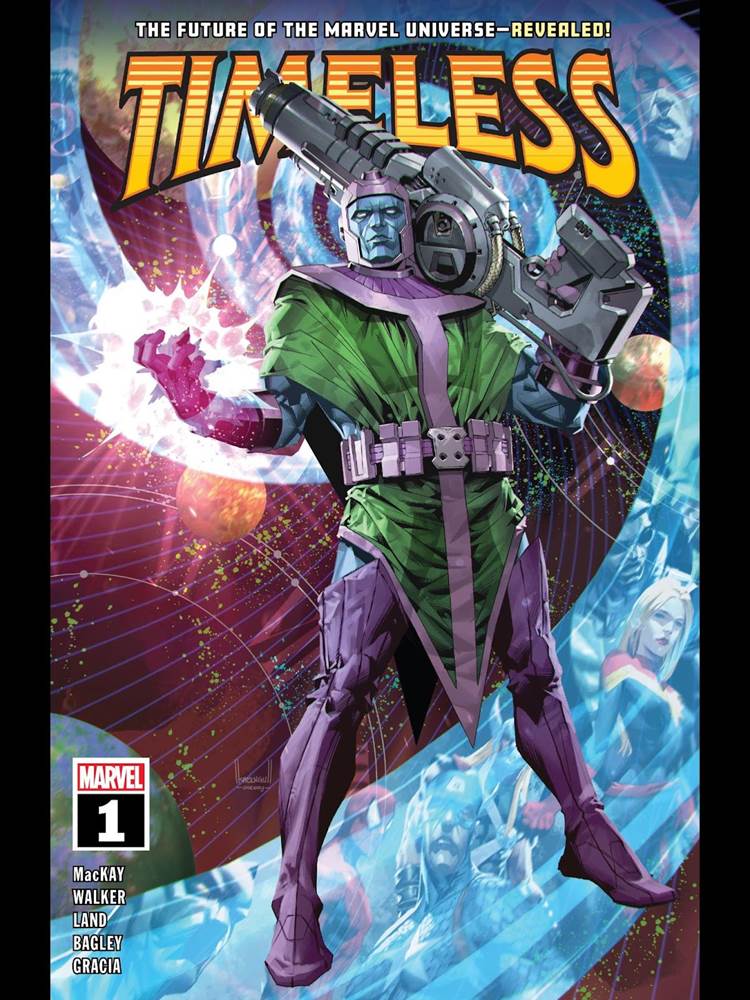 If not for his time-traveling abilities and extensive arsenal of futuristic technology, the one thing Kang would be known for is his ego. So when he sees a writer giving credit to Doctor Doom as the seminal super villain of our lifetime, Kang is going to take offense. But rather than simply killing the writer, Kang decides to change his mind.

Kang abducts the old man and brings him along for one of his conquests in an attempt to prove himself and quite literally change the history books. Of course, things don’t go exactly as planned (unless you take Kang’s word for it) and a new situation arises.

With the fate of the timeline as we know it at stake, suddenly Kang becomes our only hope.But for the conqueror, this is just another day at the office. However, as the journey comes to an end for the writer, he realizes there is something big still to come. What role will Miracle Man have to play in all this? 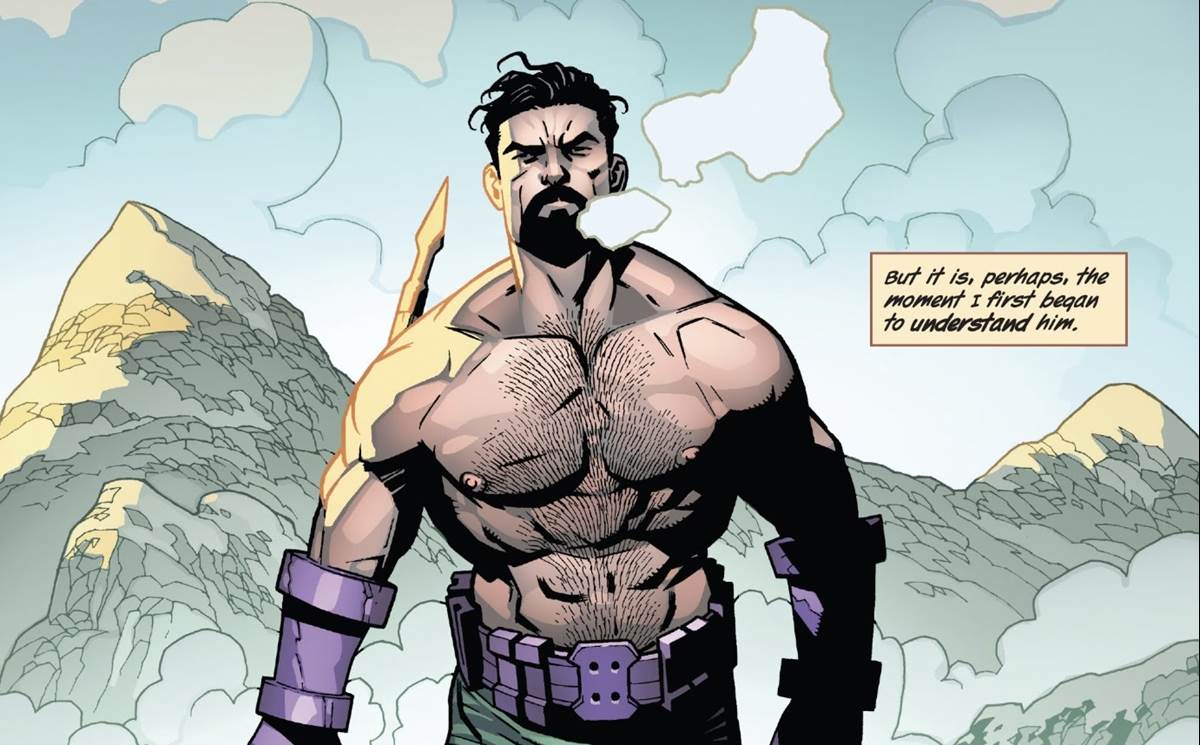 This is a very interesting concept for a crossover event as the time travel very much changes the typical dynamic of this type of story. With that being said, it does feel as though it gets off to a bit of a slow start, as much of this story comes from the perspective of a writer documenting Kang’s conquest. That doesn’t last long however, and when you look back on it after the finish, it all becomes necessary.

“Timeless” is clearly going to be nothing short of a huge story that will affect the entirety of the Marvel Universe. Any time you’re dealing with time travel and the fate of the time stream, the consequences are huge. This first issue does a good job of allowing readers to understand the magnitude of this story. 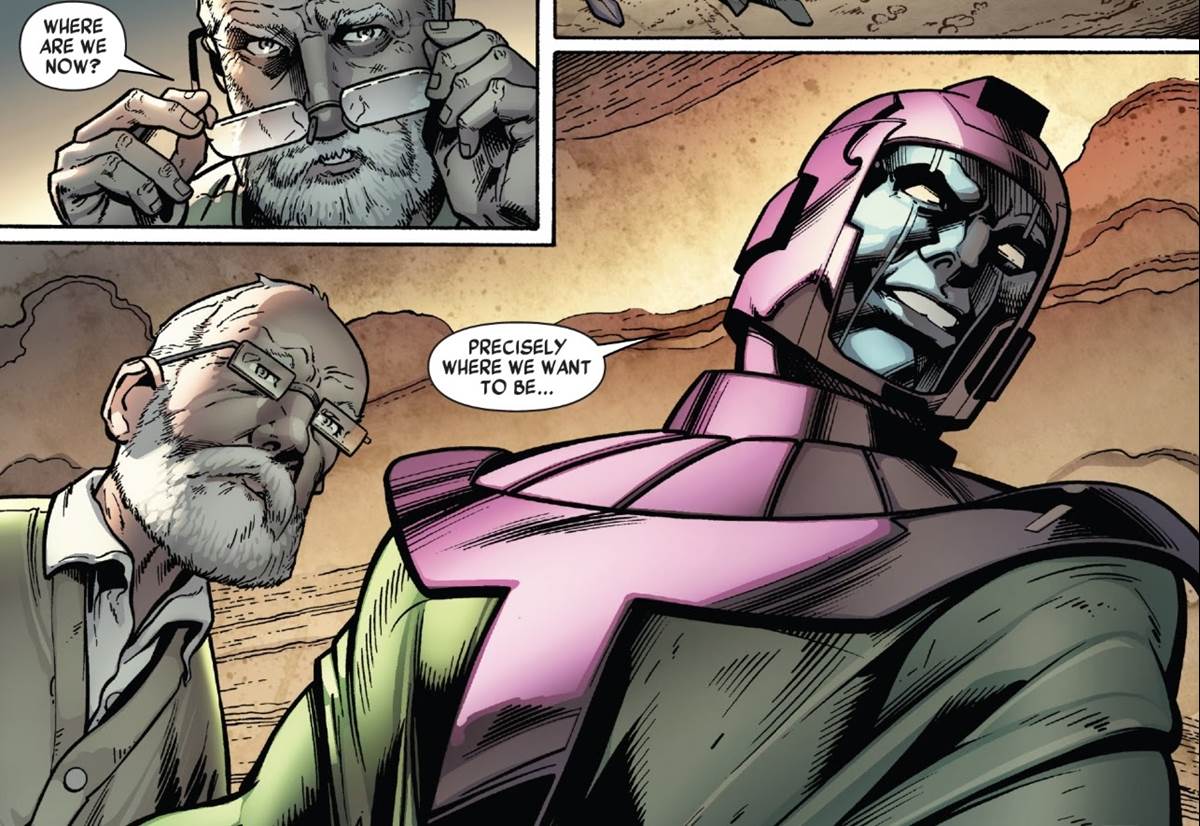 And yet, at the same time, this issue feels very intimate and self-contained. It all boils down to this writer being pulled into an experience unlike anything he’s ever imagined as Kang unfurls his ego. Comic fans could easily pick up this issue with no prior knowledge and enjoy this issue on its own. For the most part, it doesn’t even really feel like the start of an event, but the time travel element will have that effect.

That does change however with the last page. Of course, the start of a major comic event is going to leave you with a cliffhanger and this one has quite a doozy. Typically, I wouldn’t spoil something from a comic, but Marvel did take to Twitter to let everyone know that Miracle Man will have a role to play. Things are about to get very interesting for Kang and the future (and past?) of the Marvel Universe.

You can check out “Timeless #1” now. For more on this week’s comics, check out today’s episode of Marvel Time: