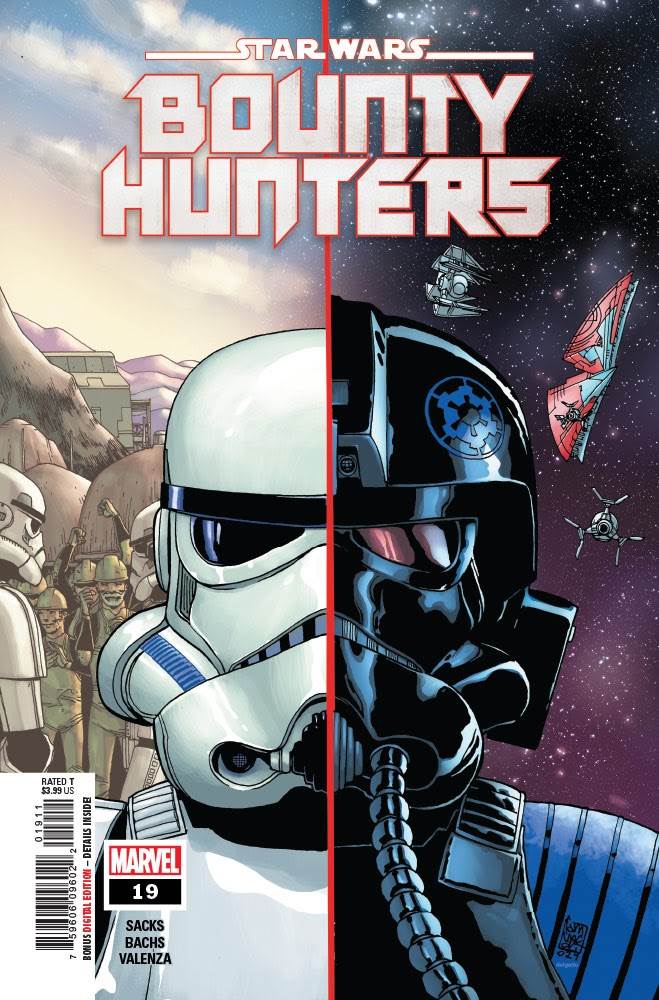 It’s a big day for bounty hunters in A Galaxy Far Far Away, with The Book of Boba Fett having premiered on Disney+ and a new issue of Marvel’s Star Wars: Bounty Hunters title hitting comic shops.

When we last saw Beilert Valance, he was unwillingly conscripted back into Imperial service after having his cybernetic parts rebuilt by Sith Lord Darth Vader in the wake of the events of this year’s epic War of the Bounty Hunters crossover. Now, he’s been tasked with assassinating his childhood hero– an Imperial officer who once “freed” Beilert’s home planet of Chorin, but who has now become just as disillusioned with the Galactic Empire as Valance is. 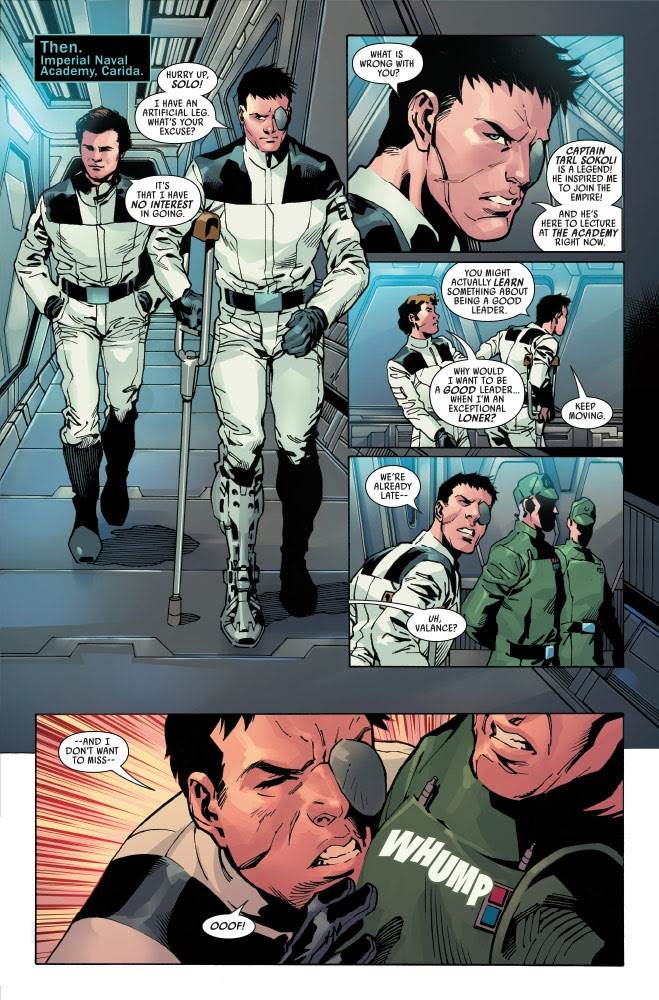 Bounty Hunters #19 opens with a flashback to Beilert’s first time in the Imperial navy– the period during which he served alongside a young Han Solo. In a rush to see his idol Tarl Sokoli give a speech, an already-cyborg Valance literally bumps into the then-captain in a Star Destroyer hallway. Cut to a couple decades later, when Beilert is leading an elite squadron of TIE Defender starfighters on a mission to take out Sokoli aboard his Light Cruiser Forerunner II. Darth Vader has told Valance that Tarl is secretly a mole working for the Crimson Dawn crime syndicate, and whether that’s true or not doesn’t seem to factor into Beilert’s ability to complete the task. After a couple of his squadmates are destroyed by a rival TIE escort, Valance takes the initiative by crashing his own single-pilot ship into the cruiser’s bridge and shooting Sokoli to death in cold blood. 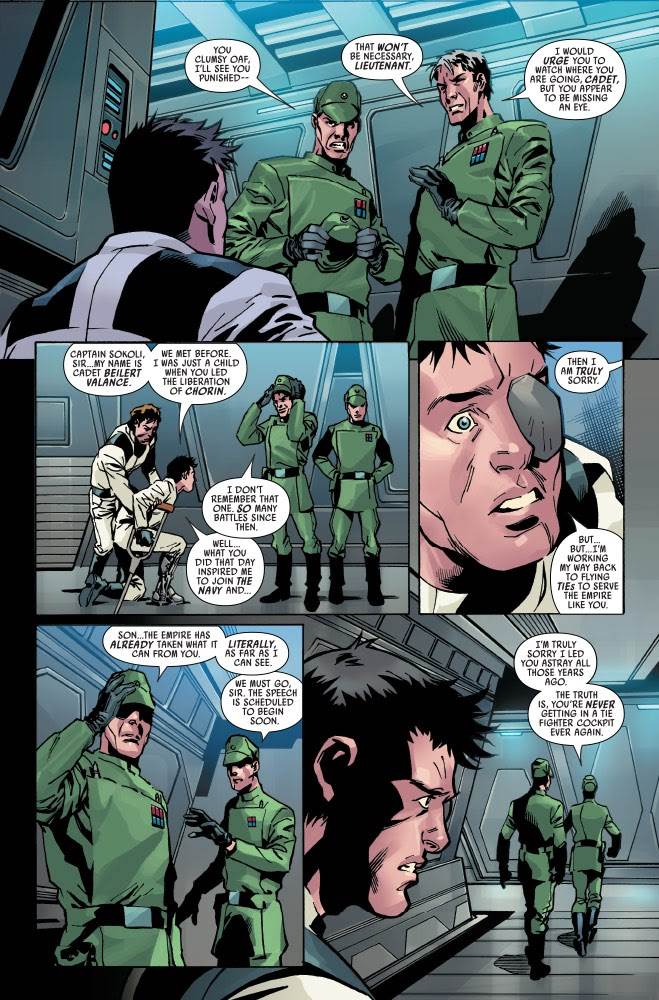 Meanwhile on Ord Mantell, we check in with the ragtag bounty hunter group made up of T’onga, Losha Tarkon, Tasu Leech, Bossk, and Zuckuss. They’ve noticed that the structure of the local criminal underworld is starting to come undone now that Crimson Dawn has made its looming presence known once again in the galaxy. Fearing danger from the Black Sun and the Unbroken Clan, the group decides to make headway in their search for Cadeliah, the star-crossed heir to two crime empires who may help bring peace to the warring syndicates. While I’d definitely like to see the Cadeliah thing wrapped up pretty soon (this particular quest has been ongoing since the Bounty Hunters comic launched in early 2020), I’m enjoying the rest of what this title has been serving up lately. The big change in status quo for Beilert Valance has kept things interesting over the past couple issues, and I’m looking forward to seeing how his relationship with Darth Vader continues to develop over the coming months. As for right now, I’d say writer Ethan Sacks and artist Ramón F. Bachs are doing a good job in keeping things moving and making sure readers care what these bounty hunters are up to in this period set between the events of The Empire Strikes Back and Return of the Jedi.