After a nearly 2 year hiatus, Reed Pop’s C2E2 convention is back! Sure there were some limitations, but for the most part it was the same incredible Chicago Comic and Entertainment Expo we’ve come to know and love. One of the many features of the three-day event were the Spotlights featuring various entertainment and comic guests such as Giancarlo Esposito (The Mandalorian, StarGirl), Chris Claremont (X-Men) and Rob Liefeld (Deadpool, X-Men). 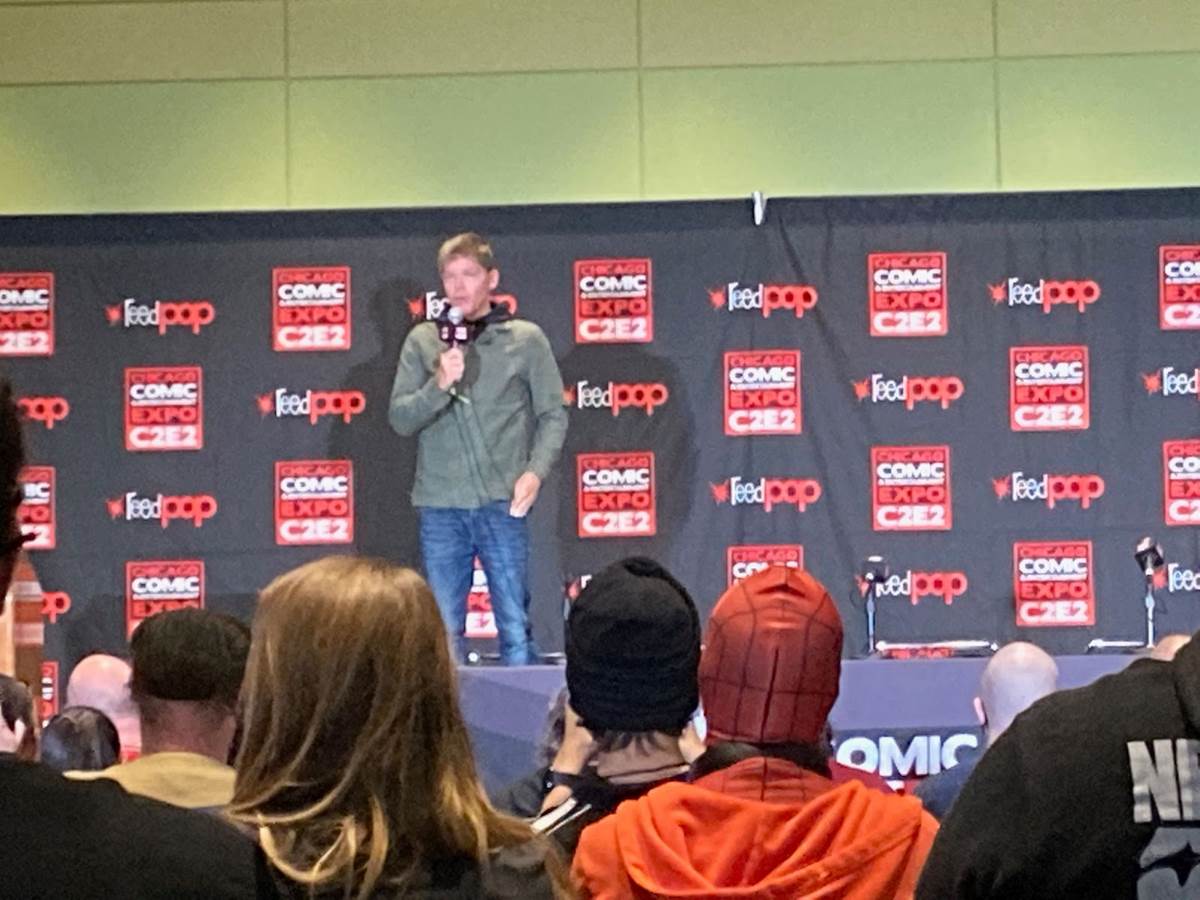 The Rob Liefeld 30 Years of Deadpool and X-Men Spotlight lined up perfectly with our schedule so we went to hear what he had to say about his career at Marvel and writing for two huge franchises. With “Celebrating 30 Years” in the title, I assumed there would be a guided discussion, but there was no moderator and it was just Rob being himself for 30 minutes then answering questions (and running off on tangents) for another 30 minutes…and it was really fun! Dare I say this was more entertaining—by a slim margin—than Chris Claremont’s Spotlight? 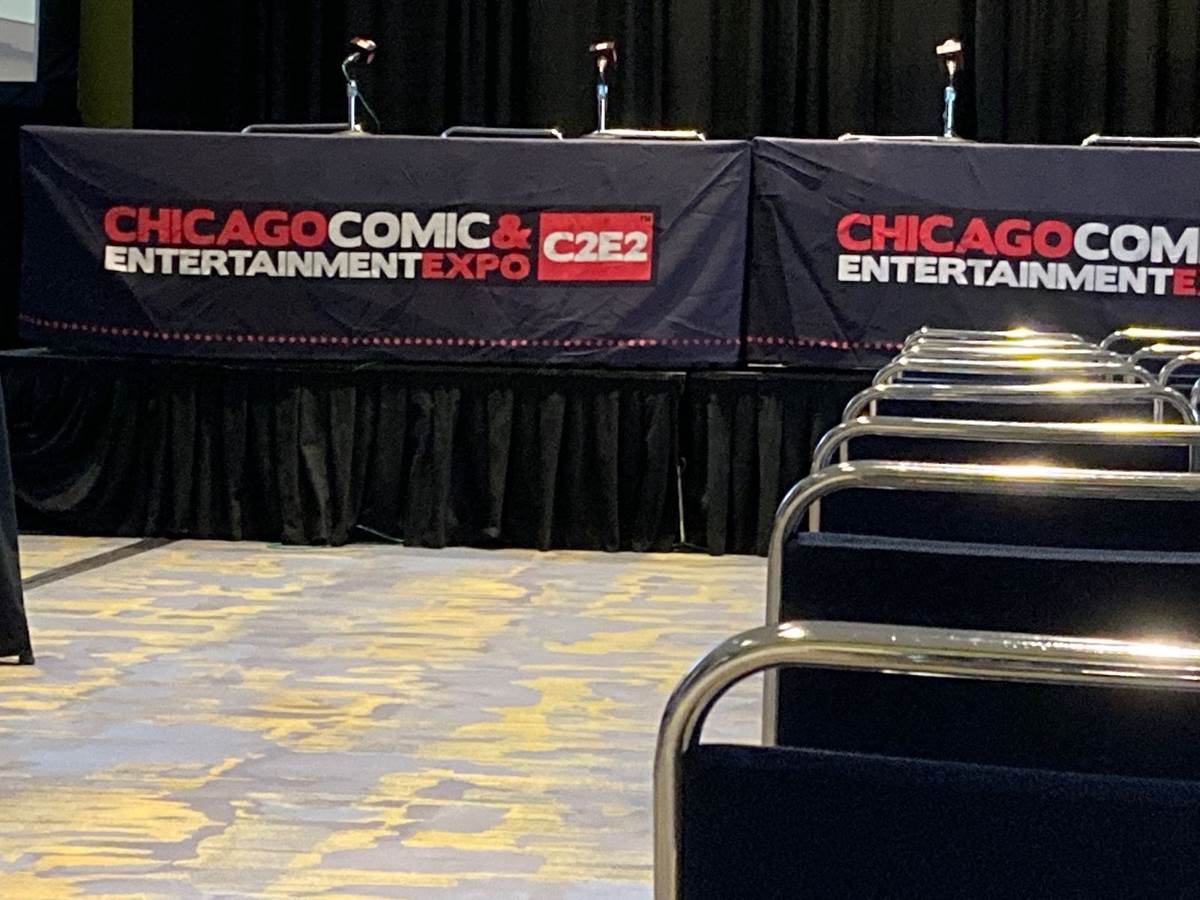 Since Rob had the stage to himself, he started by talking about his childhood and how he got into comics. He grew up in Anaheim and there were three comic stores nearby, but he found that the best comics were always stored in the spinner rack at the liquor store! So even though he was just a kid, he frequented the establishment grabbing brownies, Twinkies or pie and the latest titles.

In his hour on stage Rob’s infectious energy spread to the audience as he jumped from story to story to story and had us laughing non stop. Among the many, many tidbits he shared, the following stood out the most:

Rob has written and produced artwork for many comics including titles at Marvel, DC and Image. However one of his biggest accomplishments was with the Marvel series New Mutants. Rob said he was offered the X-Factor issues which were successful for Marvel at the time, but sought out a challenge and took on New Mutants which was about to be cancelled. Long story short, he co-created the character of Cable and helped bump the title circulation from 110 thousand copies to more than 700 thousand. Cable, of course, recently was featured in Deadpool 2 and was brought to the big screen by none other than Josh Brolin (who also portrayed Thanos in the MCU). Cable in the comics and "Deadpool 2." Photos via fandom.com for Marvel and X-Men Movies

As interesting as all this was, far and away the best stories were about Stan Lee. He said Stan Lee was a gem of a person and could sell anything, that was what made him so successful. Rob also believes that Stan and Peter Parker are synonymous and that character he created was really an extension of himself.

Rob talked about giving up his seat to Stan on a plane and how ecstatic the Marvel legend was that this writer would let him have the better seat so Stan didn’t have to sit near the bulkhead. But wait, it gets better! Another time Rob was invited to the premiere of Captain America: The Winter Soldier and during the film, it became apparent that Stan had fallen asleep. Rob overhead Stan asking, “who is Winter Soldier?” to which his manager had to reply, “it’s Bucky, Stan.” “That’s Bucky?! Why is he fighting with Captain America?” 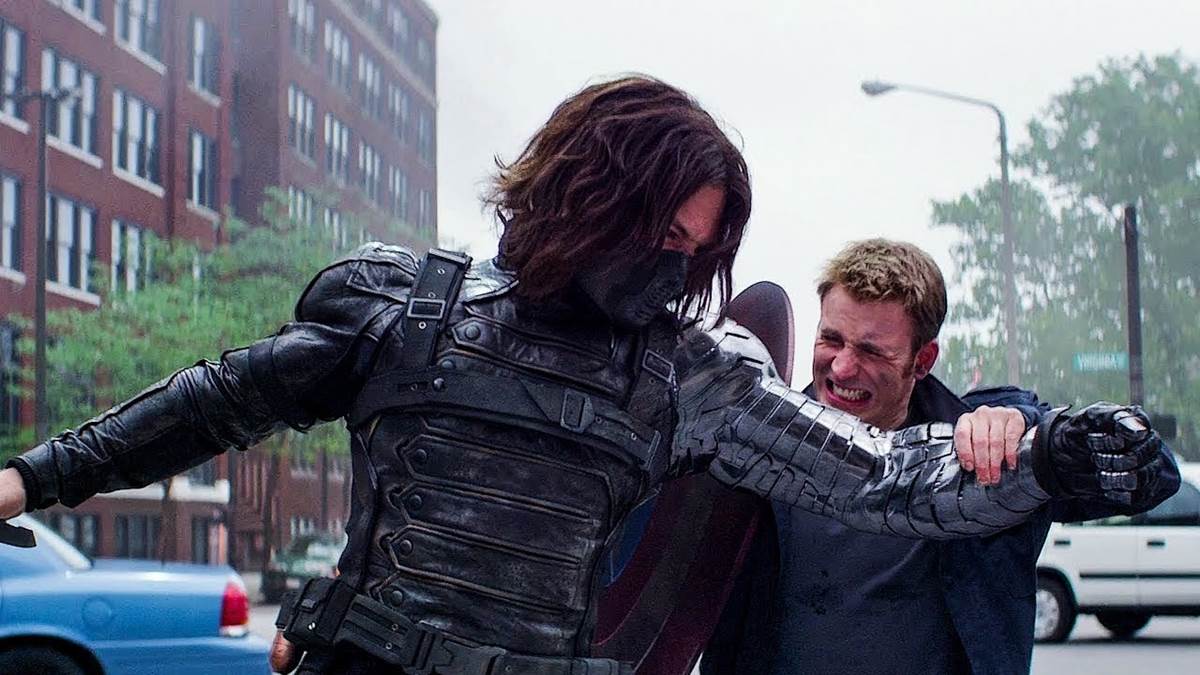 During the question and answer segment, Rob offered some sage advice for an aspiring artist who had a book deal, but had yet to start her work. He encouraged the audience to meet their deadlines. “You got the job because you’re talented, now go kick ass.”

Other audience members asked about the character of Deadpool jokingly suggesting Rob could take on the role of the “Merc with a Mouth” when Ryan Reynolds retires. He said no, that character is all Ryan. As for his favorite Deadpool movie? He likes them both! 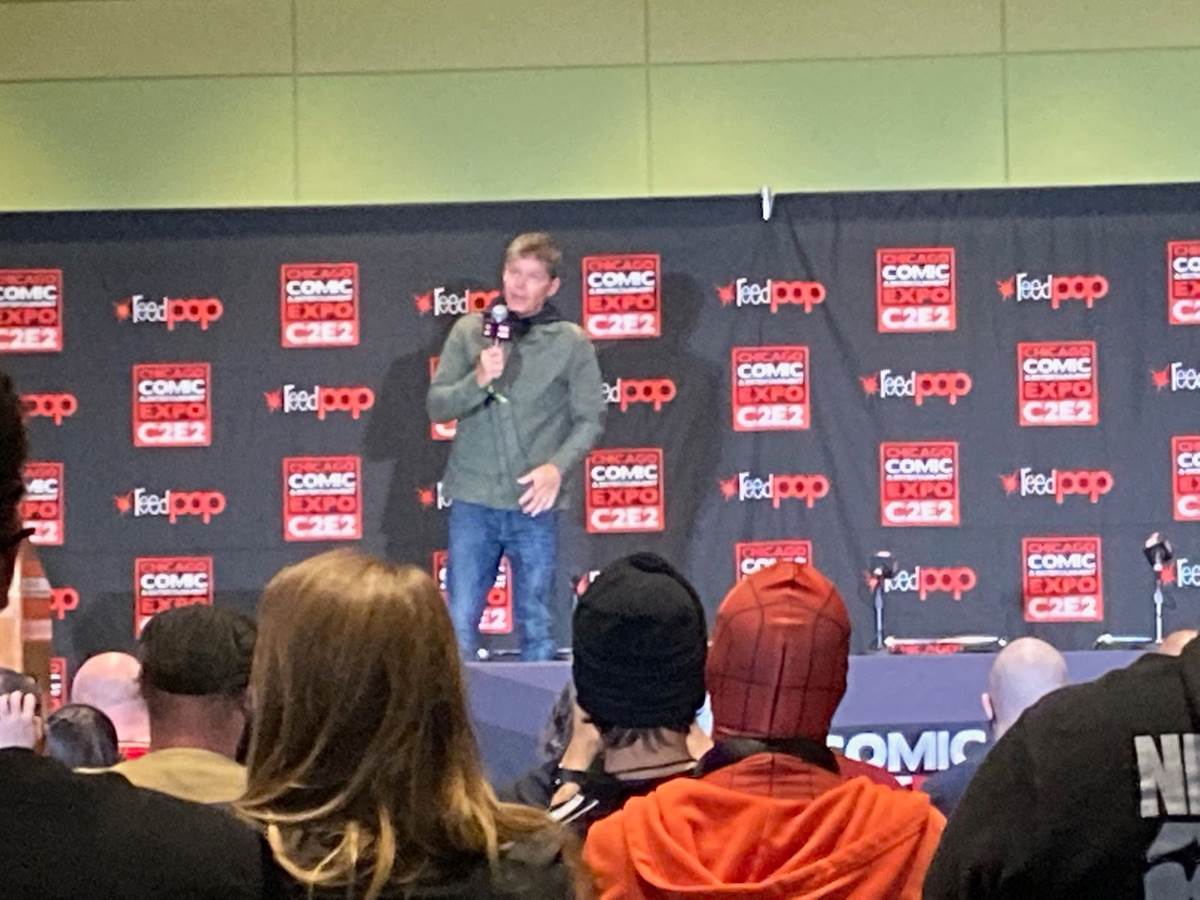 As the session came to a close, Rob made a cynical, bold prediction that comics will one day be a collection of variant covers with blank pages for you to create your own stories! “It shouldn’t happen, but it will.” While we have yet to see if this plays out, it’s an interesting thought about the way companies market to their audiences and what we’re anxious to obtain even if it is ridiculous.

I may not be well versed in the creators behind Marvel comics, but I found this to be a fun, educational and entertaining Spotlight session with Rob and I can’t wait to see what C2E2 has planned for August of 2022!