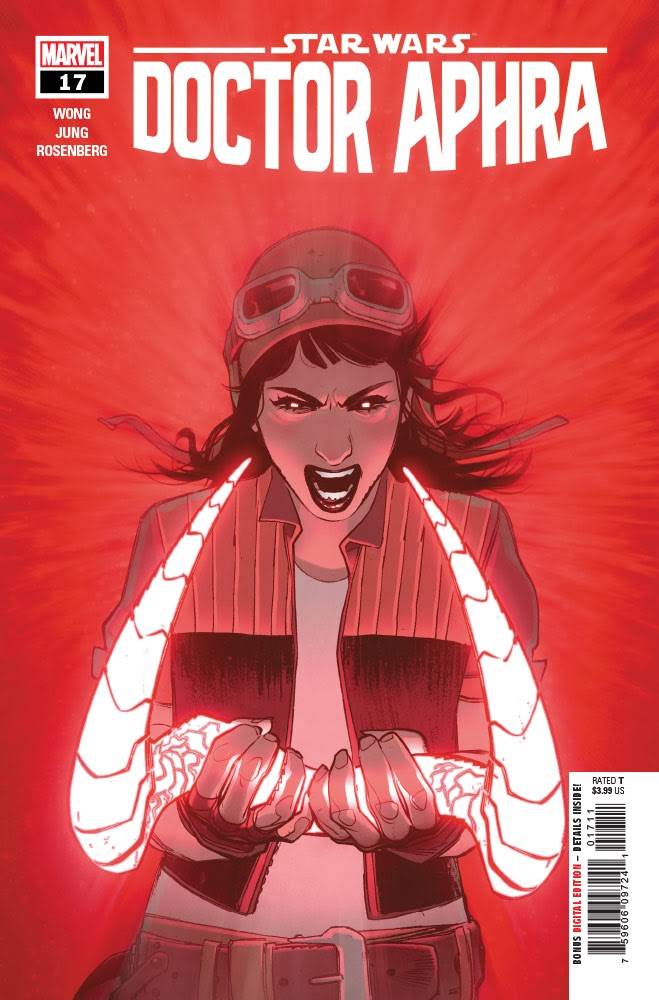 But back in the Doctor Aphra comic itself, Black Krrsantan hasn’t popped up for over a year, as the title character has been off pursuing other goals (and participating in last year’s War of the Bounty Hunters crossover event) without her usual ragtag band of misfits. Instead, she’s now teamed up with ex-girlfriend Sana Starros to track down ancient relics once belonging to a dark-side cult known as The Ascendant. In the cliffhanger ending of the previous issue, readers were led to believe that Chelli and Sana were about to be confronted by a lightsaber-wielding Force user, but Star Wars: Doctor Aphra #17 (which was released yesterday) pulls that particular rug out from underneath us to reveal that it was merely another former acquaintance of Aphra’s. Kho Phon Farrus, like Chelli, is an archaeologist seeking out Ascendant artifacts. But Farrus is something of a dedicated Sith cosplayer and only wants these powerful pieces of antique technology to become more adept in pretending to use the Force. This is a strangely structured issue that spends most of its time introducing this new character as a foil for our antiheroes, though we do also get a prologue continuing the tense power struggle between members of the aristocratic Tagge dynasty. Yes the villainous Ronen Tagge has finally awoken from his bacta-tank coma and made his intentions known to take over the family business from his equally devious aunt Domina. 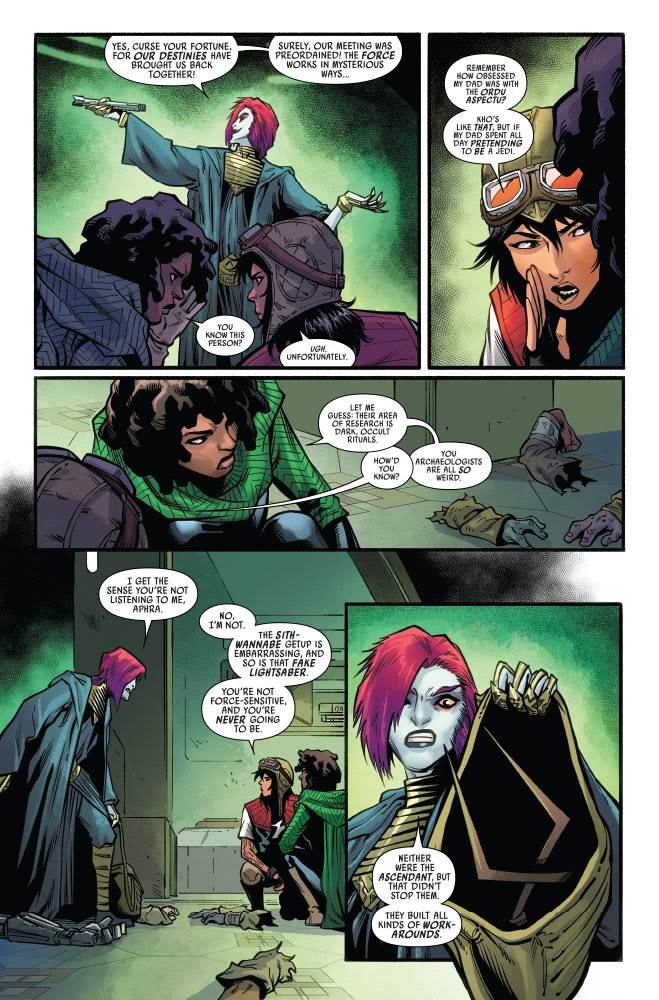 I just don’t know quite yet how I feel about Kho Phon Farrus as a character or about “fake Force powers” as a Star Wars concept. I liked the potential of exploring the history of The Ascendant when they were introduced a few months ago, but when it was revealed in this issue that Farrus was using magnets to make a bunch of severed limbs float around, my first thought was that this all feels a little silly. There’s another twist ending here that connects this arc of Doctor Aphra to the current Star Wars: Crimson Reign miniseries, but I’m not sure if that’s enough to make this narrative interesting beyond the general gimmick. I do think writer Alyssa Wong and artist Minkyu Jung are still doing a good job of capturing the spirit of what Chelli Lona Aphra brings to the table in A Galaxy Far, Far Away, but it may take me a few more issues to embrace where they’re going with this story. 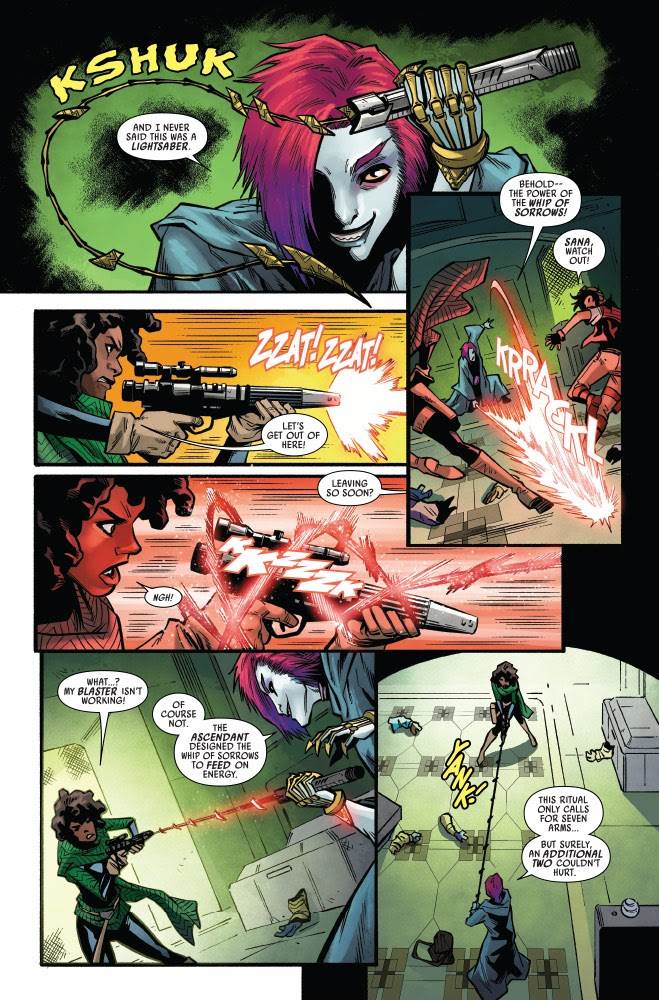