When ABC News Chief Meteorologist Ginger Zee introduces your local weather on Good Morning America, her Al Roker-inspired sign-off is “A little closer to home.” That phrase is also the title of her new book, A Little Closer to Home: How I Found the Calm After the Storm, a follow-up to The New York Times bestseller Natural Disaster. Her first book was a memoir that read like a revealing autobiography and touched on some heavy themes like depression, while also full of comical anecdotes. The follow-up is an expansion of the darkest moments of her life, filling in some gaps from Natural Disaster while also starting a conversation with the reader, proposing questions of your own self-examination. 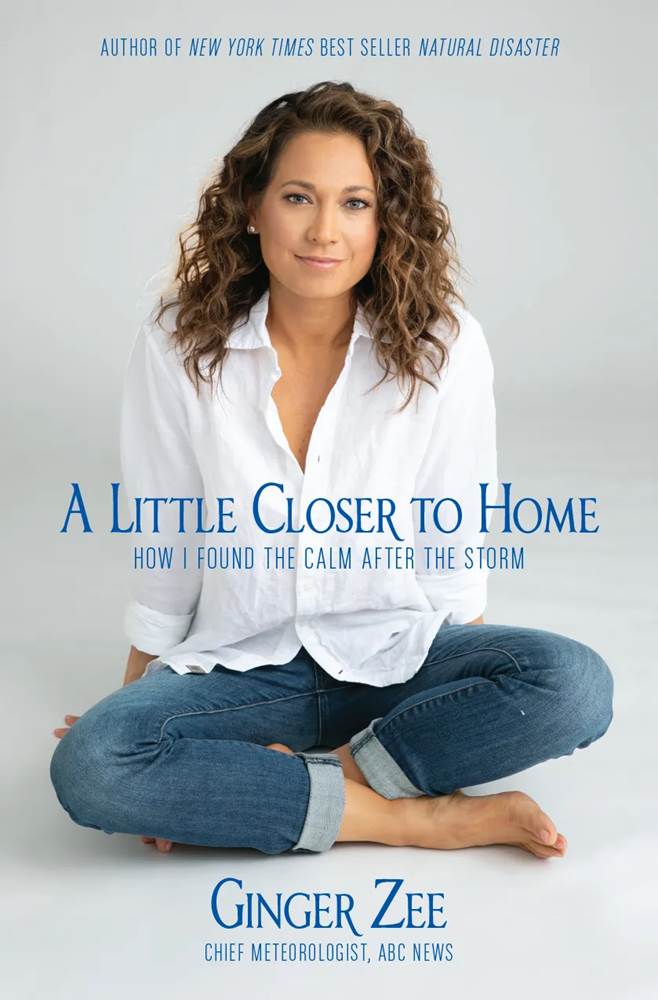 Triumphantly on the other side of some metaphorical rainy days, Ginger Zee takes you through her journey of healing, advocating for removing the social stigma surrounding mental health and championing your own success in similar endeavors. Through an introduction to the eighteen chapters, she cautions that this journey was tough for her, and will be tough for you by extension. Natural Disaster was full of lighter self-deprecating anecdotes, but A Little Closer to Home digs deep into the storms she’s weathered.

The first half of the book takes a close examination of Ginger’s formative years, particularly how her parents’ divorce affected her emotional growth and the discovery of one of her first mental hurdles, anorexia. Along the way, there are a few anecdotes that we can laugh along with her at, and with hindsight, Ginger always recaps the stories with how she feels about them now, continually demonstrating what life looks like from the other side of healing. This is important, because the book progresses into some very dark times, at times becoming hard to read as a result.

An extension of her depression, Ginger recounts several suicide attempts she made in the past (The book presents a warning about this upfront, along with the contact information for the National Suicide Prevention Lifeline and Crisis Text Line). She also shares her personal experience with rape and abortion, bravely opening up in an effort to help other women who may have found themselves in similar situations. On the topic of abortion, Ginger tries to be as apolitical as possible, acknowledging that the reader may have a very different opinion about it and may judge her for it. If you’ve already started reading and feel compelled to stop, I encourage you to at least power through that chapter (titled “The Choice”). As with each story, Ginger recounts in detail the inner turmoil she experienced from that event, with potentially life-saving advice for others.

Natural Disaster is an easily accessible memoir for anyone who loves watching Ginger Zee on GMA. The follow-up, A Little Closer to Home, certainly has some of the same aspects that made Natural Disaster a great read, but it also feels like a hybrid self-help book. In that regard, A Little Closer to Home is likely to be a more meaningful experience for anyone whose life has been impacted by mental health challenges, whether personally or by extension through a loved one. But that's most of us, right? 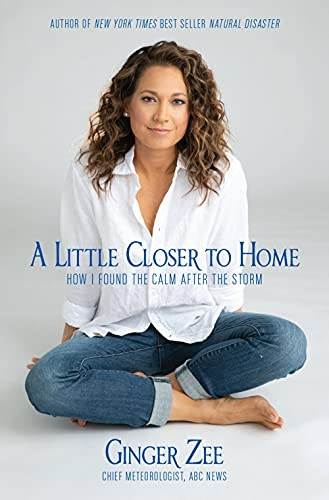 A Little Closer to Home: How I Found the Calm After the Storm: Zee, Ginger

Ranked: The Top 10 Extinct Attractions at Universal Orlando
TV Recap: “Queens” Sees the Girls Adjusting to a Member’s Absence in “Bars”
This Friday’s “20/20” to Focus on the Tragic Murder of Molly Watson
Why I’m Restlessly Waiting for The Conclusion of Season 2 of Disney Channel’s “The Owl House”
“Jimmy Kimmel Live” Guest List: Jim Gaffigan, Peter Dinklage and More to Appear Week of January 10th