Bienvenido a la Heritage House Vinyard in Sonoma, CA. Take in the natural beauty of wine country while sampling an assortment of wines grown by the Sandoval family’s winery on their gorgeous palatial estate. Perhaps you’ll get a peek at the Sandoval family during your visit, but if not, you can look into their lives anytime via the new ABC drama Promised Land, premiering Monday, January 24th. The world is full of haves and have-nots and at Heritage House, that disparity is on full display. The extravagant Sandoval family lives like royalty, surrounded by their growers, pickers, and maids, some of whom are undocumented. With a past full of lies and deception, patriarch Joe Sandoval (John Ortiz, Silver Linings Playbook) is doing everything in his power to keep Heritage House for his five children and away from the clutches of Margaret Honeycroft (Bellamy Young, Scandal), the sole descendant of the winery’s founder. But in a world full of greed, anybody would want what the Sandovals have, including members of the family who would like to keep it all to themselves.

With a large ensemble, one of the things Promised Land does extremely well is develop each of the core characters into a well-rounded individual without a ton of exposition. Joe and his wife Lettie (Cecilia Suárez, The House of Flowers/La Casa de las Flores) get the most amount of backstory in the premiere, but you come away from it with a good sense of who each of their adult children are, as well as the dynamics of their relationship.

Promised Land is full of twists as juicy as the grapes that become wine at Heritage House. Like Scandal and This Is Us, the series is not only full of deceptive characters, but delights in deceiving viewers. The premiere weaves a tangle web and sets up a lifetime of complicated problems for the Sandovals and anyone who comes into their orbit. 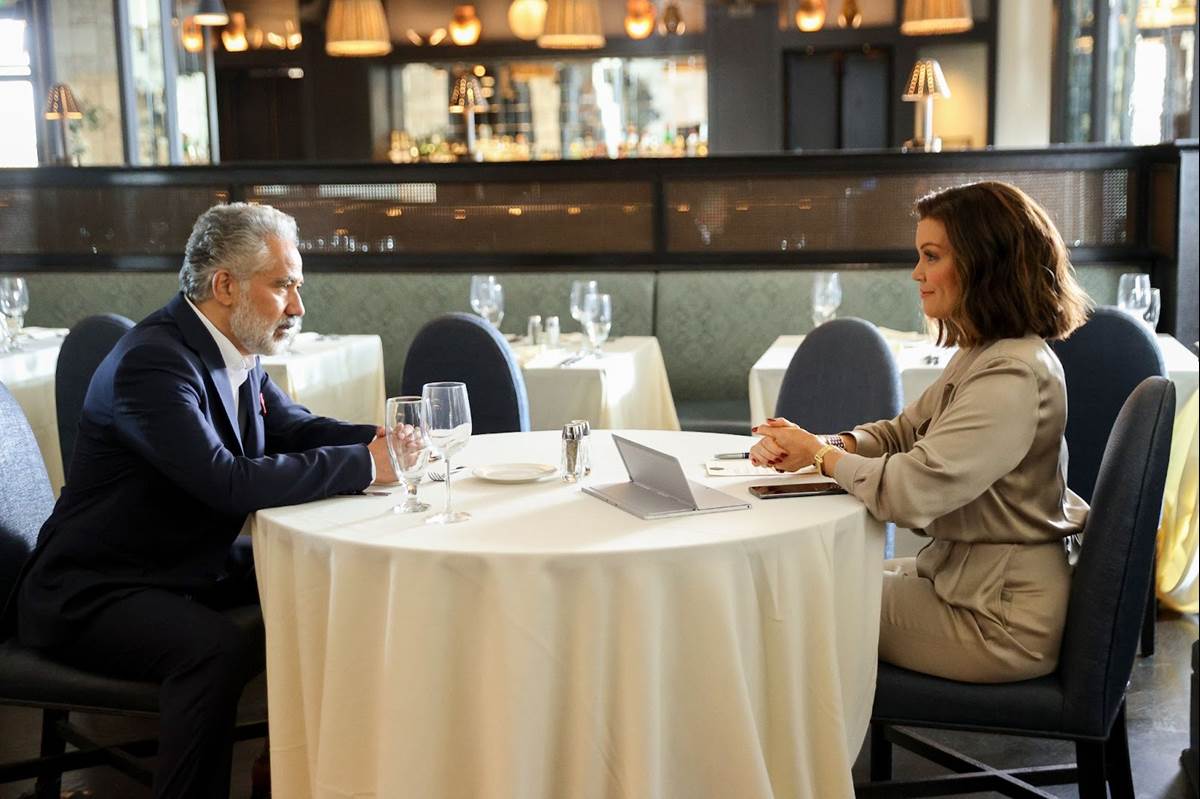 With a mostly Latinx ensemble of characters, Promised Land touches on themes that other shows can’t do as eloquently. Immigration is a big one, as are trafficking, racism, and addiction. The show also features a non-stereotypical gay character in the form of the eldest Sandoval son Antonio, played by Tonatiuh. Adding to the drama of the family dynamic is the fact that they’re also blended, with two children from Joe’s first marriage and two from Lettie’s, with one teenager from their own union.

Promised Land is off to a promising start and feels right at home on ABC alongside Big Sky and Queens. It’s a different kind of drama than both of those shows while still fitting into the primetime soap formula. At the same time, it’s shattering all the molds and making a splash.

I give Promised Land 4 out of 5 Heritage House wine labels.

Promised Land premieres Monday, January 24th, at 10/9c on ABC. New episodes will stream on Hulu the day after air and ABC will debut the second episode almost a week early when the first starts streaming January 25th.