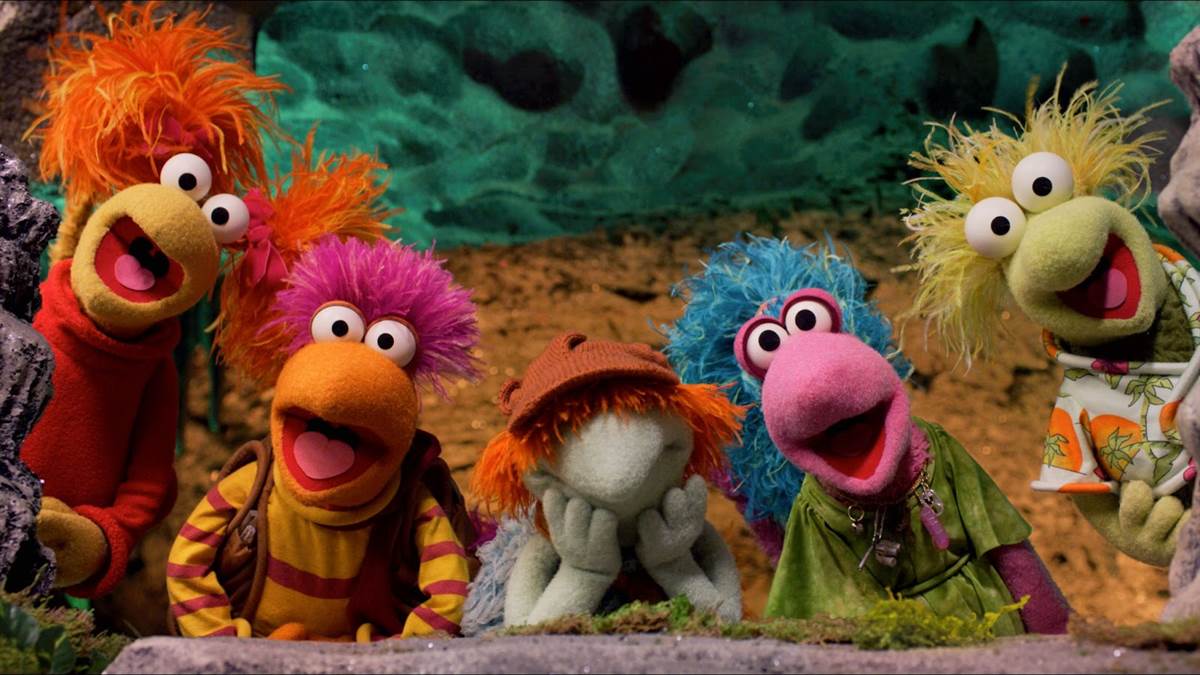 When I was three years old (pretty much the perfect age), Jim Henson’s original Fraggle Rock series premiered on HBO, and I– already a Muppet devotee since birth– immediately fell in love. Over five seasons in the mid-80s, Fraggle Rock released nearly 100 episodes, and kids like me grew to know the main characters of Gobo, Mokey, Wembley, Boober, and Red like they were real.

In 1987, the show came to an end, and– though it was followed by a short-lived animated version and cameo appearances by the gang in projects like A Muppet Family Christmas and a Ben Folds Five music video– the magic of Fraggle Rock has never really been fully recaptured… until now, that is. As of this coming weekend, The Jim Henson Company and Apple TV+ have joined forces to revive the series with 13 all-new episodes that reunite the above-listed Fraggles with their friends, the show’s giant antagonists the Gorgs, and more recognizable puppet faces. 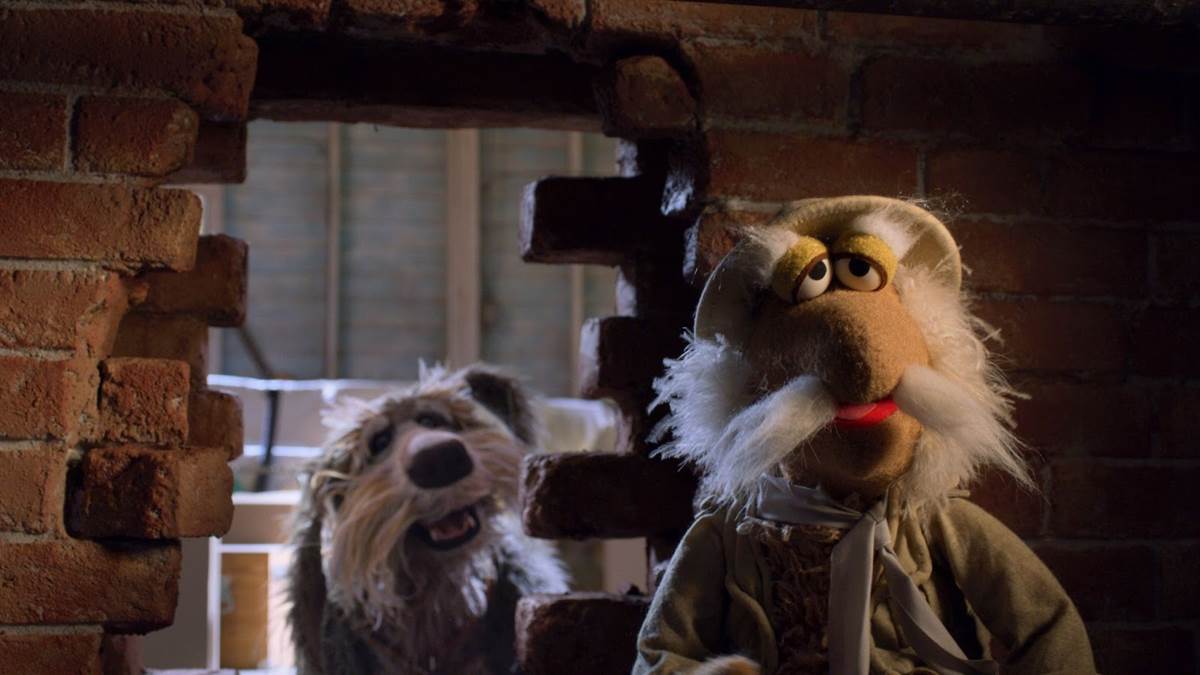 In its pilot episode, Fraggle Rock: Back to the Rock begins with a familiar premise: Gobo Fraggle’s (now performed by John Tartaglia) Uncle Traveling Matt (Dave Goelz, returning from the original series) is preparing to venture into Outer Space– what we’d call the human world, and he invites his nephew to join him on his adventures. But by the end of the first episode, Gobo learns that he’s plenty happy remaining in Fraggle Rock to have his own adventures with friends Mokey (Donna Kimball), Wembley (Jordan Lockhart), Boober (also Goelz), and Red (Karen Prell, another O.G. cast member). Each episode also checks in with a new human “Doc” (actress Lilli Cooper of Steven Spielberg’s The Post, filling the amiable shoes of Gerard Parks, who passed away at age 90 in 2014) and her dog Sprocket (Tartaglia again) in their workshop, while the Fraggles still find themselves at odds with the menacing but incompetent Gorgs and frequently seek advice from the wise old Trash Heap (voice actress Aymee Garcia of Marvel’s M.O.D.O.K.). And let’s not forget those industrious Doozers, who work nonstop to create the towering maze of miniature skyscrapers that the Fraggles consume as their food. These are all comforting carry-overs from the Fraggle Rock I knew and adored in my youth, but this iteration of the show also delivers a lot of fresh, new material. The first thing that struck me when I started watching the screeners Apple TV+ sent over was how absolutely, undeniably gorgeous Fraggle Rock: Back to the Rock is. The original series always looked and felt pretty cool, but revisiting the old episodes on my Blu-ray set often reminds me how dated its DIY-style production value is. This new version features far grander, more realistic-looking environments, a lush color scheme with attractive, crisp digital cinematography, and puppet designs that truly honor the legacy of creator Jim Henson. And once I got past gaping in awe at how amazing everything looked aesthetically, I was able to appreciate how much obvious care is being put into the show’s writing and editing, recapturing the spirit of Fraggle Rock while skillfully updating its perspective and overall kinetic energy for contemporary audiences. Within the first few episodes I’ve watched of the new show, the Fraggles learn lessons about increasingly relevant topics such as consent and the importance of facts, driving home the writing staff’s ambition to help shape the minds of tomorrow as they’re revisiting a beloved property from the past. There’s so much to love here that I can’t wait to sit down and watch the remaining ten episodes, but I’ve also enjoyed what I’ve seen so much that I kind of don’t want it to end. Like the DuckTales reboot that ended last year on Disney XD, Fraggle Rock: Back to the Rock has revived one of my favorite childhood properties and made it look and feel the way it always did in my head. That’s a commendable accomplishment, indeed. 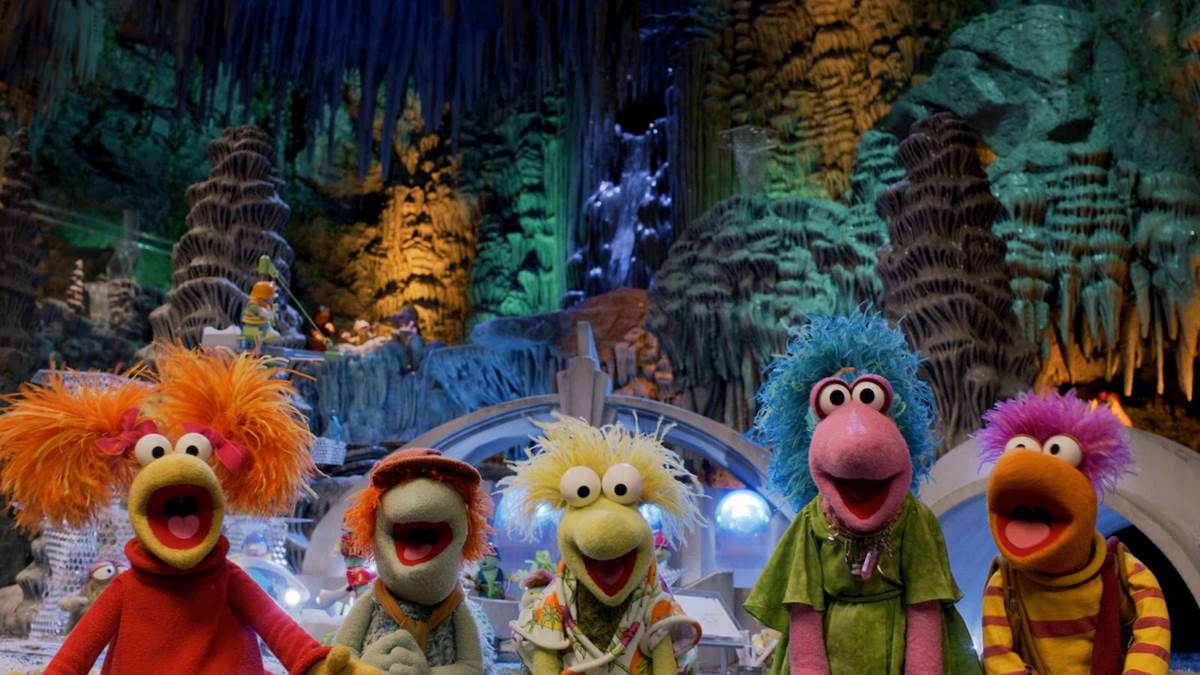 All 13 episodes of Fraggle Rock: Back to the Rock will be released this Friday, January 21, exclusively on Apple TV+.