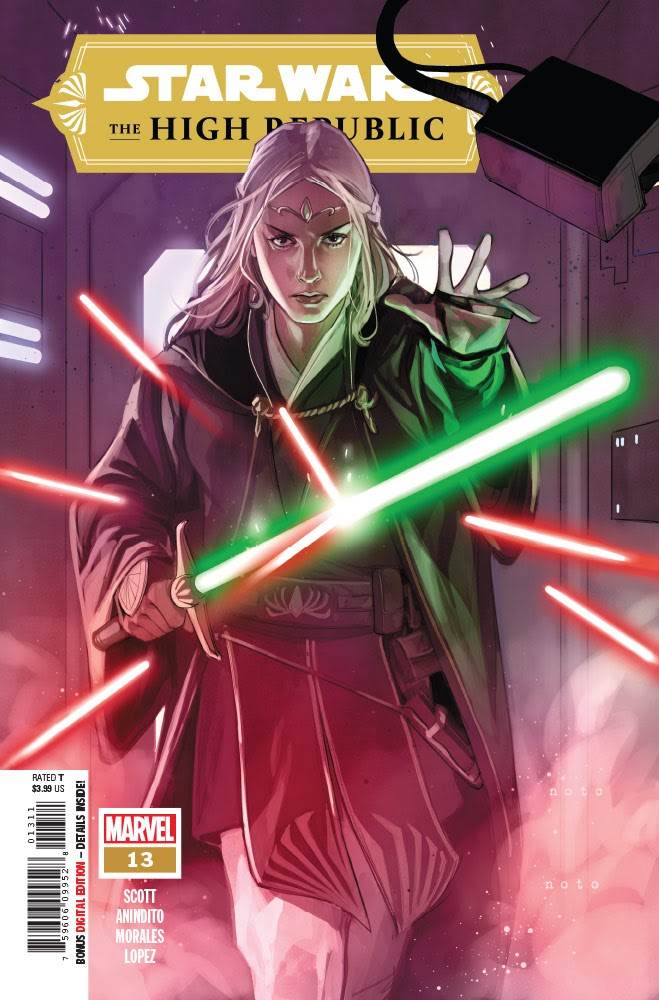 In this month’s adult-targeted novel Star Wars: The High Republic – The Fallen Star, the Jedi of Starlight Beacon space station face a devastating attack from the ruthless band of marauders known as the Nihil. But Marvel’s Star Wars: The High Republic comic book is still catching up to those events, with Starlight’s Marshal Avar Kriss having taken the starcruiser Ataraxia (along with Keeve Trennis and Sskeer) to the region called No-Space to stage a preemptive strike against the Nihil and capture (or kill?) their presumed leader Lourna Dee.

The High Republic #13 opens with the Nihil’s actual leader, the “Eye” named Marchion Ro, briefing his underlings on what to do in case of just such a Jedi assault. Basically Marchion tells them they’re on their own, as is his wont, and Dee and her fellow Tempest Runner Zeetar are left to fend for themselves as the Force-users resolutely board their “Great Hall,” almost Darth Vader-style. And the Jedi’s incursion isn’t the only thing that’s starting to feel a little bit like Darth Vader. Upon stepping foot in the Nihil base, Avar Kriss immediately begins to lose control in combat against her enemies. She kills Zeetar by exploding his own flamer suit, then heads off on her own to track down Lourna. But Keeve Trennis is having none of it, and stops Avar in her tracks despite being ordered by the higher-ranking Jedi to stand aside. The two have a brief confrontation, but are interrupted by Lourna Dee in a much bigger mech suit. Dee knocks Keeve unconscious and dukes it out with Kriss, then orders her own people to fire on the Great Hall in order to take out the Jedi– even though it will likely mean the deaths of many Nihil on board. Avar gives in to her anger and makes quick work of Lourna’s suit as well, demanding that she yield before cutting off her hand (wielding bond-twin Jedi Knight Terec’s stolen lightsaber– see a few issues ago for details). The issue ends with Trennis coming around, only to find Kriss about to cut down Loruna Dee for good. 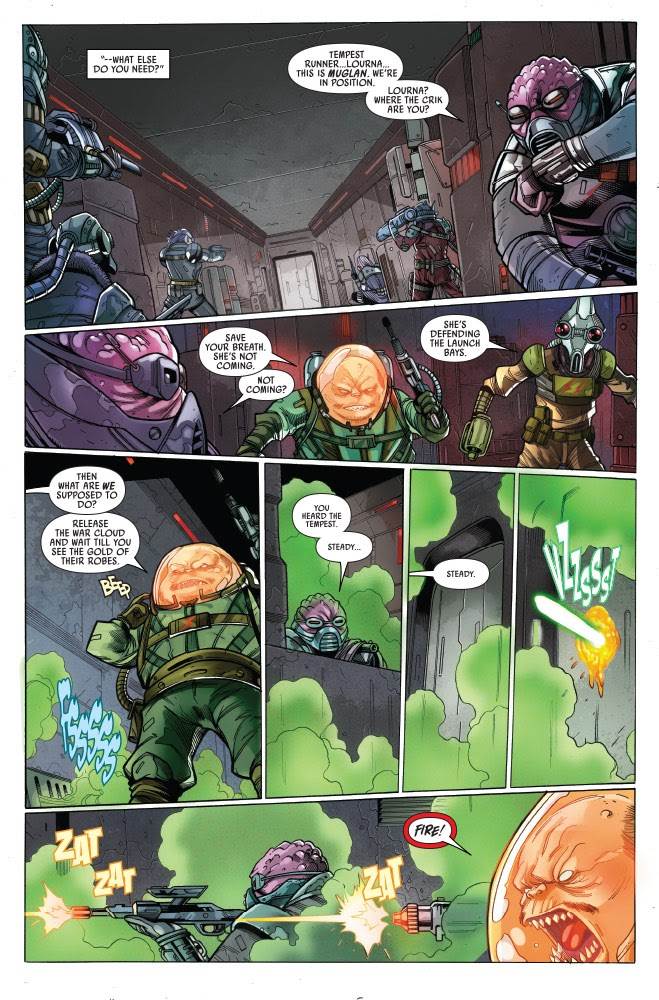 There’s so much action in The High Republic #13 that the time I spent reading the issue flew by for me, and writer Cavan Scott’s dialogue and plotting are as crisp and zippy as usual. Artist Ario Anindito’s illustrations are also wonderful, and I found myself completely engrossed in the story thanks to both the script and the visuals. Scott and Anindito have proven themselves a wonderful team over and over again in this series, and this installment only goes further in cementing that impression. With The High Republic comic coming to a temporary end just two issues from now (before it rewinds time 150 years for the second phase of Lucasfilm Publishing’s ambitious multi-platform initiative), I can’t help but wonder how Scott is going to wrap things up… and where #15 will conclude in relation to the ending of The Fallen Star. We’ll have to wait until the end of February to find out, but for now I’ll be coasting on the high-energy excitement that this month’s adventure handily delivered. 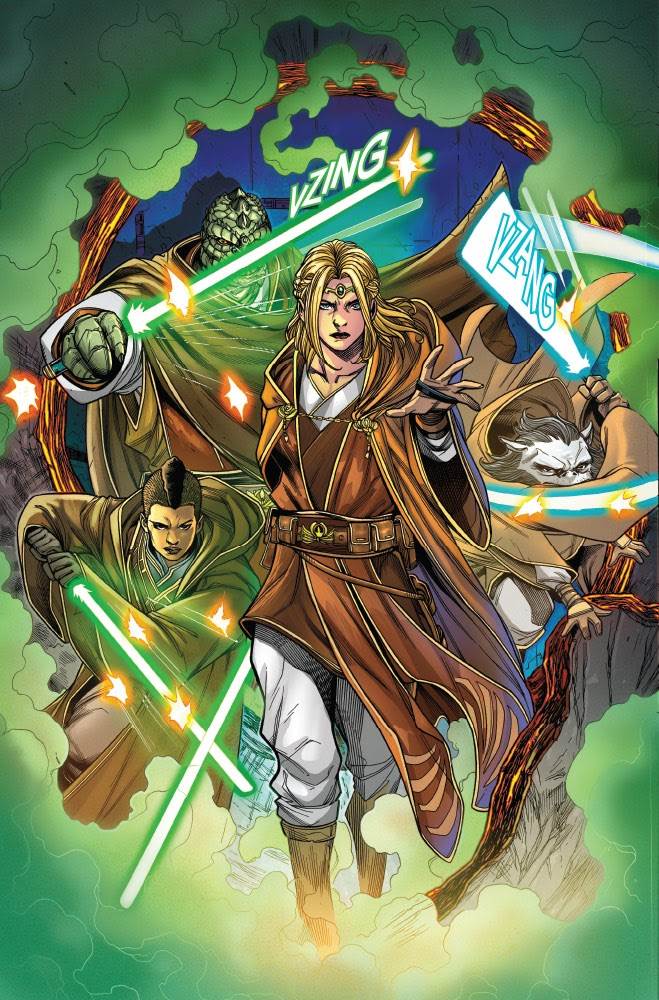 Star Wars: The High Republic #13 is available now wherever comic books are sold.