Nasty Girl Records has released its first single and now they’re on the hunt for new artists to join the label! Valentina is invited to do a guest verse with a Latin superstar on his new song, Jill finds a child star with serious pipes—and a helicopter parent—and Naomi learns that her daughter has music aspirations that extend beyond classical piano. 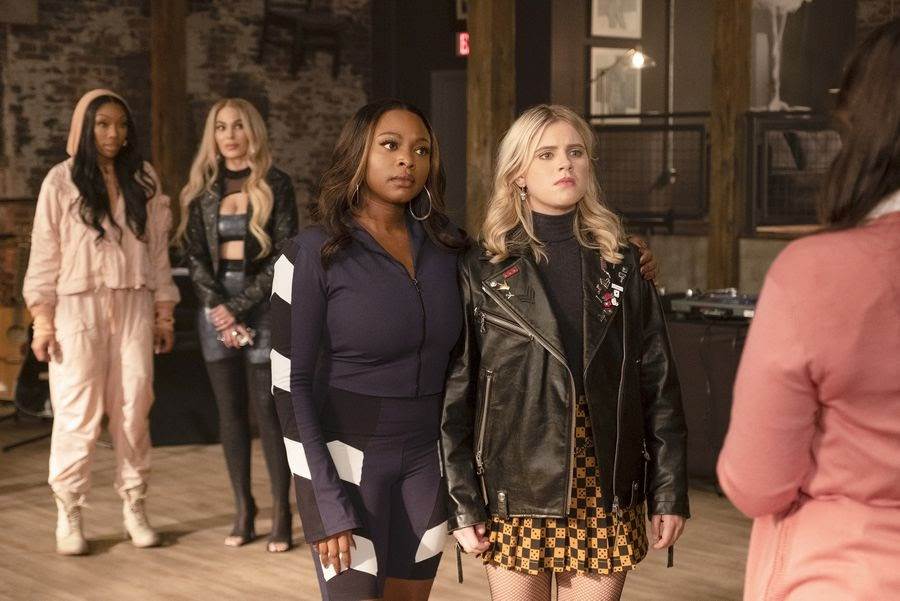 Please note this recap contains spoilers for season 1, episode 11 “I’m A Slave 4 U”

Kicking things off this week is a network sitcom Anacadabra about a magical witchy girl who uses her powers to freeze the mean girls…and it must be Wednesday, because they’re wearing pink! The show changes into a news report as it’s revealed that the actress who plays Ana is arrested, but someone has posted her bail…Jill (Naturi Naughton) and she wants to sign her to Nasty Girl Records (NGR).

It’s three days earlier and following the successful debut of Zadie’s new song, the girls are talking about the next single they need to release. Naomi (Brandy) suggests they drop Valeria’s (Nadine Velazquez) music first, but she says she’s not ready. She has however been asked to do a guest spot on fellow Puerto Rican artist Resonance’s (Armando Acevedo) record, and this is good news for NGR as they can reach an even bigger audience. Val hopes this means she’ll have the opportunity to rap in Spanish too. Meanwhile, everyone is going to start looking for artists to sign to build the business. They need to find artists who can tour since that’s where the money is. They won’t sell out residences.

Jill’s day job has her acting and she takes a guest spot on Anacadabra where she meets lead actress Madison Pierce (​​Elyse Bell) and her seemingly overprotective mom, Trish (Kim Director).

Val heads to the studio to record with Resonance and he’s excited for this crossover opportunity. She shares that she wants to rap in Spanish which surprises him as he always thought of her as a gringa. Val pushes further stating her desire to rap in her navite language. Resonance isn’t interested and tells her, “You can rap how I want or you can bounce.” 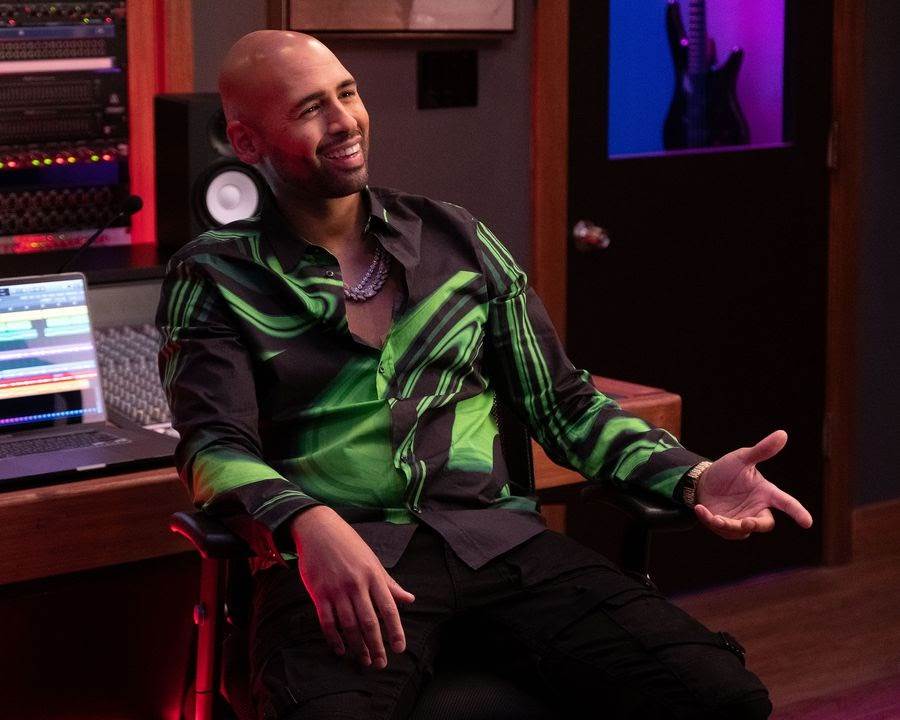 Naomi takes to SoundCloud to find some fresh, raw talent, but keeps coming up short. She’s reached out to some management, but no one wants to collaborate without Queens, and it doesn’t seem that Bree will be coming back from Costa Rica anytime soon. Naomi gets a call from the Dean of Jojo’s (Precious Way) school to say she hasn’t been attending classes. Naomi confronts her daughter who informs her that she’s been doing hip hop and wants to rap. Naomi is not having this, considering how hard Jojo had to work to even get into the conservatory. Jojo argues that since moving to LA she’s been learning about herself and reminds Naomi that she chose music over her daughter. Even Eric (Taylor Sele) is hesitant to take Naomi’s side, but it doesn’t matter because Jojo declares, “I don’t need your permission” and walks out.

During a break on the set of Anacadabra, Jill comes to the trailer and asks Madison if she wants to walk. The 21 year-old goes with Jill and reveals that her mom likes to know where she is all the time. Jill tells her it took 40 years for her to finally break free from her dad’s control. Madison admits that she wants to write her own music and has suggestions for some changes on the show, then tells Jill about her conservatorship.

Val is back at the house having walked out on Resonance after the two of them had different viewpoints on his song. Naomi tells her that Jojo wants to rap and she’s not happy about it. Val tells her that Jojo is a grown woman, and she’s gotta let it see where it goes. Naomi offers her own advice, go back to Resonance and save the Spanish until the next album. Nasty Girl Records needs this song. Val sighs, “you want people to be free of expectations as long as they are salve to yours.”

Jojo goes to the studio to talk to Eric and he listens, but tells her he won’t support her leaving school. She says she just wants to record and he agrees to let her, playfulling saying “if it’s fire it’s yours, but if it’s wack I’m trashing it!” She laughs and he records her. She’s pretty good.

Jill presents one of the Anacadabra songs/albums to the girls as a potential artist to sign, but they aren’t feeling it, it’s too pop and cutesy. Jill points out beyond the show’s character, Madison can really sing. Plus she’s quite popular and has 11 million followers. She’s a good honest person who’s surrounded by bad people. As they’re talking the news of her arrest breaks.

Jill brings Madison to the studio where she admits that she wanted to get arrested so she could spend a few nights out from under her mother’s control. She feels that Trish has stopped being her mom and is solely focused on being her manager. Jill says she’s going to help Madison, but first they need to get her financially independent, then they can work on the conservatorship.

Back at the house, Jojo and Eric listen to the track she recorded and he tells her he’ll play it for Naomi. He’s interrupted by a phone call and leaves his computer open. As he steps away, Jojo decides to upload the song to SoundCloud.

With Jill and Madison on the same page, the young actress shows the rest of the girls what she can bring to NGR. She has a strong voice and a raw honesty that would fit perfectly with what they're looking for and Naomi is especially impressed. And just in time for Trish to find them. She’s both overly sweet and intensely controlling of Madison, while visibly trying to keep her own composure. Madison asks for a moment to say goodbye and Trish walks out. Madison asks for their help saying she wants to hire a lawyer, however NGR can’t support her financially right now. Jill says she’ll pay for the legal fees. 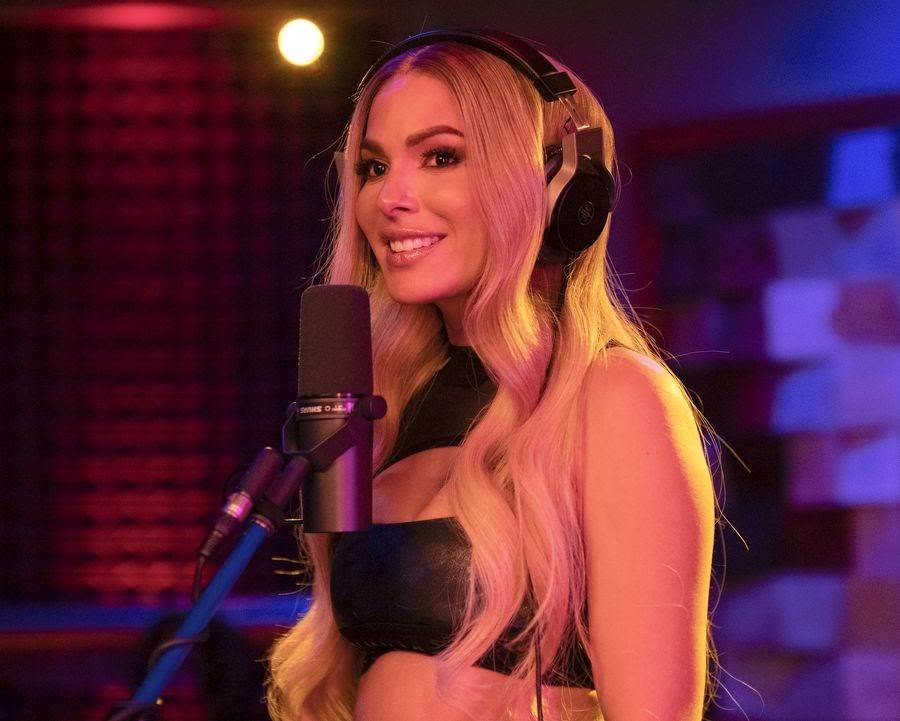 Val goes back to Resonance and asks for a chance to show what she can do in Spanish. He lets her perform her flow and seems to like her song, but instead drops her guest from the guest verse.

Eric learns about Madison Pierce possibly signing with NGR and says she could be next Christina Aguliera, and then they tell him about conservatorship. They sure know how to pick them. So with Madison’s troubles and Val off the bilingual song, Naomi heads back to SoundCloud where she finds a song that has comments that say “women can’t rap.” She takes this as indication that the artist is actually good. Of course it’s Jojo and of course she is vibing with it until she realizes it’s her daughter. A guilty Eric looks at her and says, “we should talk.” 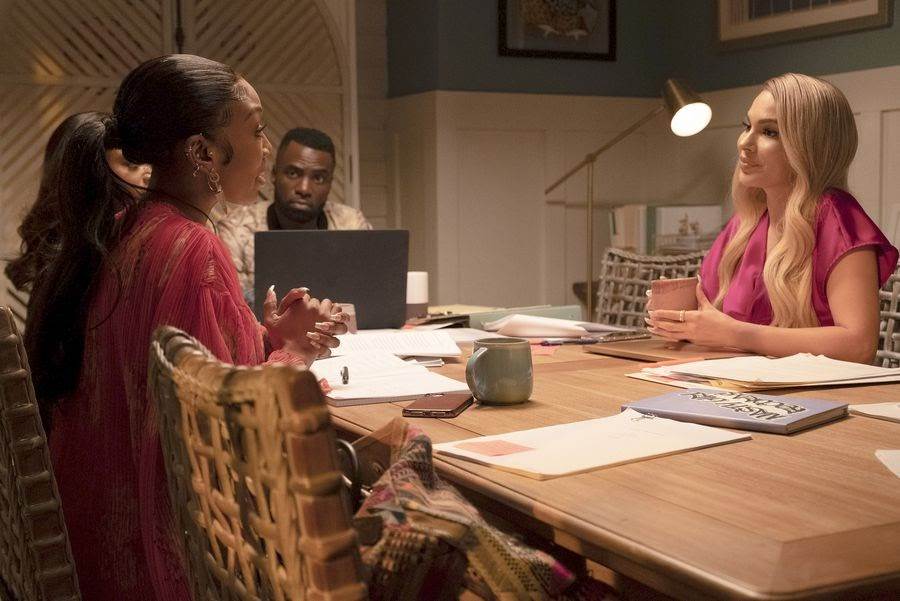 Jill manages to sneak Madison away to a lawyer where they discuss plans on how to avoid Trish. He asks for honesty and wants to know what Madison’s mother might try to throw at them. The actress is fully on board and wants to cooperate. They get a mediation with a judge and Trish states that Madison needs her mom to protect her. Madison speaks for herself and when Trish’s attempt to use the recent arrest as proof that her daughter isn’t ready to be removed from the conservatorship doesn’t sway the judge, she digs deeper. Madison asks her not to share this information, but Trish continues. She admits she had a gun in the home for protection and didn’t know Madison knew about it. She walked by Madison’s room and found her daughter with the gun in her mouth.

With the meeting over, Madison has a moment with Jill who asks why she didn’t tell her. Madison was afraid, Jill would walk away, but the rapper tells her “I’m still here.” She admits that she didn’t want to commit suicide, but had just learned the conservatorship had been extended another year and wanted out. She wasn’t allowed to tell her therapist about the situation because Trish thought it would destroy her career.

Naomi continues to read the comments surrounding Jojo’s release and is sickened by the myscogny and assumptions about her daughter. She tells Eric that she wanted to protect Jojo from that. Jojo joins them and is dismissive of the commenters, labeling them as trolls. Naomi admits that Jojo is talented and she will support her but after she finishes school. Jojo leaves.

Jill approaches Trish who tells her that with everything she and Madison have been up against, they’ve beaten the odds. When Madison had a breakdown, Trish fought hard to bring her back. Jill offers more of her wisdom asking Trish to think about what would have happened if the gun had gone off. Trish pauses and Jill encourages her to talk to Madison and listen too.

A happy Madison comes to the studio saying her mom is letting her go! “I want to make music with you guys if the offer still stands.”

The next morning the girls are waiting for Madison to sign papers, but the actress is running an hour late. She does show up and apologizes as NGR realizes that this goes beyond being late. Word got out that Trish had lifted the conservatorship and this kicked off a bidding war. Ultimately, Universal offered her $5 million up front as long as she gives them one more Anacadabra album, then she can do what she wants. It’s too good a deal to pass up.

Val goes back again to Resonance and speaks to him artist to artist. He’s not going to put her back on his song, but he’s going to help her share her Latin heritage, producing her first Spanish song for NGR. Now it’s Naomi’s turn and she knows who she wants to sign. She extends an offer to Jojo, presenting her with the opportunity to do both school and start a rap career. “I love that you believe in yourself cuz most people don’t do that.” She affirms that Jojo is gifted and tells her if she wants to drop out of school that’s for her to decide. But if she’s pursuing rap it’s going to be under Naomi’s wing. “I want you to do both.” Jojo doesn’t have to think long and says she  wants that too. “Welcome to Nasty Girl Records!”