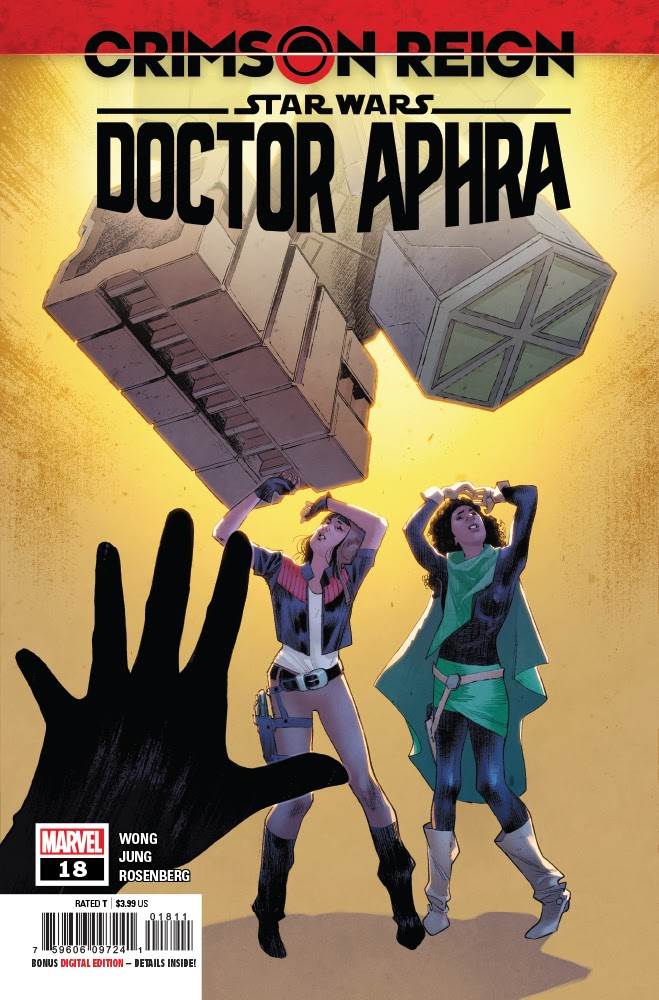 Star Wars: Doctor Aphra volume 2, #18 is the first theoretical tie-in issue to be officially emblazoned with the “Crimson Reign” crossover logo, and yet the story contained within doesn’t contain a whole lot of Crimson Dawn content, except for the tangential connections to the crime syndicate attempting to take over control of the galactic underworld during this period set between the events of The Empire Strikes Back and Return of the Jedi.

Instead, Dr. Chelli Lona Aphra and her ex-girlfriend / sidekick Sana Starros are in pursuit of a non-binary fake Force-user named Kho Phon Farrus, who dresses like a Sith warrior and wants nothing more than to track down artifacts from the ancient dark-side cult known as the Ascendant in a misguided quest to achieve immortality. 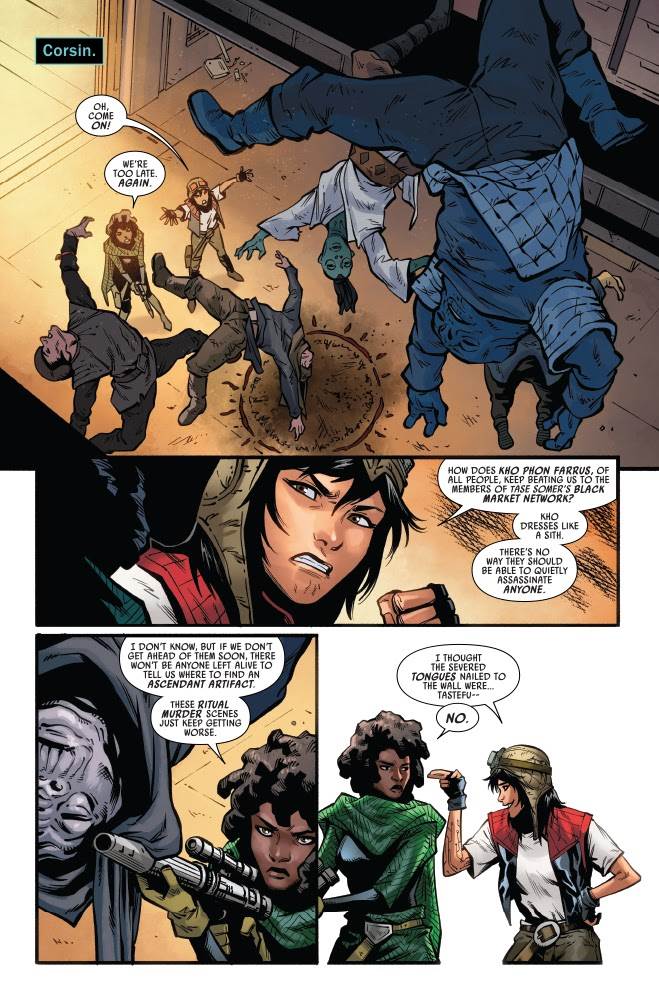 Naturally, Aphra and Starros are seeking out the same artifacts (I honestly forget why, but I think it’s an assignment from the evil industrialist Domina Tagge, who has the two rogue adventurers under her thumb) so they’re in pursuit of Farrus, who also happens to be committing a series of disturbing ritual murders along the way. But first, this issue checks in with skilled assassin Just Lucky, who’s hanging out in Canto Bight after returning from the ordeal on Jekara (see Star Wars: War of the Bounty Hunters for more) and considers what to do with the valuable Ring of Vaale he’s stolen from Domina’s nephew Ronen Tagge. Lucky’s had a falling out with his own ex-lover Ariole Yu, who has now disappeared, so he hesitantly returns to the Tagge compound. Then Chelli and Sana’s narrative jumps ahead in time a bit, and we see that they’ve been chasing Kho Phon Farrus from planet to planet to no avail. Desperate for a plan, they enlist disgraced scientist Beol De’Rruyet to help them lure the false Sith into a trap. 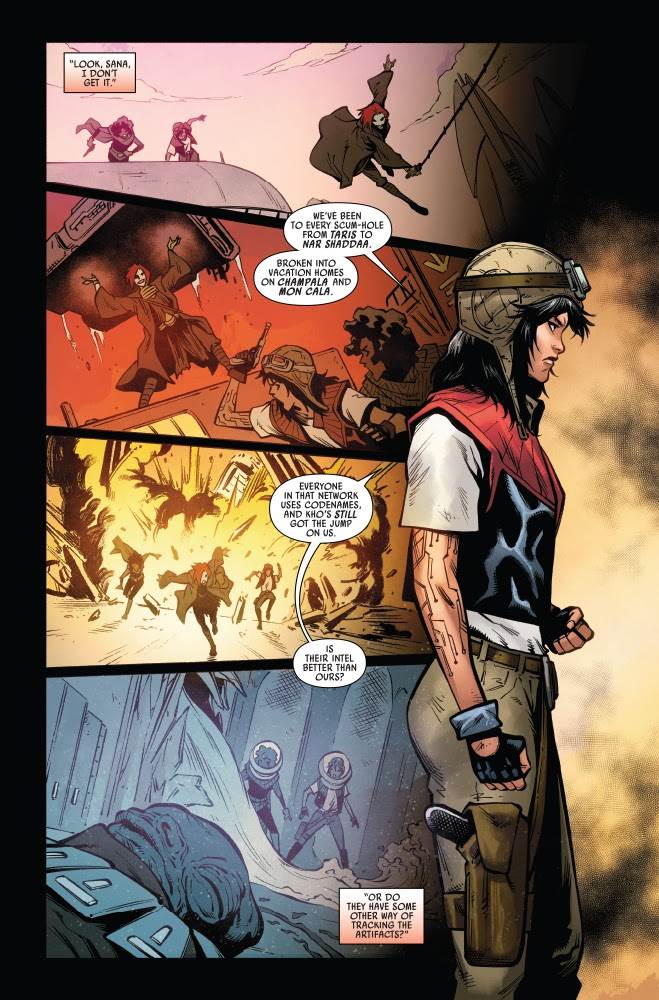 I found Farrus to be a little more interesting as a villain in this issue, though I’m still not sure how I feel about the whole “fake Force powers” invention (if such a thing is possible in the Star Wars universe using basic magnetic fields, why wouldn’t everyone be doing it?). It’s hinted that we’re going to learn more about how these characters know each other in future issues, and I’m curious to see if it all makes more sense once we understand their history a little better. There’s also a tease of a return to a familiar location from early in writer Alyssa Wong’s run on this comic, which should prove to be somewhat exciting at the very least. I am still very intrigued by the concept of the Ascendant (I’m guessing we may discover more about this cult in the pages of The High Republic novels and comics) so I’m definitely in favor of more amusing archaeological investigations into their past with Doctor Aphra and friends.