In the spirit of Star Wars: Galactic Starcruiser and Star Wars: Galaxy’s Edge’s “live your own Star Wars adventure” premise, I was inspired to create an original Star Wars character and fully commit to it during my upcoming voyage on the Halcyon.

With that in mind, I enlisted a ragtag film crew to help put together a short prologue video for my character, Lotico Fendan, giving him a reason to board the Galactic Starcruiser in the first place.

We shot this short movie over the past weekend in the San Fernando Valley’s Rocky Peak Park– the same location used by the Disney+ series The Mandalorian for the second-season episode entitled “The Tragedy.” Here, as it did in the show, Rocky Peak represents the planet Tython, once home to an ancient Jedi temple. As our story begins, Lotico Fendan has arrived in search of an artifact long sought after by Dok-Ondar, the proprietor of Batuu’s Den of Antiquities. What will he discover in the craggy peaks of this mysterious world?

This story will continue aboard the Star Wars: Galactic Starcruiser at Walt Disney World on Thursday, March 17th. 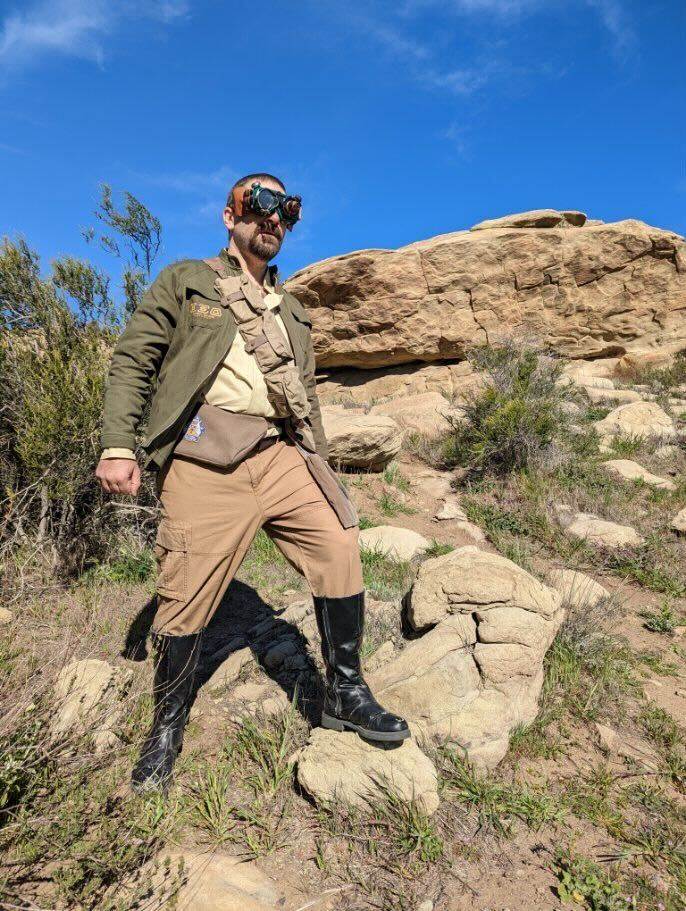