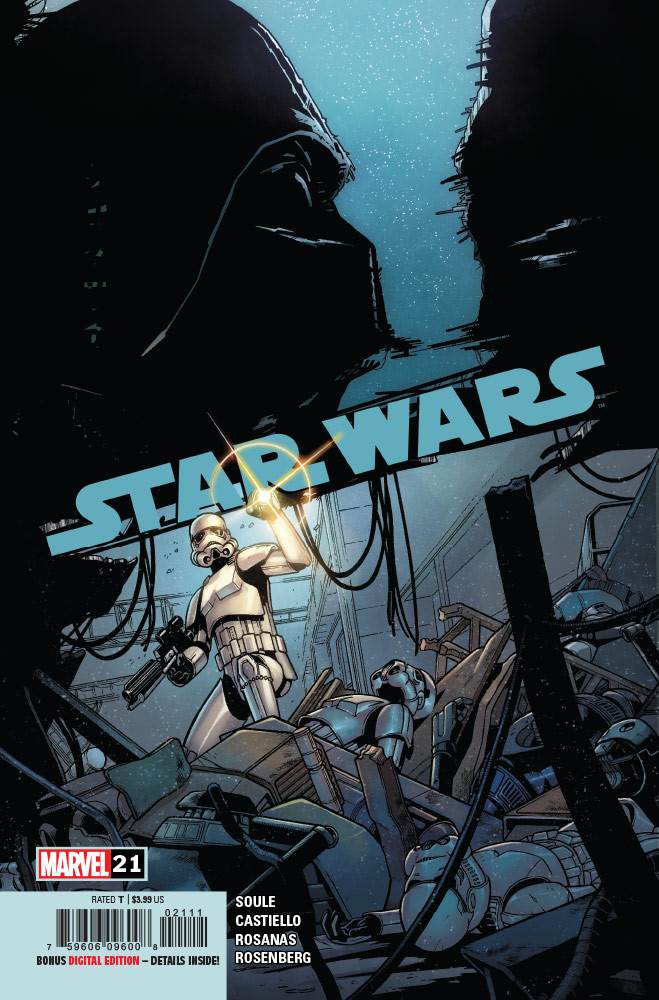 About a year ago (in Earth time), before Marvel’s big Star Wars: War of the Bounty Hunters comic-book crossover event took over all of the publisher’s current ongoing titles set between the events of The Empire Strikes Back and Return of the Jedi, Rebel Alliance pilot Shara Bey (AKA Poe Dameron’s mother) became stranded on an Imperial Star Destroyer during a battle. Then Princess Leia and her buddies got so caught up with the idea of rescuing Han Solo from his carbonite prison that Shara and her plight got sort of left by the wayside. Thankfully, series writer Charles Soule never forgot about her, and now that this flagship comic has gotten back on track, Shara’s husband Kes Dameron can get back to rescuing her.

That is, if she doesn’t rescue herself first. Star Wars (2020) #21 opens with Shara Bey, having spent some time in hiding on the Star Destroyer, donning a disguise of stormtrooper armor salvaged from the corpses left in the sealed-off sections of the capital ship damaged in the destruction of the first Death Star. She sneaks through the ship’s hallways, sending secret transmissions to the Rebellion, and trying her best not to get discovered by the Imperial officers on board. 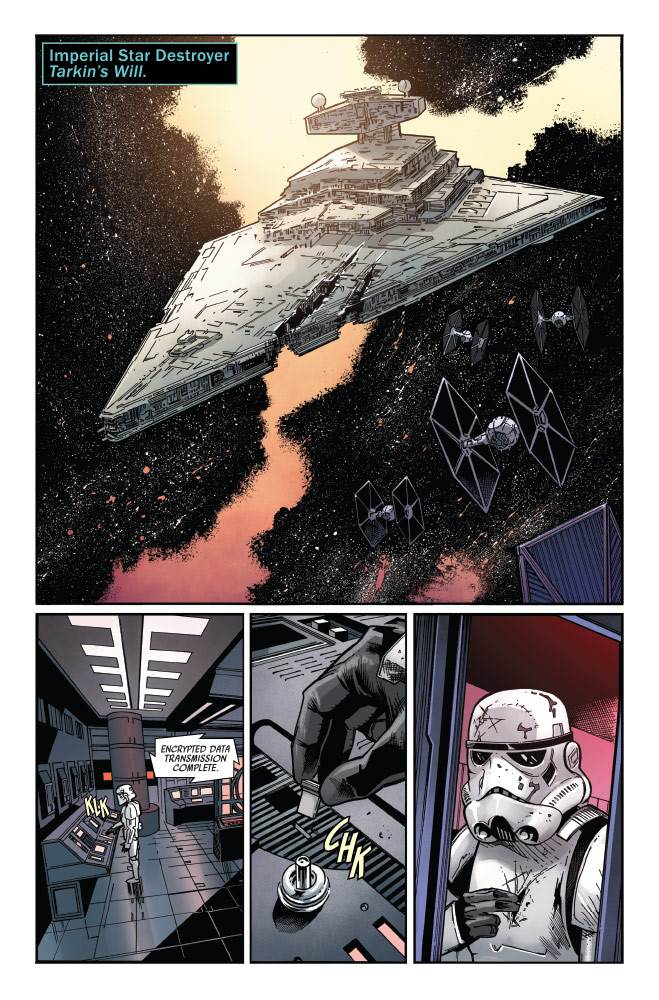 Back at the rebel fleet, Kes wants desperately for Leia and Mon Mothma to resume their search for Shara, but they don’t want to begin that particular mission until they know it will be successful– content to wait while Shara uses her survival instincts to fend for herself and continues sending the Rebellion covert information stolen from hacked Imperial astromech droids. But things take a turn for the worse on the Star Destroyer when Commander Ellian Zahra starts putting the pieces together about the ship’s stowaway, and Shara must come up with a plan of escape before she is tracked down and interrogated by the Empire. Will she make it out alive? Well, yes, she will, because we’ve already seen her survive the Battle of Endor (about a year later in the timeline) thanks to the Star Wars: Shattered Empire comic miniseries, and we were told that she didn’t actually die until some years after that in the Poe Dameron novel. But it’s still pretty suspenseful to see her stalked by the real stormtroopers aboard the Tarkin’s Will, not to mention Zahra, who has proven herself to be a formidable combatant. I’m really glad Soule has pivoted back to focusing on Shara Bey and Kes Dameron in this comic, because I feel like there’s only so much one can do with main Star Wars characters like Luke Skywalker and Princess Leia during this time period. The recent Luke stuff (with him searching for ancient Jedi temples and such) has been very cool, but I really love the idea of zooming in on interesting supporting characters who haven’t had the spotlight quite as much as the Skywalker family. And now that– SPOILER ALERT– Kes and his starfighter pilot pals are mounting their own unauthorized rescue mission, it seems like we’ll be treated to more adventures with these characters in the months to come. Soule, as always, is doing a wonderful, breezy, incredibly entertaining job of scripting this Star Wars title for Marvel, while Marco Castiello and Ramon Rosanas’s art beautifully and evocatively captures the usual enterprising spirit of this franchise and the ominous tone of the writer’s story. Star Wars #21 is available now wherever comic books are sold.