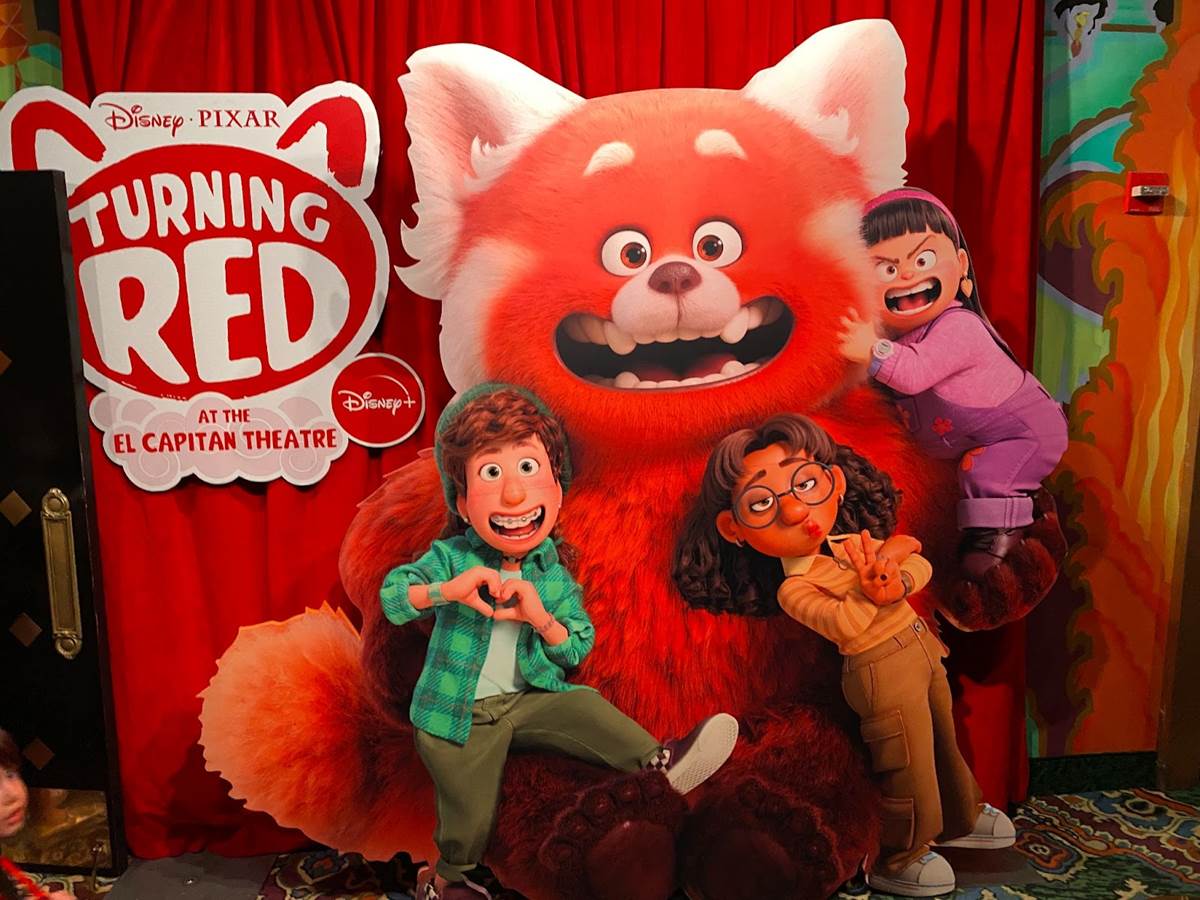 Pixar Animation Studios’ latest feature Turning Red may have already made its debut on the Disney+ streaming service, but there is thankfully at least one place in Southern California where audiences can go to watch the movie on the big screen.

Hollywood Boulevard’s El Capitan Theatre– owned and operated by The Walt Disney Company– held an opening night fan event for Turning Red this evening, launching a week-long exclusive run of the film (El Cap is the only theater where it’s playing in Los Angeles).

#TurningRed dance party before the movie starts at @ElCapitanThtre. pic.twitter.com/ikLlyFv9IT

At the opening night fan event, fans were treated to a goodie bag full of swag promoting the film such as souvenir credentials, a reversible red-and-black bucket cap, and a Turning Red notebook. A 64-ounce tub of popcorn was also included, and Gold Members of D23 – The Official Disney Fan Club could grab a stress ball with the movie’s logo emblazoned on it, as well. 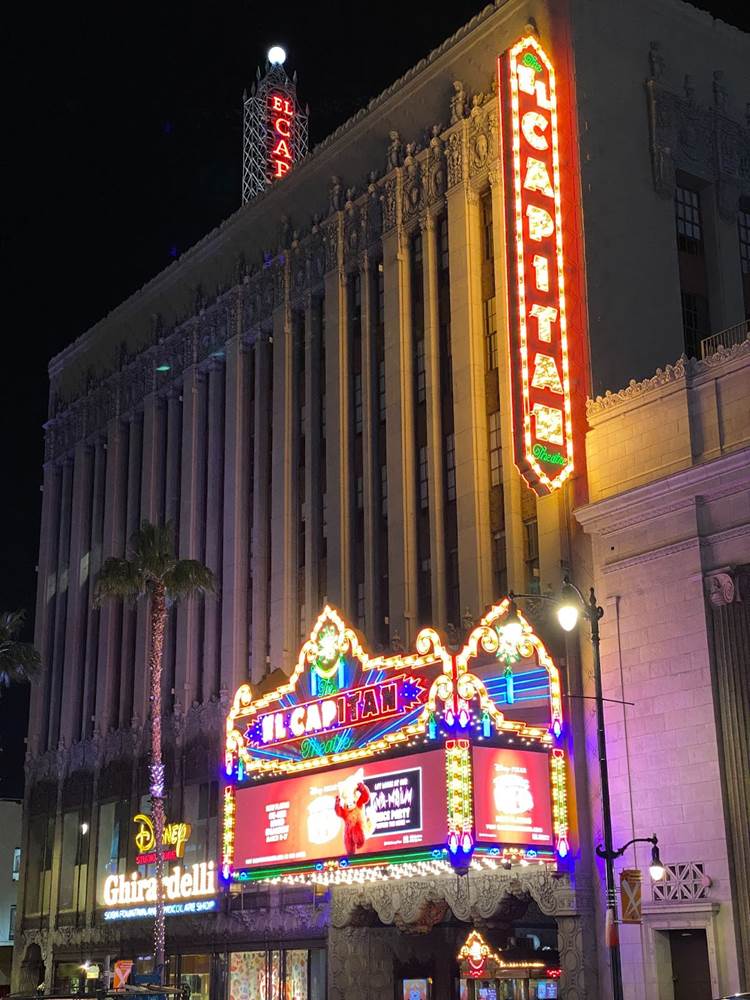 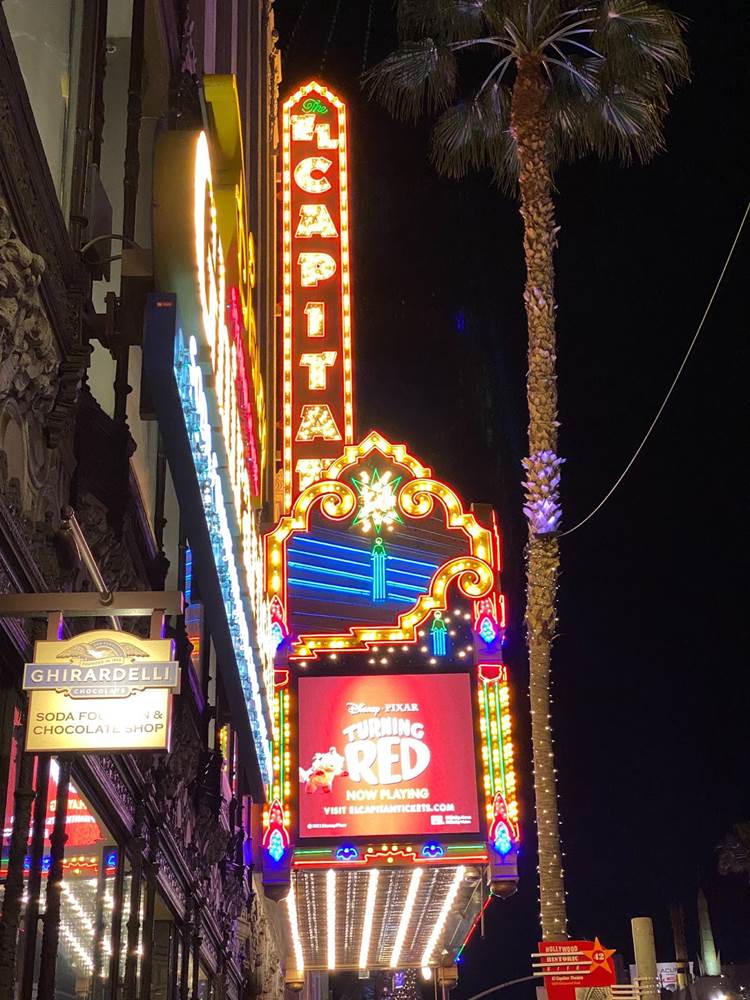 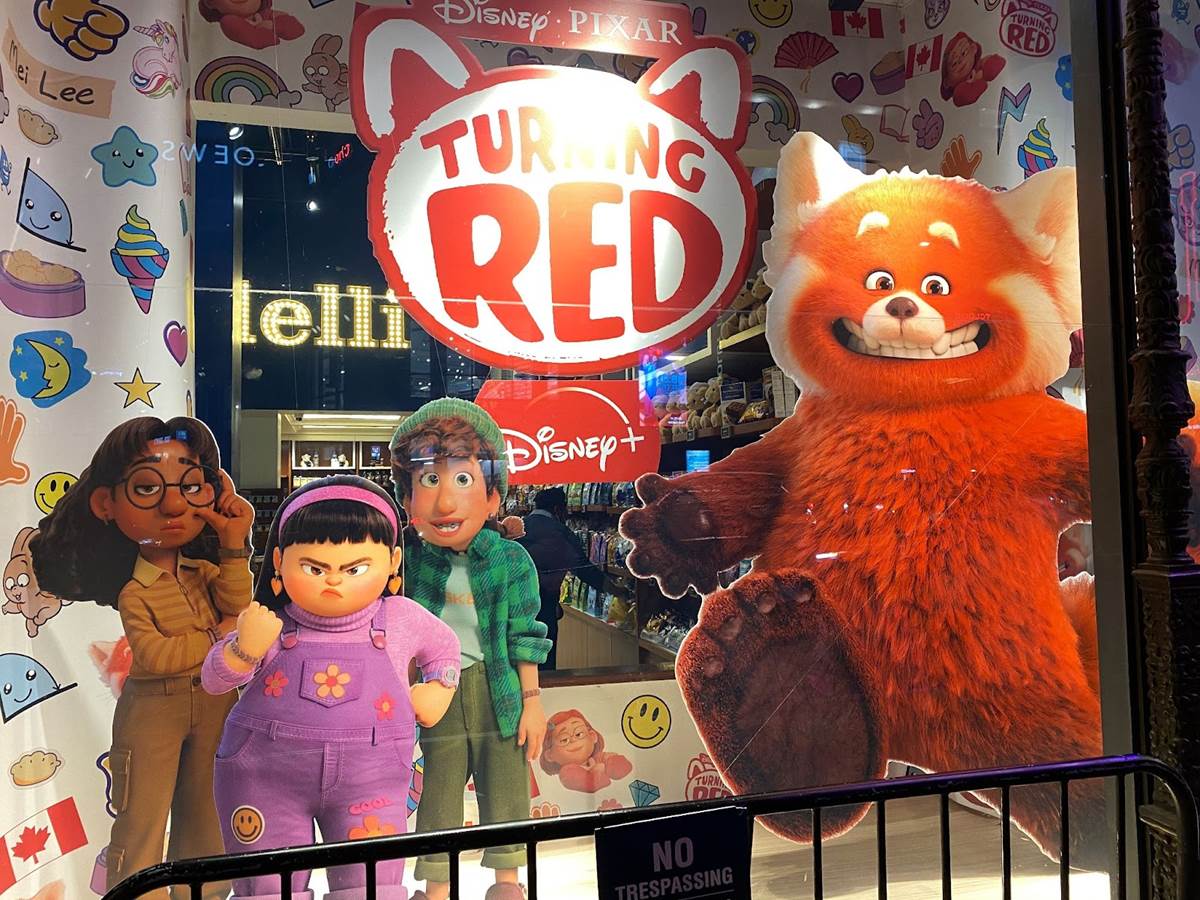 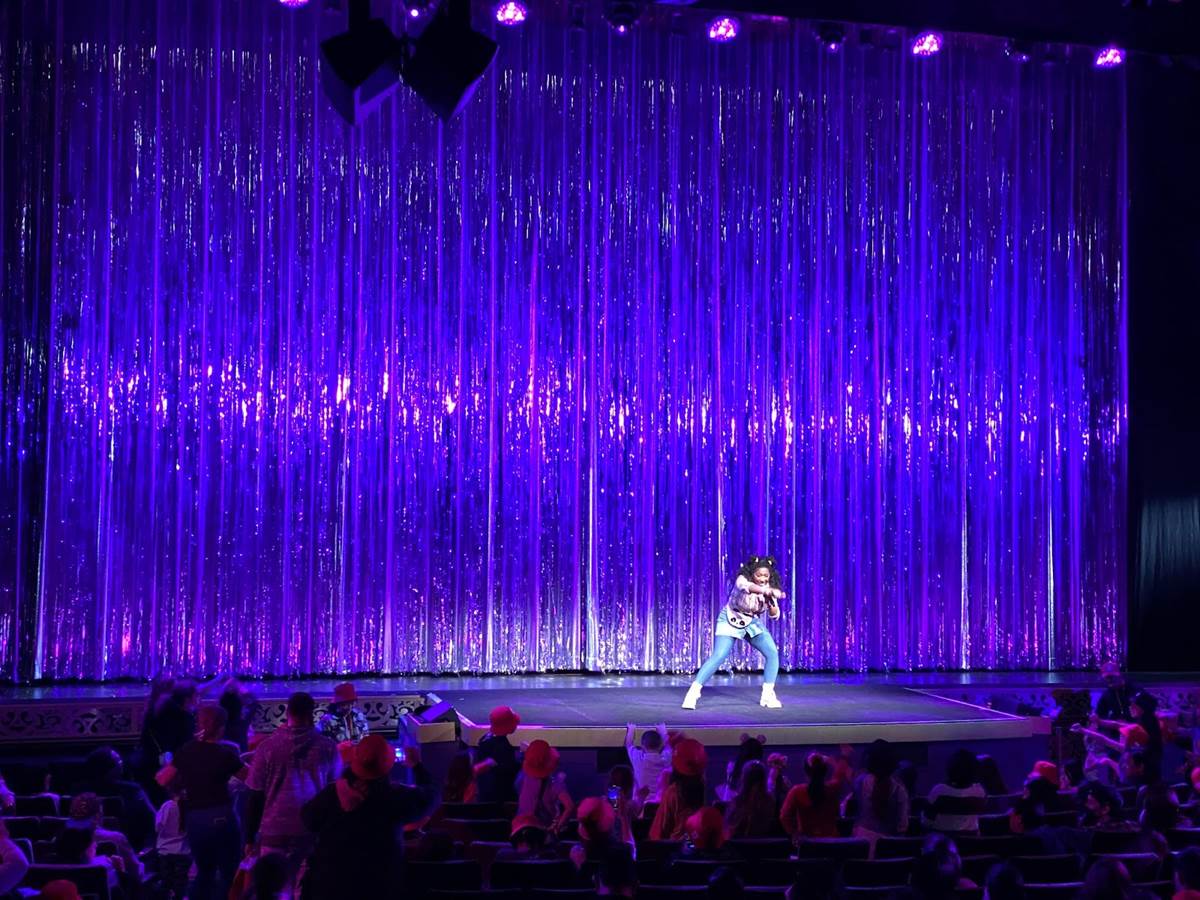 Plus, the fan event– and all of the coming week’s Turning Red screenings at El Capitan– featured a live DJ and Panda-Monium dance party before the beginning of the movie and a fun photo op depicting familiar characters from the story in the theater’s main lobby. Having attended opening night myself, I can say that it was a breath of fresh air to hear the crowd of families and children erupting in laughter, gasps, and applause– something viewers are not going to get en masse at home on Disney+. It was a welcome reminder of the transformative power of communal moviegoing, and it made me wish Turning Red had come out in a less unusual time for the film industry, so that it could have gotten a much wider theatrical release. 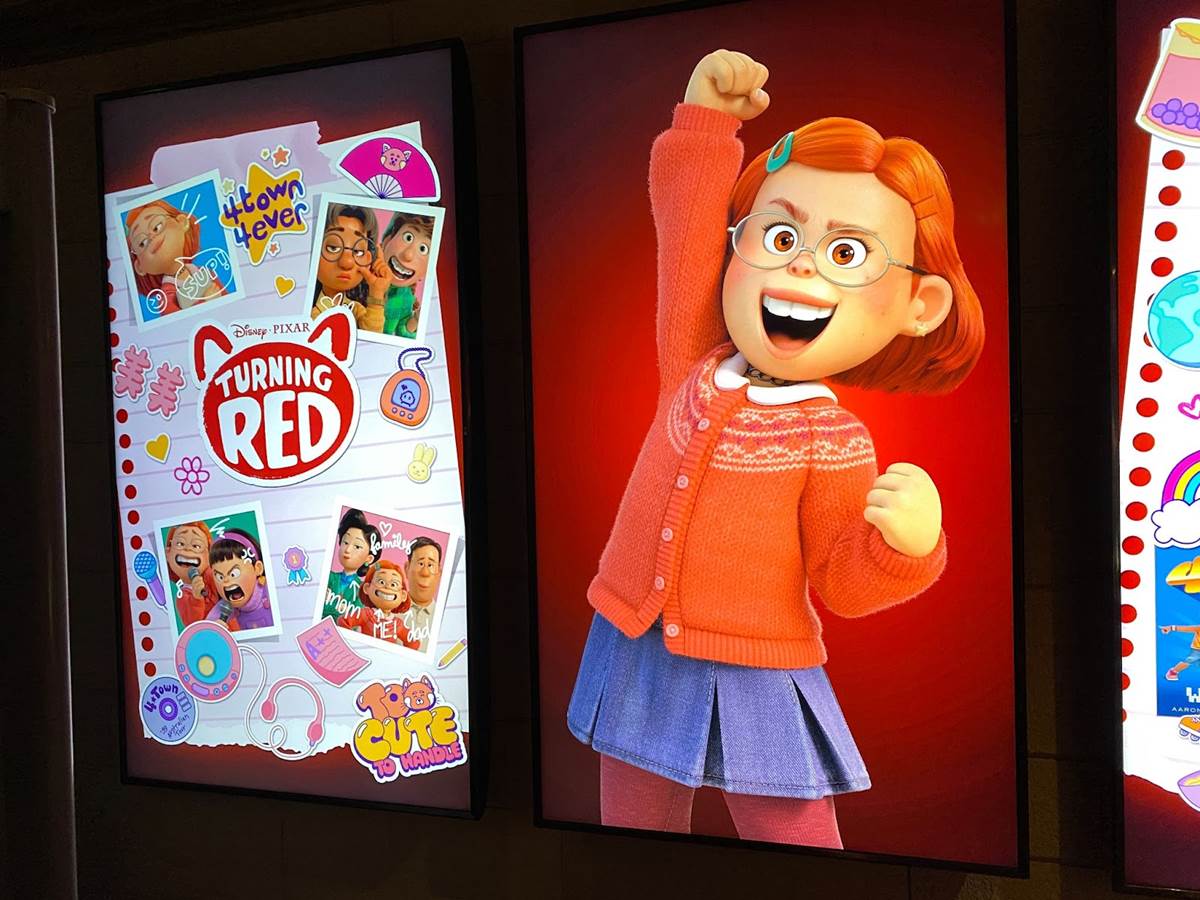 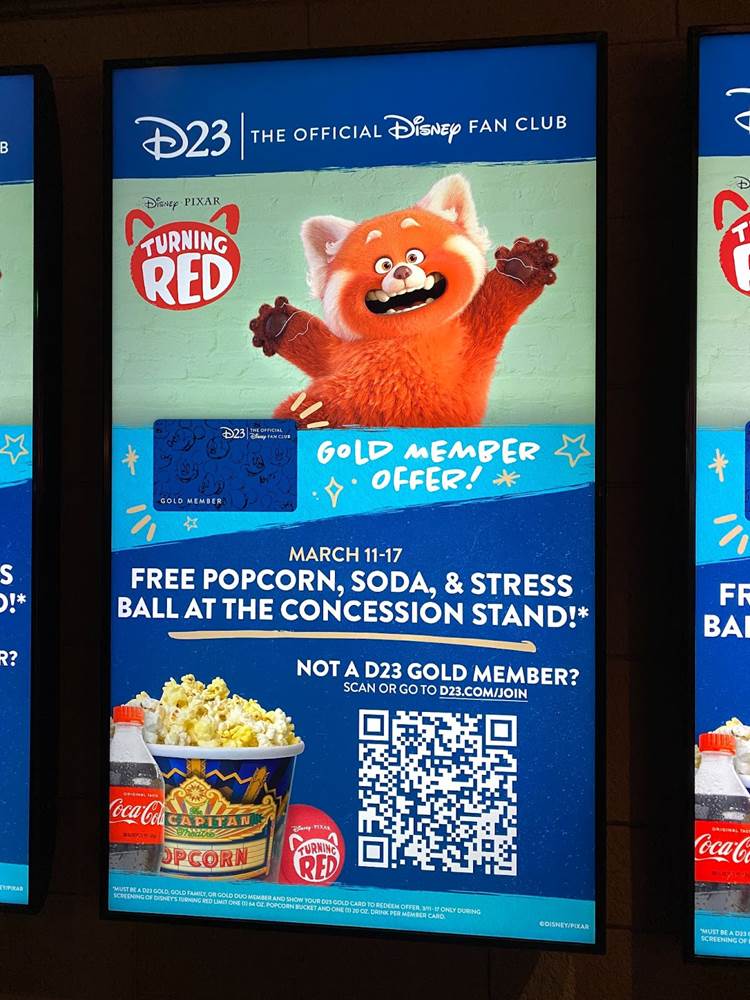 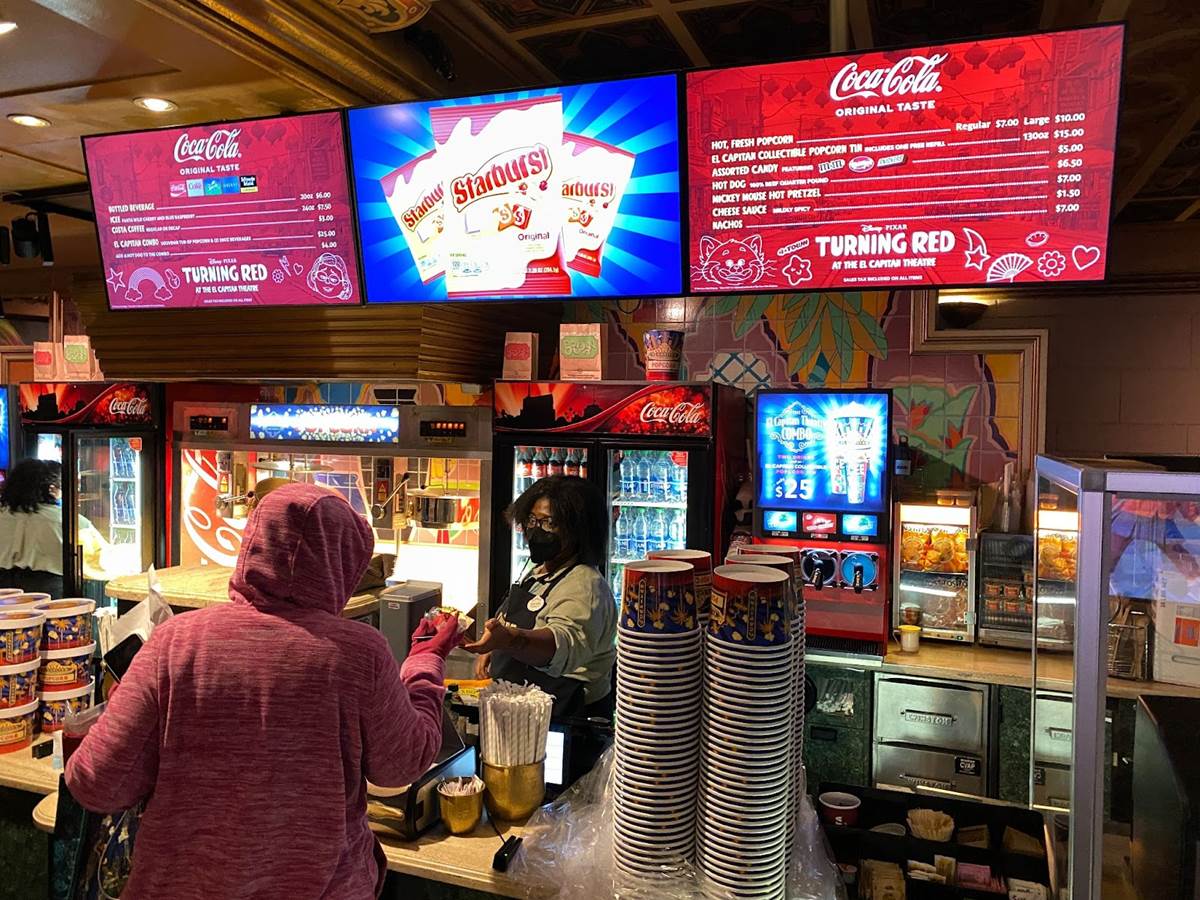 Turning Red is playing daily from now through Thursday, March 17 at El Capitan Theatre. For additional information and to purchase advance tickets, be sure to visit El Capitan’s official website.