Disney+ brought some magic to Austin, TX today with three free outdoor movie screenings at SXSW. Located in an open-air space at Long Center Terrace, the event was open to the public, whether they were attending the convention or not. Photo opportunities in the form of four inflatable standees made it hard to miss the Disney presence along Lady Bird Lake. 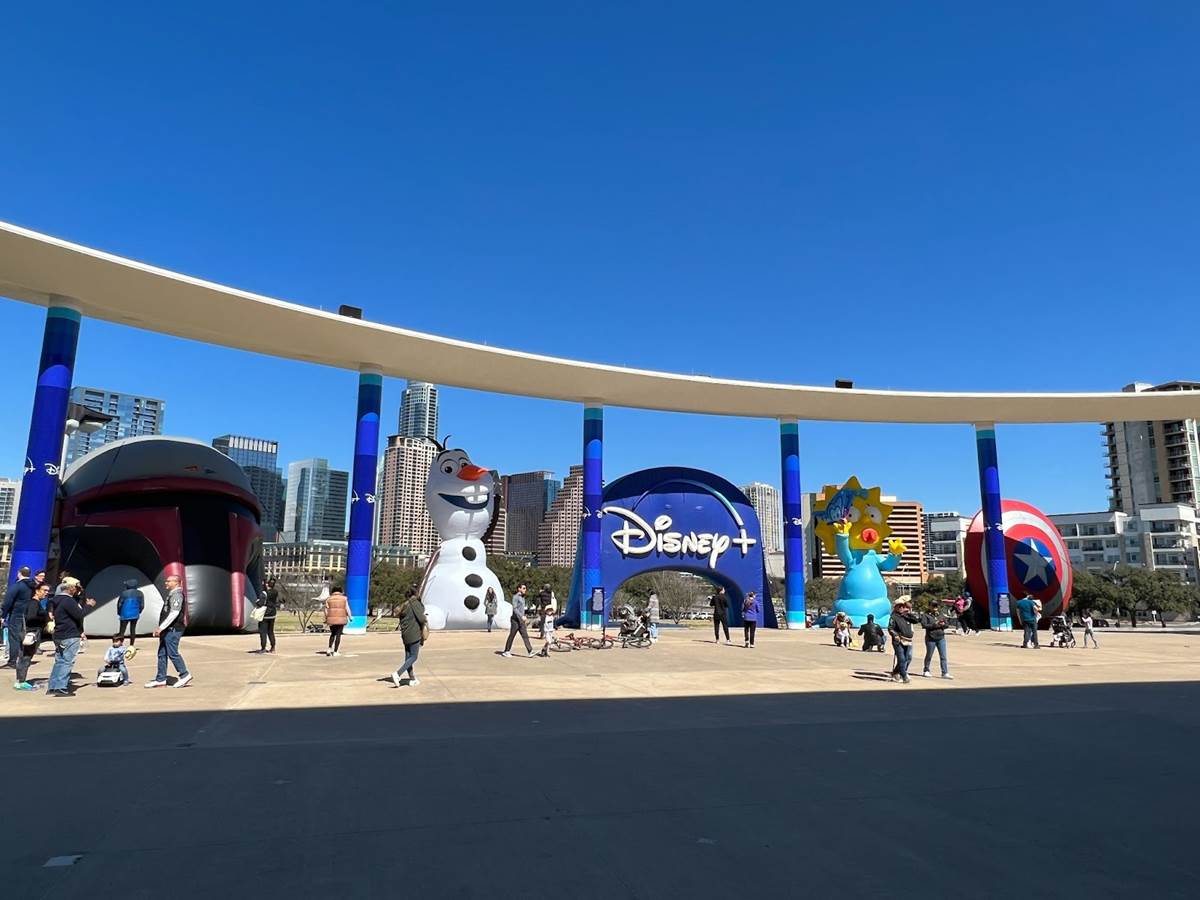 Three of Disney’s biggest blockbuster films from 2021 were on the schedule for the day, starting with Jungle Cruise. We caught the second screening of the day, Cruella, and the screenings come to a close with Marvel Studios’ Shang-Chi and the Legend of the Ten Rings. 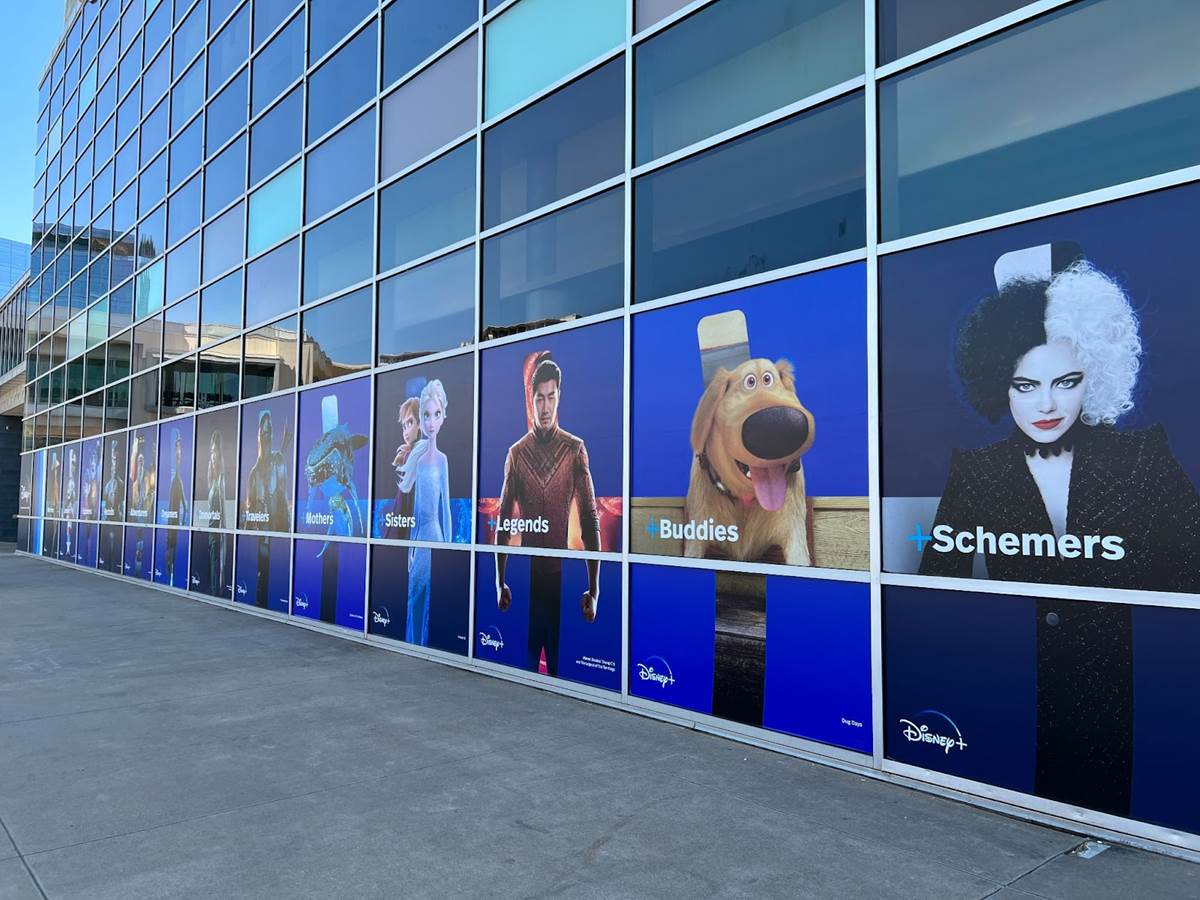 The event included giveaways and while we were there, guests could take home a Jungle Cruise skipper hat. There was free popcorn available and beverages available for purchase. 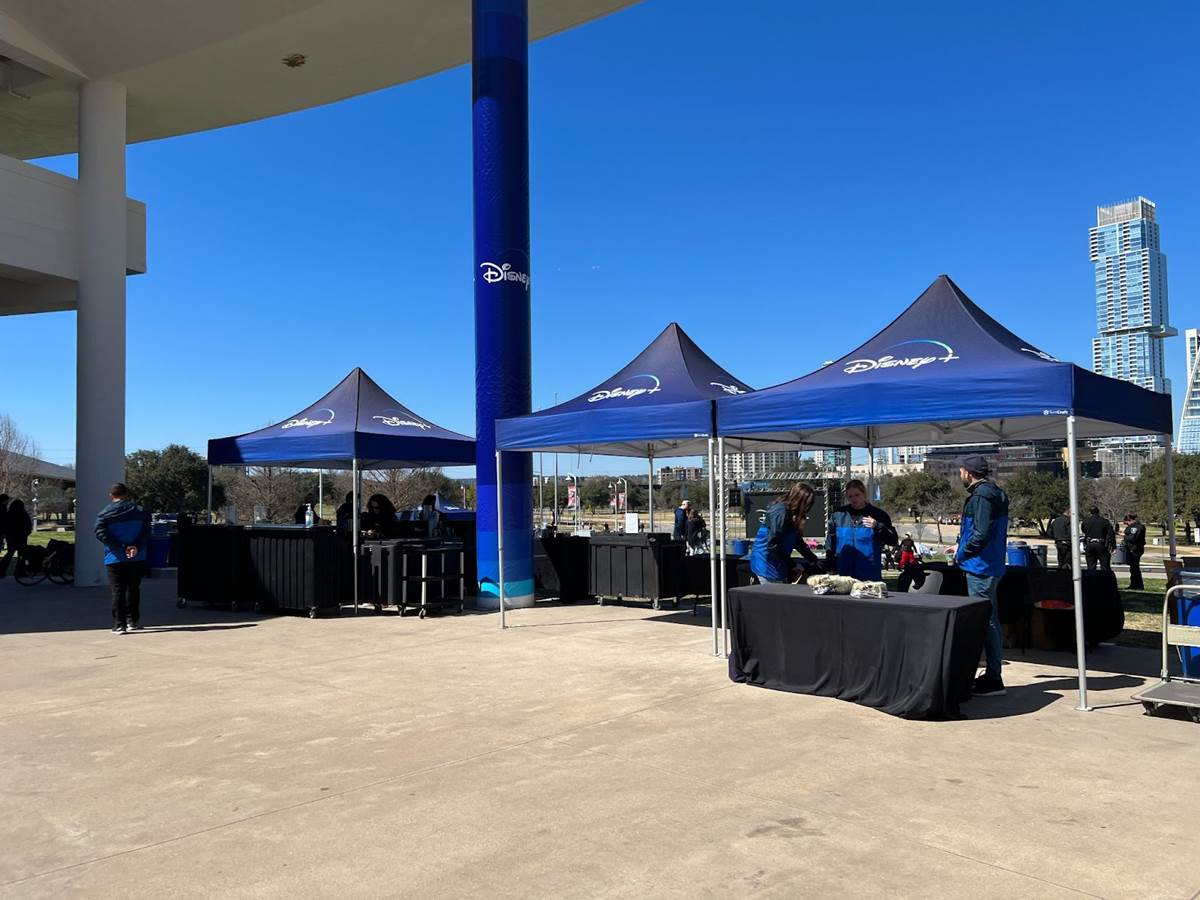 Using an LED screen, movies were easy to see during the day, with picturesque views of the Austin skyline in the distance. Families could spread out on blankets on the lawn and in the case of Cruella, quite a few attendees brought their dogs. 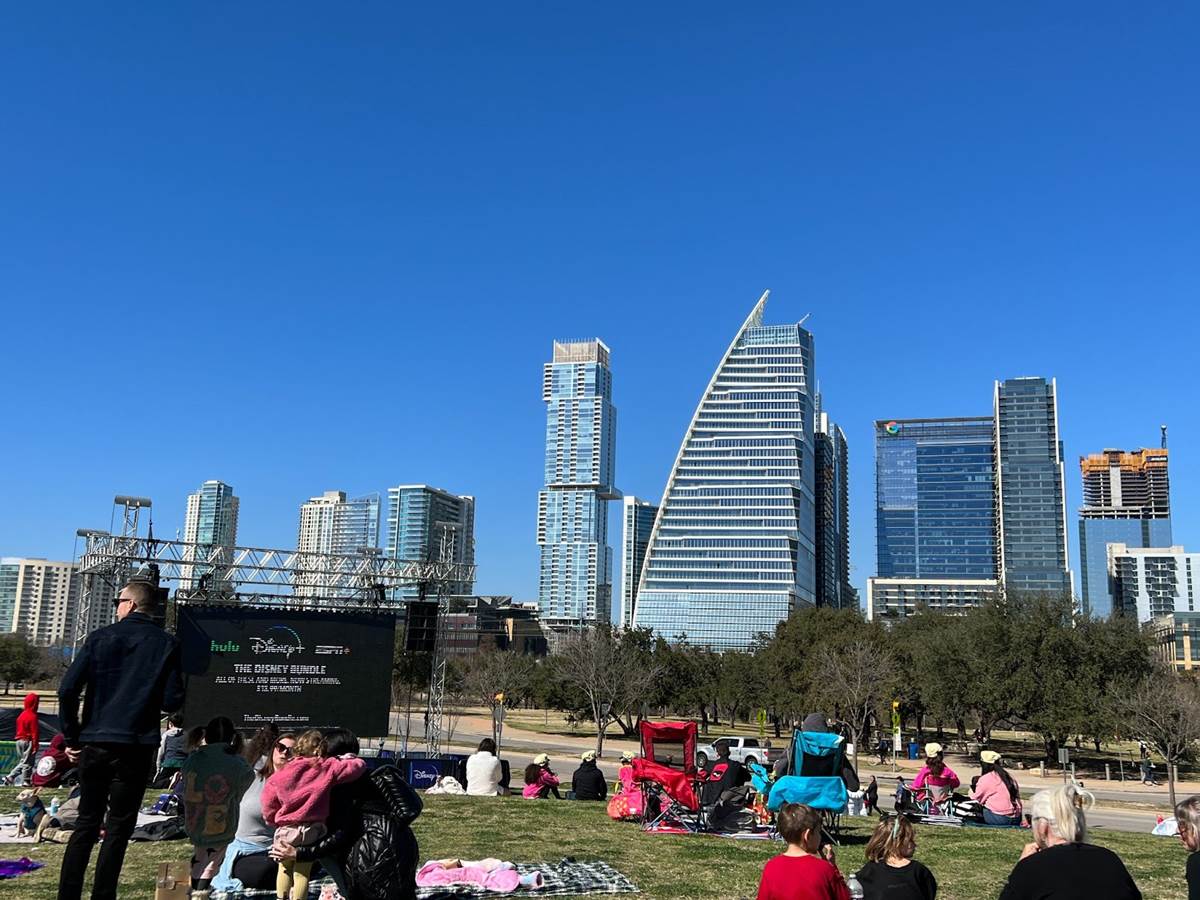 Just before showtime, a representative from Austin Fashion Week judged a costume contest. Guests could dress up in any costume, but at this screening, one of three Cruella De Vil’s took home the prize. 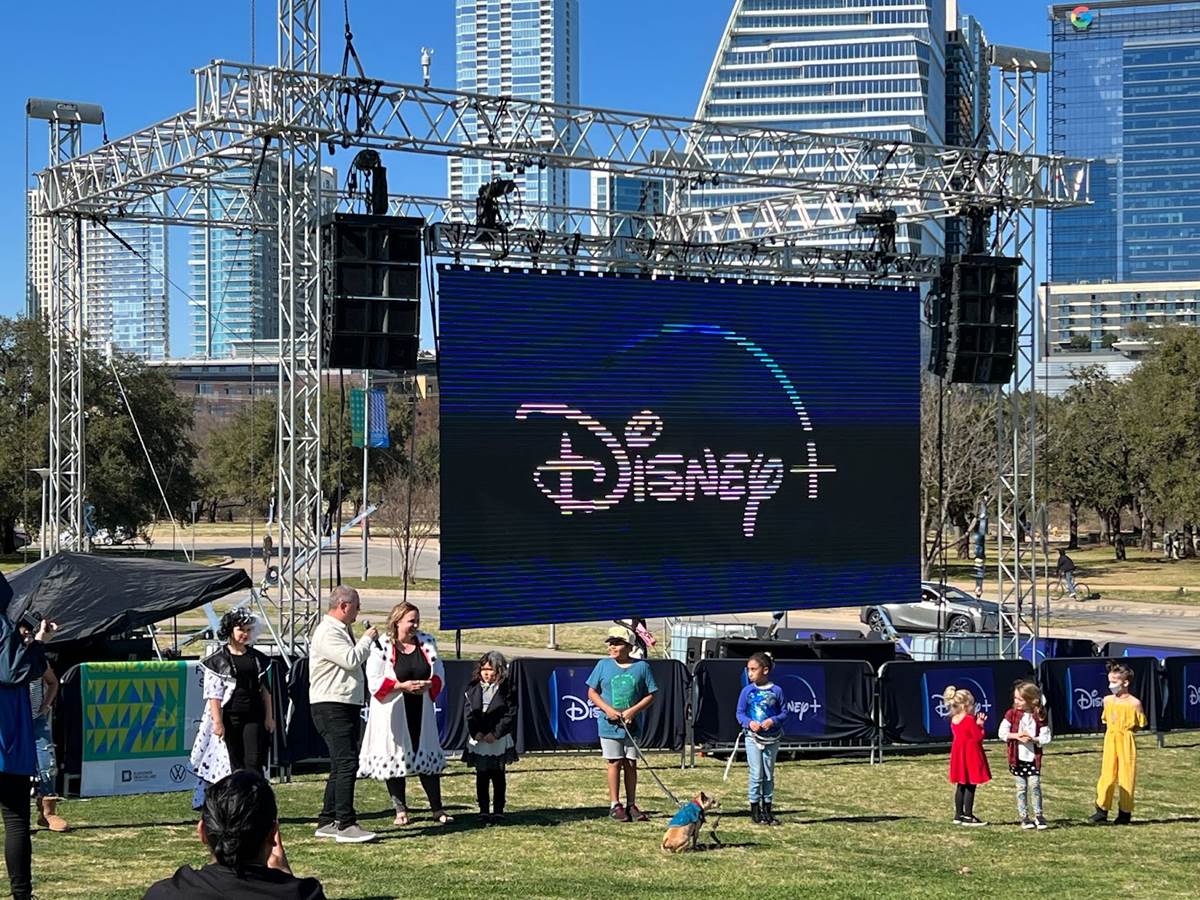 It was a lot of fun seeing a recent Disney hit like Cruella on the big screen with an audience. The novelty of seeing the film in a beautiful park with gorgeous views of the city added to the experience and it was pure magic all around. 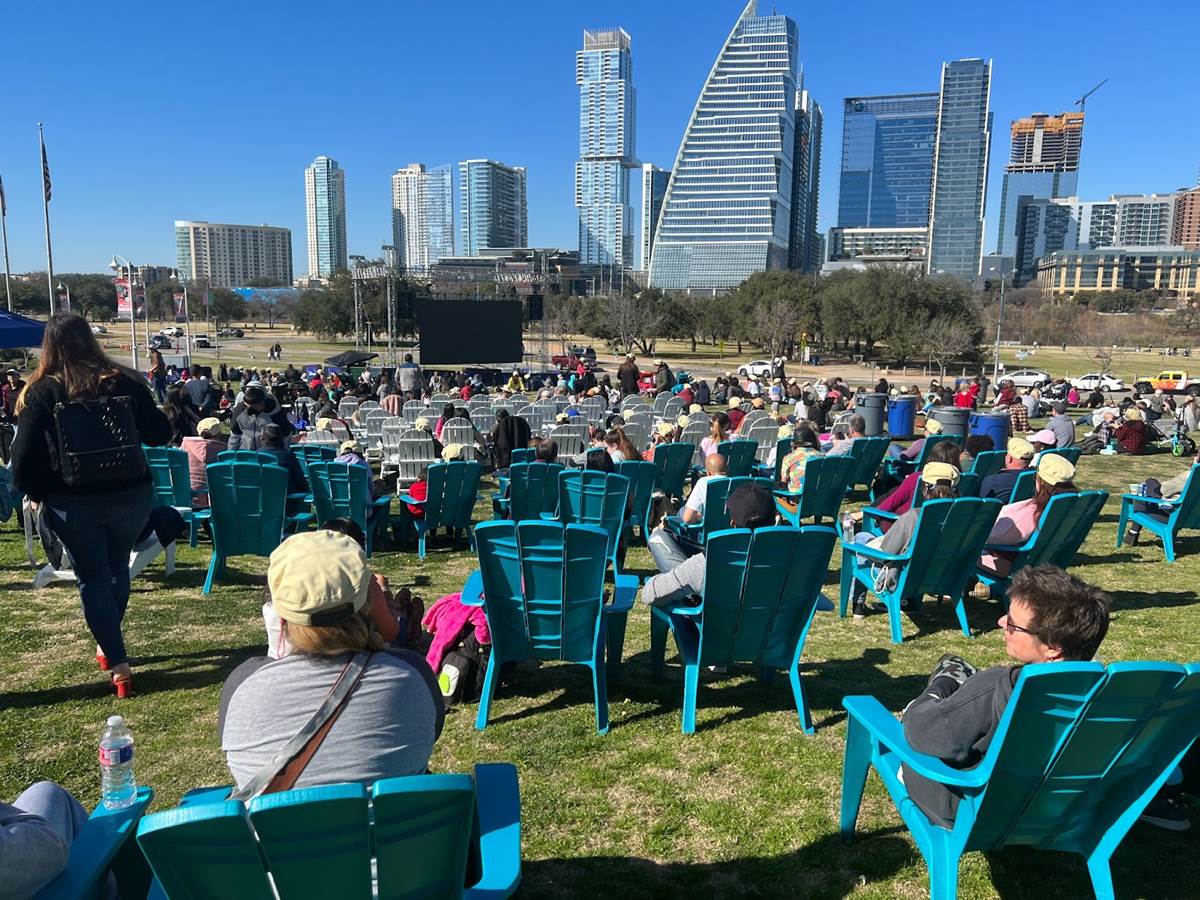 Jungle Cruise, Cruella, and Shang-Chi and the Legend of the Ten Rings are all available to stream on Disney+.