Having just recently read and reviewed author E.K. Johnston’s Padmé Amidala novel Star Wars: Queen’s Hope, it’s nice to get a fairly satisfying payoff to certain events in that story via Greg Pak’s current Star Wars: Darth Vader comic-book run, which is set a couple decades later in the larger timeline, but features former handmaiden Sabé make a valiant, determined effort to uncover the truth about what really happened to her best friend and confidant at the end of the Clone Wars.

At the beginning of issue #21 of Darth’s Vader’s third volume from Marvel Comics, Sabé has cornered her fellow Crimson Dawn agents Ochi of Bestoon and Administrator Sly Moore, revealing that she was indeed the one who planted the list of Lady Qi’ra’s spies hidden among the ranks of the Empire. 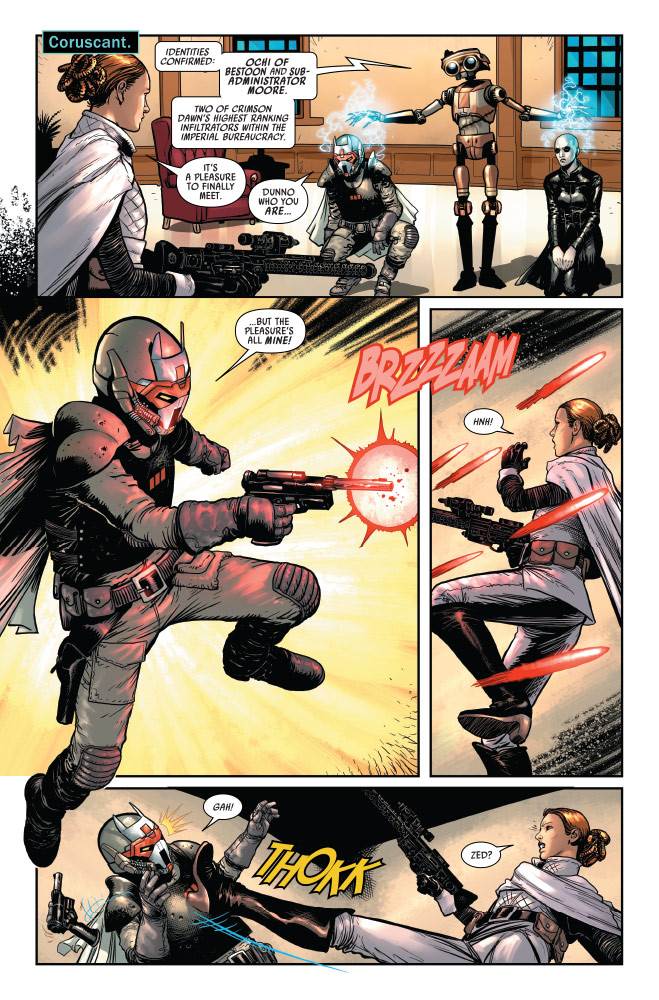 The power struggle continues as Sabé subjugates these two Imperial underlings and recruits them to further her goal– find out what role Vader had in Padmé’s death (she’s so close to figuring out that the Dark Lord of the Sith and Jedi Knight Anakin Skywalker– who she met in Queen’s Hope– are one in the same). So now Ochi is working for Sabé while pretending to work for Vader, while pretending to work for Qi’ra… phew! It’s getting a little complicated, but I’m enjoying the tangled narrative web being woven by Pak as this title continues to tie in further with Marvel’s Crimson Reign crossover event. Ochi is also acting as Vader’s intermediary with the band of mercenaries known as the Revengers– who are now apparently going by the nickname “Local Heroes”– in an effort to track down and eliminate (or in the case of this issue, capture) more Crimson Dawn infiltrators in the Empire’s service. I love that we get to spend a little more time with Beilert Valance here, as he’s been relegated to background character since the end of War of the Bounty Hunters when Vader captured him and repaired his damaged cyborg body. 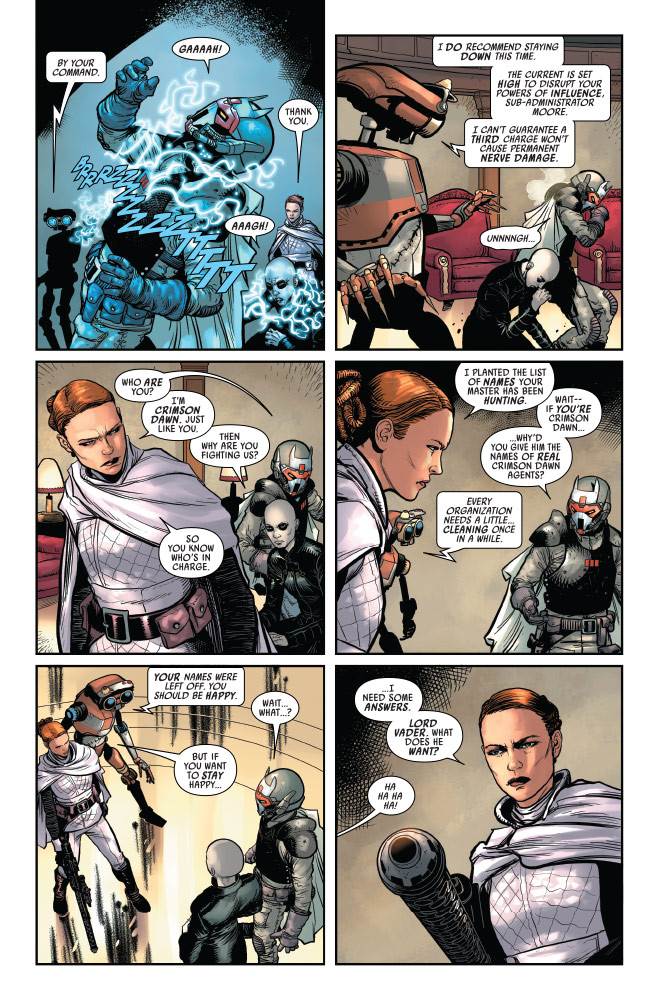 The Revengers raid an Imperial base on the planet Tranchar, where they find a variety of prisoners being tortured. Some of the team members want to help while others just want to complete their mission and get out, but that all ends up being moot when Vader himself shows up and cuts the large spherical droid G-90 down to size. Of course the Dark Lord has put the pieces together that Ochi is allied with Crimson Dawn, so one quick pursuit of the assassin to Naboo later and the black-helmeted antihero is finally face-to-face with Sabé once again. With Padmé’s lookalike now under his thumb as well, Vader declares that he is now “the Dawn,” and we’re left with a cliffhanger ending that begs the question how this will all play out in this arc’s climax. While the cast of characters that Pak has chosen to surround Vader with sometimes comes off as a little outlandish for such a self-serious central figure, I also think these personalities all complement each other in a way that keeps things fresh and entertaining. Raffaele Ienco’s art does a lot of the heavy lifting in making all this work, too, proving that this creative team was the correct one to handle the continuing misadventures of Darth Vader during this period of the saga. 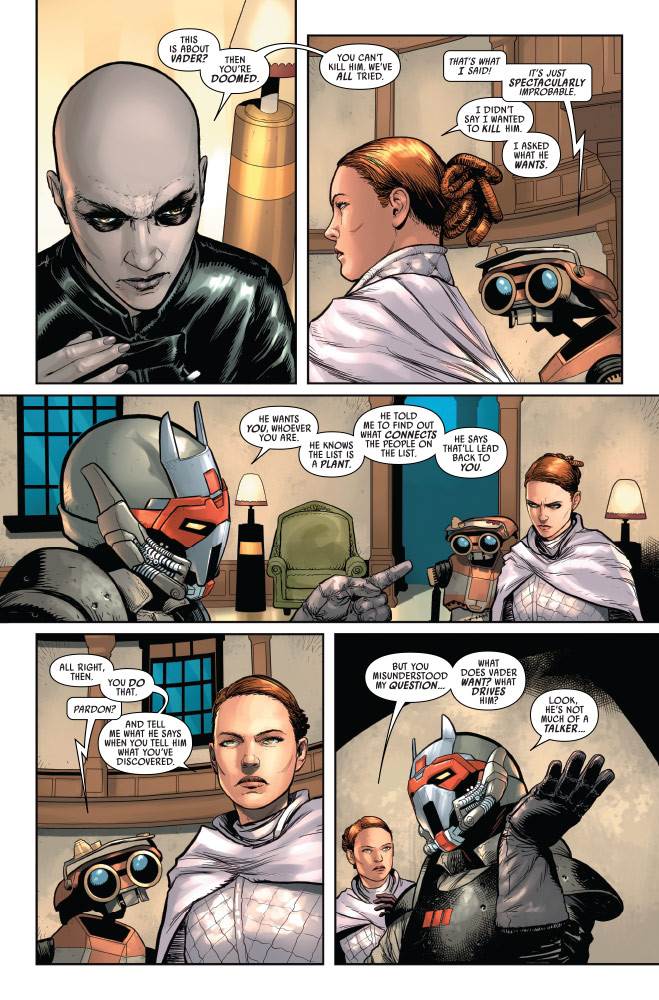