The moral compass of rogue archaeologist Dr. Chelli Lona Aphra has always ridden the line between good and evil, and she continues to demonstrate that dual-sided nature in the 19th issue of Star Wars: Doctor Aphra’s second volume, out today from Marvel Comics.

Doctor Aphra #19 begins with a flashback to Chelli and her partner-in-crime Sana Starros’s youth at the University of Bar’leth, where they meet a new non-binary student named Kho Phon Farrus. Aphra jumps in to help Farrus in a potentially awkward situation during their registration, but quickly takes advantage of the good will gained there by enlisting Kho as a patsy to break into the office of one of the professors. In the present (this comic, like several of Marvel’s other ongoing Star Wars titles, is currently set between the events of The Empire Strikes Back and Return of the Jedi), we see Farrus return to that same professor’s office, this time with the intent of collecting an ancient Ascendant artifact known as the Spark Eternal. Meanwhile, Chelli and Sana race through hyperspace toward Bar’leth in Starros’s ship the Volt Cobra, hoping to reach the university before Kho claims more power than they’re capable of handling responsibly as a wannabe Sith. Ignoring a summons from cutthroat aristocrat Domina Tagge, Aphra sets her sights on defeating Farrus and claiming the Spark Eternal for herself. Tagge hires the bounty hunter Boushh to pursue the archaeologist (following up on a dangling plot thread from last year’s War of the Bounty Hunters comic crossover event), and Kho confronts the Twi’lek Sava Iglan’tine Nos, demanding to know the location of the “Unyielding Heart”– the final piece of the mystical puzzle they’ve been assembling in their quest. 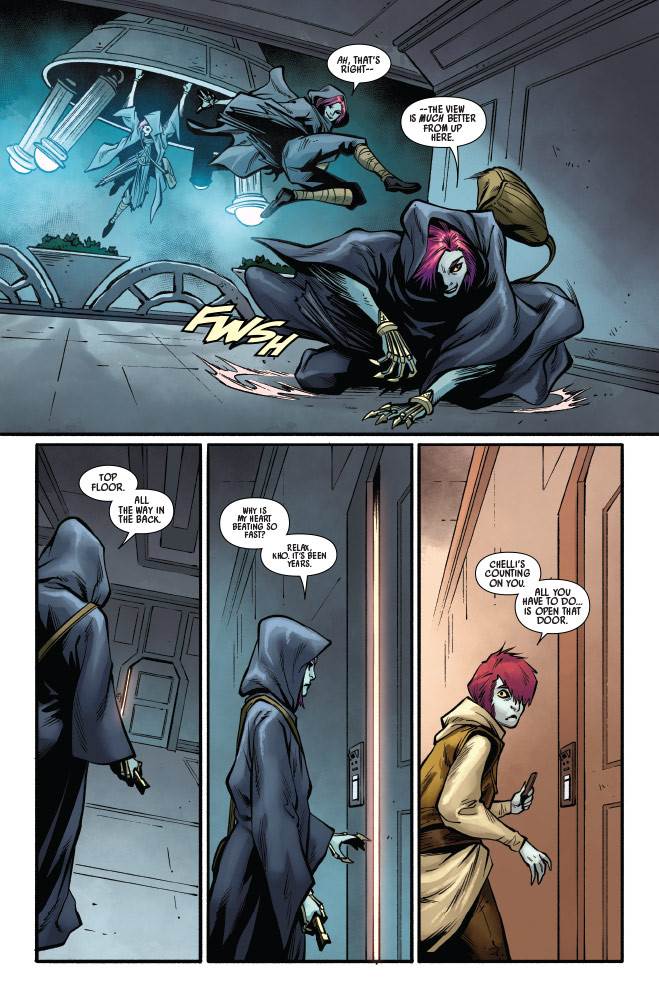 Nos leads Farrus down to an underground cavern beneath the university’s foundations and we readers get a bit more history about the Ascendant themselves. I love when Doctor Aphra goes full Indiana Jones, so all this stuff is right up my alley, and the character of Kho Phon Farrus has continued to grow on me now that we know a bit of their backstory. The imagery of the Ascendant temple below the college is a striking one, and I can’t wait to find out more about the Ascendant as a dark-side cult, either here or (I’m guessing) in The High Republic. Writer Alyssa Wong and artist Minkyu Jung have turned out to be a terrific pairing, especially now that this title is out from under the narrative tie-in pressures of the above-mentioned War of the Bounty Hunters. There’s something of a twist ending in this issue concerning Sava Nos’s state of mind, so the big question for next issue is, ‘Who’s going to get their hands on the Spark Eternal first?’ Aphra and Sana seem like the least terrible choice in the matter, but even they haven’t quite proven themselves as trustworthy stewards of powerful relics. I’m looking forward to discovering what happens next in March. 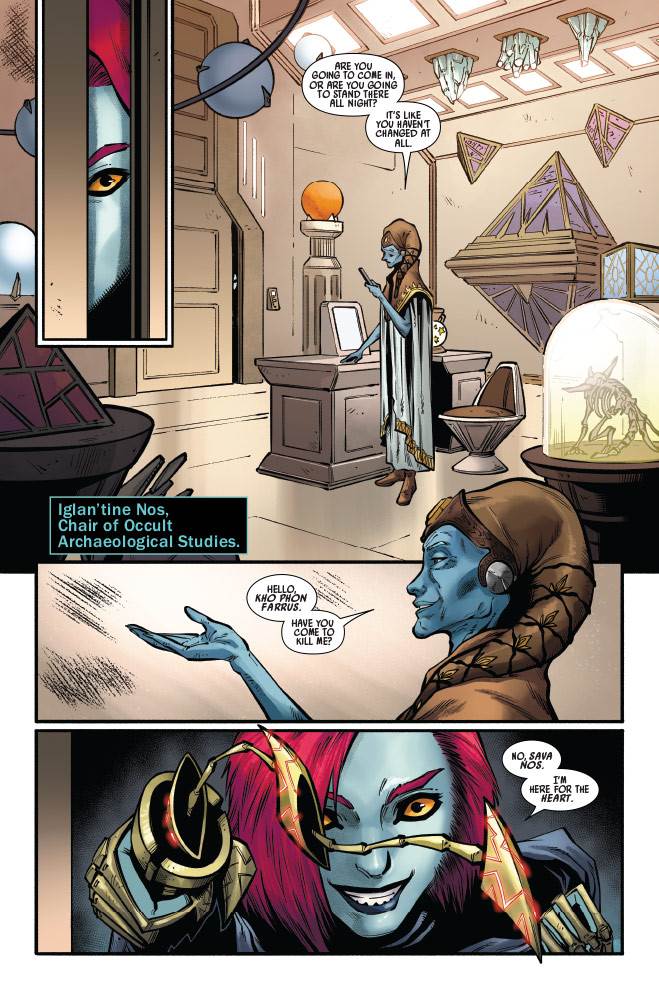