As a big fan of roller coasters, I’m always interested in new developments at theme parks across the country. Just take the upcoming Lost Island Theme Park in Waterloo, Iowa as an example. Another park quickly making a name for itself is COTALAND. The COTA in COTALAND stands for Circuit of the Americas, as the park is part of the famed race track in Austin, Texas. 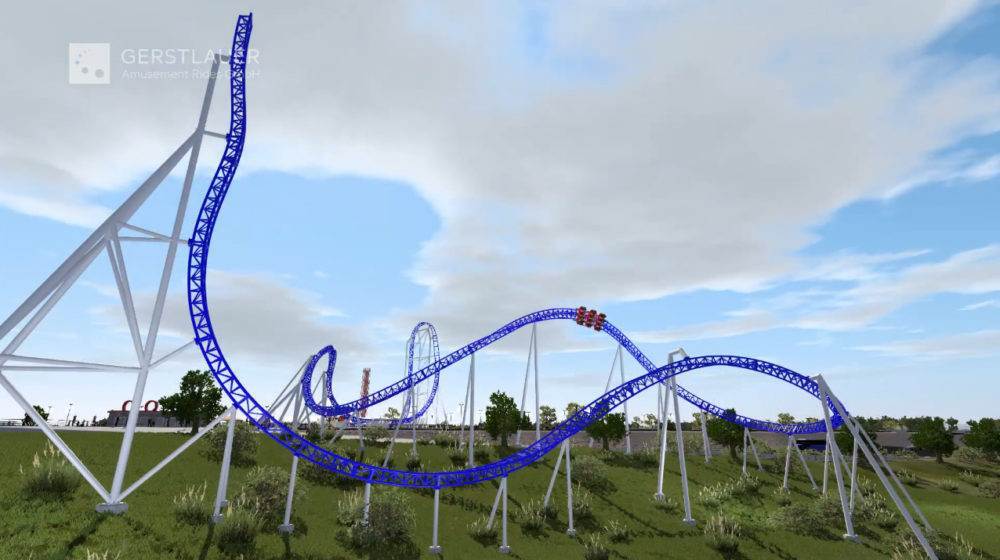 So far, all that is actually open at the amusement park are some small kiddie attractions, but the park has an aggressive expansion plan in place, beginning with Palindrome. Manufacturer Gerstlauer had been teasing a one-of-a-kind coaster prior to the IAAPA Expo in Orlando, and it ended up being North America’s first shuttle Infinity coaster. This incredibly unique ride will feature a first of its kind airtime hill on a spike that sends the train back through the track backwards. The coaster will also travel through an inversion while crossing over traffic, giving amazing views to both riders and passers-by.

Today, in an interview with Fox 7 Austin, Bobby Epstein, chairman of COTA revealed that even before Palindrome has opened, they already plan on installing another brand new, and also unique coaster: Circuit Breaker. "It’s a tilt coaster, it’s going to be the first of its kind in America. It does have a sister overseas. It’s just the most neat experience to be dangling facing downward waiting for it to drop," said Matt Hughey, Sr. Manager of COTA Karting and COTALAND.

The only other tilt coaster in the world can be found in Taiwan, and they’re both manufactured by Vekoma. Orlando theme park fans who have ridden Harry Potter and the Escape from Gringotts at Universal Studios Florida may know some of the sensation caused by a tilt coaster, but Circuit Breaker will be different, titling riders to exactly 90 degrees and holding them briefly before they plummet towards the ground.

The entire Circuit of the Americas facility currently sees 1.2 million visitors each year, but chairman Bobby Epstein hopes that number will increase even higher with the addition of the coasters. I know I for one will be very interested in checking out COTALAND whenever I make it to Texas again!