“There's no black and white,” Keith Knight said about Woke, the semi-autobiographical Hulu comedy series that dissects the gray area of complex societal issues. “If there was an alternative title for this show, it would be ‘The Gray Area.” Following a WonderCon panel about the show’s second season, now streaming on Hulu, the cast and creative team gathered together to take questions from the press, including the feelings evoked by the title. “I'd rather have a show called Woke where people, they're into it or they hate it. Because a lot of times the people that hate it the most are some of the people that are obsessed with it the most.” 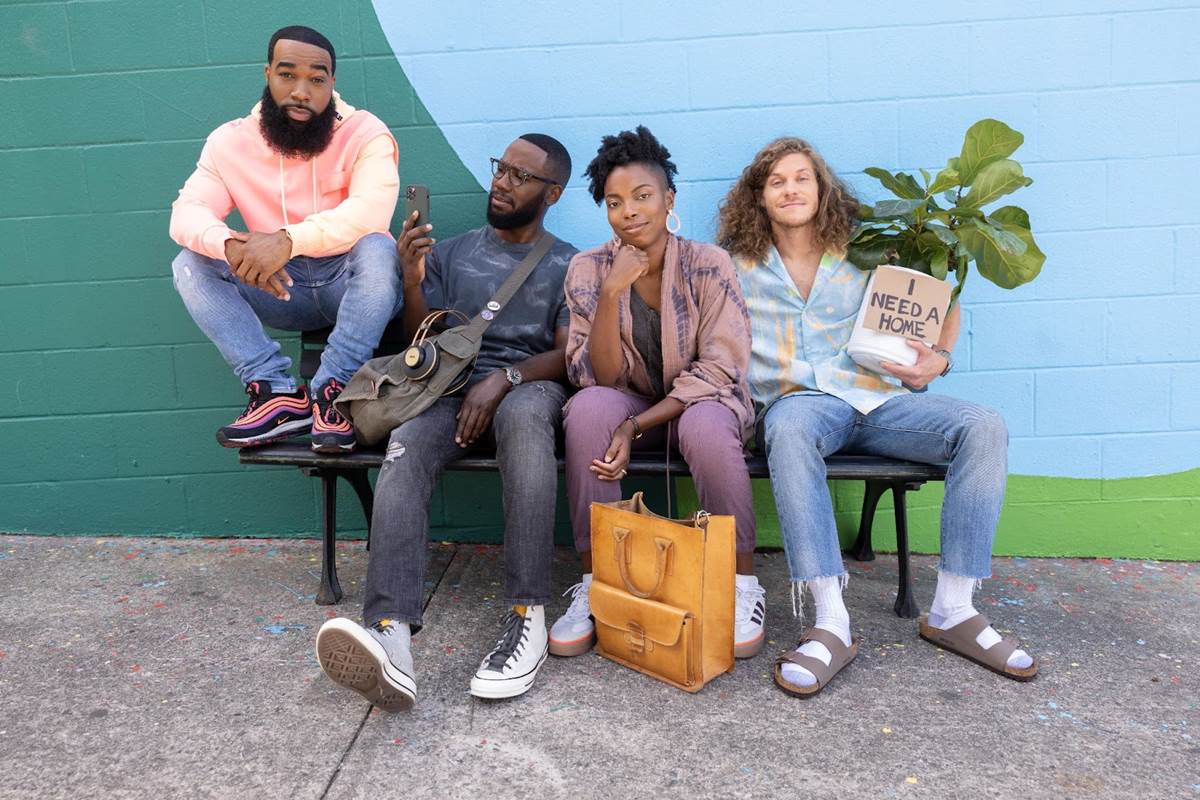 Lamorne Morris plays Keef Knight, a fictional version of Keith Knight, who revealed that he can’t actually draw in real life. “I really tried,” he revealed. “They say if you put 10,000 hours into something you’ll become great at it. That's [BS]. I see little kids that know how to draw certain things. I go, no, there's something in their brain that just tells them, this is the way a circle is supposed to look. I couldn't draw a perfect circle to save my life. Never have been able to. And when I got this role, I worked my [butt] off. I got markers, I got paper. I started tracing things to see if I could do it on my own.” Long story short, Lamorne hasn’t seen any improvement in his drawing skills, but that’s okay. That’s why Hollywood has hand doubles.

New to the team this season is showrunner and executive producer Anthony King. “I got on board because they already had a lot of what they wanted to do in Season 2 and the things they wanted to explore and I just thought they were really interesting ideas,” Anthony explained. “My job was to take the things they wanted to do and help make those happen. And I think a big shift we wanted to make in Season 2 was that, in the first season, it's really focused on Keith and he's had this traumatic thing happen to him and it's very internal. Now that he's speaking out more, to change the focus of the show to that too, and have more of the ensemble, have more focus on the relationships between the characters. And so we tried to push it out and make the show feel bigger in Season 2.”

“The whole theme of it was sort of the commodification of woke,” Keith Knight added about one of the big topics he wanted to tackle this season. “What happens when Charlie Brown becomes the most popular person in school? So suddenly, Keef has this platform, and people are listening to him, and corporations are sidling up to him. So what happens when it doesn't go was as well as planned?”

During the gap between seasons, comedian T. Murph worked on his fitness, joking that he wanted to survive the zombie apocalypse, but his physical transformation was written into his character of Clovis. “It really was a celebration,” T. Murph shared. “I'm happy that they embraced it. I didn't know how it was going to be received, and I'm not talking about the audience. Just the writers in general. Because you book something, or someone, and then they come back completely different. But it was a pandemic, it was one of those situations where you don't know what's going to happen. I was like, I got to get in shape, man.”

Keef, Clovis, and Gunther certainly act as a trio at times, but at WonderCon, they were missing the fourth member of their group, Ayana played by Sasheer Zamata. “That's one of my personal favorite things about this season is I got to do a lot more scenes with Sasheer,” Blake revealed. “She's just a pleasure to work with. It was fun.” Blake also revealed that as much as the show may look like it was filmed in San Francisco where the story takes place, they actually filmed this season in Atlanta.

The goal of Woke is not only to tell a good story and entertain viewers but also to find a more lighthearted and humorous way to discuss some serious issues. “Real change takes real work, and right now, there aren't enough people willing to make that work,” Keith Knight shared his opinion of what the world needs right now. “We don't teach the history of this country very well, and so we're destined to repeat it over and over again. And that's probably the reason why our show will have a great shelf life.”

The entire second season of Woke is now streaming exclusively on Hulu.