The qualities that made Free Solo the captivating documentary it is are on display in National Geographic’s first entry in the revived Explorer series. Alex Honnold is back and doing what he does best in Explorer: The Last Tepui, an hour-long special that premieres on Disney+ this Earth Day. But unlike the Oscar-winning documentary film that made Honnold a household name, in this special the story isn’t really about him. 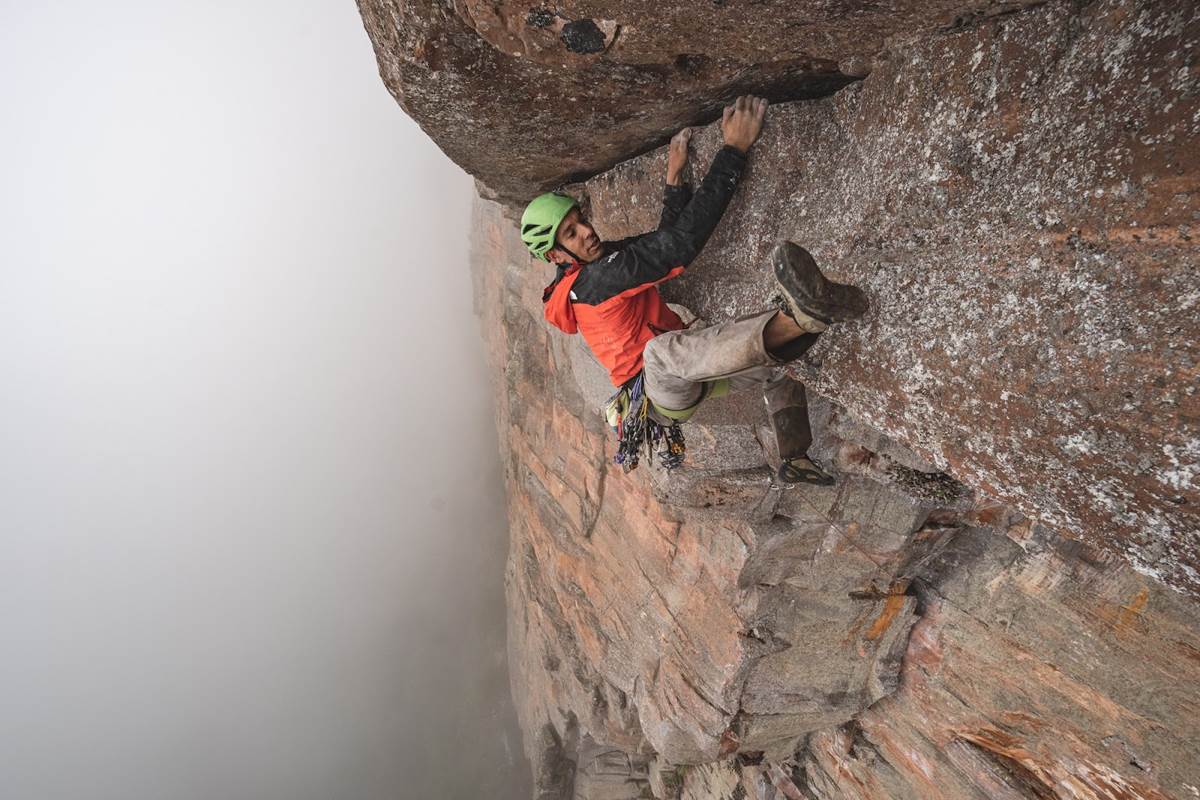 Dr. Bruce Means is a Biologist and National Geographic Explorer who has taken over thirty trips to study the flora and fauna of Guyana, discovering new species in the rainforest. But there’s one area that has proven inaccessible to the researcher, the gargantuan tepuis (table-top mountains) that have never been climbed before. An expert on evolutionary traits, Dr. Means is certain that they will discover a unique species of frog at the top of the tepuis. Getting thre seems like an insurmountable hurdle for anyone, let alone a nearly 80-years-old biologist.

Joining the expedition are world-famous climbers Alex Honnold and Mark Synnott, along with another biologist with climbing experience, Federico Pusani. The special does a good job of setting up how difficult it is to get to the tepui, but the real thrill of the special is the climb itself. Loose rocks add suspense to the ascent, as do roofs without much to grab on to. While ropes are present, the climb itself is just as intense as Honnold’s free solo climb on El Capitan. Drone footage routinely gives viewers the massic scale of these walls, flying back to bring the whole vista into frame.

Explorer: The Last Tepui occasionally suffers from documenting too much of the journey, given the special’s short runtime. What could’ve been a tight and cohesive narrative about a daring climb to find a new species gets weighed down by travelogue components that likely would’ve played better if it were edited as a miniseries. While it’s nice to get a sense of everything that was going on during the expedition, the story feels better served by a different editing style. A co-production with ABC News, there are also a few moments of forced synergy with Good Morning America co-host Michael Strahan that stop the forward-momentum of the special.

The strength of Explorer: The Last Tepui is in the climb itself, but the heart of it is with Dr. Bruce Means. This expedition is the culmination of his life’s work and seemingly the last time he will get to visit South America. There’s a touching moment where he comes to terms with this fact, taking in the lush environment in a peaceful moment of solitude. As for the success of the endeavor, you’ll have to watch and see what the team finds when Explorer: The Last Tepui begins streaming this Earth Day.