Art imitates life, but can that process be cyclical? Can it work in reverse? At 27 years old, the first Toy Story film is now older than the first Star Wars film was in 1995. And while there wasn’t anything specifically about Toy Story that drew comparisons to the franchise George Lucas created, as Pixar delved further and further into the world of Andy’s toys, connections were inevitably drawn. Perhaps this is why it’s so fitting that, among many sources of inspiration, Lightyear director and screenwriter Angus MacLane was heavily influenced by the original trilogy. 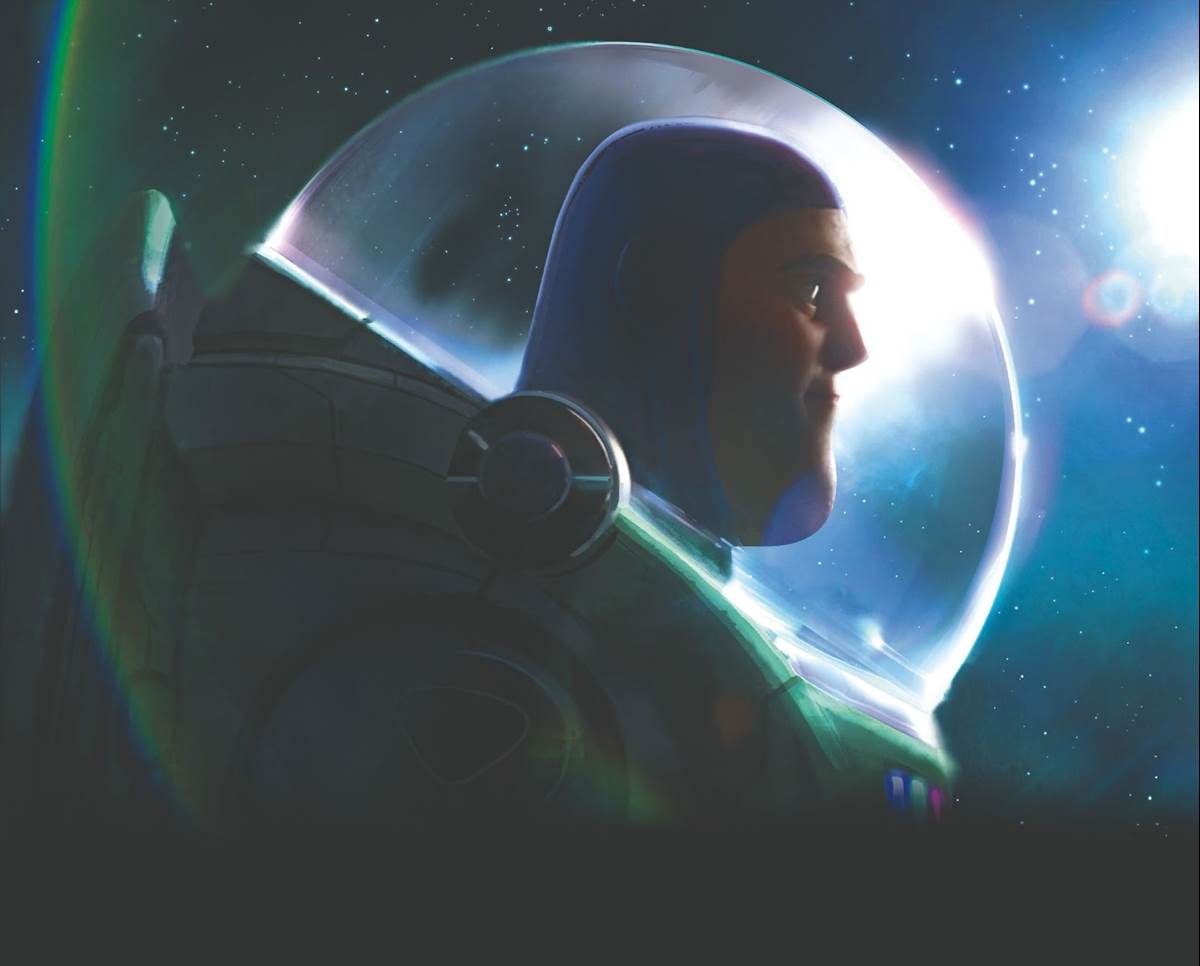 “I saw a movie that changed my life: Star Wars,” Angus MacLane revealed during an early press day for Lightyear, recalling that it was 1979 when the impressionable child discovered a galaxy far, far away. “After I saw Star Wars, all I wanted to play was Star Wars. All I wanted to draw was Star Wars. Star Wars was my religion. And it lasted for years. But Star Wars was only the beginning of a string of sci-fi classics that defined my childhood. It seemed like every year there was another genre-defining classic. And then, in 1995, I saw another film that changed my life: Toy Story.” Angus was a young adult by the time Toy Story came out and he wasted no time getting to Pixar, joining the team as an animator in 1997. He’s no stranger to the Toy Story world, having worked on Toy Story 2 and Toy Story 3 and directing the short Toy Story Toons: Small Fry and the television special Toy Story of TERROR! In other words, he has a lot of experience in both the Star Wars and Toy Story sandboxes.

“In Toy Story, Andy had a birthday party. His favorite gift was a character that he loved, Buzz Lightyear the Space Ranger. And it was a toy that would redefine playtime for Andy. I've always wondered what movie was Buzz from? Why couldn't we just make that movie? So that's what we did. Presenting Lightyear, the movie that Andy saw that changed his life. Andy's Star Wars. A sci-fi epic designed to inspire a new generation.” However, the Buzz Lightyear in the film, voiced by Chris Evans, is several steps removed from the toy Andy played with, voiced by Tim Allen. “I imagined this was a movie that then later there was a spinoff cartoon,” Angus explained. “And then the Toy Story toy was made off of that cartoon design.” This clarification allowed the story team to not be too bound by elements of Buzz Lightyear’s story that was revealed in the Toy Story films. “It does feel like the events of what happens on the back of the package for Buzz Lightyear don't happen in this movie.”

The most memorable Star Wars reference in the Toy Story films comes in the first sequel when Buzz Lightyear comes face-to-face with a toy of the Evil Emperor Zurg, who reveals himself to be Buzz’s father. “We have a very literal Star Wars reference of the recreation of The Empire Strikes Back scene,” Angus recalled. “We all thought it was hilarious back then… That's fine for that movie. But for this movie, we had a saying, we never wanted to remind the audience of a better film… There's not a lot of recognition comedy in this film. Now, there are plenty of subtle references to sci-fi franchises, I don't know if there are many Star Wars ones per se. But they're pretty subtle and they wouldn't distract a casual viewer.” By the way, Zurg being Buzz’s father isn’t canon because in Lightyear, Zurg is actually a robot (or so we’ve been told).

While Star Wars fans might not find a specific Easter Egg in the film that calls back to Luke Skywalker’s saga, there’s no denying that the original trilogy was a source of inspiration for Lightyear, including one of the research trips. “We got a rare look at the Lucasfilm archives,” Angus shared. “The art team and I went up to see the archives for Star Wars, The Empire Strikes Back, Return of the Jedi, all of the Indiana Jones films.”

When it came to designing fast space travel, it appears that Star Wars’ visual language for lightspeed was another influence. “One of our most fun challenges was creating hyperspeed,” revealed visual effects supervisor Jane Yen. “The hyperspeed effect was a key story point, and critical to get right for the film. Rather than based the look purely on what physically happens, Angus and art leaned into finding a visual stylization with a wow factor… Ultimately, for our final look, we went with a style of long, multicolored streaks that pays homage to the classic sci-fi films that Angus loves.”

Inspired by films he grew up with in the 70s and 80s, Angus also tasked his team with creating a cinematic look evocative of films from that era. “I'm a model maker at heart, and I've had a deep love for big machines ever since I was a kid,” sets art director Greg Peltz explained, who took a queue from Industrial Light and Magic by building a physical model of one of the ships to help replicate the look in the computer. “The design language of Lightyear, it's one that's inspired by the era of movies and technology of our childhoods… We envisioned the push-button world that was thick, geometric, and analog. We really wanted the look of our models to be such that you'd want to reach out and touch them and start playing with all the buttons and switches. A basic rule of thumb in our world, there are no touch screens or cloud sharing in the world of Lightyear. It's all zip disks and 20-pound CRTs. In addition to looking cool, there's kind of a toy-like appeal to the shapes and the deco of the style that fits really well with the subject matter that we're adapting, Buzz Lightyear.”

It's gonna have everything you'd want in a Buzz Lightyear film,” Angus MacLane promised. “It's gonna have Buzz, it's gonna have Star Command, it's gonna have spaceships, there's gonna be lots of robots. There'll be robots trying to kill ya. There'll be cyclops robots. We've even got the robot cat. We're gonna have so many robots, you're gonna get sick of robots. And just when you get sick of robots, we're gonna give you one more. We're gonna give you Zurg. Lightyear is a celebration of movies and sci-fi epics in general, but also inspired by the dark side of nostalgia, and the dangers of living in the past. As a director, it's the movie I've always wanted to make. And as a filmgoer, it's the movie I've always wanted to see.”

Pixar’s Lightyear premieres only in theaters on June 17th, including on IMAX screens, Pixar’s first film framed in the full IMAX ratio.