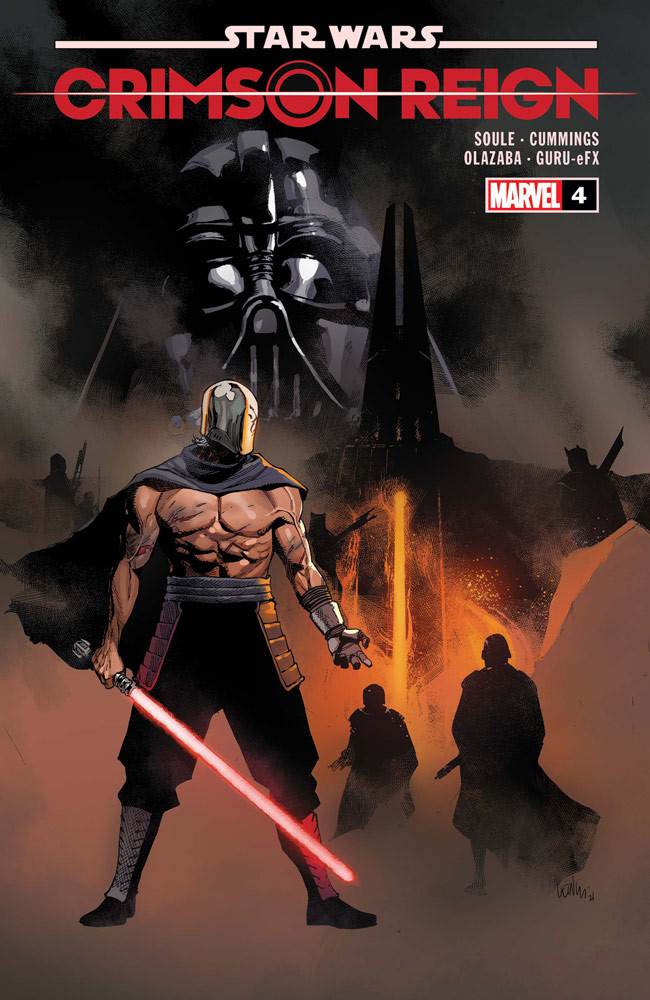 And now Soule has brought the Knights of Ren back for more misadventures in the Star Wars: Crimson Reign miniseries, the fourth issue of which arrived today. 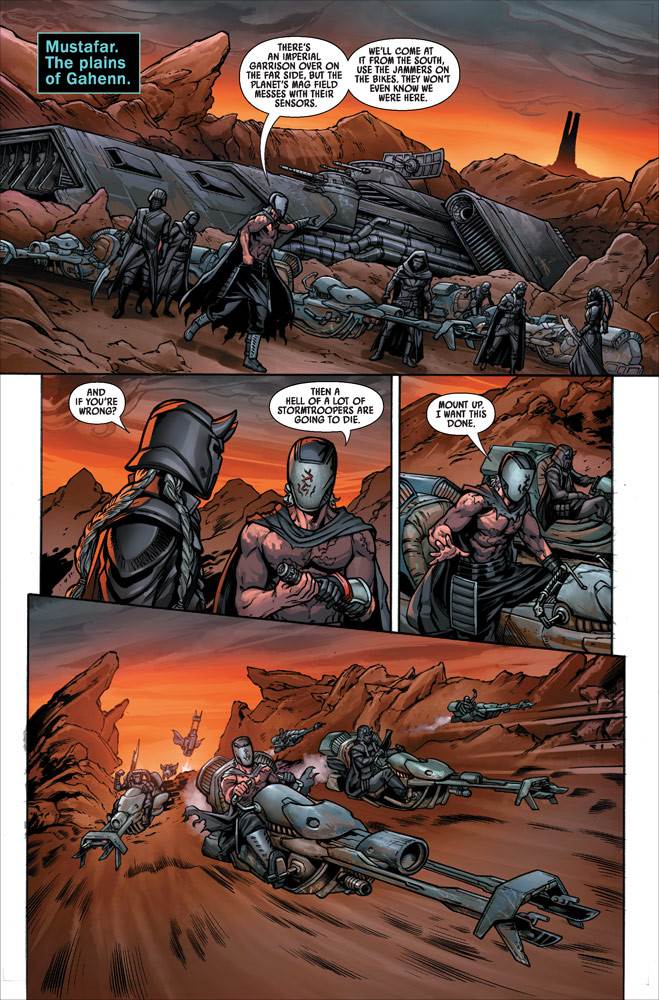 Indeed, Crimson Reign #4 focuses pretty much exclusively on the Knights of Ren, opening with a flashback to the planet of Varnak, where Crimson Dawn ruler Qi’ra approaches the Knight and their leader (called only “Ren”) to help them permanently evade their enemies in the Empire and the Sith Order who seek to destroy them. Qi’ra sends the Knights to Darth Vader’s Castle on Mustafar (first seen in Rogue One: A Star Wars Story, but then expanded upon in Charles Soule’s equally excellent Star Wars: Darth Vader – Dark Lord of the Sith comic run) to steal a mysterious ancient artifact known as the Screaming Key. On their way to the lava planet where Obi-Wan Kenobi and Vader once famously had their no-holds-barred duel, the Knights of Ren are fairly confident that they’re going to have an easy time completing this task, but things get significantly more complicated for them soon after their arrival. In the castle, the Knights encounter a hauntingly familiar helmet, the enigmatic caretaker named Vaneé (also from Rogue One), and a whole mess of specialty trooper guards. Then once they do finally gain access to Darth Vader’s private vault, they (SPOILER ALERT) come mask-to-mask with the Dark Lord of the Sith himself. Vader was supposed to be off-planet investigating the death of Emperor Palpatine’s royal guards (as seen elsewhere in the Crimson Reign crossover event) but for whatever reason he shows up here just in time to confront his would-be burglars before they can make off with the strange key in question. However, to my extreme surprise, the Knights actually do manage to get the better of Vader and escape with the Screaming Key, basically overwhelming him with their numbers and distracting him with blaster bolts while Ren uses the Force to retain possession of the key. It’s a pretty thrilling heist overall with fantastic art by Steven Cummings, but I am most intrigued by Darth’s bewilderment at the end. Will this defeat pay off in later issues of Marvel’s Darth Vader title, or perhaps in Charles Soule’s upcoming Crimson Reign follow-up Star Wars: The Hidden Empire? Either way, consider me tantalized and absolutely excited to find out more down the line. 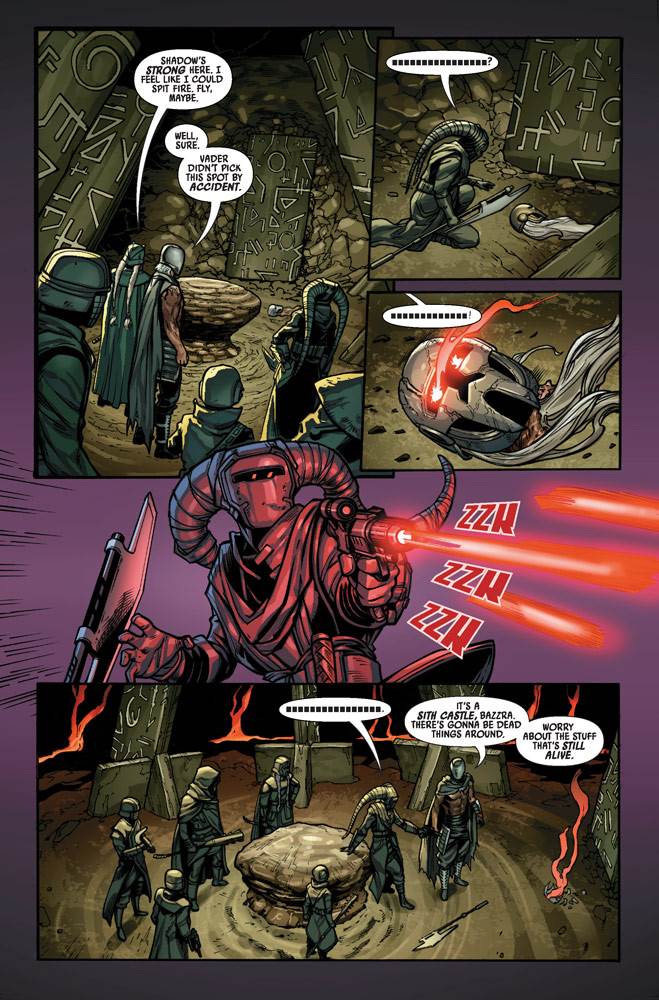