A few weeks ago, we got a #0″ issue that kicked off an exciting new era for two different Captains America. Both Steve Rogers and Sam Wilson are heading off into their own brand new series, and the first issue for the latter has arrived in an explosive way.

“Captain America: Symbol of Truth #1″ sees Sam pick up the shield once again and work with a couple of his old winged friends on an important mission. It’s an action-packed first issue and a great way for fans of the MCU to get to see more of some of their favorite characters. 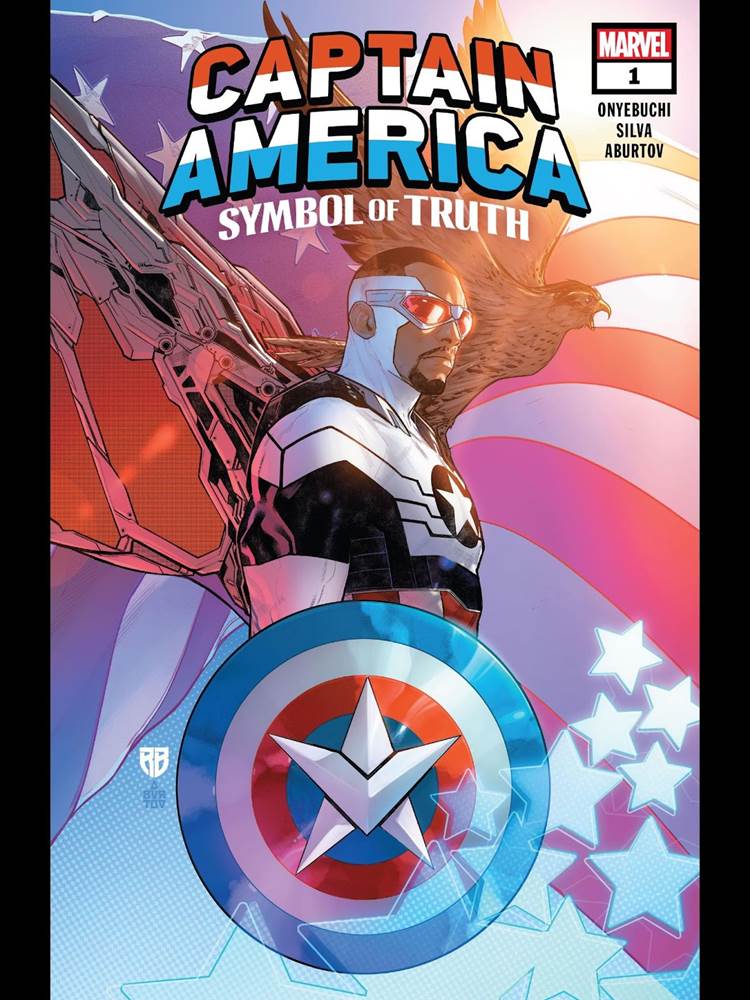 Sam Wilson is back in the stars and stripes and teaming up with Joaquin Torres, the new Falcon. They got a tip from a trusted source, and perhaps much more than that for Sam, that some super soldier serum was being transported on a train. Turns out though, they’re not the only ones looking for it.

Sam has also been working on his relationship with one Misty Knight, it would appear. The two share some dinner and a walk around the city before she becomes that aforementioned trusted source who gives Sam this mission. Their relationship might be professional for now, but there might also be a lot more in the future.

As for the mission, after a whole lot of explosions and butt-kicking, Cap and Falcon are surprised by what they find on the train. And of course, there are some interesting baddies lurking in the shadows and promising to create some problems for our heroes in this series. Sam Wilson is a very popular character right now, thanks to his MCU portrayal by Anthony Mackie. This first issue, and likely this series as a whole, will be a great way for MCU fans to get a window into what this character is like now that he has taken up the mantle of Captain America. And with a fourth Captain America movie on the way, this is something a lot of fans should probably read.

It’s also a great way for audiences to get to know Torres. The MCU also introduced this character in the The Falcon and the Winter Soldier, thought we haven’t gotten to see him put on the wings just yet. This first issue has a lot of great stuff with Torres and he is sure to become a fan-favorite character by the end of this run. If you like your comics with a whole lot of “BOOM,” “POW” and even “KRAKOOM,” you’re definitely going to enjoy this first issue. It is an absolutely-action packed adventure for the two main characters in this starting point. In fact, aside from a flashback to a conversation with Misty and a tease of the villains yet to come, this issue is pretty much all punches and explosions.

And speaking of Misty Knight, she is a very entertaining character and her relationship with Same adds a very interesting wrinkle to this story. The romance and drama that dynamic will bring to this story is going to pair nicely with the action and mystery. And that mystery is going to stem from the villains, with whom fans are probably already familiar, but also have some mysterious motives. You can check out “Captain America: Symbol of Truth #1″ now.