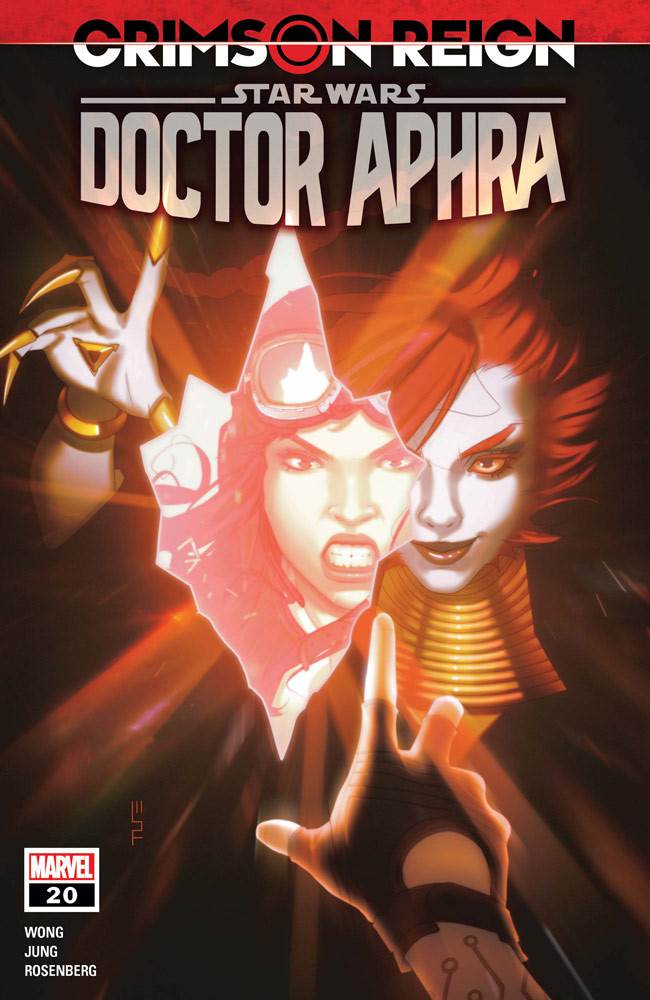 It’s been nearly two months again since we last heard from rogue archaeologist Dr. Chelli Lona Aphra, but the wait was worth it because the 20th issue of Star Wars: Doctor Aphra’s second volume pays off in a lot of big ways.

Doctor Aphra #20 starts with a flashback to Chelli and her frenemy Koh Phon Farrus during their time as students at the University of Bar’leth, where the former has clearly become a bad influence on the latter, enticing the newcomer to break the rules instead of focusing on their archaeological studies like they probably should be. Cut to the “present” (the time period set between the events of The Empire Strikes Back and Return of the Jedi) and the crumbling ruins of an ancient Ascendant temple once buried under the university’s structure. There, Farrus and her former professor Iglan’tine Nos are attempting to open an altar by performing a sacrifice of their own blood– but it turns out they need a third person to complete the ritual. Enter Dr. Aphra, who followed Kho’s trail back to Bar’leth with her partner-in-crime Sana Starros. A battle ensues, as each of these individuals has a reason to unlock the altar and claim the artifact known as the Spark Eternal for themself, but they each also have tricks up their sleeves. Farrus is armed with Ascendant technology giving her fake Force powers emulating the Sith, Aphra has her own long-established cunning and wits, and Nos seems only to want to use the presence of the others to complete her lifelong quest. 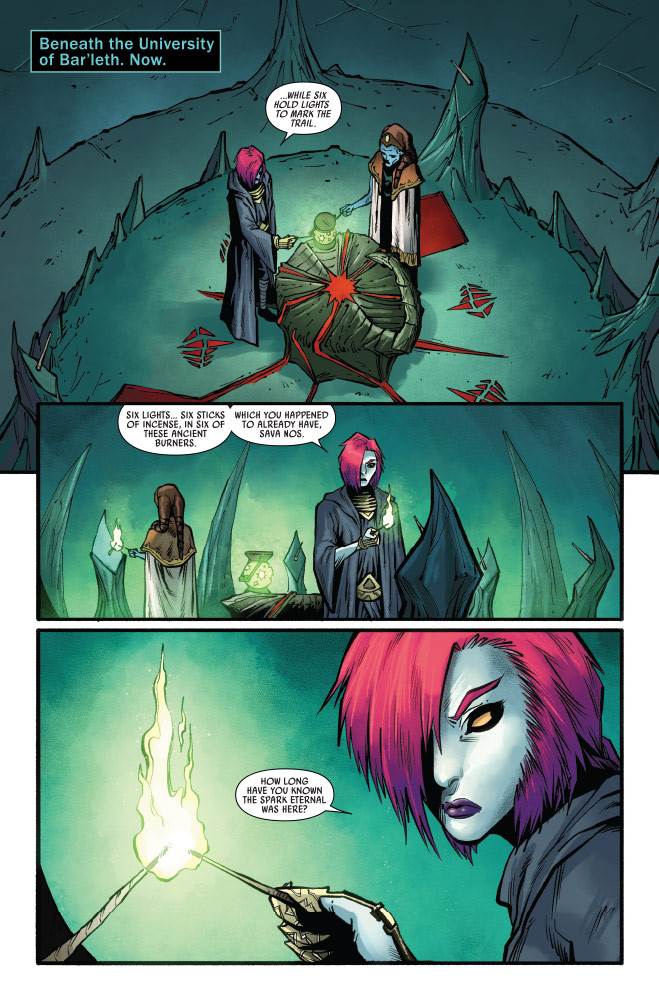 There’s a fairly huge twist at the end of this fight that I’m not going to spoil in the review, but suffice it to say that it came as a pretty seismic shock, even to someone who’s been following Dr. Aphra’s adventures since the very beginning. I love how writer Alyssa Wong is leaning even further into the Indiana Jones influences on this character, and so much of the narrative and underworldly tone of this issue feels like something right out of Raiders of the Lost Ark or Temple of Doom. The conflict between the four characters is a thrilling one, and I like that artist Minkyu Jung makes sure we know where all of the players are geographically in relation to each other, in order to make the action that much more clear and exciting. Those final few pages, though… I kind of wish I could talk about what’s going on there, but I can’t really even claim to fully understand it just yet. That’s something that we’re going to have to wait until the next installment to figure out. 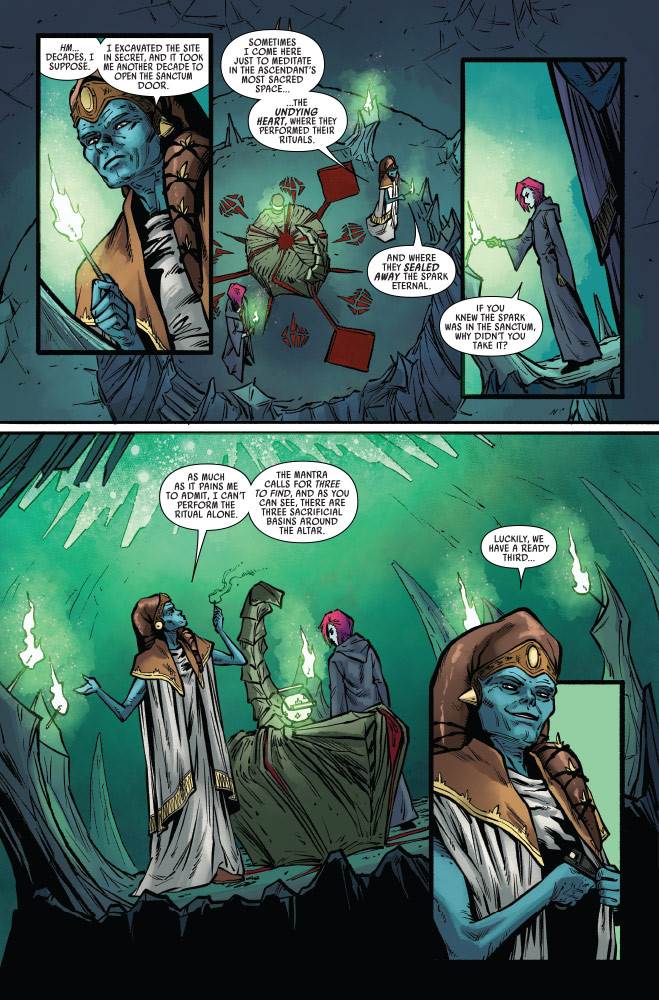