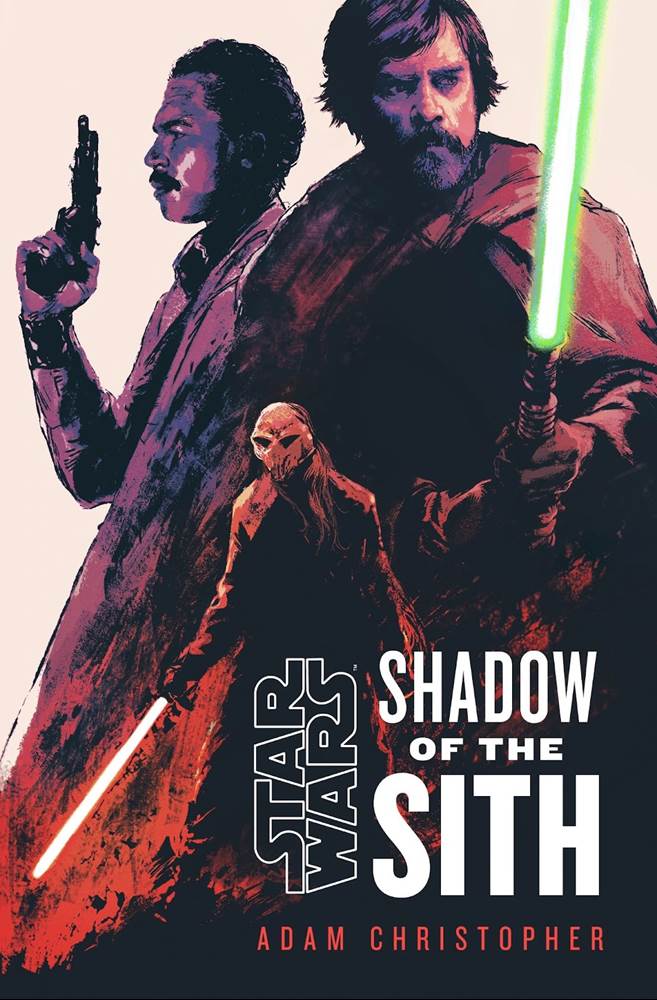 Despite briefly interacting on-screen in the original Star Wars trilogy, Luke Skywalker and Lando Calrissian aren’t two characters that we think of as having spent a lot of time together. Lando tends to be considered more of Han Solo’s part of the galaxy, while Luke is usually too busy off doing his Jedi thing to be bothered with gamblers and scoundrels, even if one of them did manage to be promoted to the rank of General in the Rebel Alliance.

That’s why it was so intriguing to hear Lando say that he went on an adventure with Luke in-between trilogies in a line of dialogue from 2019’s Star Wars: The Rise of Skywalker. And as soon as that allusion to a story that hadn’t happened yet was dropped, I had a feeling we’d be getting a novel or comic-book miniseries about that adventure to fill in the gap at some point. It happened with Obi-Wan Kenobi and Anakin Skywalker’s “business on Cato Neimoidia” recently (via Star Wars: Brotherhood) and now Luke and Lando’s story is getting told in Star Wars: Shadow of the Sith by author Adam Christopher.

In Shadow of the Sith, Christopher (who contributed short stories to both Star Wars: From a Certain Point of View anthologies so far and was announced to be writing Del Rey’s subsequently canceled novel based on The Mandalorian) follows up on the line about Luke and Lando trailing “an old Jedi hunter” named Ochi of Bestoon by diving deep into what exactly that mission entailed and why the two friends both entered into it. Ochi, of course, not only showed up via flashbacks in The Rise of Skywalker, but has also become a regular supporting character in Marvel’s excellent Star Wars: Darth Vader comics– set between The Empire Strikes Back and Return of the Jedi– which the author uses as a solid foundation here. It turns out the assassin became obsessed with returning to the hidden Sith planet of Exegol for its mystical dark-side healing properties after visiting the location with Vader in the comics. Consequently, he takes an assignment from the Sith Eternal cult to track down Emperor Palpatine’s escaped clone Dathan, Dathan’s wife Miramir, and Palpatine’s young “granddaughter” Rey in exchange for a wayfinder leading to Exegol.

Yes, within the first few chapters of this novel, we not only get the names of Rey’s parents, but also the name of the planet where Luke Skywalker’s Jedi academy is located (which I won’t spoil here). It’s become clear that since the dust has settled on the sequel trilogy, the powers that be at Lucasfilm are now much more willing to be forthcoming about information that had previously been held pretty close to their vests. But Shadow of the Sith isn’t all about big reveals– it also has a fairly compelling story that kicks off when Luke receives a visit from his old friend Lor San Tekka (played by Max Von Sydow in Star Wars: The Force Awakens). Lor borrows Luke away from the academy and Padawan Ben Solo to pay a visit to a mysterious dig site where galactic archaeologists (including Dominic Monaghan’s character from The Rise of Skywalker, Beaumont Kin) are digging up some ancient Sith relics. These discoveries lead Luke to another familiar location that I also won’t spoil, where he has prophetic visions of Exegol and receives an unexpected visitor.

Meanwhile, Lando Calrissian is searching for his lost daughter– another surprising backstory detail hinted at in The Rise of Skywalker– when he stumbles across Ochi of Bestoon on the mercenary’’s path toward kidnapping Rey, and this sets the ex-Baron Administrator of Cloud City on a collision course with his old pal Luke. The pair team up and go planet-hopping to locate Dathan and Miramir (who we also get to spend a good amount of time with) before Ochi can catch up with and capture the elusive family. There’s a bit of frustrating wheel-spinning in the middle of this 465-page tome as our heroes keep showing up moments too late to rescue Rey and her parents from the servants of the Sith, but Christopher does a good job of keeping things interesting otherwise. I particularly like how much the author paid attention– likely with the assistance of the Lucasfilm Story Group– to these characters’ numerous other appearances in the current-canon Star Wars movies, novels, and above-mentioned comic books. There are cameos, callbacks, and references to events I definitely wasn’t expecting, like the main villain Kiza, who was introduced in Chuck Wendig’s Star Wars: Aftermath trilogy six years ago.

Kiza was a member of a different dark-side cult known as the Acolytes of the Beyond, but now works for the Sith Eternal in an effort to bring about Palpatine’s return. She wears (and is mostly controlled by) a mask once belonging to an ancient Sith Lord and functions as this book’s Force-wielding antagonist for Luke. On the good side we meet Komat, another ex-Acolyte who Luke previously helped turn to the light– I feel like that story could theoretically get its own novel, as well. There’s definitely a lot going on here, and Shadow of the Sith is a relatively long read for contemporary Star Wars literature, but I would say it’s almost entirely worth it, especially for fans of Luke, Lando, Rey, and Ochi. Christopher has the voices of the characters down really well, and it’s very nice to see the two leads– one led by the Force and one who relies almost entirely on luck– working in tandem. I will say that I wasn’t a huge fan of The Rise of Skywalker when it was released, but I appreciate how ancillary Star Wars materials like recent television series and publishing projects like this have gone a long way to make that film harmonize more seamlessly in the tapestry that is this franchise’s ever-expanding mythos. Star Wars: Shadow of the Sith will be released on Tuesday, June 28, but is available for pre-order right now.