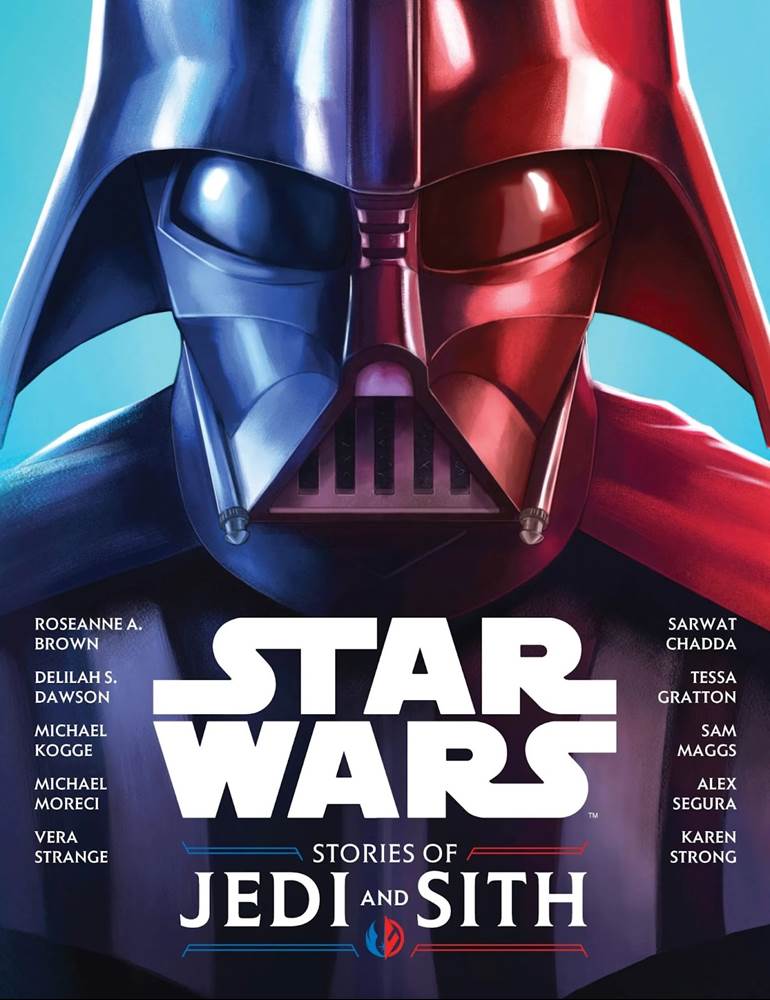 I’ve made it pretty clear that Force-users are among my least favorite “classes” in Star Wars storytelling. To me, the Jedi (and the Sith, for that matter) are most interesting when they are near extinction– rare artifacts of an earlier age to be unearthed rather than plentiful and prospering in the galaxy. That said, I have of course enjoyed plenty of stories about the Jedi– Lucasfilm’s current Star Wars: The High Republic publishing initiative inarguably among them– and I always aim to keep an open mind when diving into something that I know is going to be Jedi-focused.

Case in point: Star Wars: Stories of Jedi and Sith, the new middle-grade short story anthology book from Disney-Lucasfilm Press. This release is a collection of ten tales, written by ten different authors, each of which focuses on an already well-known member of either the Jedi or the Sith Orders. 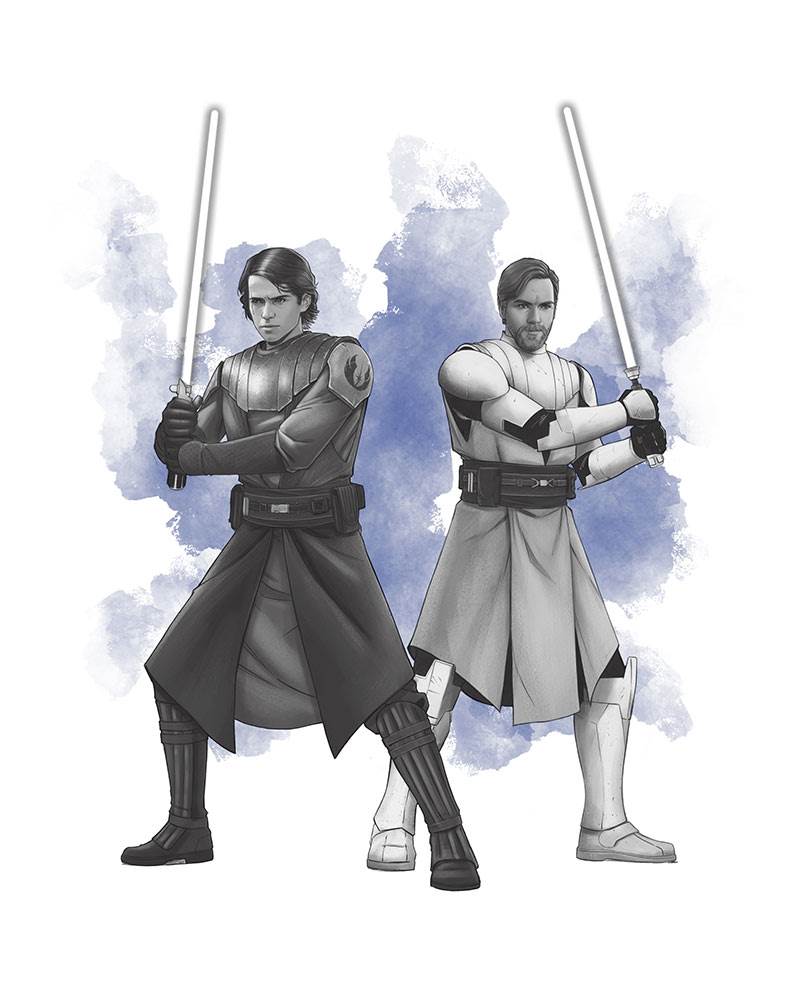 In Stories of Jedi and Sith, we read about a young boy from the seedy Coruscant undercity who wishes to be a Jedi (during the High Republic era, not coincidentally) and encounters a wise Master Yoda, we follow Qui-Gon Jinn on a mission to recover a lost Padawan, and we meet children whose lives have been interrupted by the Clone Wars as they wait for Obi-Wan Kenobi and Anakin Skywalker to rescue them. We spend some time with Barriss Offee in a story that leads into a memorable episode of the Star Wars: The Clone Wars animated series, we join Asajj Ventress as she gets trapped in a pit with a lone clone trooper as her only means of escape, and we encounter Maul as he explores a haunted Sith castle. We watch Darth Vader hunt a white-haired Wookiee saboteur, we see Luke bond with a fellow rebel soldier on Hoth, and we witness the final meeting between Yoda and his rival Emperor Palpatine.

And lastly, in one of my favorite stories from the book (written by Roseanne A. Brown), we jump ahead to the sequel trilogy period to delve a little further into the rocky relationship between Rey and Poe Dameron. I found that tale refreshing because it added something new to what we already knew about these characters, as most of the best entries in this book successfully do. I think the best offering, however, might be Ventress’s tale (by the extremely talented Delilah S. Dawson of Star Wars: Galaxy’s Edge – A Crash of Fate), as we see the character look down her nose at the clone trooper she’s forced to work alongside, only to realize that she has a better chance of surviving with him than without him. The Maul tale (by Michael Moreci of the Star Wars Adventures comic-book series) is compellingly spooky and the Qui-Gon story (by Alex Segura of Star Wars: Poe Dameron – Free Fall) made me look a little differently at what it means to be a Jedi. 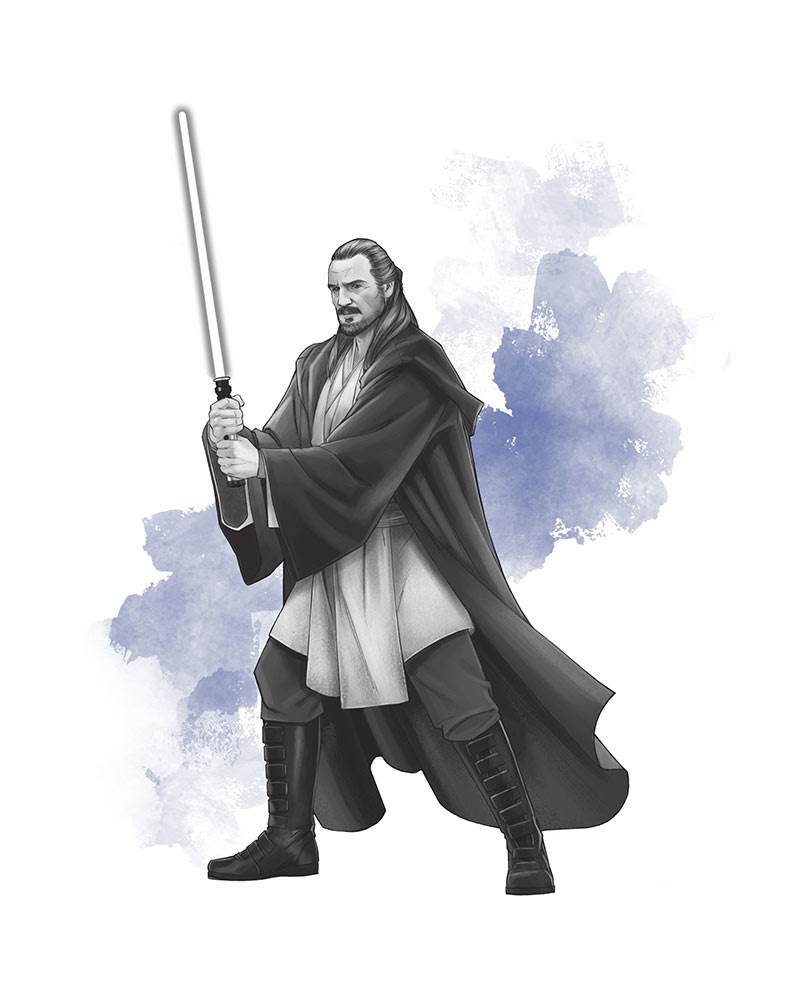 On the other hand, the two entries here that I didn’t quite connect with were the Luke Skywalker story “Luke On the Bright Side” by Sam Maggs, which (like its title) felt too clever by about half, and the Palpatine tale “Masters” by Tessa Gratton, which spent most of its page count rehashing scenes we’re already intimately familiar with from the movies Revenge of the Sith and Return of the Jedi. But eight out of ten definitely ain’t bad, and none of the stories in this book are terribly long, so even the examples I didn’t love wholeheartedly went by pretty quickly. Besides, it’s always nice to spend time with these characters, even if they are Force-users.

Being a middle-grade book, Stories of Jedi and Sith is intended for readers between the ages of eight and twelve, and I felt like all of the authors were able to hit that target well. I think this volume could be a good way for kids in that range to dive into the concept of reading original Star Wars stories, especially if they’re already familiar with these characters from the films or animated television series. Another minor complaint is that the stories are weighted mostly toward the prequel side of the timeline, but it was nice to see the original trilogy and High Republic get some representation as well. I do think we could have used one or two more tales set during the sequel era, perhaps focusing on Kylo Ren (I know, not technically a Sith, but still) or even Luke during his exile on Ahch-To before Rey arrives. Otherwise I feel like this is a fairly well-rounded, entertaining anthology that I could absolutely see becoming a foundational collection for younger Star Wars readers. 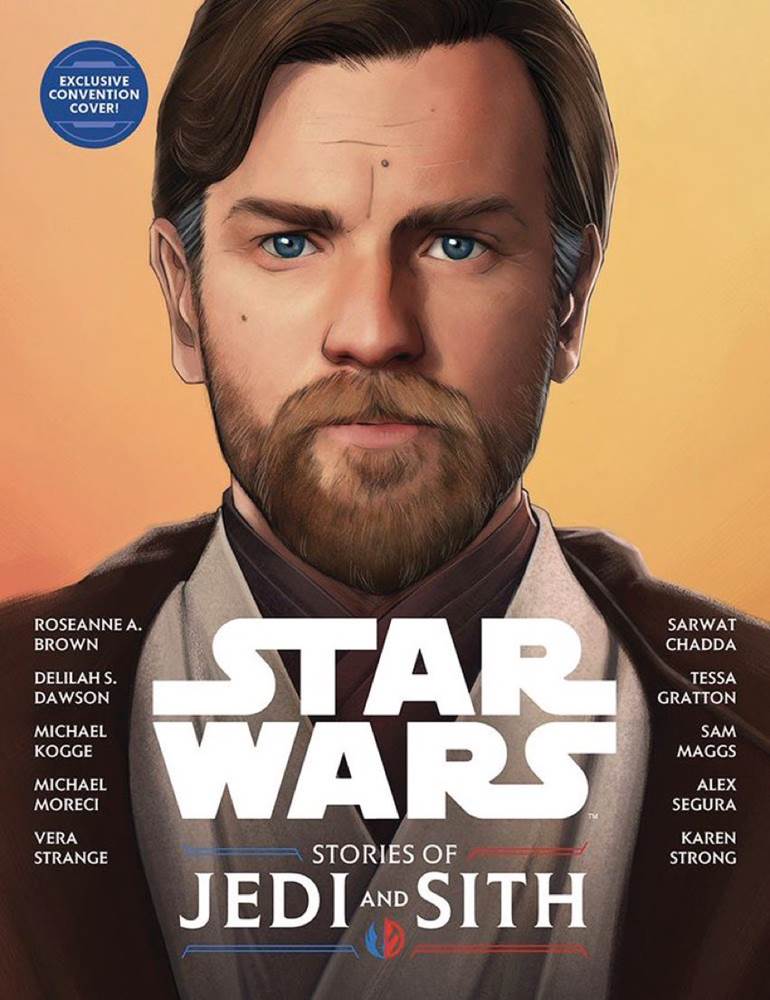 Star Wars: Stories of Jedi and Sith is available now wherever books are sold.