Thanks to a brief moment in the newest film from Pixar Animation Studios, Lightyear, all eyes are on Tomorrowland’s Space Mountain for potential redesigns of the classic Disney Parks attraction to tie-in with the latest IP. I think they’re wrong, and all eyes should be on a corner of EPCOT’sWorld Discovery.

What follows is a fully speculative rant based on my own theories that come from the film Lightyear, Disney Parks attractions, and the current trends of the Walt Disney Company. In no way has any of what I’m about to say been confirmed or acknowledged in any official capacity. And, I might hit a point or two revealing information about Lightyear that otherwise may want to be avoided so consider this a spoiler alert as well. 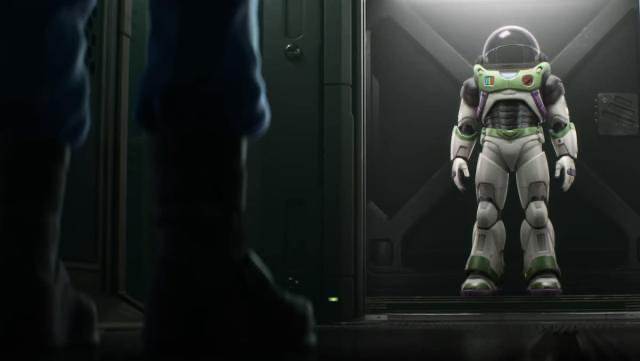 Pixar’s latest film, Lightyear, has been marketed as the definitive origin story of Buzz Lightyear, the toy we all know from the hugely iconic Toy Story franchise. It’s a bit more than that, in a unique meta-story that the film even opens up with – that this is the movie Andy (from Toy Story) saw that made him want to get his hands on a Buzz Lightyear action figure.

Far from the Toy Story world that most fans are used to (or even expecting to see in some cases), Lightyear takes viewers on a cinematic sci-fi thrill ride that is more akin to live-action fare. As such, fans who have already seen the movie are buzzing about where and how they can have a Lightyear experience at the Disney Parks. For some reason, many fans have locked on to a facility that is under construction in the film, noting its similarity to the shape of Space Mountain at Disney Parks around the world.

Much like how I think anyone who refers to a Monsters, Inc. door vault based roller coaster ride, this idea is too simple. If you’ve seen the film, at no point do they enter this facility so what would a ride entail? It would likely just be a simple reskin and maybe exterior look of the same coaster, now Buzz or another character (looking at you SOX) would give the preshow spiel. The only credence I give to this idea of an easy out in the name of branding sits right across the esplanade at Disney California Adventure, with the Incredicoaster, and really Pixar Pier as a whole. However, in the name of branding an existing Disney Parks attraction in favor of a Lightyear experience, a number of fans (myself included) are pointing to an EPCOT attraction instead. 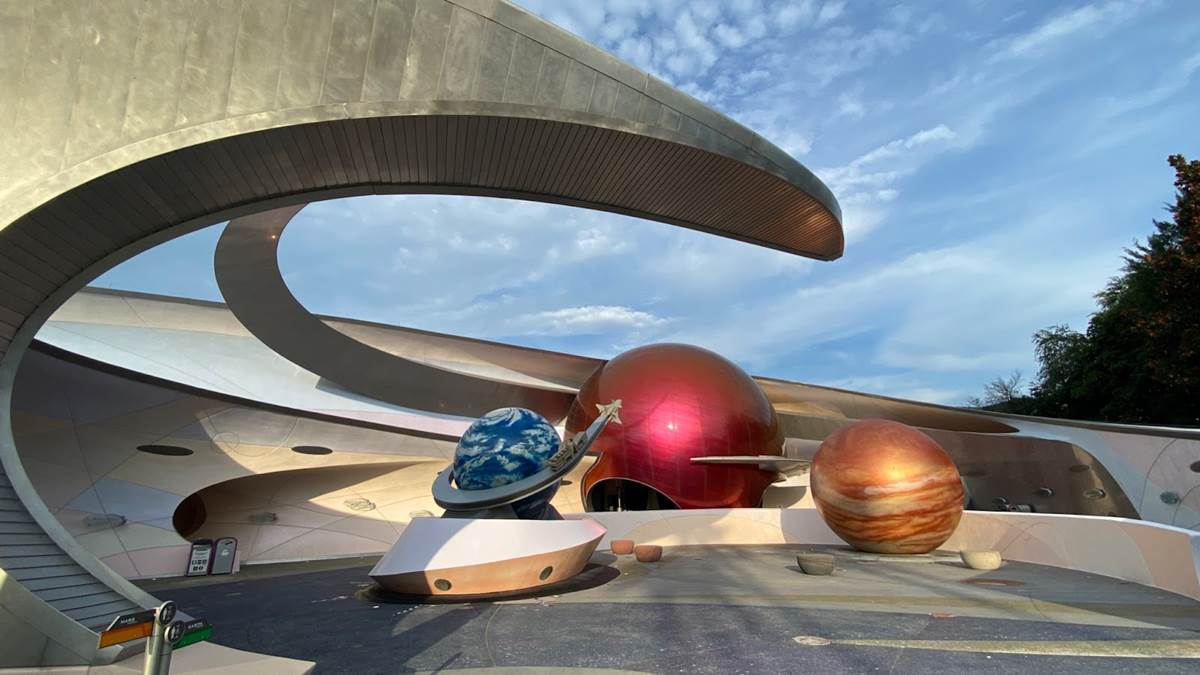 Originally opened in 2003, Mission: SPACE sits in the eastern half of what was formerly called Future World, now known as World Discovery. More on that in a moment. The attraction takes place in the faux International Space Training Center (ISTC) and sends guests on a training mission to Mars via a centrifuge with simulator pods on the ends of its giant rotating arms. The main system will accelerate, applying pressure to the passengers in the pods to simulate the g-forces of a rocket launch into space. It's similar to what real astronauts use when training for real space flights, just not pushed to the same levels of intensity an astronaut might experience, hard as that may be to believe for those who rode Mission: SPACE in the early days.

Though changes in later years would see two separate ride experiences, one intense G-Force ridden experience to Mars and one to a more scenic (and substantially less intense) low-Earth Orbit around the globe, when the attraction first opened it was the same intense experience for everyone. This experience, designed with the help of NASA employees, garnered a lot of bad press for its intense and frequently nauseating experience. As such, the ride was popular but never the franchise-able hit (like a Space Mountain) that demanded to be replicated at Disney Parks around the globe. 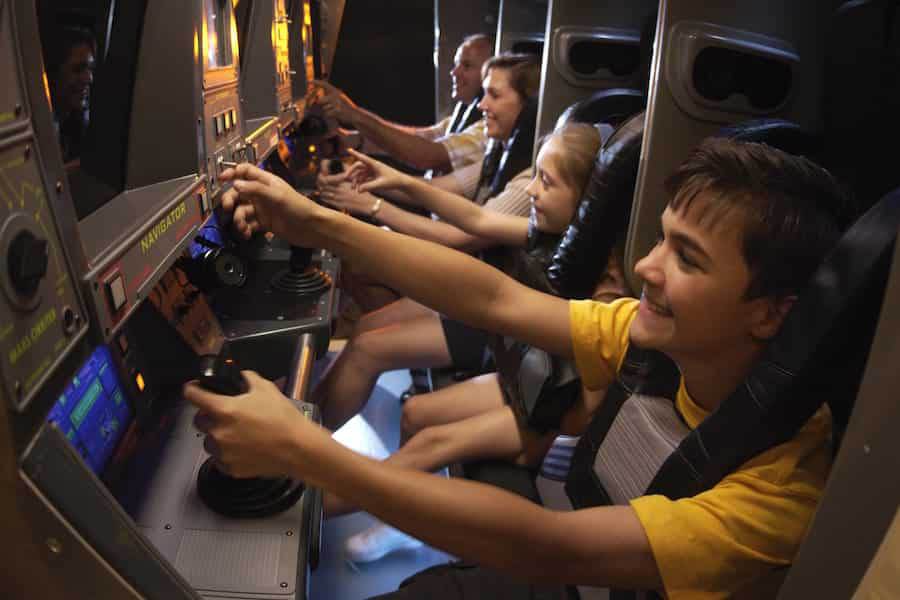 As is often the case with most projects coming from Walt Disney Imagineering, Mission: SPACE has a developmental backstory as well, stemming from a pavilion concept for EPCOT (pictured below) that was dedicated to all things space travel. Reportedly, it was said to be a pavilion akin to Wonders of Life or The Land, that would house multiple experiences in one location. 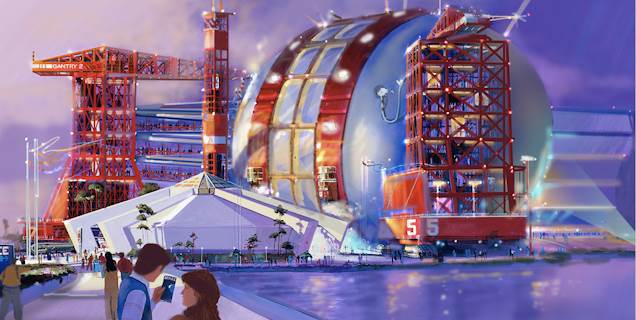 Remember how that building in the background is now sparking Space Mountain rebranding rumors? How about this?

But what we got was Mission: SPACE, which in the attraction’s story, see guests at a training facility on a test mission to mars, strapped into a rocket (an X-2 Deep Space Shuttle to be precise) where they’ll slingshot around the moon before entering hypersleep, waking before their arrival on Mars.

Of course, the mission does go awry (though only for a moment) as trainees awaken to find themselves in the middle of an asteroid field, navigating their way through the obstacles before going hands-on pressing buttons to engage systems and eventually taking over the joystick (though not truly interactive) and landing safely on Mars.

With all that in mind, take a look at the original teaser trailer for Lightyear:

Add into that a scene from the film that almost verbatim explains how Buzz must embark on a hyperspeed test flight, where he slingshots around a star and returns to base to ensure they have the right crystallic fusion formula for hyperspeed.

It’s remarkably similar to the EPCOT attraction. My experience in the theater was the same when I saw Lilo & Stitch’s opening scenes in 2002, when Stitch crawls through the air vents and thanks to surround sound systems of the era, was able to hear him literally crawl around the theater and thought “wow this is just like Alien Encounter.” Insert Angry Emoji here.

Now, Mission: SPACE is nearly 20 years old and has already seen some changes. However, there is one thing around that is relatively new in that timeline: Current Walt Disney Company CEO Bob Chapek. Nobody (that we can immediately think of) in the history of the company loves branding and slapping a familiar IP label on anything he can find like the former head of Parks and Experiences-turned CEO (See also: DCA’s Tower of Terror, Pixar Pier).  Right now, EPCOT is in the middle of a massive refurbishment and renovation that has already seen or will see the addition of Guardians of the Galaxy, Ratatouille, Moana, and more, including The Incredibles and Wreck-It Ralph among others in the upcoming Play! Pavilion. The long-running Illuminations: Reflections of Earth and its story were replaced by the larger Harmonious, representing different cultures as depicted in Disney and Pixar Animated films.

Being able to taking an underrated and often overlooked thrill ride like Mission: SPACE and being able to change the digital film in the attraction and a few surface things, say the ISTC becoming Star Command, and remarketing it as a brand new Pixar-themed Lightyear attraction at EPCOT seems right up his alley based on recent decisions under his watch. 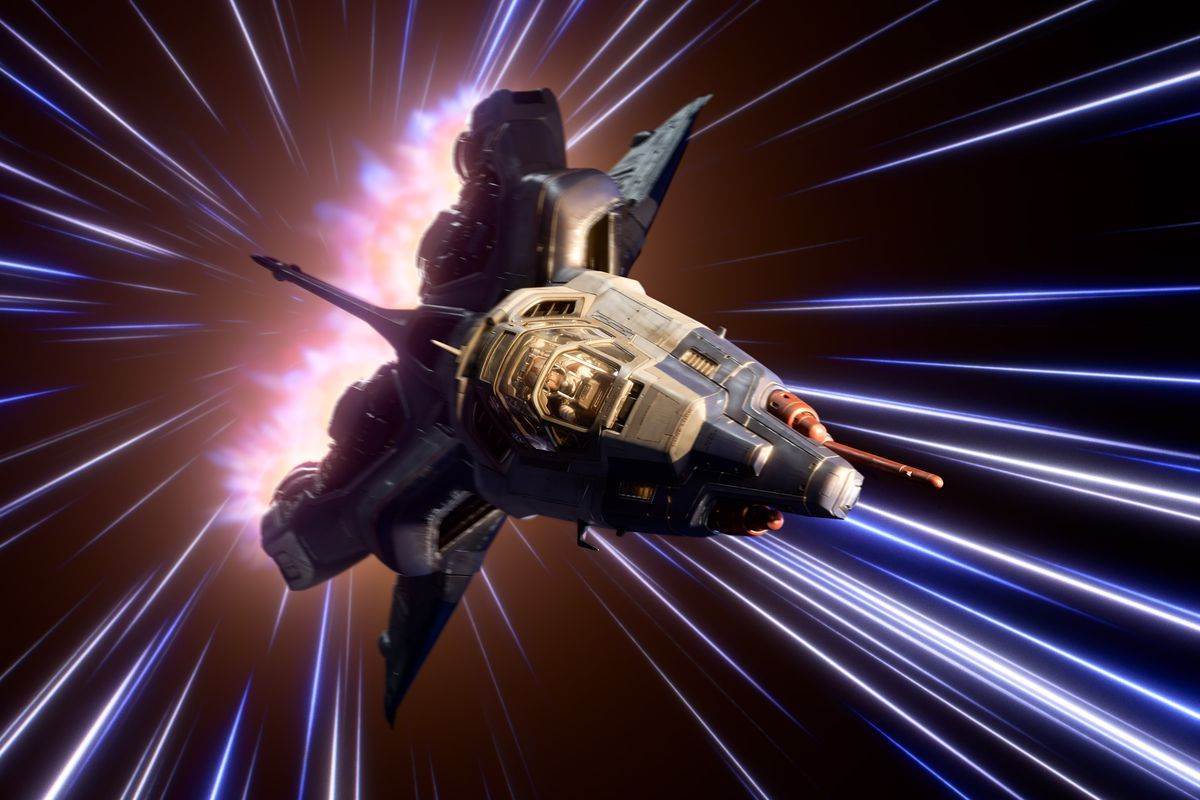 Now, keeping it simple, Lightyear could take over the Mission: SPACE ride system with new footage and content in the queue, but if we wanted to go all out and dust off some remnants of the Walt Disney Imagineering Vault, we could. Back in the 90’s as a new Space pavilion was being developed to replace Horizons at the park, the pavilion was meant to have multiple experiences attached, similar to The Land pavilion or the former Wonders of Life. One of these was an alleged space walk attraction, where guests would strap in and find themselves floating through space. More about this can be found in an article from friend of Laughing Place, Jim Hill. At the simple root of that concept, those who’ve seen Lightyear might immediately think of a climactic moment when Izzy Hawthorne has to, er…space walk…in a way, from one part of a ship to another.

If Imagineers wanted to (and were granted the finances to) go all out on the budget and revive that idea, on top of the Mission: SPACE ship experience, and Space 220 restaurant which itself already has a sort of unshelved pre show attraction just to dine in it’s facility, you now have a full multi-venue pavilion all tied in with the Lightyear IP, fitting into Chapek’s branding rules.

I mean, look at the Lightyear logo against the marquee of Mission: SPACE. It really wouldn’t be all that difficult. 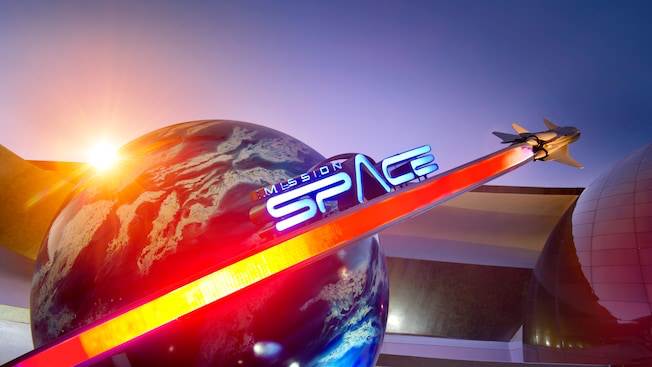 If all of this sounds crazy, Voice of Buzz Lightyear in the new film, and huge Disney aficionado himself, Chris Evans even concurs on the thought process that Lightyear has a tendency to fit a different kind of thrill ride, and name checks Mission: SPACE directly. Even the interviewer from Nerdist didn’t seem to know what attraction he was talking about, mentioning he’s really only familiar with Star Tours.

Though I must say, all of this speculation may be a moot point considering the film opened in theaters but didn’t perform nearly as well as it was expected to. Perhaps if we had a hyperspeed test that took us four years into the future, we’d know for sure. 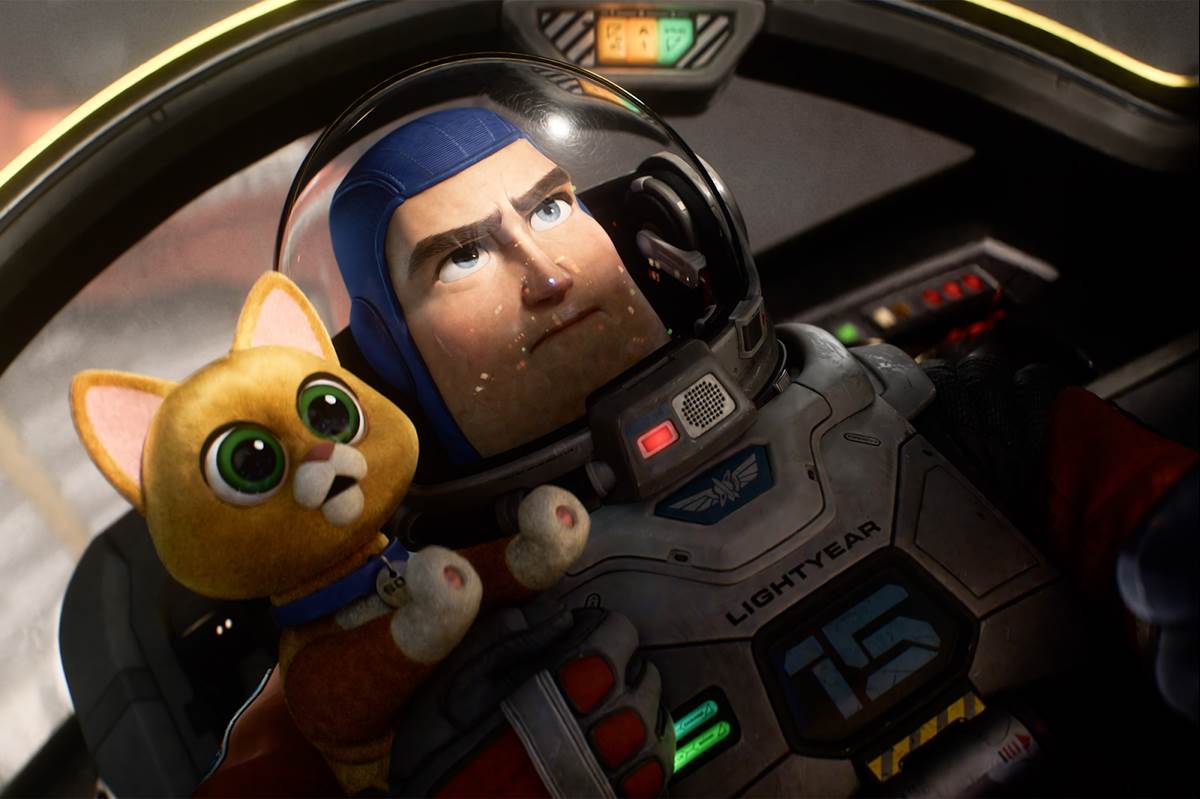