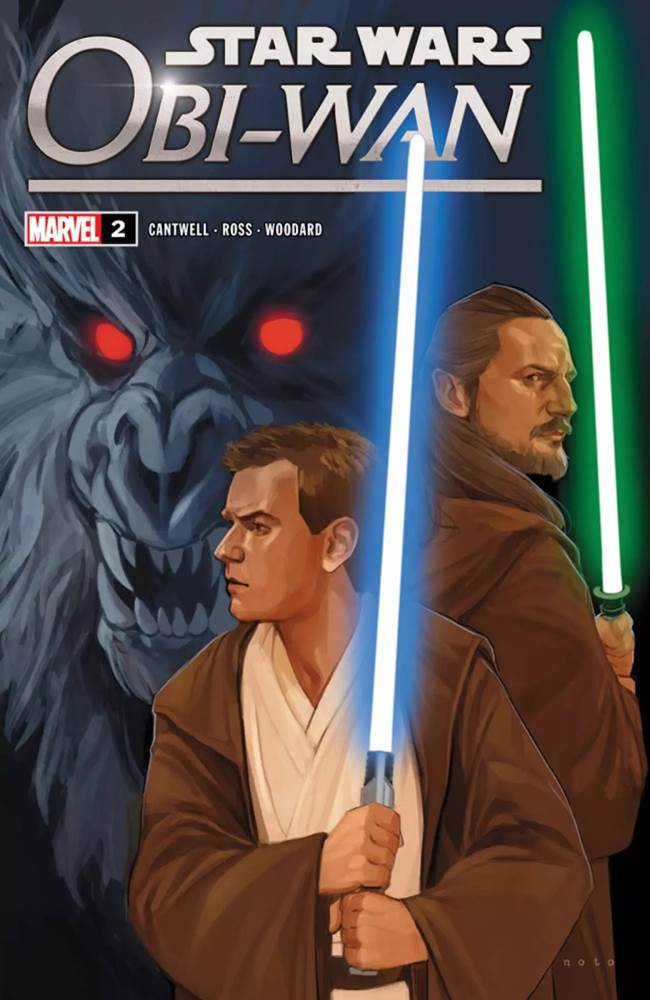 It’s strange that the entire run of the TV show has gone by in-between the first two installments of the comic, but fans of the character will be glad to have further adventures with Obi-Wan coming over the next few months. Star Wars: Obi-Wan #2 begins once more in the “present” on Tatooine (set just before the events of Star Wars: Episode IV – A New Hope), as Old Ben Kenobi awaits a sandstorm in his home in the Jundland Wastes. 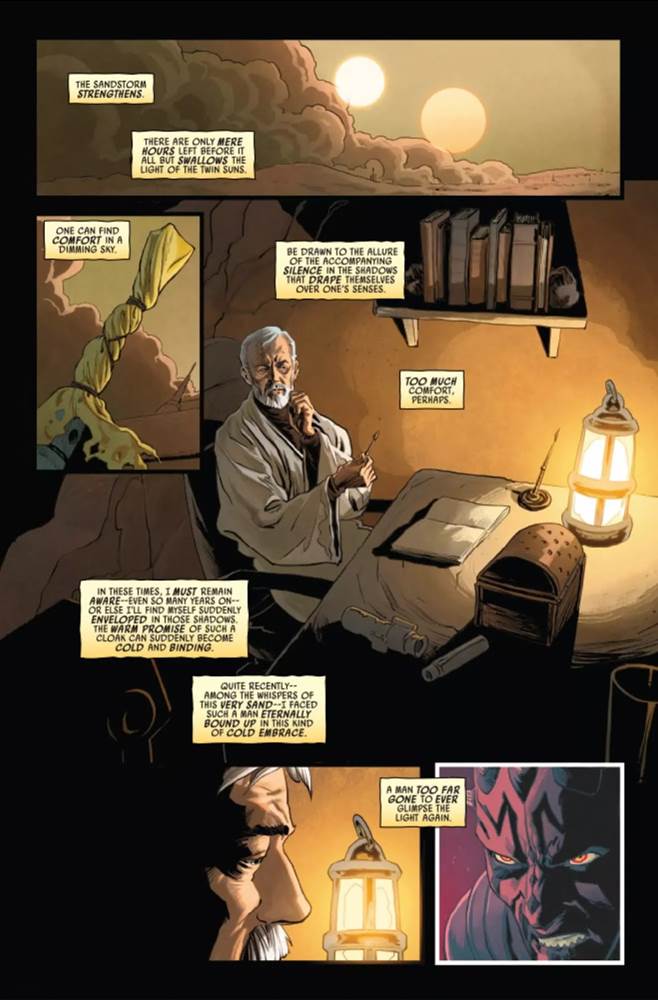 Obi-Wan continues to write in his journal, first thinking back on his recent encounter with Maul in the Tatooine desert (as first seen in the Star Wars Rebels animated series), then reminiscing about a perplexing mission with his old master Qui-Gon Jinn to the Codia System in the galaxy’s Mid Rim. Qui-Gon and young Obi-Wan arrive on Codia’s second moon to find that the celestial body has been bathed in darkness– even their trusty lightsabers seem to be dimmed upon activation. They investigate a mining outpost that had recently been invaded by thieves, the two Jedi unable to see much in front of their own faces without the use of modified macrobinoculars. Inside, they find the power core disabled and numerous blood-covered victims of what appears to be a wolf-like monster running loose in the facility. Upon meeting a Gran survivor from the mining crew, Obi-Wan and Qui-Gon discern that the “monster” is in fact a member of the Defel species (originally spotted as one of the wolfman costumes from the Mos Eisley Cantina in the original Star Wars film) who has been driven mad by the changes in radiation caused by the damaged power core. So our two heroes, with the assistance of the Gran miner, must go about setting things right– Obi-Wan reassembles the power core while Qui-Gon keeps the Defel at bay. It’s an exciting adventure, told entirely in flashback, that improves upon the formula established in the previous issue of Star Wars: Obi-Wan. I think writer Christopher Cantwell has done a terrific job here of capturing the voices of the two familiar characters, while also introducing some new elements and personas that will likely prove memorable to readers. But special attention should be paid to artist Luke Ross and (perhaps especially) colorist Nolan Woodard, who have succeeded in conveying the near-total darkness of Codia’s moon through muted tones. I can’t imagine how challenging a task that must have been as creators who most often rely on brighter hues to depict the situations and actions in the comic-book medium. I loved the atmosphere in this issue and bringing in the horror elements via the Defel and the lack of light was a pleasant surprise. It brought to mind a short story by author George Mann in his Star Wars: Dark Legends anthology about the Shistavanen species (the other wolfman from the cantina) and reminded me that Star Wars can adhere itself to any genre if the proper creative talent is working behind the scenes. 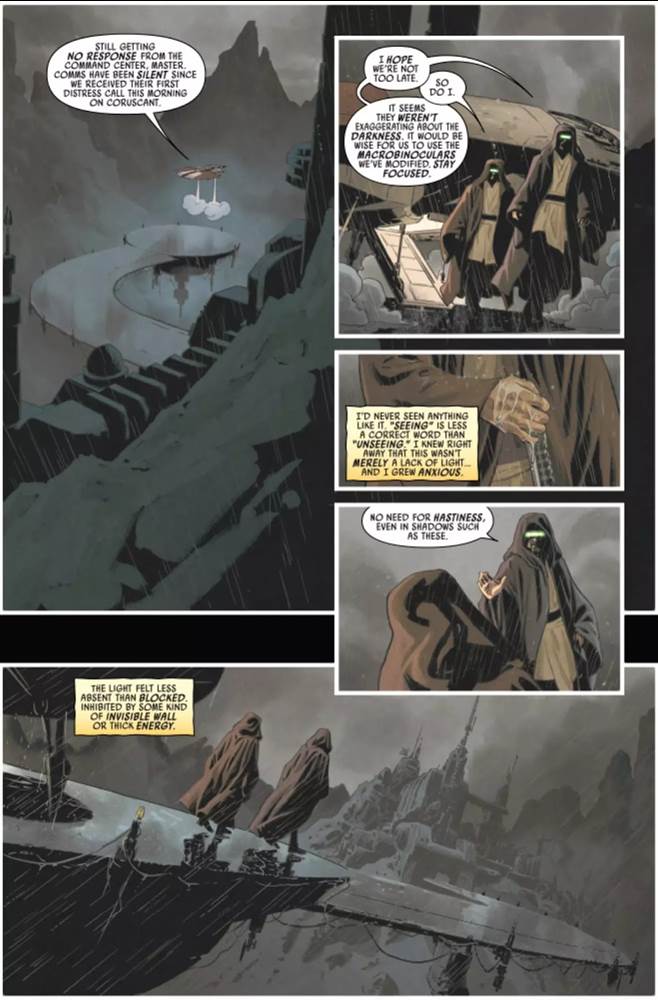