Three more familiar faces from A Galaxy Far, Far Away board the titular ship in the fourth (and penultimate) issue of Star Wars: Galactic Starcruiser – Halcyon Legacy, released last week by Marvel Comics.

Halcyon Legacy #4 begins with a continuation of the overarching “present day” storyline, set between the events of Episodes VIII and IX of the larger Star Wars saga. The Halcyon is still hidden in the dangerous solar storm– an effort by Captain Keevan to escape the pirate Crimson Jack– but its deadly rays are swiftly wearing away at the ship’s shields. To calm down the young girl named Cimina while her grandfather Shorr Komrrin attempts to distract the pirates, the guest relations droid D3-O9 tells her another story– this one set just after the destruction of Alderaan by the Death Star (as seen in Star Wars: Episode IV – A New Hope). The Galactic Empire has commandeered the Halcyon, and its supervisor General Kardan is using his position of power to acquire spoils of war– antiques and collectibles from across the galaxy. Enter pirate queen Maz Kanata who claims to have come into possession of Alderaan’s crown jewels, now priceless in the wake of the planet’s demolition. Kardan purchases the gleaming necklace from Maz, but little does he know that the centuries-old being is only using this transaction as part of a heist planned with scoundrel Lando Calrissian and that old Weequay pirate– sorry, “legitimate businessman”– Hondo Ohnaka. 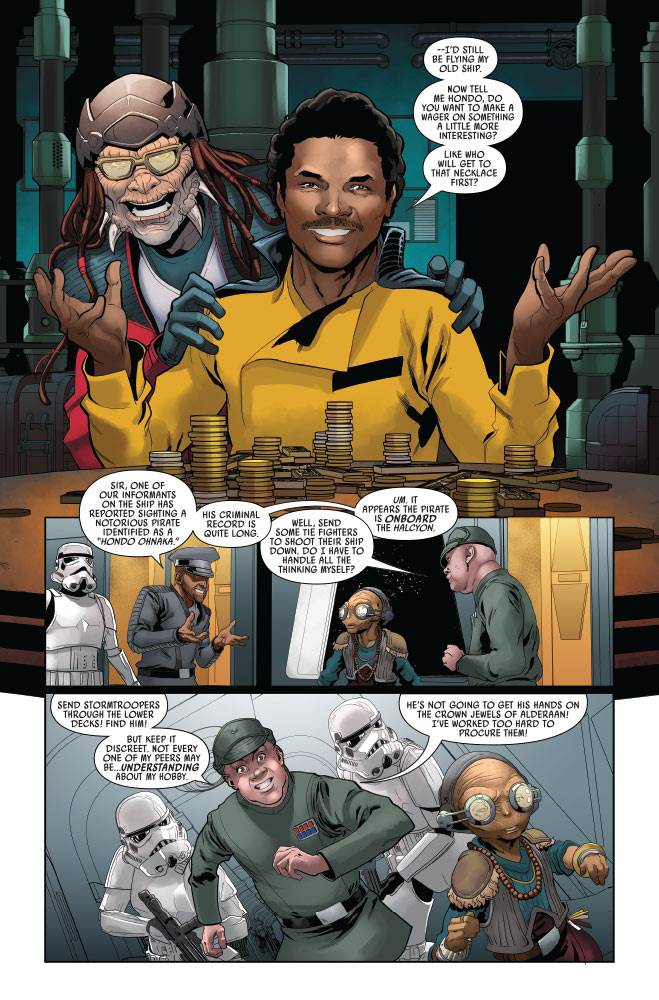 This issue is fun enough, I suppose, but there have been so many heists lately in Star Wars storytelling that I can’t help but wish writer Ethan Sacks had come up with something slightly more original for Hondo, Lando, and Maz to do aboard the Halcyon. Still, it was cool seeing these recognizable faces in locations like the ship’s engineering room, atrium, and bridge, and I like the idea that Lando would join this ragtag group for one last caper before he goes off and becomes Baron Administrator of Cloud City. Will Sliney’s art remains cartoonish but lively, and I got a kick out of spotting some Easter Egg artifacts that later somehow end up in Dok-Ondar’s collection among General Kardan’s Scrooge McDuck-like pile of valuables. Back in the present, Crimson Jack and his crew finally board the Halcyon, setting up the forthcoming final issue of Star Wars: Galactic Starcruiser – Halcyon Legacy, which is due out in August. And that issue is going to feature everyone’s favorite Trandoshan bounty hunter Bossk on its cover, so you know I’m excited! 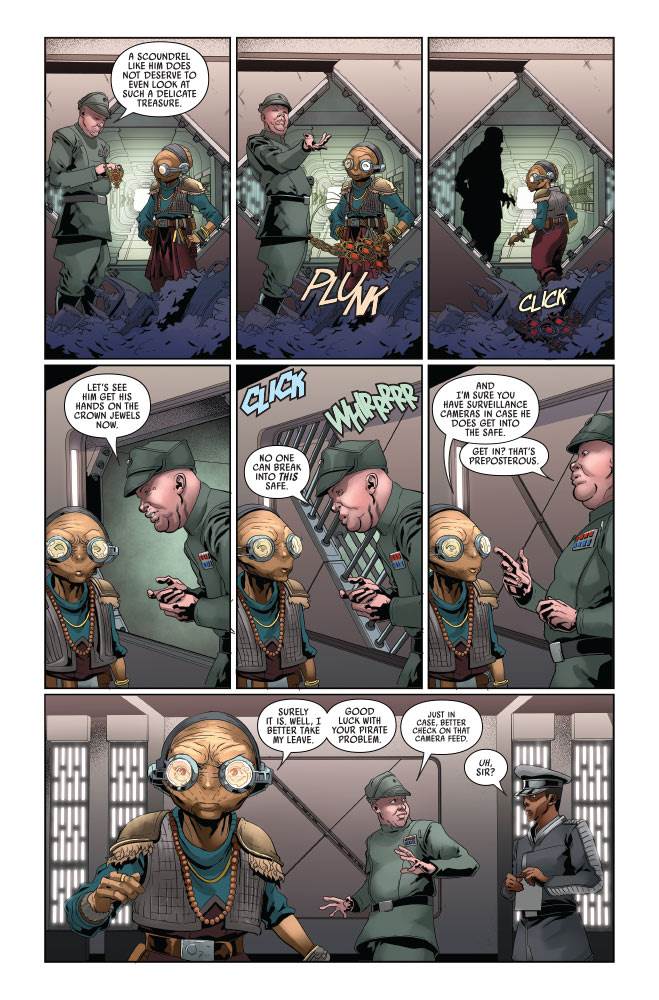