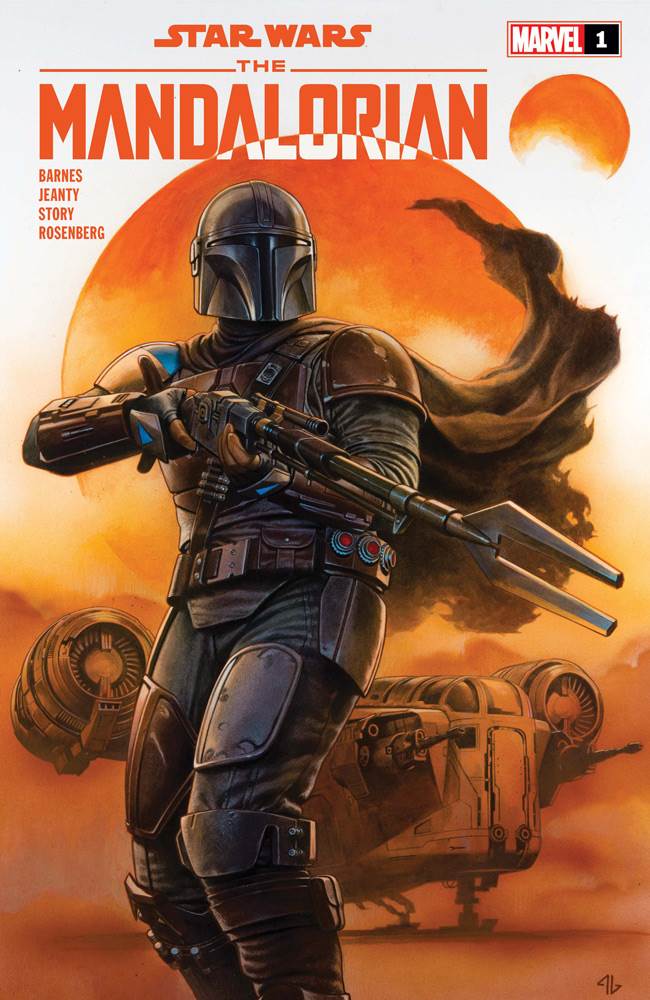 Adaptations can be difficult to review, especially if the source material is something as widely celebrated and acclaimed as the first season of the smash-hit live-action Disney+ Star Wars series The Mandalorian.

But Star Wars: The Mandalorian #1, out today from Marvel Comics, feels worth talking (and writing) about not just because of the success of the series on which it is based, but also because its creators have done a notably admirable job of recreating the spirit and tone of that series. The first issue of The Mandalorian is a pretty straightforward adaptation of the TV show’s first episode, almost beat-for-beat and line-for-line, so the first thing I would say is don’t go into this comic expecting a lot of extemporization on the part of writer Rodney Barnes (a television scribe best known for his work on the sitcom Everybody Hates Chris and Adult Swim’s animated take on the comic strip The Boondocks– though he’s also previously contributed to the ever-expanding world of Star Wars comics via Lando: Double or Nothing and the War of the Bounty Hunters: IG-88 one-shot). Instead, Barnes makes the smart decision of letting creator Jon Favreau’s teleplay do the heavy lifting– after all, if something isn’t broken, why fix it? The challenge the writer faces here is pacing and compression, and he partners with talented artist Georges Jeanty (Star Wars: The High Republic) to almost perfectly capture the rhythm and unmistakable Star Wars atmosphere of the show we’ve come to love so much. 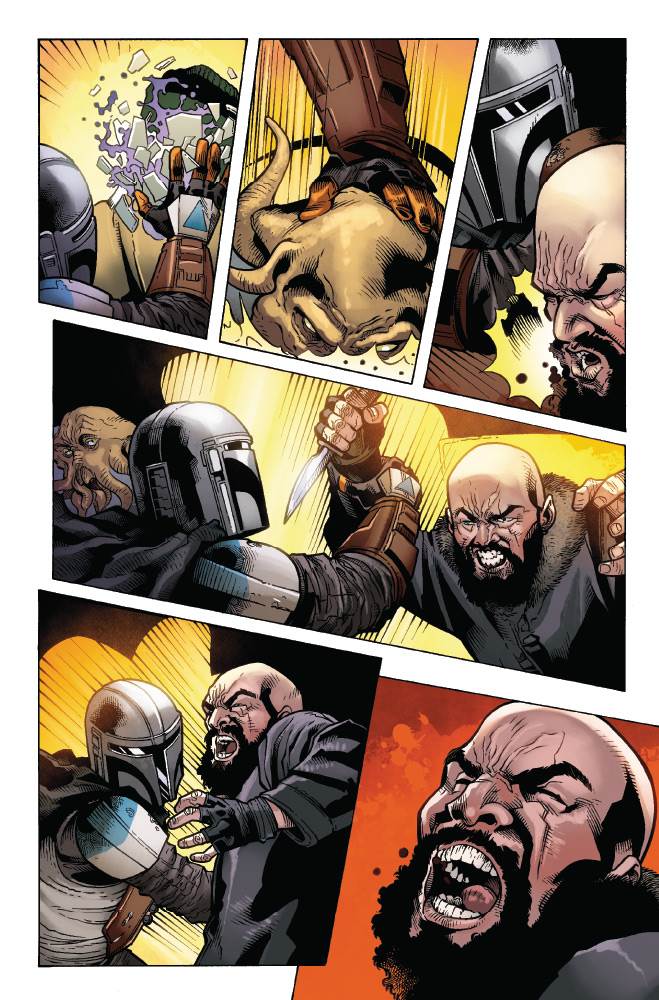 Here’s the thing: if you already know The Mandalorian’s 16 existing episodes backwards and forwards like I do, you aren’t going to find a lot that’s new, story-wise, in this comic. But what you do get is an alternate way to absorb that familiar narrative material– it’s the same already-beloved content in a different medium, delivered with a satisfyingly vigorous panache. Marvel did it in the late 1970s with the comic adaptations of the original Star Wars trilogy (though admittedly those were not immediately available for repeated streaming like The Mandalorian is), and now we’re getting it for what has quickly become this generation’s flagship Star Wars title– sorry, sequel trilogy. If my math is correct (and if Marvel continues publishing this title at the rate of one issue per month), “season one” of this comic-book adaptation should be wrapping up right around the time that the third season of The Mandalorian premieres on Disney+. So chalk this up as a high-quality refresher before the series continues in its original form on the small screen. It’s got attractive art and sharp writing (again, the latter being almost entirely from the show), so what’s not to like? Star Wars: The Mandalorian #1 is available now wherever comic books are sold.