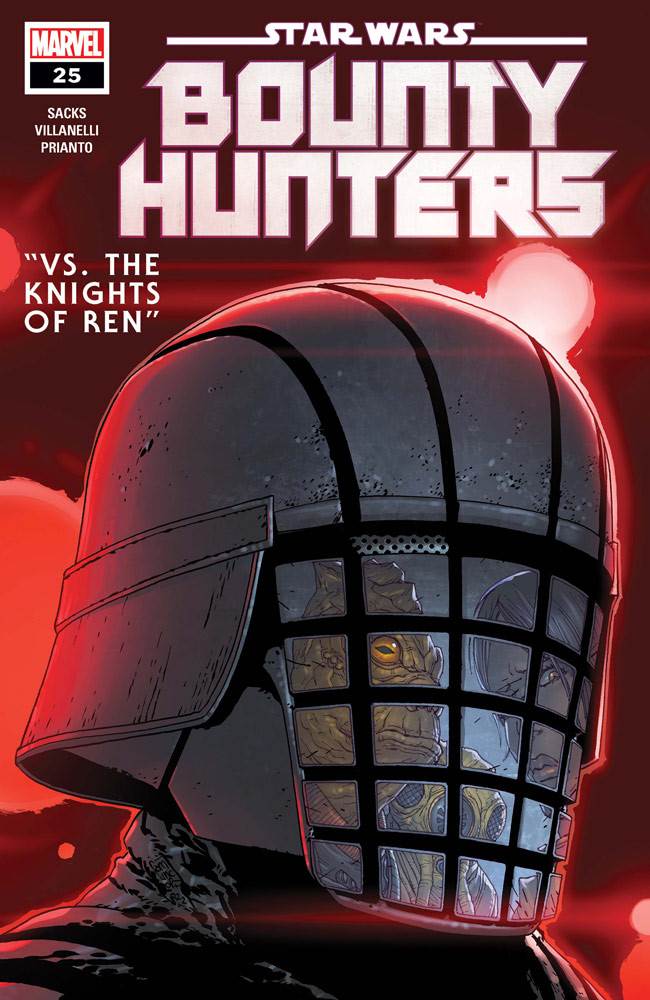 Coming off a defeat in the pages of Star Wars: Crimson Reign, the Knights of Ren are chomping at the bit to take on another group of enemies, and this time they don’t intend on leaving anybody alive at the end. Indeed, most of this issue of Bounty Hunters is taken up by a knock-down, drag-out fight between our antiheroes and this group of dark-side devotees. But writer Ethan Sacks does also take some time to check in on T’onga’s wife Losha, who is trapped in their ship the Edgehawk with the now-escaped Unbroken Clan leader General Vukorah, and Beilert Valance, who is recovering from recent injuries at an Imperial base on Carida. Vukorah and Losha have their own altercation (that ends with a pretty fantastic splash-page reveal), while Valance learns what it means to have finally become a hero in the Empire. But the real focus in this installment is on the action, of which there is quite a bit. 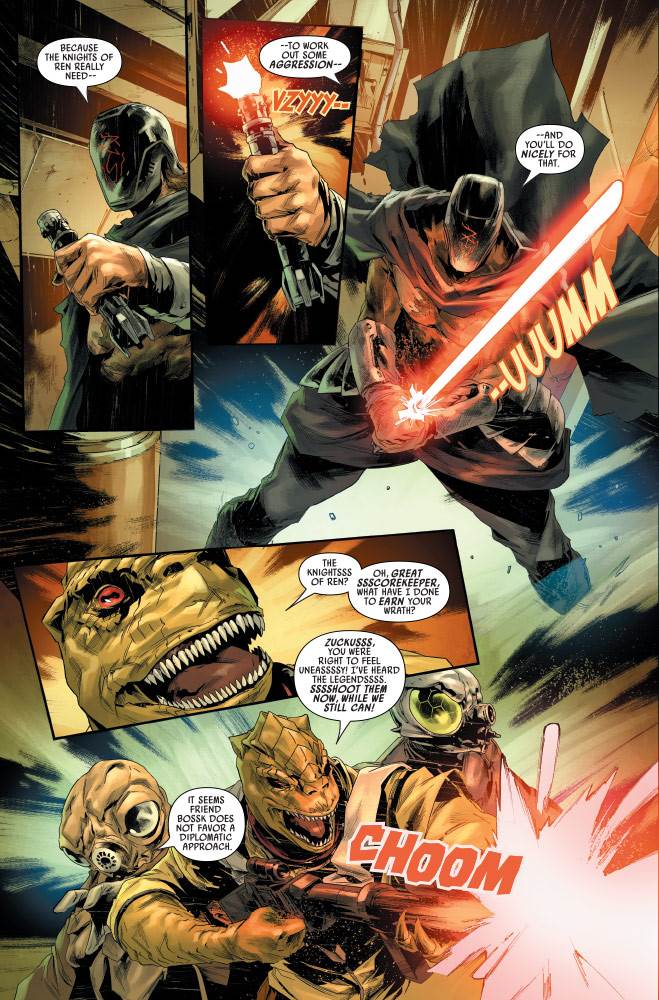 It’s a lot of fun to watch the titular bounty and their array of weaponry go up against the Knights of Ren, a relatively recent addition to the Star Wars menagerie. Tasu Leech has a particularly funny and entertaining approach to this protracted battle, while the others combine their efforts and continually demonstrate their loyalty to one another during the fight. But what interests me most here are the consequences of the brawl’s outcome, with most of the characters being forced to return to the Edgehawk to nurse their wounds while T’onga ventures further into the Vermillion in search of Cadeliah. And speaking of that star-crossed heir to two Corellian criminal organizations, the “to be concluded” caption at the end of this issue gives me a lot of hope that the Cadeliah saga that started way back in Bounty Hunters issue #1 (released March 2020) may at long last be coming to an end in August. If the cover of #26 is to be believed, it seems next month will see T’onga in a showdown with Qi’ra for the fate of the young girl in question. But will Valance– the cyborg who started this quest so long ago– get back to his group of companions in time to take part in the conclusion of this arc? I’m looking forward to finding out come next issue.