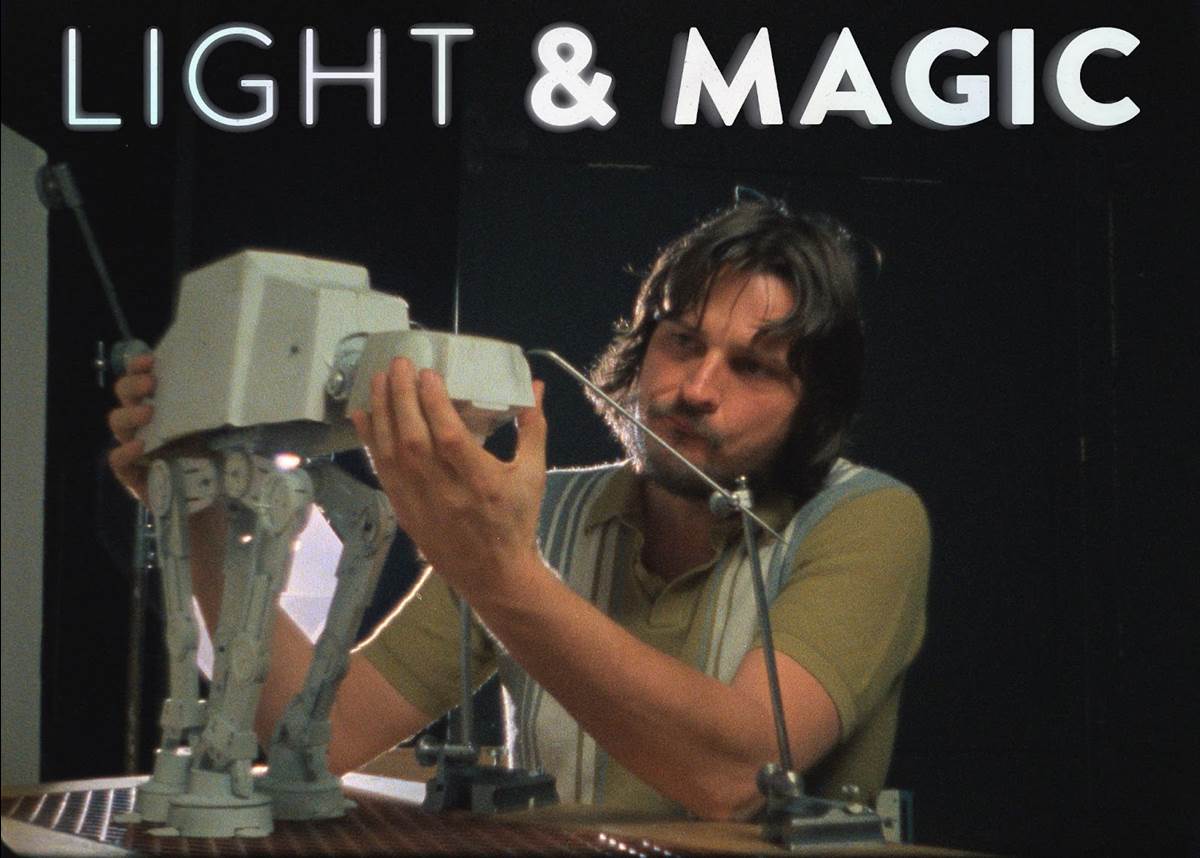 More than four and a half decades ago, George Lucas felt the necessity to create his own visual effects company to meet the demands of his third feature film, Star Wars. The result was nothing short of a radical change in the way movies were made– a revolution in effects technology that continues to this day.

And now, with the new six-part documentary series Light & Magic (premiering next week on Disney+), filmmaker Lawrence Kasdan (a screenwriter behind The Empire Strikes Back, Raiders of the Lost Ark, and Star Wars: The Force Awakens and director of Body Heat and The Big Chill) seeks to chronicle the nearly 50-year history of the Lucasfilm subdivision Industrial Light & Magic. Naturally, a big chunk of Light & Magic focuses on the early days of ILM, with Lucas scrambling to put together the original Star Wars movie and assembling a team that would advance VFX techniques back in Southern California while he was off shooting the film itself in England and Tunisia. For that reason the bulk of the series’ first episode is largely Lucas-free, allowing Kasdan to introduce the other key players– ILM members John Dykstra, Denis Muren, Richard Edlund, Phil Tippett, and Joe Johnston, among other luminaries in the visual effects industry. Then in episode two Lucas returns to the United States to find that this ragtag bunch has only completed a couple of the many effects shots needed for the movie, and the documentary steps back in time (somewhat unnecessarily, since this part of the tale has been well-documented elsewhere) to tell Lucas’s story and give a greater context to his input and filmmaking style when it came to guiding ILM on its path. But the best parts of Light & Magic are when Kasdan delves further into the less-often-heralded members of this talented, innovative crew of movie-making wizards. Speaking of stepping off the beaten path, I also really appreciated when this docuseries strayed away from the topic of the Star Wars franchise and onto less well-trod ground– for example, it was great to see how ILM crafted the imploding-house effect for the climax of Tobe Hooper’s 1982 horror-comedy Poltergeist. Anyone who grew up on Star Wars like I did has seen footage of Phil Tippett manipulating the stop-motion Tauntaun puppet before thanks to previous documentaries like From Star Wars to Jedi: the Making of a Saga, but how often have we witnessed a beat-by-beat breakdown of the groundbreaking “morfing” (apparently this is ILM’s preferred spelling of that word, as I learned) sequence from Willow? But above all I loved having the opportunity to spend more time with Tippett himself, not to mention Muren, Johnston, production staffer Rose Duignan, concept artist Doug Chiang, and the many other men and women who brought these amazing movies to life on the big screen.

Eventually, of course, Light & Magic leaves the early 80s behind and covers the digital revolution– both in the founding of Pixar as Lucasfilm’s computer animation department, and the use of CGI to create jaw-dropping effects in movies like Terminator 2: Judgment Day and Jurassic Park. Movie fans in the 90s will remember what a sudden and tremendous sea change this caused in the world of effects, and Kasdan does a good job of capturing the mood at ILM during that period– with some veterans losing hope for their future and others embracing the new technology. And then the final episode explores how director Jon Favreau and his creative team on The Mandalorian have combined both new and old techniques to deliver what Chiang describes as “the best of both worlds.” Again, this part will feel familiar to anyone who has watched the Disney Gallery series of behind-the-scenes featurettes, but I suppose it needed to be included to bring George Lucas’s virtual production vision full circle. Ultimately, Light & Magic (much like Leslie Iwerks’s excellent The Imagineering Story before it) is the story of a group of people who came together to achieve what many would have called impossible– combining the wholly convincing visuals of science-fiction films like Stanley Kubrick’s 2001: A Space Odyssey with the spirit of adventure from Flash Gordon serials and the breakneck pacing of World War II-era dogfight movies. It worked for Star Wars, and then ILM was able to use the impressive skills acquired during that experience to farm out their considerable talents to filmmakers outside of Lucasfilm. And in this endlessly fascinating documentary series, director Lawrence Kasdan has done a commendable job of curating that captivating history. But what I walked away with more than anything else is an understanding of why these individuals were so passionate about the visual effects field in the first place, and how that passion translated into a camaraderie and commitment to their work that undeniably enhanced the moviegoing experience for countless audiences over the past half-century. 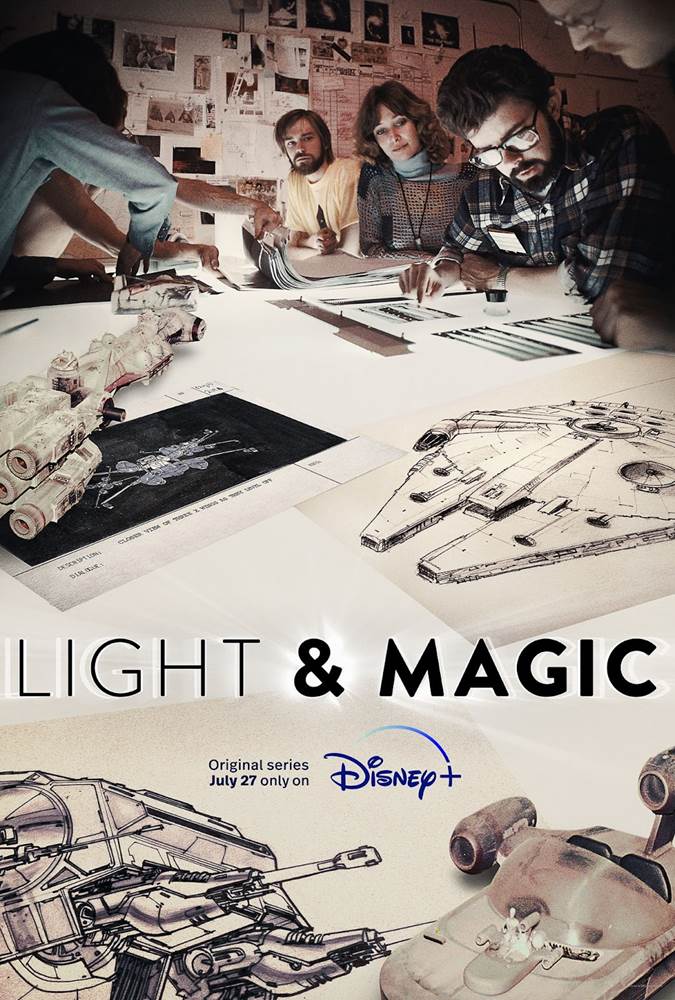 All eight episodes of Light & Magic will debut on Wednesday, July 27, exclusively via Disney+.