Disney+ has released a list of everything coming to the streaming service in August. Highlights include two Marvel shows – I Am Groot and She-Hulk: Attorney At Law, the Star Wars Rogue One spin-off Andor, plus a whole bunch of library additions, including sing-along versions of some classic musicals and Pixar’s Lightyear. Here’s everything we know is coming to Disney+ next month. 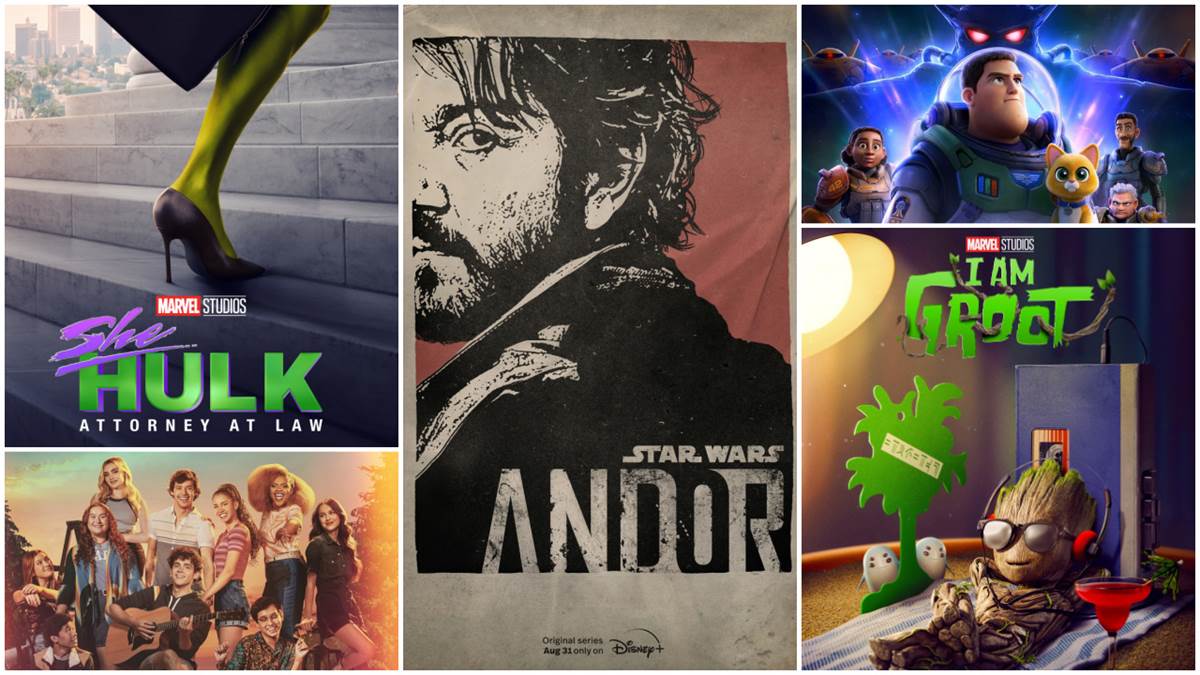 This installment of ASSEMBLED takes us on the journey of bringing a long-awaited global phenomenon to life. Go behind-the-scenes every step of the way with immersive footage from the making of the series, along with insightful interviews on set from the cast and crew of Ms. Marvel as we watch Iman Vellani and her character, Kamala Khan, become the fan-favorite superhero right before our eyes.

Finn has arranged a surprise vacation for his friends aboard the Galactic Starcruiser, The Halcyon! But Finn’s plan quickly goes awry when he’s separated from the group. Alone on board the Halcyon, Finn encounters three Force Spirits — Obi-Wan Kenobi, Anakin Skywalker and Princess Leia, who each share their own unexpected stories of vacations gone wrong.