Hugh Jackman wasn’t at San Diego Comic-Con to promote the upcoming Hulu animated series Koala Man, but he did send his regards from Broadway through a video message recorded in his dressing room at the Winter Garden Theater where he is currently playing Harrold Hill in The Music Man. While the man who brought Wolverine from the page to the screen wasn’t on hand, it was still an exciting panel for fans of adult animation, with some heavy hitters in their own crafts behind the adult animation superhero series. 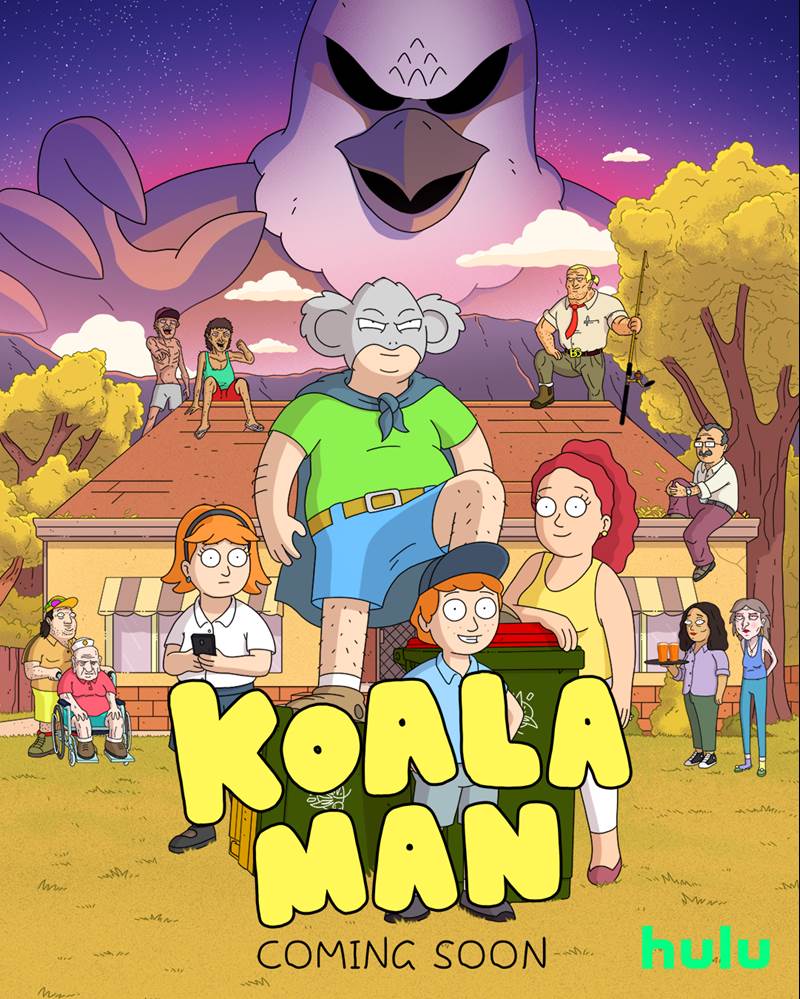 Co-created and executive produced by Justin Roiland (Solar Opposites, Rick and Morty), Koala Man can trace its roots to the April Fools Rick and Morty episode “Bushworld Adventures,” which was written and directed by Michael Cusack. Justin was familiar with Michael’s web series Yolo and Damo and Darren when he invited him to provide his take on Rick and Morty for the special event. That got the two talking about what else they could do together.

For Michael Cusack, who grew up in Dapto, Australia (and joined the panel in Koala Man cosplay), the idea came from his thoughts about what an Australian superhero would be like. He decided he would just be a middle-aged man in a small town with no superpowers. Not only would his hometown provide the setting for the series, but Michael also ended up lending his voice to the main character Kevin (aka Koala Man) and Kevin’s son Lima, in addition to Damo and Darren, who make the leap from their web series to this Hulu Original from 20th Television Animation. 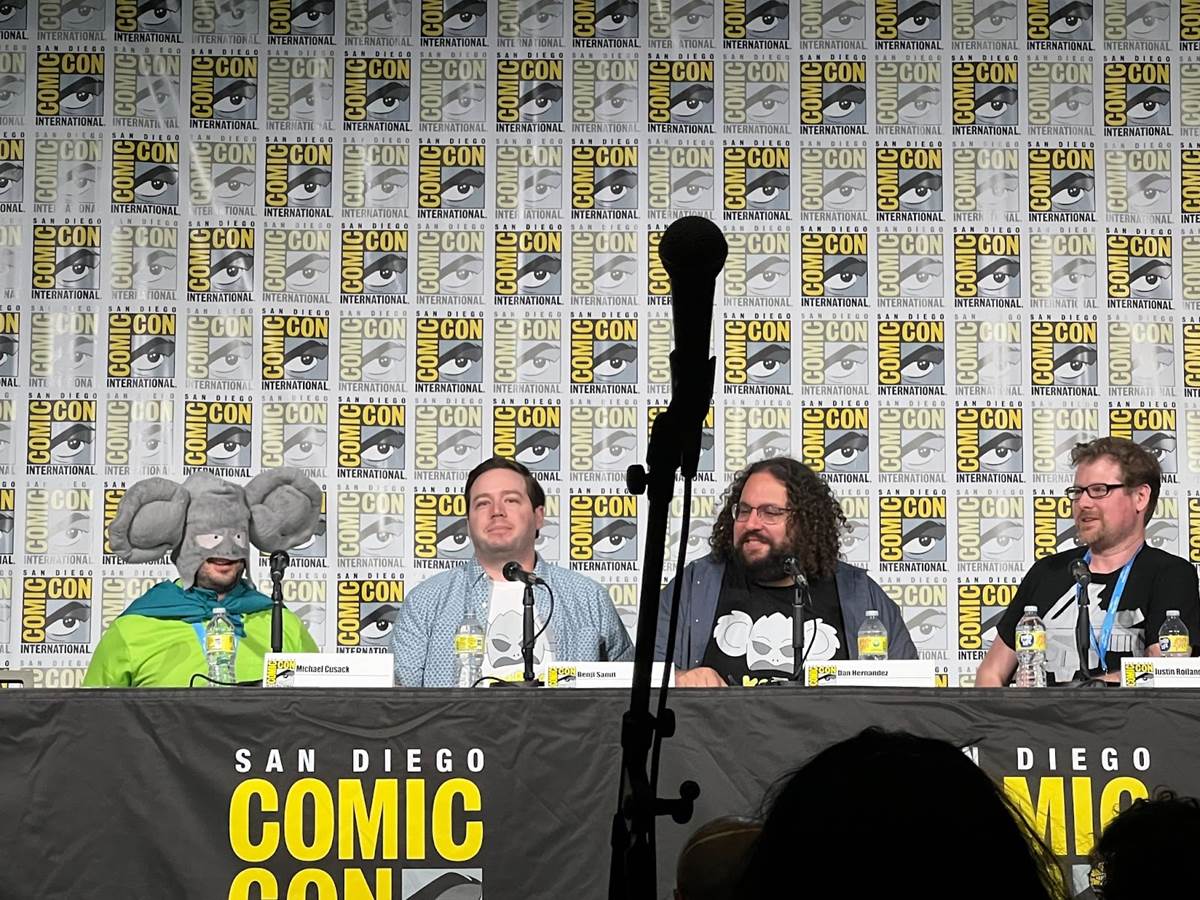 Writers Benji Samit and Dan Hernandez (Detective Pikachu) were both very inspired by the way The Simpsons distilled homogenous qualities of American cities into their version of Springfield when creating the Koala Man version of Dapto. They described it as an amalgamation of Australian towns put through Michael Cusack’s unique vision to create what viewers will find on screen. Benji and Dan were also focused on populating Dapto with lovable characters and giving it that perfect balance of humor and heart that worked so well for The Simpsons.

For a masked vigilante like Koala Man, there’s not much crime to speak of at first. In the small town of Dapto, there’s not much more than petty crime or V8 cars racing late at night and waking up residents. That’s the kind of peace Koala Man is trying to keep, but over the course of the 8-episode first season order, Kevin will find himself facing off against bigger and bigger foes. During a Q&A, Michael was asked if Koala Man will be given some big villains to face off against and he hinted that there will be one on the poster, which was unveiled after the panel.

In addition to the recent casting news of Hugh Jackman, who will voice Kevin’s boss Big Greg, the panelists also announced two other voice actors. Sarah Snook plays Kevin’s wife Vicky and Demi Lardner plays Alison, their daughter. But if you’re looking for any more information, we’ll have to wait until we get closer to the show’s streaming debut on Hulu in 2023.