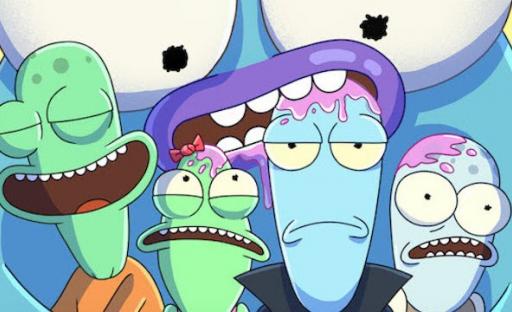 Solar Opposites centers around a team of four aliens who have escaped their exploding home world, only to crash land into a move-in ready home in suburban America. They are evenly split on whether Earth is awful or awesome. Korvo and Yumyulack only see the pollution, crass consumerism, and human frailty, while Terry and Jesse love humans and all their TV, junk food, and fun stuff. In season three, this alien team strives to be less of a team and more of a family team.

Mike Celestino
Jul 11, 2022 5:58P
TV Review – “Solar Opposites” is Back for Its Third Season on Hulu with Lost Limbs and a Trip to Hululand

Alex Reif
Mar 19, 2021 9:56A
SXSW Event Recap: Hulu’s “Solar Opposites” Creators and Cast Give Fans a Sneak Peek at Season 2 with a Table Read and Silent (And Alone) Disco

Laughing Place Disney Newsdesk
May 12, 2020 4:56P
“Solar Opposites” Ranks As The #1 SVOD Title On Hulu Since Premiering Friday, May 8th