As he reminisces about in an introductory letter to the 25th issue of the second current-canon volume of Marvel’s flagship Star Wars comic book, writer Charles Soule began contributing to the George Lucas-created universe back in 2015 with the acclaimed Star Wars: Lando miniseries.

Since then he has penned titles like Star Wars: Obi-Wan and Anakin, Star Wars: Poe Dameron, Star Wars: Darth Vader – Dark Lord of the Sith, Star Wars: The Rise of Kylo Ren, and Star Wars: War of the Bounty Hunters. In fact, Star Wars #25 marks his 100th script written for comics set in A Galaxy Far, Far Away, and Soule uses this occasion to revisit some characters from his past. 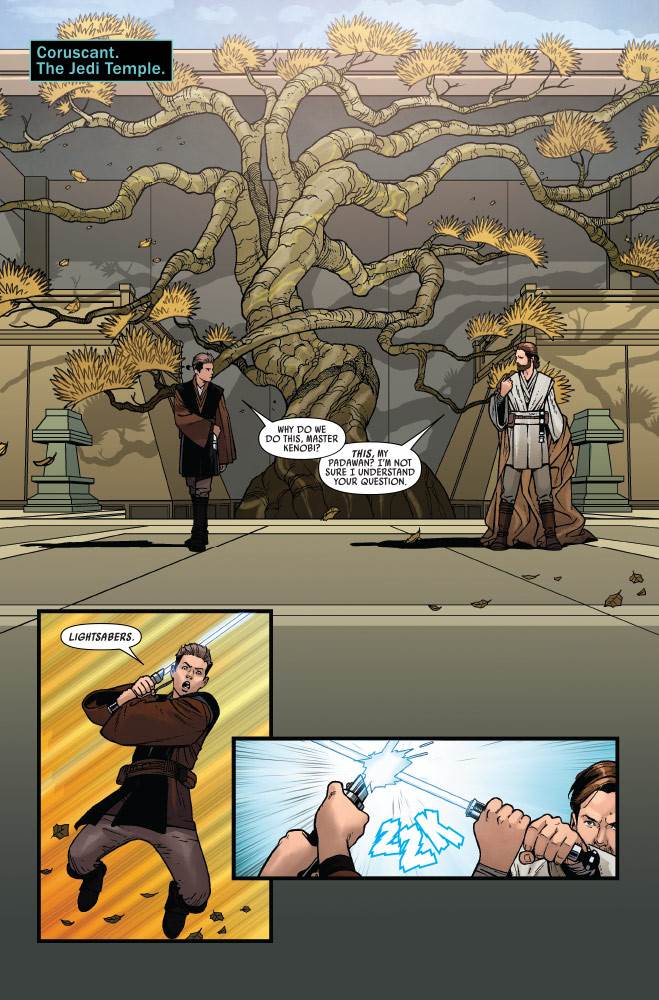 This standard-sized issue (as opposed to the super-sized spectacular I was half-expecting) is broken up into four very short stories, reuniting Soule with the artists who helped him bring these characters to life on the page the first time around. The first two complement each other, and serve as dual meditations on what the weapon known as the lightsaber means on a fundamental level to both the Jedi and the Sith, via the characters of Obi-Wan Kenobi, Anakin Skywalker / Darth Vader, and Emperor Palpatine. The third tale zooms in on Kylo Ren as he follows up on his old master Luke Skywalker’s promise to “See You Around, Kid” (hence the title of the story). And the last entry checks in on Poe Dameron’s Black Squadron as they reel from the death of fellow pilot Temmin “Snap” Wexley in the aftermath of the Battle of Exegol, as seen in Star Wars: The Rise of Skywalker. Each of these stories is compelling in their own way, but taken together they paint a picture of the breadth of the Star Wars universe and the sizable contributions that Charles Soule has made to it in the publishing world. 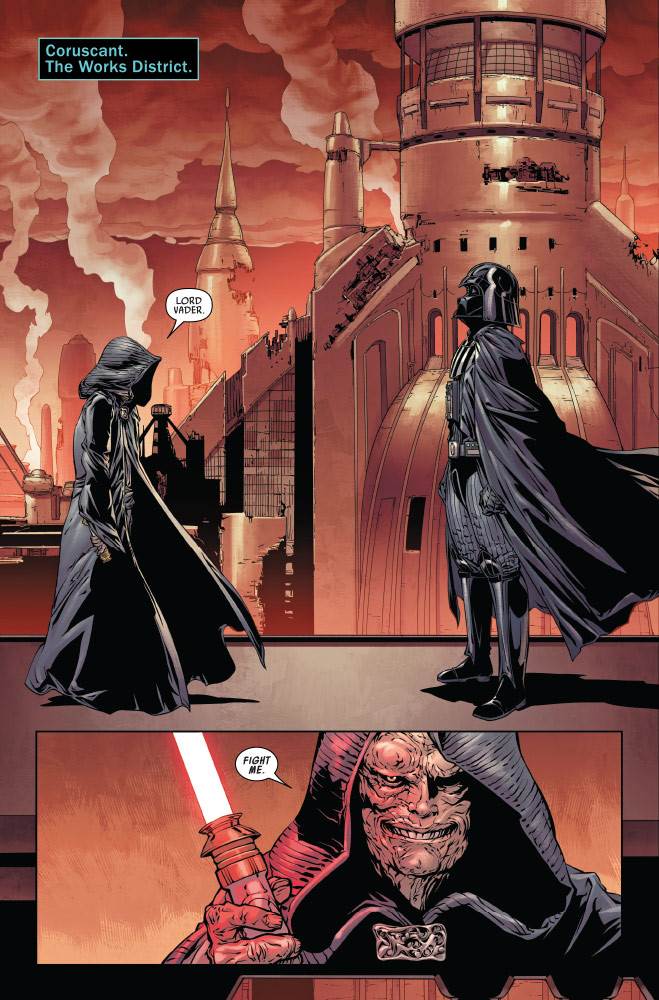 I love Obi-Wan’s ruminations on the functional simplicity of the lightsaber during his sparring session with Anakin (I can’t help but wonder if this conversation might have been inspired by an internal conversation about why the Jedi don’t develop more complex weaponry), and the more action-oriented approach to Palpatine training Vader in dark-side Force combat suits those characters perfectly. But I absolutely adore the idea that Kylo Ren is haunted by Luke, even if the Jedi Master never actually shows his face, Force ghost or otherwise. And the requiem for Snap Wexley puts an appropriate button on this chapter of Soule’s career, though his prolific work for Lucasfilm and Marvel shows no signs of slowing down. In both that letter from the writer on the first page and in Poe’s tribute to his friend Snap, we get a heartfelt toast to “the stories we told, and the stories yet to come.” And as someone who has come to greatly admire Charles Soule’s writing via these 100 stories– and was beyond thrilled to hear that he was recently appointed as a Creative Consultant at Lucasfilm– I certainly look forward to reading more. 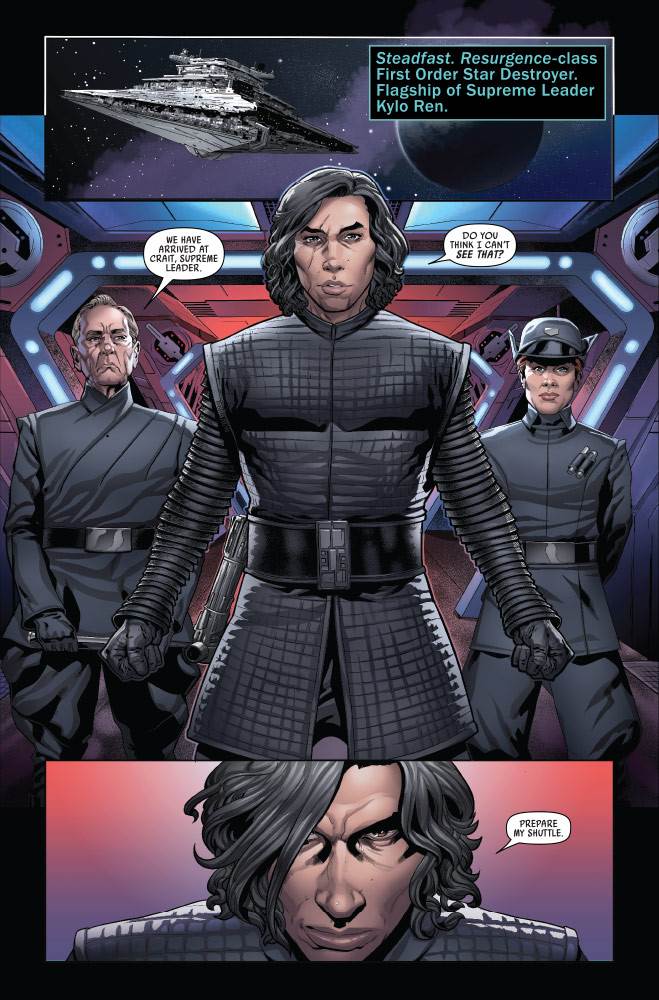 Star Wars #25 is available now wherever comic books are sold.