After three seasons of Gordon Ramsay: Uncharted, the world-famous chef returns home for the three-episode spin-off Gordon Ramsay: Uncharted Showdown. Instead of traversing the globe and learning about different food customs and cultures, Ramsay explores areas in the United Kingdom that he never fully explored. It retains all of the elements fans of Uncharted loved while also feeling a little more personal to Gordon Ramsay’s career trajectory. 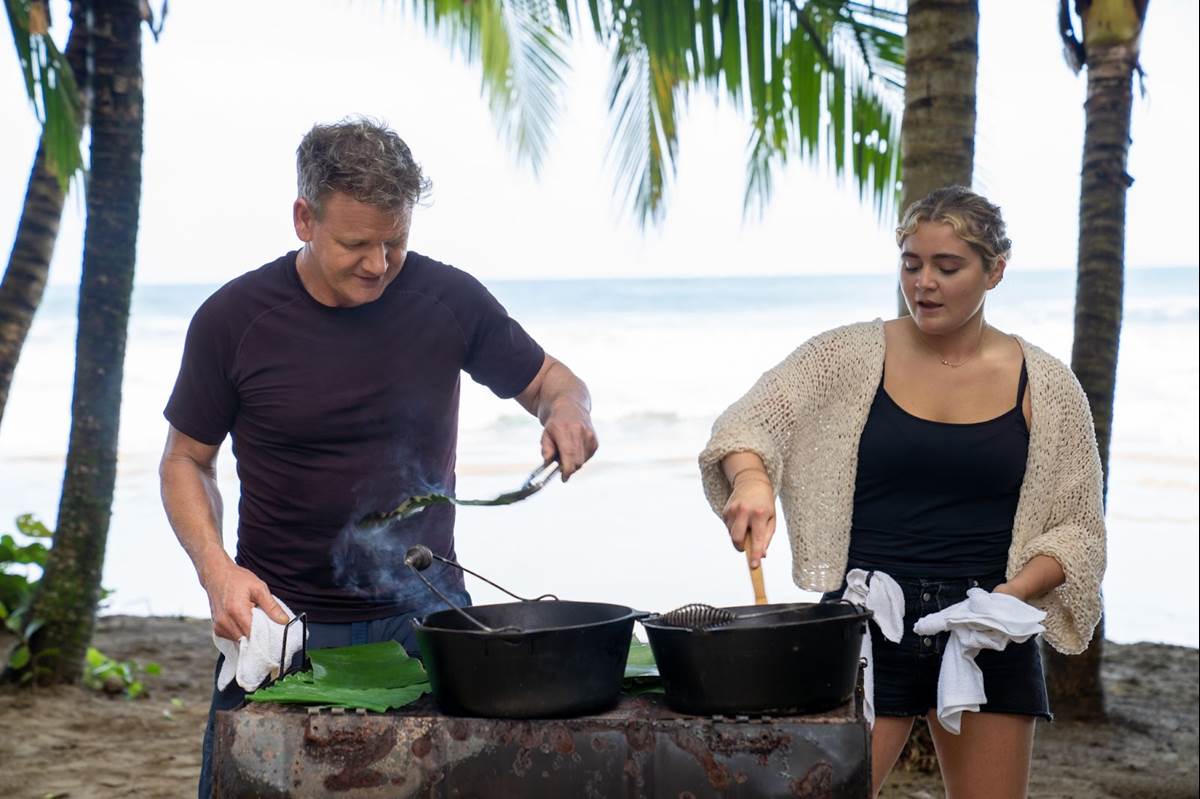 In the series premiere, titled “England's Jurassic Coast,” Gordon Ramsay visits the World Heritage Site to face off against his former protégé, Paul Ainsworth. The challenge, as in previous seasons of Uncharted, is to learn about local ingredients and tastes to cook a meal for the locals, who will declare a winner. For a chef whose name is revered all over the world and who has been pretty much everywhere, applying the Uncharted approach to his home country proves to be enlightening not only for Gordon Ramsay but also for National Geographic viewers.

This stretch of rocky cliff coastline offers crystal clear waters ideal for oyster farming. Multiple varieties of seaweed can be found there, including pepper dulls, better known as the truffle of the sea. After diving for fresh greens in the swells, Gordon goes hunting for Dorset lobster in a kayak so that he can get close enough to the cliffs to find the best ones. Meeting with local farmers, he learns how to make Lardy Cake from the baker who prepares them for Queen Elizabeth II, helps make local buffalo mozzarella, and meets with a unique gin maker who has perfected a clotted cream gin.  Making the most of the south coast’s grandeur, the final cook-off is held at Powderham Castle, home to the 19th Earl of Dannon.

Gordon Ramsay: Uncharted premiered on Monday, July 25th, on Nat Geo, with the remaining two episodes following on August 1st and 8th at 8/7c. The second episode sends Gordon to Wales to face off against former employee Matt Waldron, while the third installment will be a family affair. Titled “Ramsay vs. Ramsay,” Gordon sends his daughter Tilly to Costa Rica and she carries the torch, learning about the region and ultimately facing off against her father in the season finale showdown.

New episodes of Gordon Ramsay: Uncharted Showdown air Mondays at 8/7c on Nat Geo. The series will eventually be available to stream on Disney+.