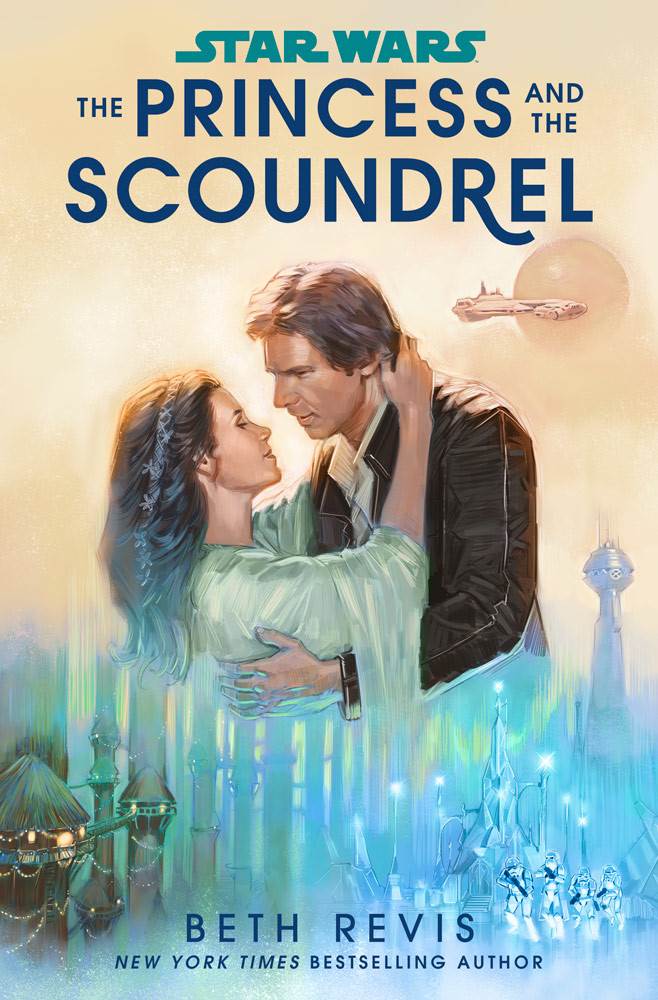 There were some rumblings in the online Star Wars fan community about the upcoming novel Star Wars: The Princess and the Scoundrel when it was revealed that, in the current canon, Han Solo and Princess Leia Organa would honeymoon aboard the Halcyon starcruiser from the somewhat controversial (but in my opinion excellent, nonetheless) Star Wars: Galactic Starcruiser experience at Walt Disney World.

I understand the cries of crass corporate synergy when it comes to this kind of stuff, but what would Star Wars be without its interconnectivity? I liked seeing Han and Chewbacca visit the Outer-Rim planet of Batuu in the Star Wars: Galaxy’s Edge comic book series, and you know what? I also don’t have a tremendous problem with the idea of Leia and Han boarding the Halcyon, even if it’s a fairly transparent way to draw more attention to Walt Disney Imagineering’s new immersive adventure. But after having read an advance review copy of The Princess and the Scoundrel, I will say that the Galactic Starcruiser connection isn’t even the most noteworthy thing about it. 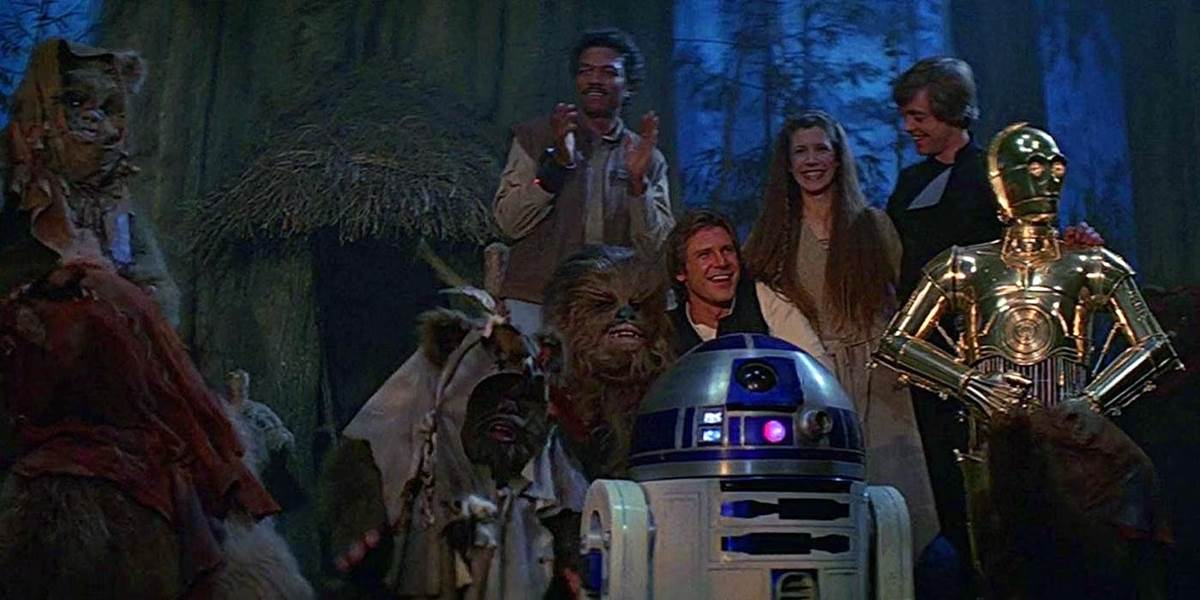 In fact, Han and Leia don’t even arrive at the Halcyon until about 100 pages into the novel. Instead, the first act is spent on the forest moon of Endor, in the immediate celebratory aftermath of the second Death Star’s explosion. Author Beth Revis (Star Wars: Rebel Rising) checks in with a number of the main characters, but from the beginning the obvious focus is on Leia and Han– with alternating chapters throughout the book providing each of their individual perspectives. Revis gets inside their heads a bit, satisfactorily explaining the reasoning behind a hasty proposal on Han’s part and subsequent wedding in the Ewok village. This part of the novel actually ended up being my favorite, mostly because it all felt so natural. Luke and Lando serve as suitable supporting players here, backing up their friends (and in Luke’s case, twin sister) as they take this step in their lives, but most of the fun comes from the Ewoks’ involvement in the impromptu bachelor party and considerably more touching ceremony.

Then Han and Leia are whisked away– at Mon Mothma’s insistence– to the planet Chandrila, where they board the Halcyon via launch pod like guests do at Walt Disney World. The middle section of the book is spent exploring the ship and introducing other characters like Riyola Keevan (who hasn’t quite been promoted to captain quite yet at this point in the timeline) and a slippery engineer named Kelad who at first earns Han’s ire during an illicit game of Sabacc, but later proves himself useful. Basically any space that Galactic Starcruiser passengers can see in real life is represented in the novel: the atrium, the bridge, the Sublight Lounge, the climate simulator– Leia and/or Han visit and comment on them all, but the author does a good job of making this tour around the Halcyon feel organic instead of forced like it easily could have. Then Han and Leia quickly begin to fall into their old habits– much like we see them do in the period after their breakup in Star Wars: The Force Awakens– with Han finding trouble and Leia slipping into ambassador mode for the fledgling New Republic. 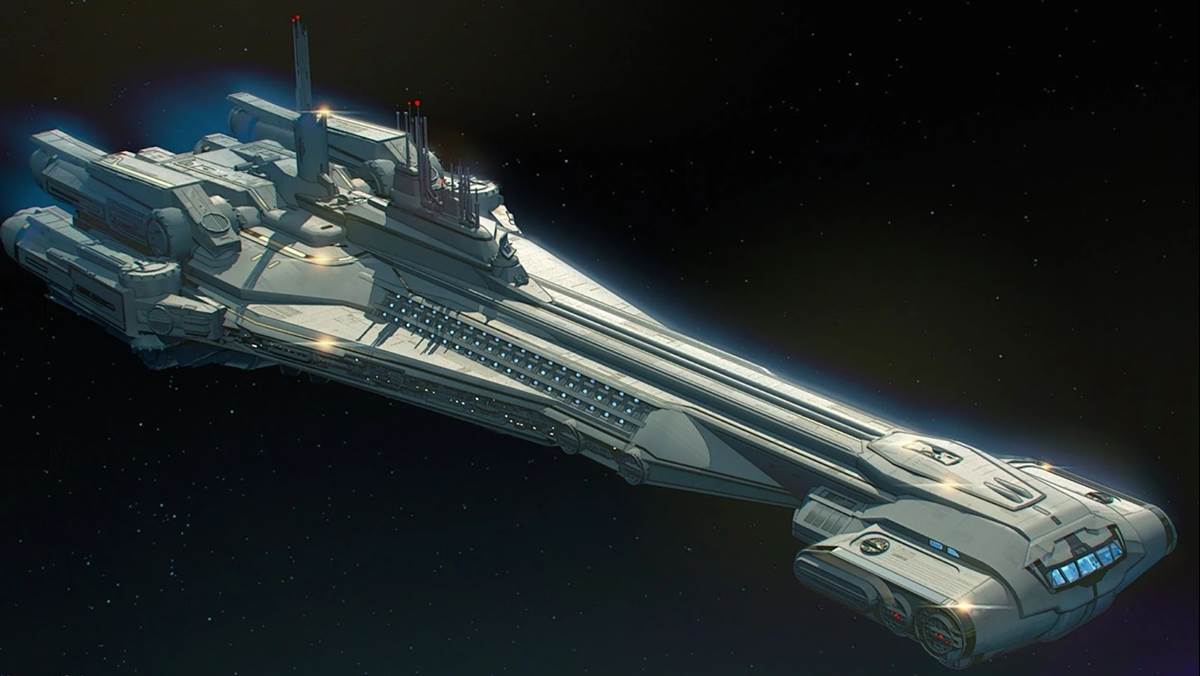 It’s around that point that I started to realize what The Princess and the Scoundrel is really about: how the galaxy at large adjusts in those early days in the wake of Emperor Palpatine’s death, how the New Republic begins to take shape during the fall of the Empire, and how Leia and Han really complement each other as a couple– both of them filling in the gaps for the other’s strengths and weaknesses in their diplomatic and streetwise spheres. We see Leia navigate her way through high society in an effort to politically wrangle the prime minister of an ice moon called Madurs (rich in an energy source known as carnium) into joining her proposed government, and we watch Han smooth-talk his way into piloting the Halcyon– a feat he can’t help but attempt before this particular misadventure is over. And once the ship arrives at an unscheduled excursion for the final 150 pages or so, the unlikely pair is forced to put their combined skills to the test in the face of extreme danger.

There’s a novel in the old Expanded Universe canon (now called “Legends”) entitled Star Wars: The Courtship of Princess Leia by Dave Wolverton, which covers a lot of the same ground as this book when it comes to major events in these characters’ lives. I think fans of the EU tend to be a little bit hesitant when some of that long-beloved content gets overwritten by Disney-era Star Wars storytelling, but I’ve always been of the mind that the two timelines can peacefully coexist. I can go back and revisit Wolverton’s work and appreciate it for what it is, and I can also say that I had a really good time with The Princess and the Scoundrel. Beth Revis impressed me with her world-building, attention to detail, and ability to weave in references and callbacks to events in scattered other Star Wars books and comics (working in tandem with the Lucasfilm Story Group, I assume). Plus, she’s got a rare talent for capturing the voices and attitudes of these characters we already know and love so well. If you’ve ever found yourself questioning how Han Solo and Princess Leia made it work at the beginning of their relationship after the events of Return of the Jedi, I assure you the new novel Star Wars: The Princess and the Scoundrel contains the answer. 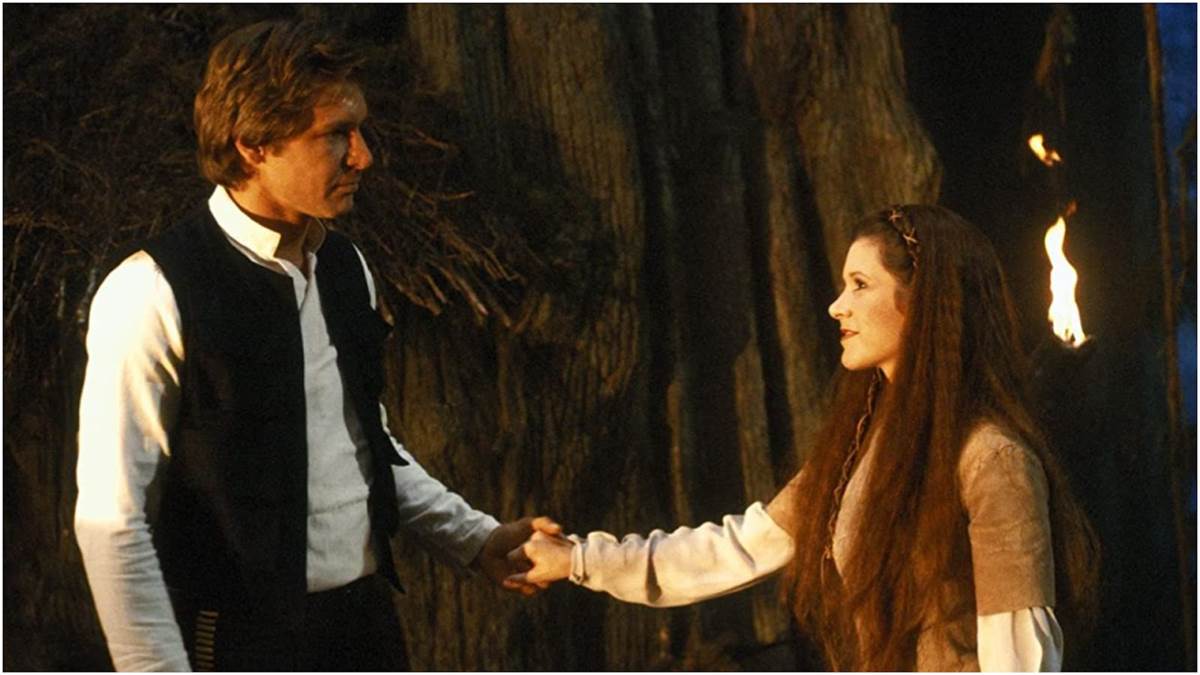 Star Wars: The Princess and the Scoundrel will become available on Tuesday, August 16 wherever books are sold, but is available now for pre-order.