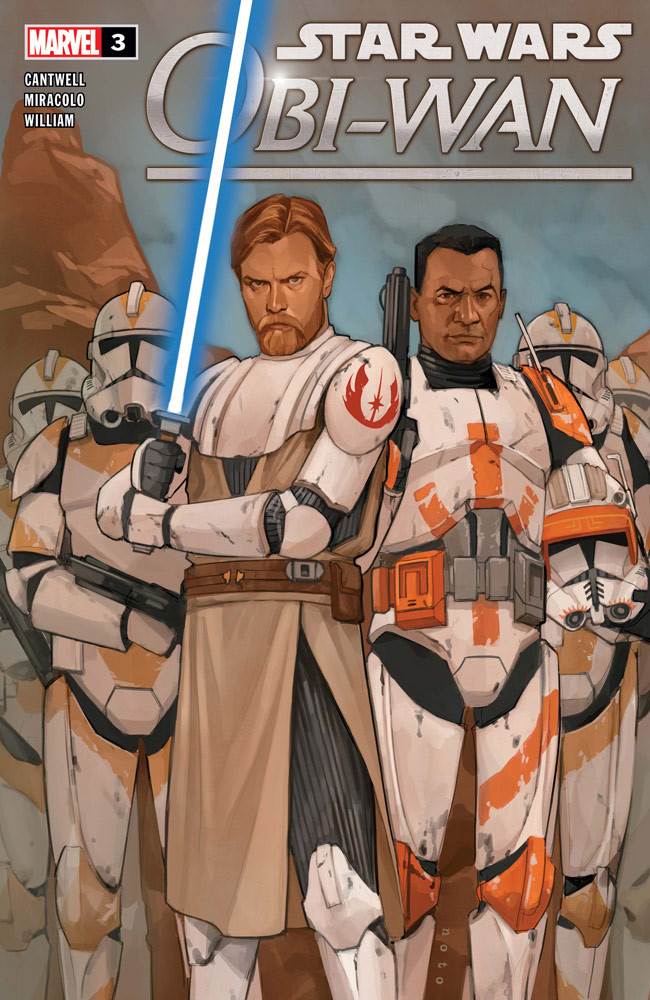 When Princess Leia addressed Obi-Wan Kenobi as “General Kenobi” via her hologram message in the original Star Wars film, it opened up the necessity to reconcile the ostensibly peaceful, monk-like nature of the Jedi Order with the fact that Obi-Wan and so many of his kind served as leaders in the Clone Wars.

That perceived contradiction has reverberated throughout 45 years of Star Wars history, being addressed in the prequel trilogy, the Star Wars: The Clone Wars animated series, and now in the Star Wars: Obi-Wan comic-book miniseries, the third issue of which was released today by Marvel Comics. Obi-Wan #3 opens with Old Ben Kenobi still hunkered down in his modest hut on Tatooine, waiting for the raging sandstorm to pass through the Jundland Wastes. He thinks about the Lars family and how Owen is capable of protecting his wife Beru and their Force-sensitive ward Luke during the storm, and then his thoughts turn to war– both the imminent civil war about to break out between the Galactic Empire and the Rebel Alliance at this point in the timeline, and also the Clone Wars that he served in a couple decades earlier. As we flashback to imagery from that multi-year conflict between Republic and Separatist forces, Ben ruminates on what a Jedi’s role actually is in times of war. A particularly heart-wrenching memory comes in the form of Ben’s thoughts about Clone Commander Cody, who he compares to Anakin Skywalker, as they were both dear friends who eventually ended up trying to kill him. Then Obi-Wan zeroes in on a briefing ahead of a particularly bloody confrontation known as the Battle of Abrion Bridge. 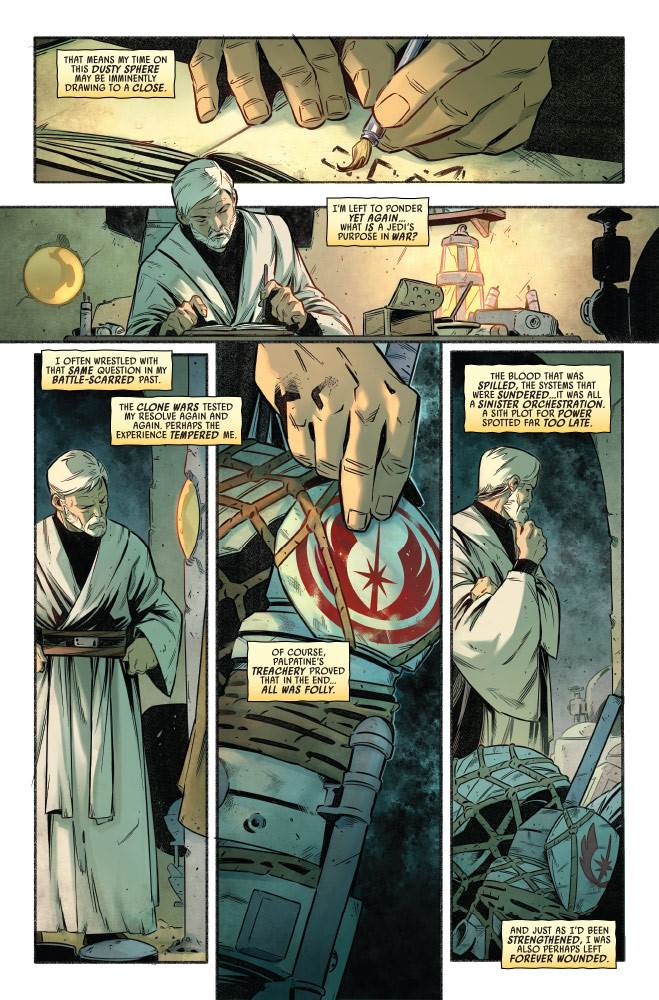 Through the remainder of the flashback, we watch the battle play out from Obi-Wan’s perspective as Old Ben’s narration relates the lessons he learned from the hard-won assault on a Separatist weapons factory on Abrion Major. Obi-Wan befriends and protects new soldiers as the 212th battalion of clone troopers (allied with military defense forces from the planet Roon) attempts to secure the plans for a deadly new ion cannon conceived by Count Dooku and General Grievous. The result is one of the most sobering examinations of the realities of war I’ve ever seen or read in the fictional Star Wars universe. As the casualties pile up on the campaign’s Republic side, Obi-Wan begins to question– and then finally accepts– his part in these slaughterous hostilities. It’s an unusually introspective installment in the Star Wars comics canon, and major credit goes to writer Christopher Cantwell for allowing himself to take a more critical, less glorified look at the effects prolonged combat can have on its participants. Artist Allesandro Miracolo does an excellent job in conveying the appropriate tone for such a somber account, with the indispensable assistance of colorist Frank William. Back in the “present” on Tatooine, Old Ben applies the aphorism that “light can still prevail” to his current outlook on the desert sandstorm and the larger future of the galaxy, and the reader is left to wonder what memories Obi-Wan will revisit next time around. 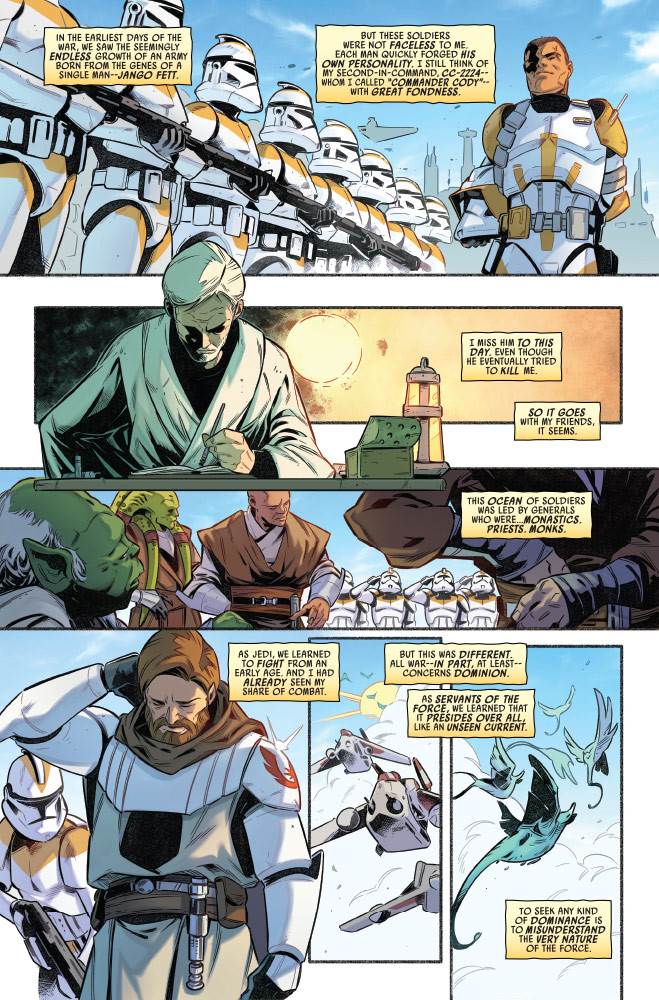