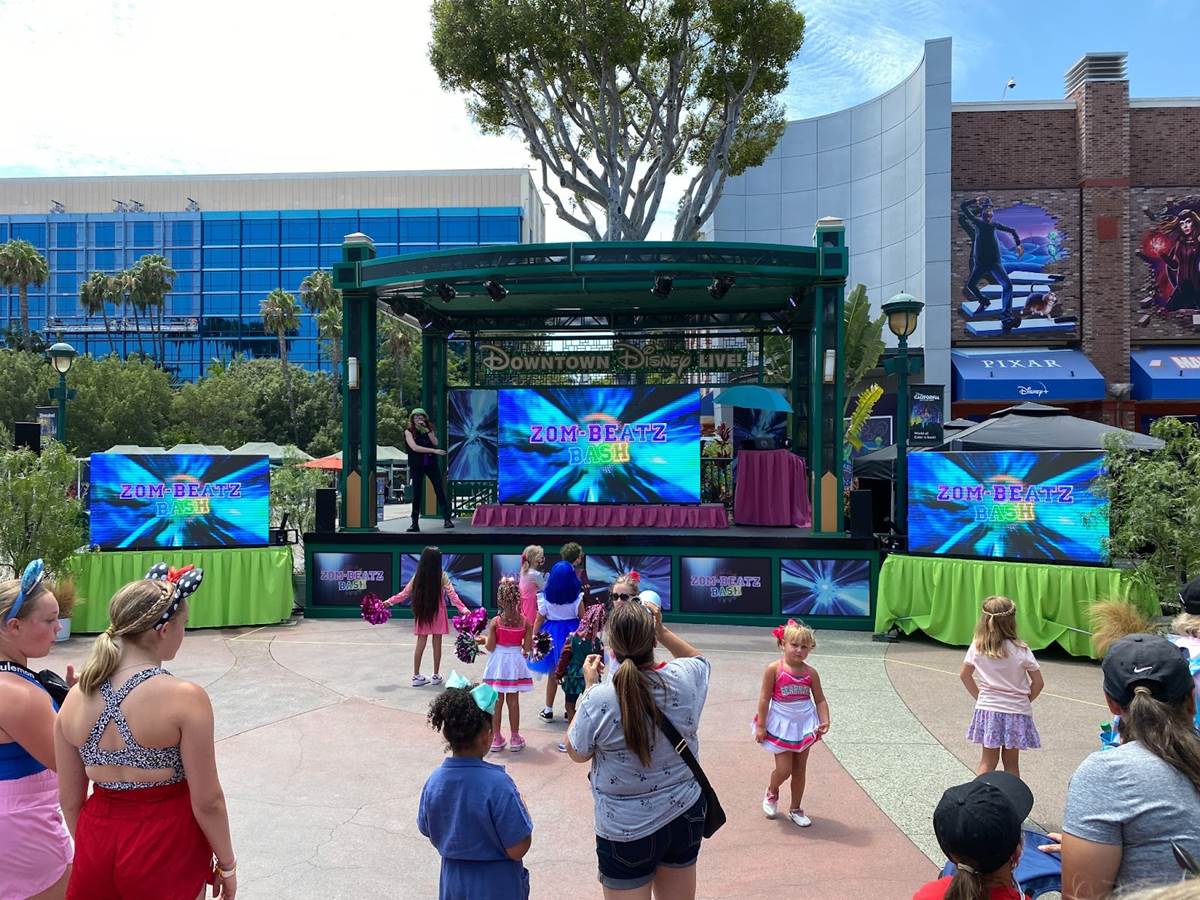 According to Disney’s official description, the Zom-Beatz Bash is a 20-minute “dance filled event featuring music from some favorite Disney Channel films: Zombies and Zombies 2.” Kids and parents are encouraged to dance and sing along as a cast of cheerleaders, human students, zombies, aliens, werewolves, and a marching band lead the performance alongside video clips.

A live DJ warms up the crowd at the Downtown Disney Stage prior to the beginning of Zom-Beatz Bash, which runs at 2:00, 3:00, and 4:00 PM from today through Sunday, July 29-31 at Disneyland Resort in Anaheim, California. The show will then move to Disney Springs at Walt Disney World in Orlando, Florida from August 5-14. Also on hand at Downtown Disney is an interactive Zombies 3 photo op, and attendees are encouraged to come in costume to show their Zombies spirit!

Official Disney+ synopsis of Zombies 3: “It’s Zed and Addison’s final year at Seabrook and Seabrook has become a haven for monsters and humans. Zed is trying to get a football scholarship to be the first Zombie to attend college, and Addison is organizing an International Cheer-Off. When intergalactic outsiders show up to compete in the Cheer-Off, Seabrook grows suspicious that they may be looking for more than a friendly competition.” The movie stars Meg Donnelly as Addison Wells and Milo Manheim as Zed Nedcropolis. 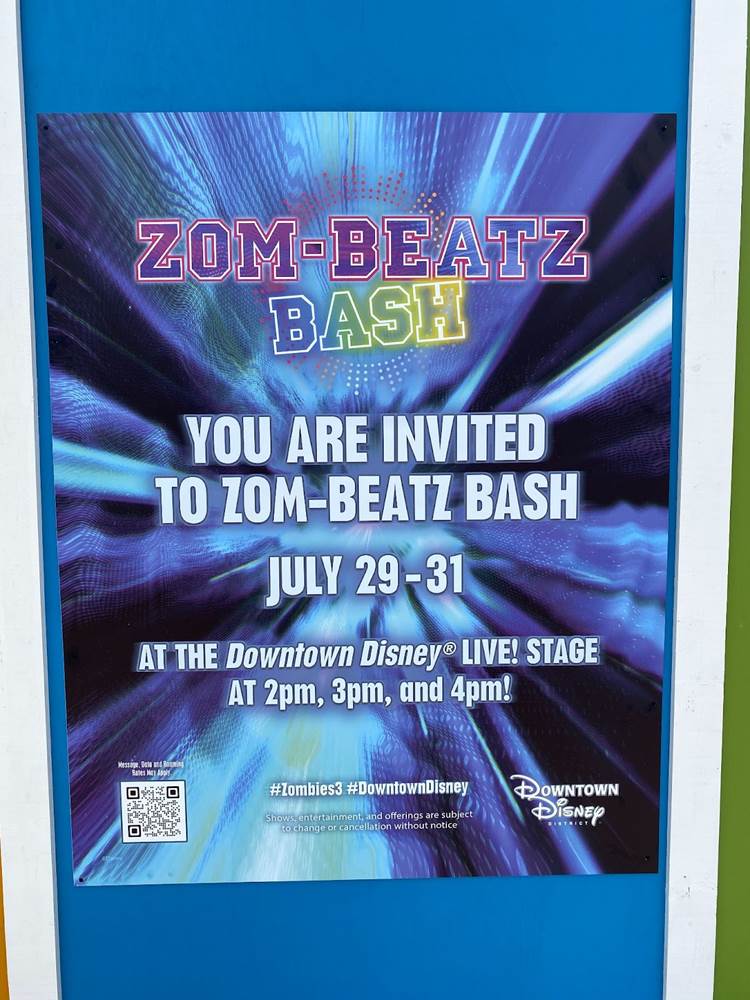 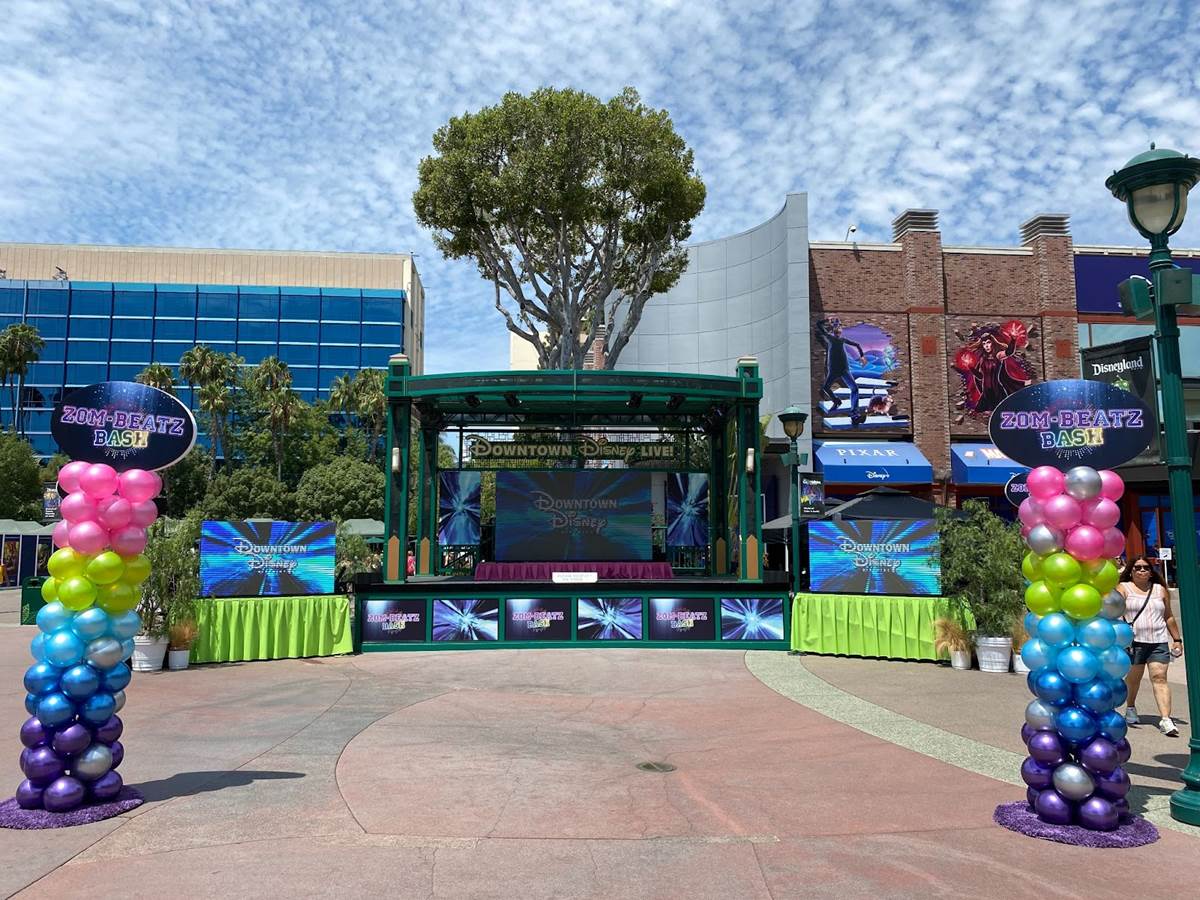 Zombies 3 is now streaming on Disney+, and will also premiere on the Disney Channel on Friday, August 12.