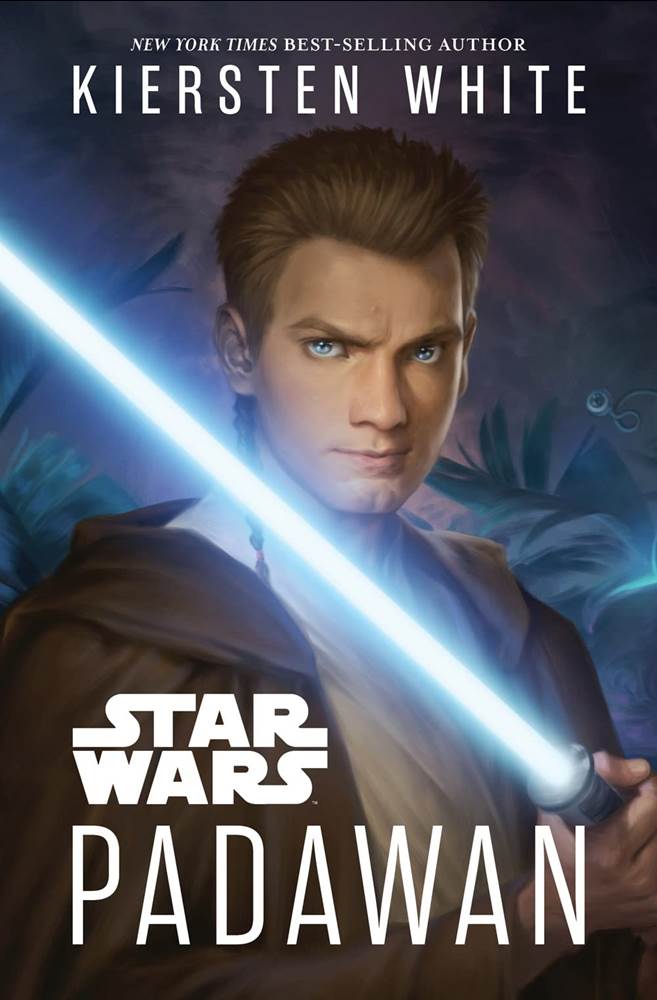 And now, just a couple weeks ago, Disney and Lucasfilm Press have released the new young-adult novel Star Wars: Padawan, which focuses on a teenage Obi-Wan Kenobi as he sets off on his first solo adventure after becoming apprentice to Jedi Master Qui-Gon Jinn. 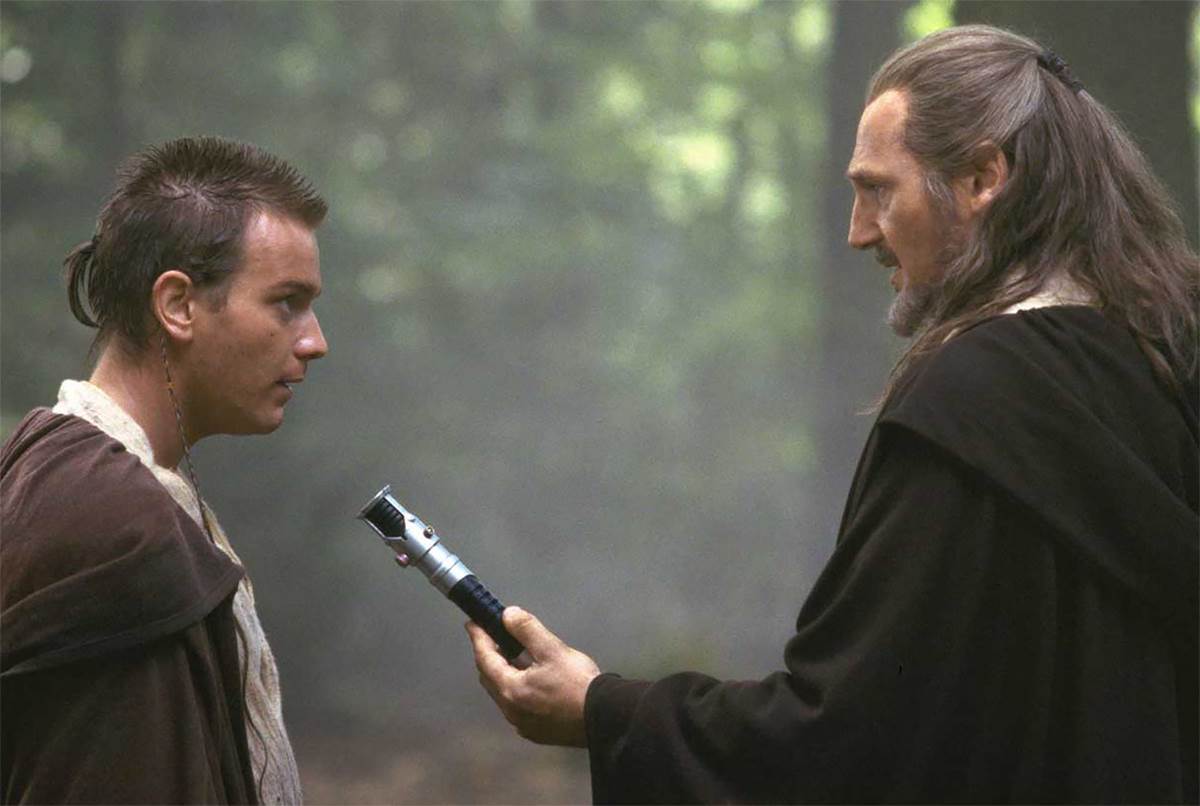 Padawan starts with Obi-Wan as an uncharacteristically anxious sixteen-year-old, navigating his way through the Jedi Temple on Coruscant while dealing with semi-friendly competition from the other apprentices around his own age, a master who is difficult to read at best and utterly inscrutable at worst, and the nagging worry that he might not actually be cut out for the challenging life of a Jedi. It’s odd to see this famously levelheaded character so high-strung, but that’s the arc author Kiersten White (Paranormalcy) has chosen for him, and it ultimately works because we haven’t seen much of him before this point in the current-canon Star Wars timeline. Kenobi is worried that Qui-Gon might not even want him as his Padawan– and even worse, that Jinn might go off and join his old master Count Dooku as a “lost” Jedi Knight, now that Dooku has abandoned the Order. But when Obi-Wan stumbles upon a message from the High Republic era (yes, there’s a recurring tie-in to Lucasfilm’s current cross-platform publishing initiative), he finds himself drawn to a mysterious and uncharted planet in the far reaches of the galaxy.

Considering Kenobi’s age in this story, one might naturally assume that he is joined by his master Qui-Gon on this quest, but (SPOILER ALERT) for reasons that remain ambiguous until the very end of the novel, Obi-Wan winds up traveling to a strange world known as Lehnara in the Unknown Regions, accompanied only by an astromech droid, where they encounter a clan of near-feral younglings and teenagers who live in the wreckage of a crashed ship. Kenobi soon discovers that the planet and its ample wildlife seem to be openly hostile to its sentient inhabitants, but what’s even stranger is that these young people are all capable of demonstrating Force-like abilities. Obi-Wan befriends the youngsters and even soon begins to envy their freewheeling lifestyle, but when he eventually begins to unravel the mystery of where their powers came from– not to mention what happened to all of the adults on this planet– things take a turn for the much more dangerous.

But Star Wars: Padawan isn’t just about Obi-Wan Kenobi discovering an isolated civilization and helping them figure out why their environment evidently doesn’t want them around. It’s also about the young Jedi finding his own path in the Force, reconnecting with the universe around him, and accepting that fear, loss, and change are part of life. Kiersten White does a good job of establishing Kenobi at this point in his evolution and then following his narrative through to where he’s a little closer to how we meet him as a young man in Star Wars: Episode I – The Phantom Menace. She also introduces a number of new characters, some of which are more memorable than others (the only one whose name I think I can remember and spell correctly offhand, having just now finished the book, is Casul– and that’s because it’s an anagram of Lucas). The kids all have their unique personalities and quirks, and their fledgling society is kind of like a somewhat friendlier version of Lord of the Flies, but I don’t necessarily think any of them are compelling enough for anyone to clamor for their return.

The villain, who is introduced early on via brief interstitial point-of-view chapters but doesn’t become a major presence in the main story until just before the final act, is a bit more interesting on the whole. But due to the nature of his goals he doesn’t really get a lot of page time– his real function is to act as a personification of the “power corrupts” message of the novel, which is fine if a tad on-the-nose, and the climax is pretty exciting once you get to it. But I found Obi-Wan’s interior journey here more fascinating than any of the supporting characters– though there is a notable exception in the form of a very welcome familiar face who I’ll refrain from spoiling in this review. White also has a tendency to hammer her points home, to the point where the prose starts to feel slightly repetitive, and there were a few stretches where it felt like Kenobi was miles behind the reader in figuring out what was really going on (for an inquisitive Jedi of his age you’d think it’d be the other way around), but otherwise I had a good time with this book. The new locations were intriguing and well-defined, the action was exciting, and I really did come out the other side feeling like I know Obi-Wan better than I already did, even after all the other content he’s gotten this year. 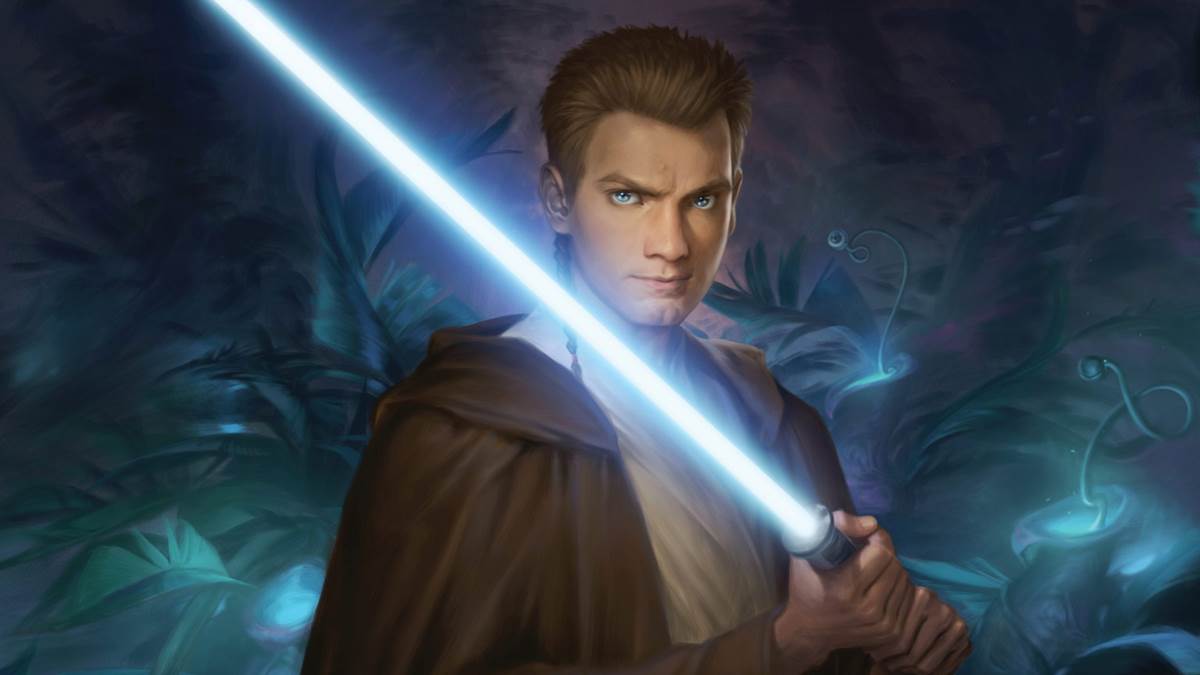 Star Wars: Padawan is available now wherever books are sold.