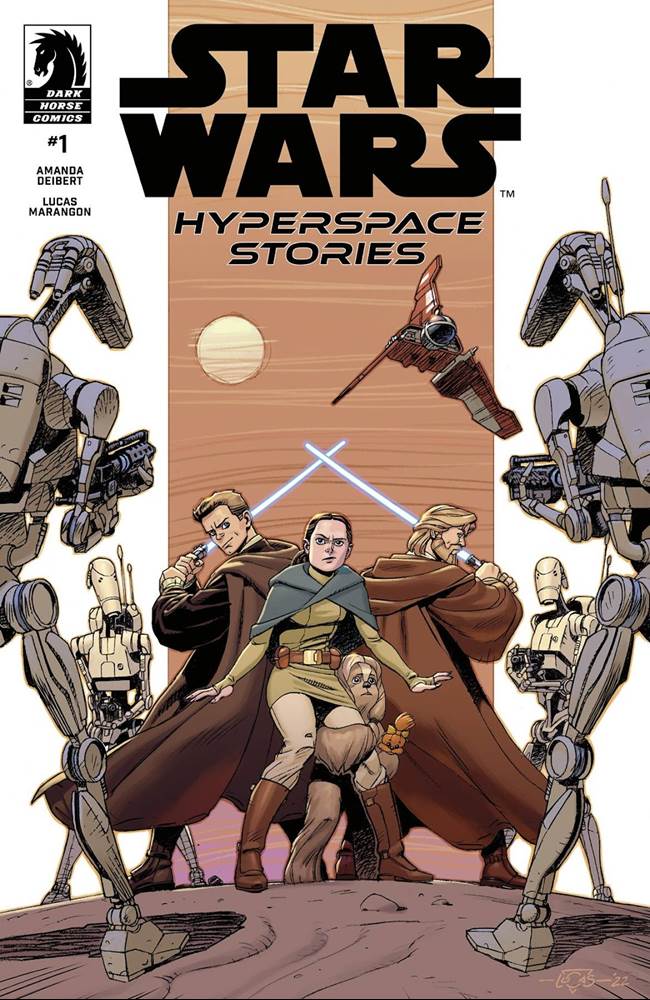 Now, for the first time in more than six years, Dark Horse has returned to A Galaxy Far, Far Away with Star Wars: Hyperspace Stories (essentially replacing the Star Wars Adventures title from IDW, targeted at younger readers), the first issue of which came out today. 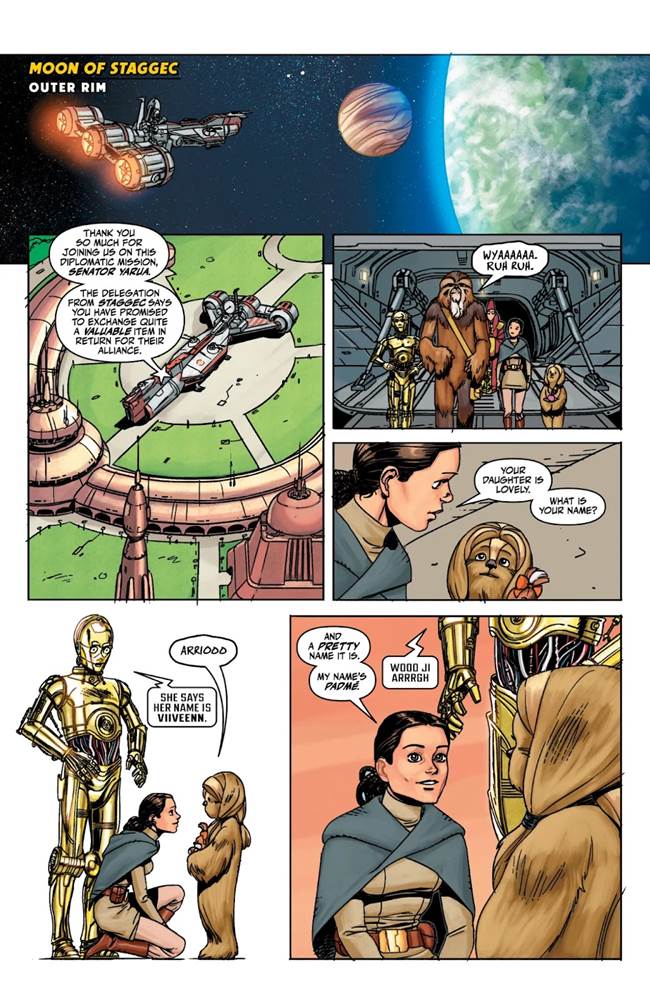 In Star Wars: Hyperspace Stories #1, set during the Clone Wars, Senator Padmé Amidala arrives on the peaceful Moon of Staggec in the Outer Rim on a diplomatic mission alongside C-3PO, a Wookiee senator named Yarua, and his young daughter Viiveenn. But all is not as it seems as the mission is quickly revealed to be a trap, unveiled by the surprise appearance of Separatist forces. Padmé calls the Jedi for help via hologram, and the Council on Coruscant somewhat reluctantly sends in Master Obi-Wan Kenobi and his Padawan Anakin Skywalker. Upon their landing on Staggec, Anakin immediately makes it clear that his priority is rescuing Padmé, despite Obi-Wan urging his impulsive Padawan to temper his raging emotions. With some help from Viiveenn, the two Jedi locate the Separatists and Obi-Wan strategically allows himself to be taken prisoner. A few quick lightsaber skirmishes against Battle Droids later and our heroes have managed to track down Padmé and the other captured diplomats. But when General Grievous shows up and holds Viiveenn hostage, the Jedi and politicians find themselves in a tense showdown against the cyborg Separatist warlord. I enjoyed this fun standalone adventure, and it’s nice to see a return to Star Wars comics storytelling that isn’t reliant on long, drawn-out narrative arcs. Writer Amanda Deibert (Teen Titans Go!) has a good knack for pacing and nails the voices of these familiar characters, while artist Lucas Marangon (Star Wars: General Grievous) and colorist Michael Atiyah (The Orville: New Beginnings) have rendered attractive, energetic illustrations with a tone appropriate for this comic’s target demographic. Speaking of which, there is a moment at the end of this premiere issue that kids may find a bit disturbing, but at the same time it does demonstrate the realities of these types of treacherous conflicts in the Star Wars universe and the dangers of being a public figure in an ongoing galactic struggle. I also think real-world younglings will find themselves identifying with Viiveenn as the youthful Wookiee is caught up in the tangled politics between the Republic and the Separatist Trade Federation. Consequently, there are some really nice and genuinely heartfelt moments here between the characters we already know and love and the already memorable new personas Deibert has so skillfully introduced. The next issue of Hyperspace Stories looks to involve Luke Skywalker and Princess Leia– in a tale from a different creative team– and I will definitely be looking forward to checking that out as well. 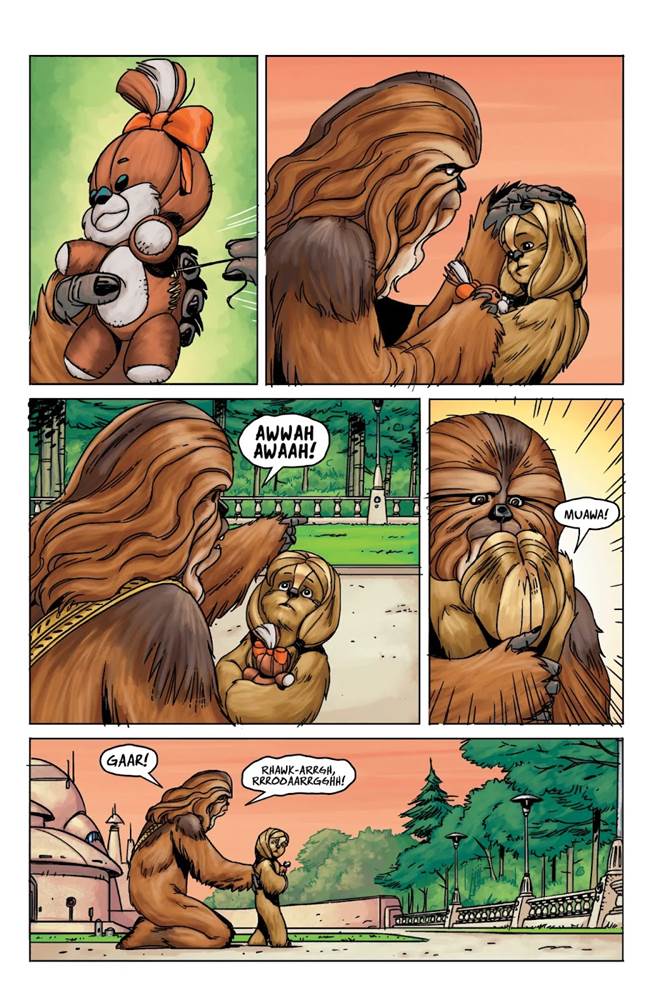