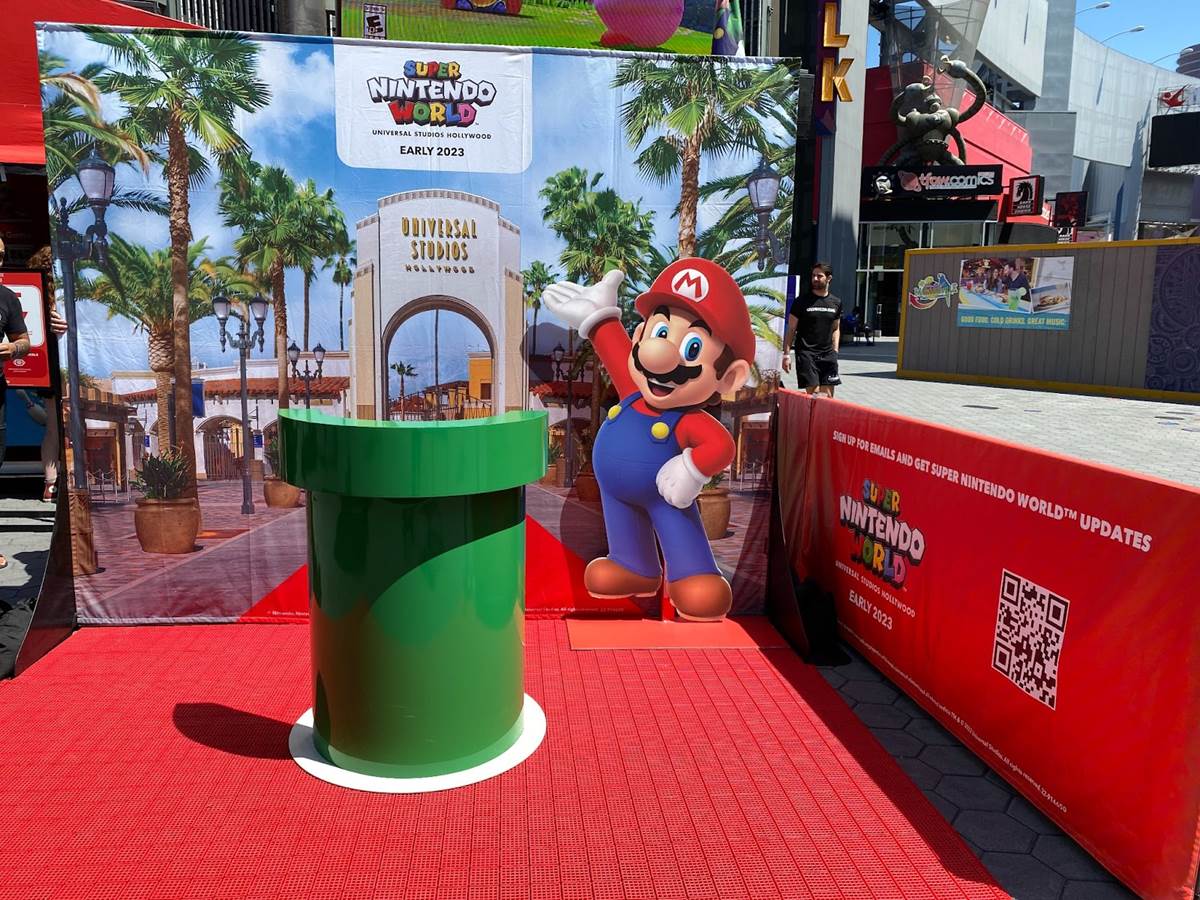 Here we go! After making the rounds though the continental United States with stops in Minneapolis, Denver, Milwaukee, Chicago, San Diego (for Comic-Con), Pennsylvania, and North Carolina, the Nintendo Switch Road Trip has made it to sunny Los Angeles, California where it is being hosted at the CityWalk shopping district right outside of Universal Studios Hollywood.

This exciting pop-up experience occupies the plaza next to the Universal Cinema, and features fun photo ops, free giveaways, and the chance to play some very cool Nintendo Switch video games. 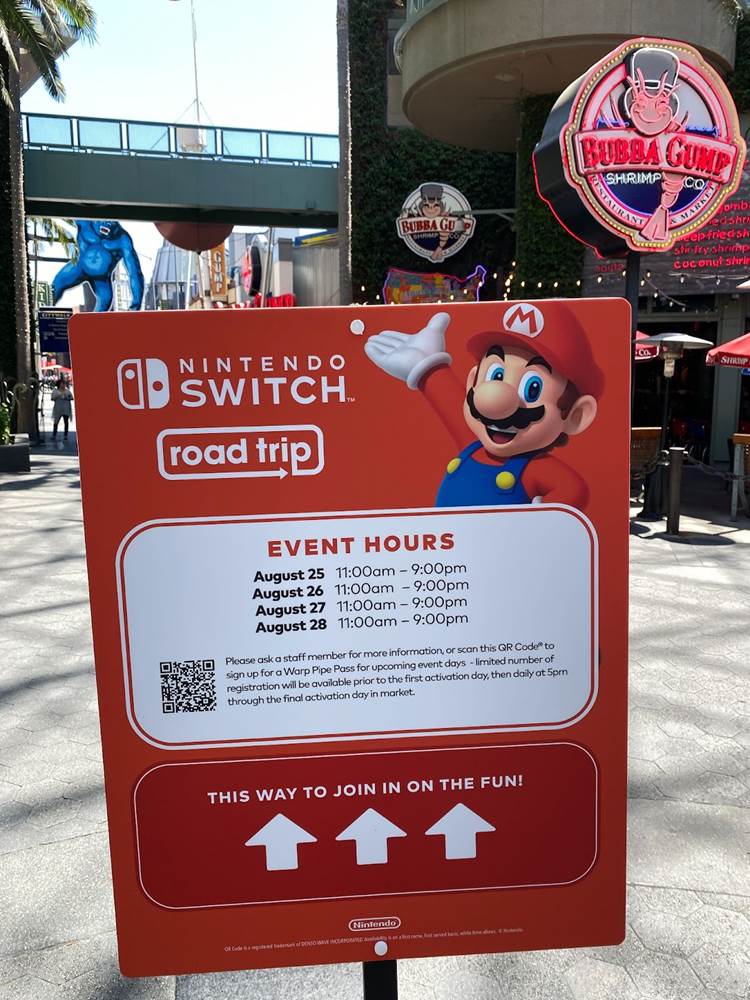 Guests will see signs along the pathways at Universal CityWalk pointing the way toward the Nintendo Switch Road Trip pop-up location, where two lines are formed for entry– one for those with pre-booked reservations, and a standby queue for those without. 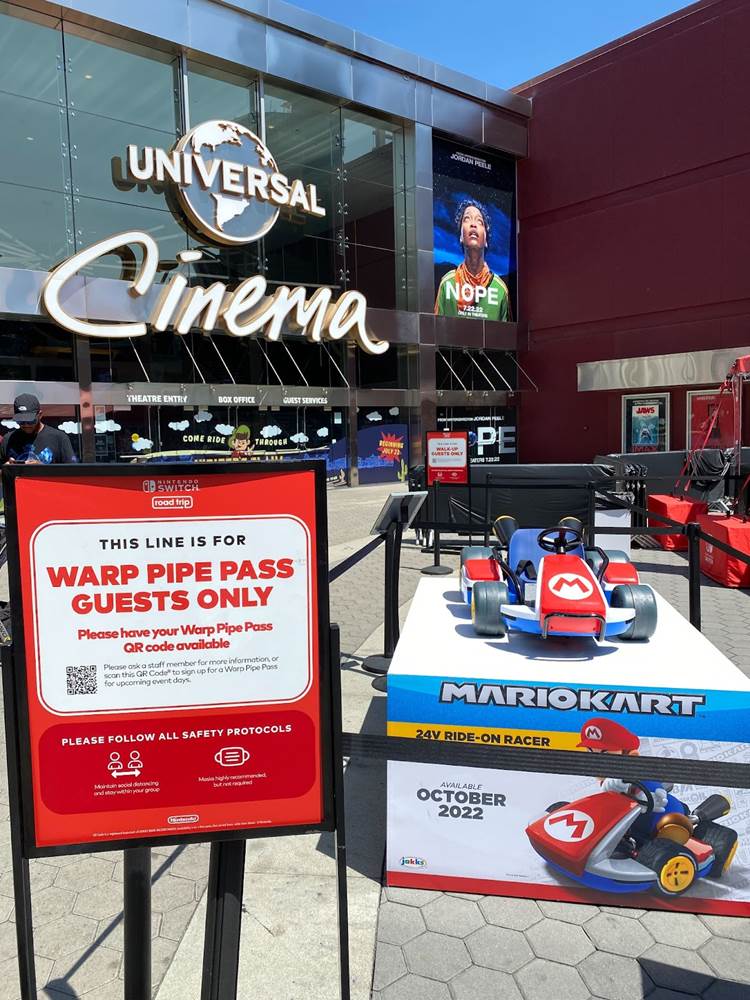 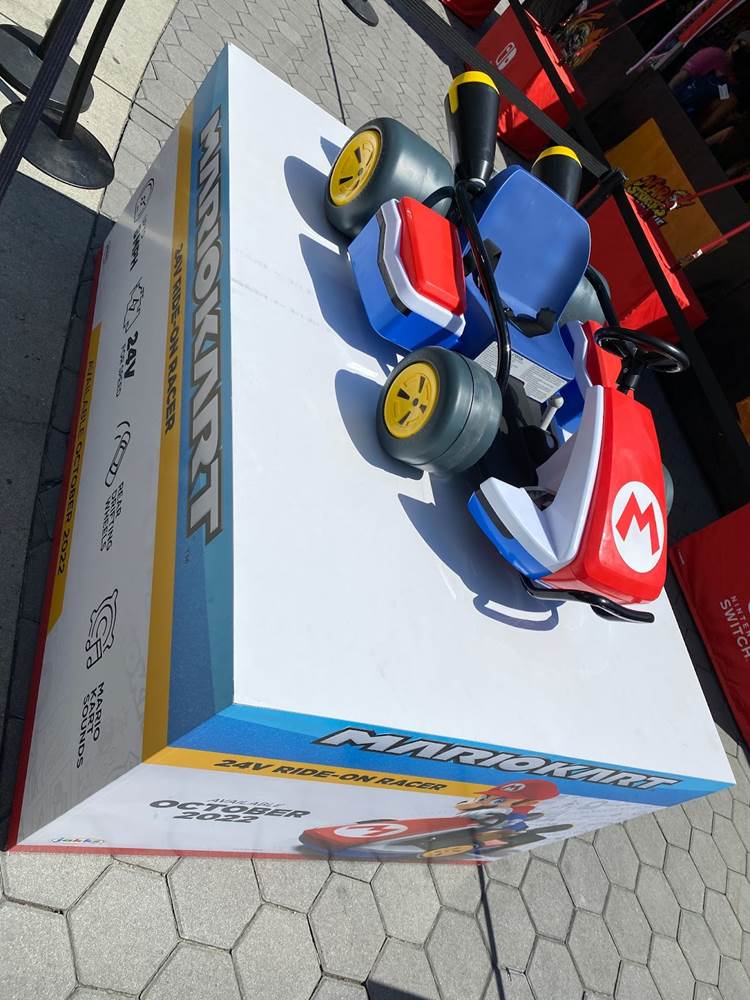 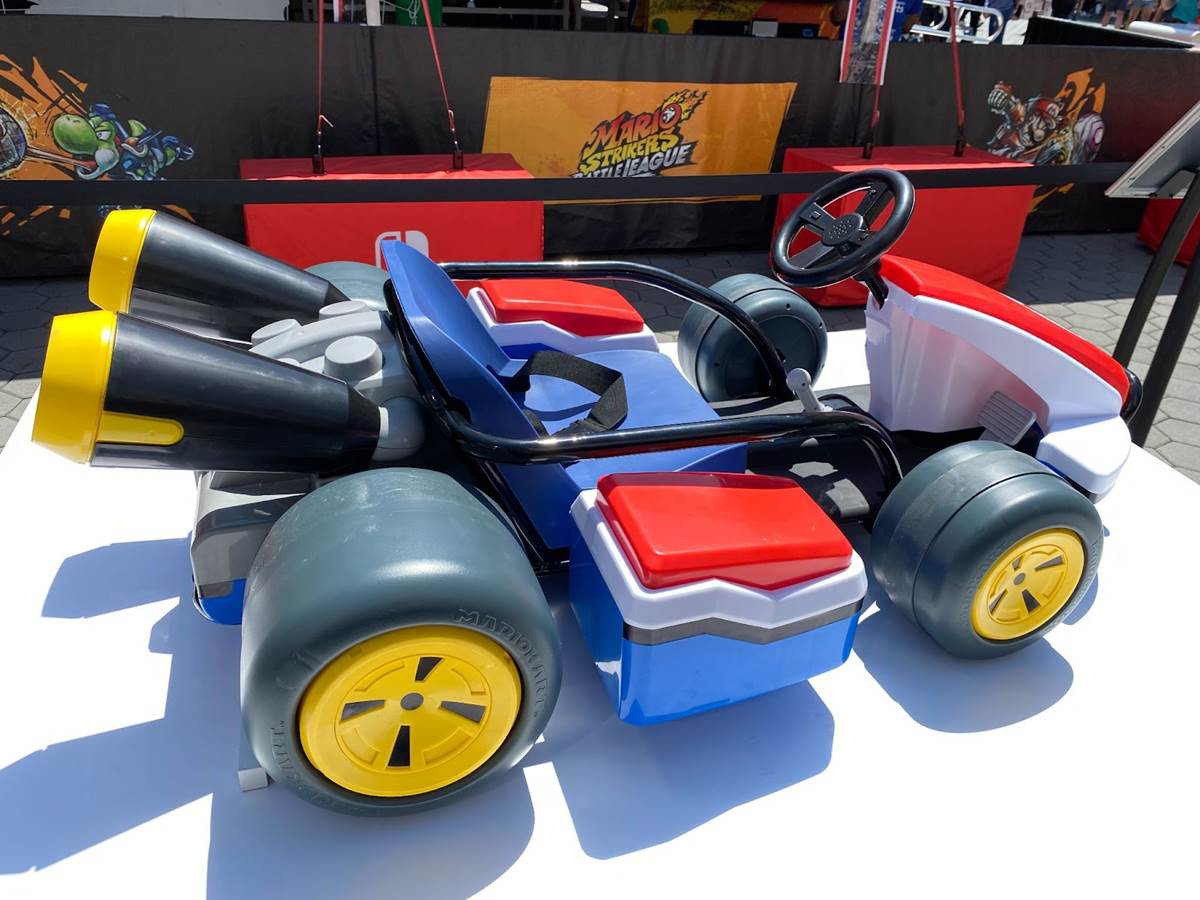 Outside the experience is a display for Jakks Pacific’s upcoming Mario Kart 24V ride-on racer, which boasts speeds up to eight miles per hour, rear drifting wheels, and Mart Kart sounds. 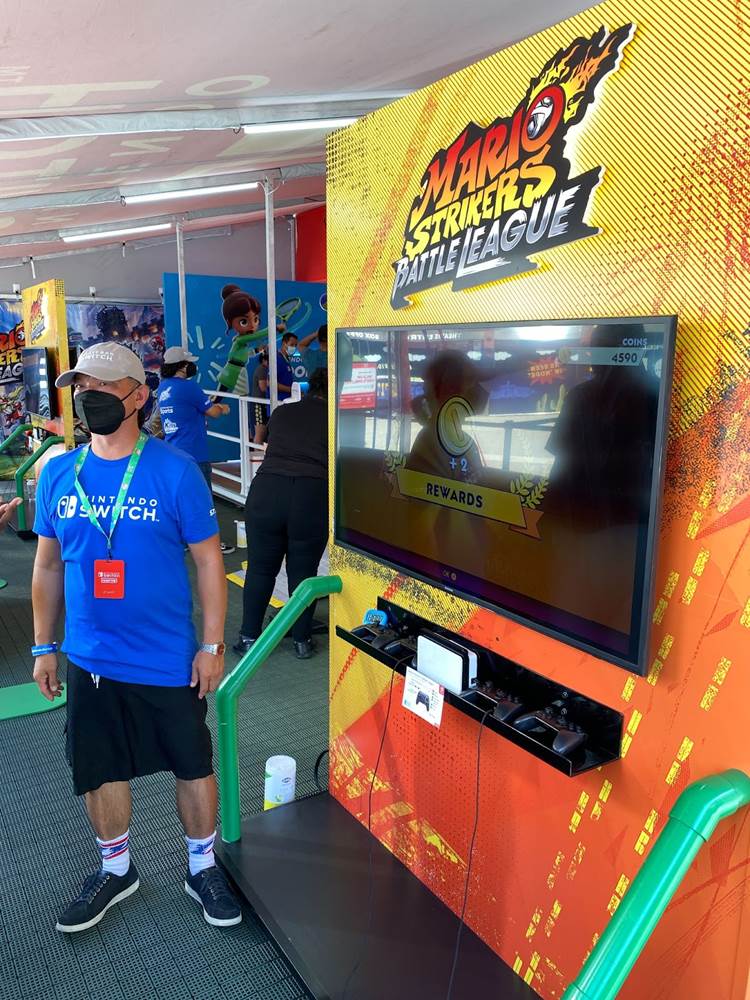 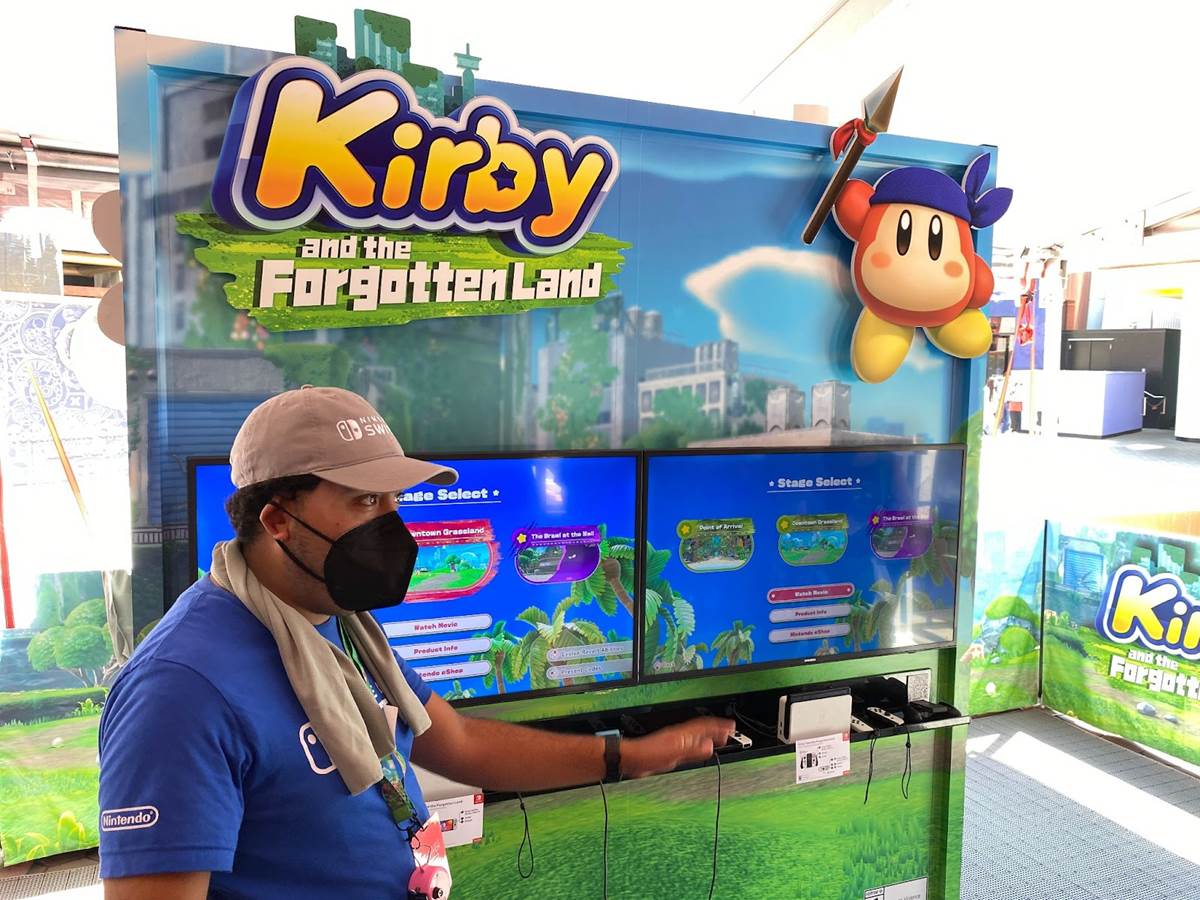 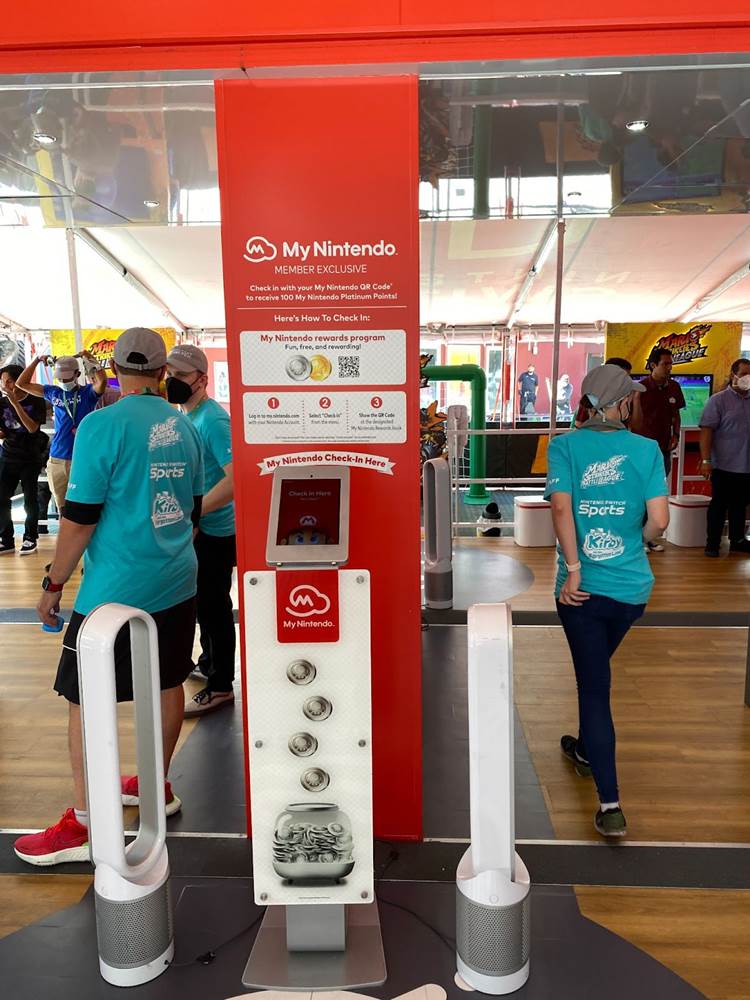 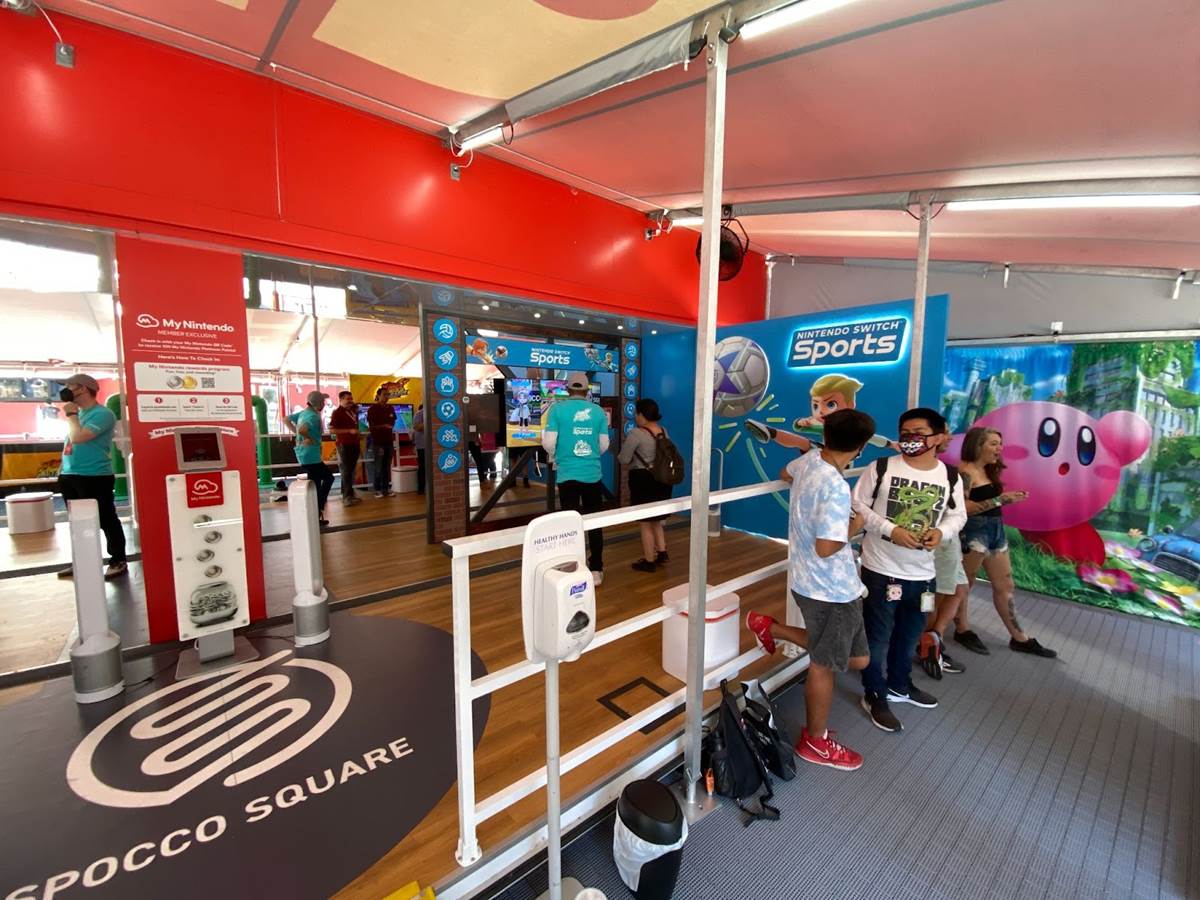 Once guests have gotten through the queue, they are brought into the main tent, where groups of four can play a series of Nintendo Switch games together– specifically Mario Strikers Battle League, Nintendo Switch Sports, and Kirby and the Forgotten Land. 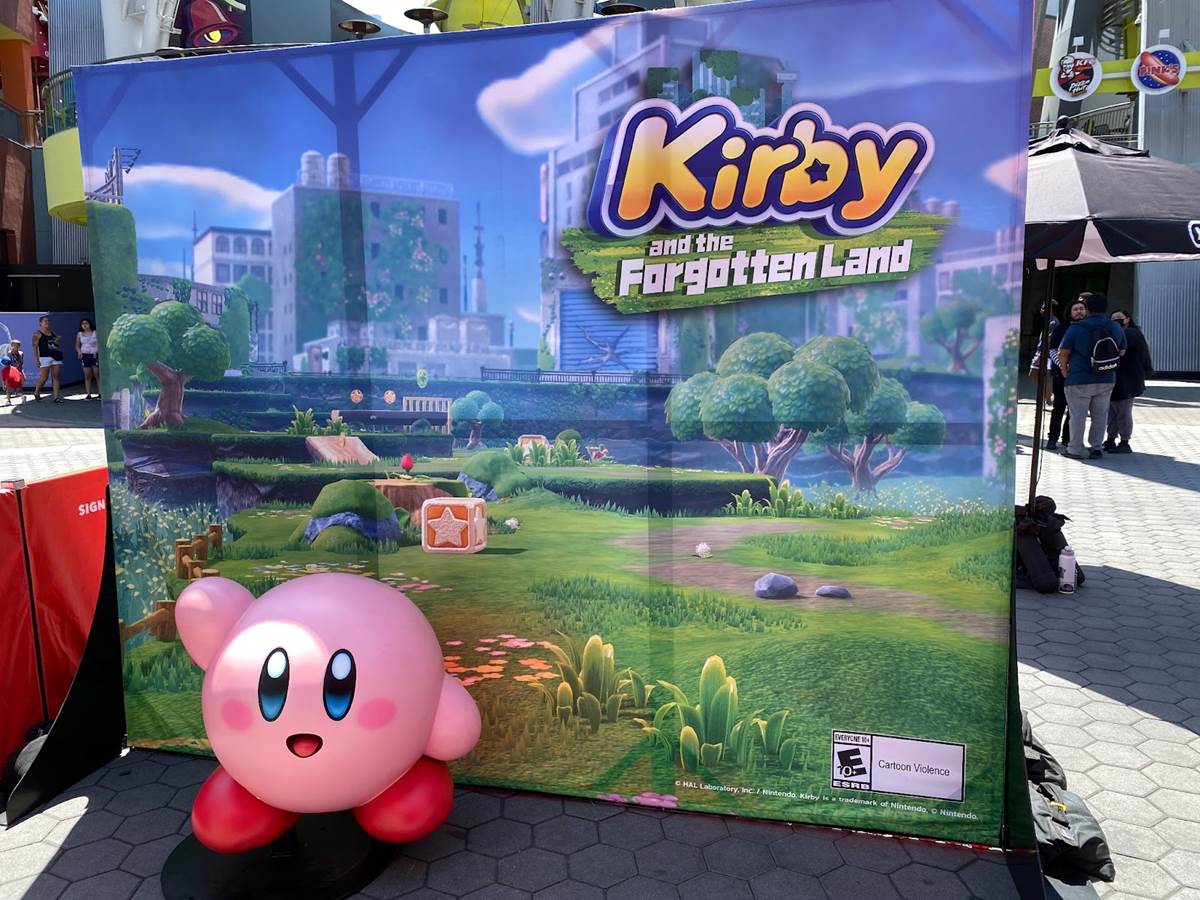 Once participants have finished their experience with the three games (totalling about ten minutes with each title) they can pause for a photo op with Kirby and popping out of that famous green pipe from the Super Mario franchise (pictured above). 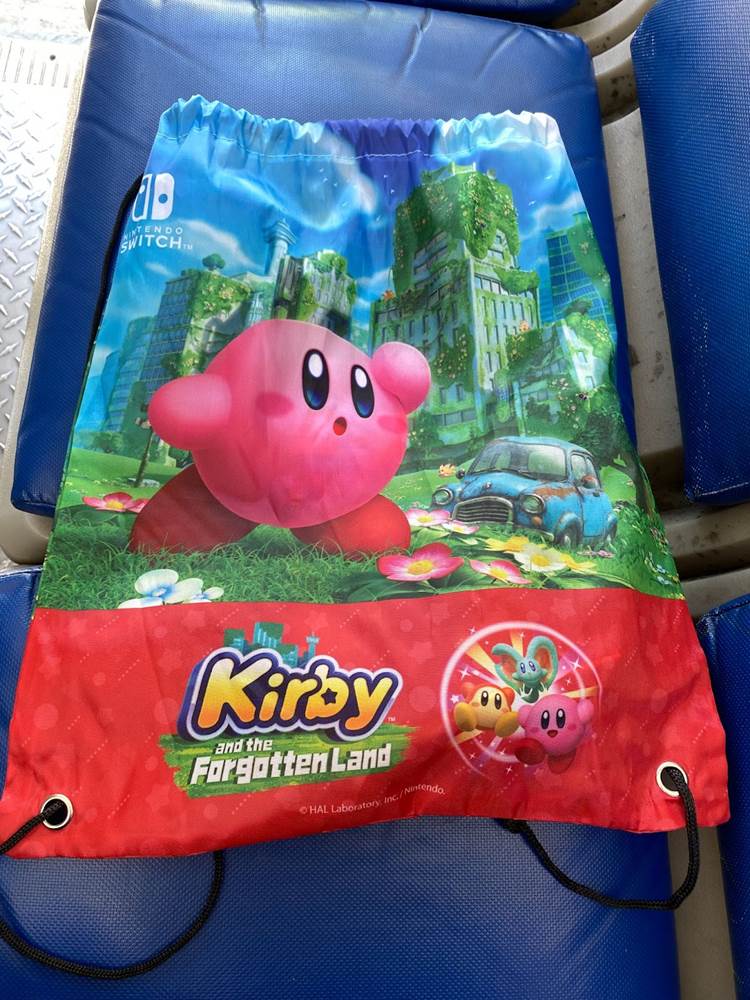 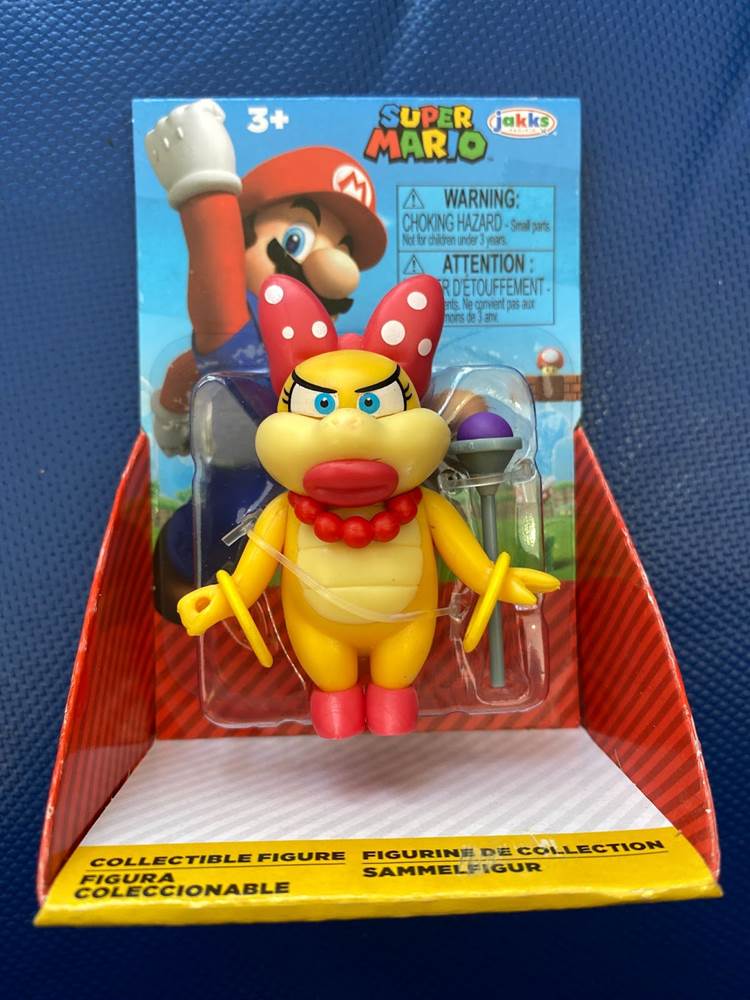 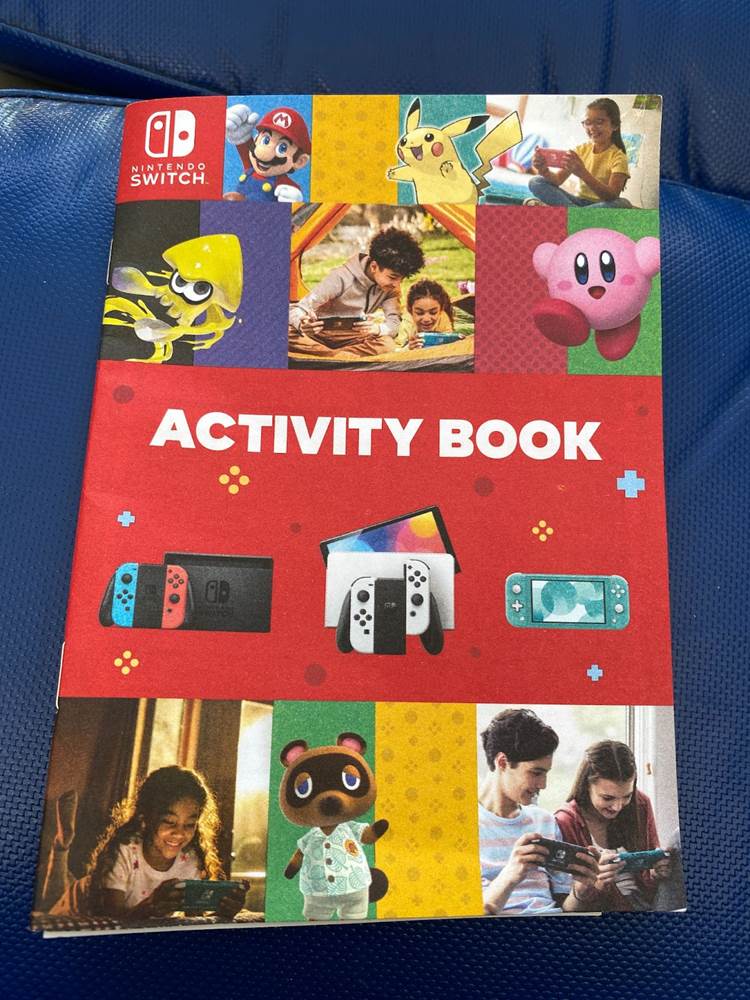 Departing guests are also given a complimentary Kirby and the Forgotten Land swag bag with a Super Mario action figure, a Nintendo Switch activity book, and a coupon for $1 off Fudge Stripe cookies. And on my way out of CityWalk, I caught a brief glimpse of the highly anticipated new land Super Nintendo World, which is currently under construction at Universal Studios Hollywood.