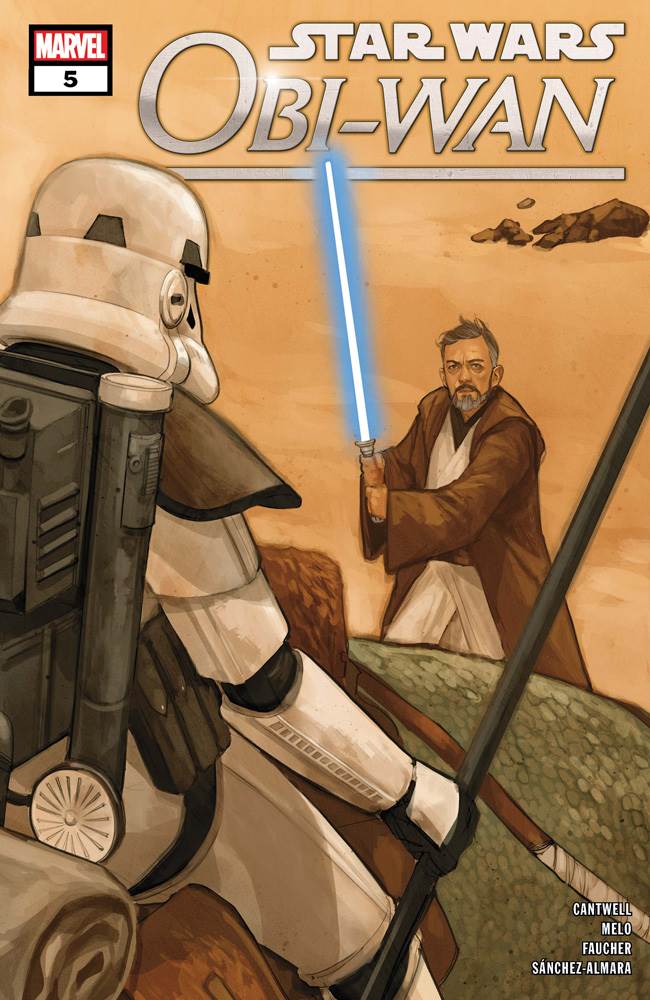 Over the past four months I’ve really enjoyed the Star Wars: Obi-Wan miniseries from Marvel Comics. Writer Christopher Cantwell has nailed the voice of the character inhabited by Sir Alec Guinness and Ewan McGregor in the Star Wars films and live-action TV series (not to mention James Arnold Taylor in animated form), and the series has done a great job of encapsulating Obi-Wan Kenobi’s role in the galaxy.

But Star Wars: Obi-Wan #5 (released yesterday) is a quieter, more introspective rumination on the life of the famed Jedi Master, and because of that it might actually be my favorite issue of the entire run. 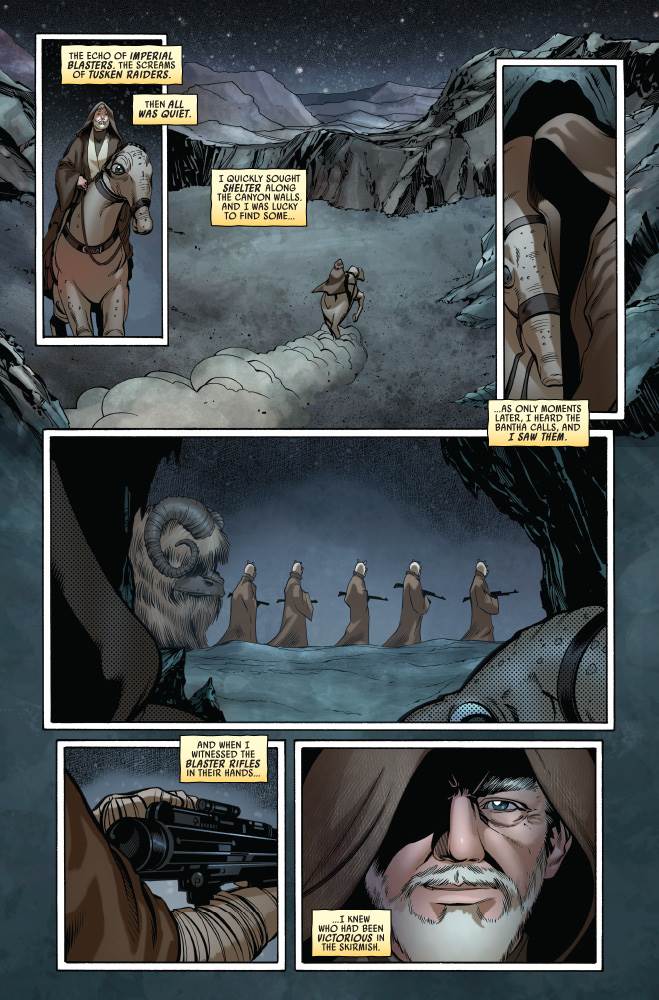 Obi-Wan #5 begins with the sandstorm having passed Old Ben’s hut in Tatooine’s Jundland Wastes, and a smash cut to an Imperial garrison in Mos Eisley, where Tusken Raiders have made off with several ration containers during the storm (I wasn’t under the impression that the Empire had any kind of presence on Tatooine prior to the events of A New Hope, but that doesn’t mean it wasn’t possible). An Imperial officer commands a squad of stormtroopers to go out into the desert, retrieve their rations, and eliminate the Tuskens who stole them. Meanwhile, Ben seeks to replenish his supplies by riding his Eopie to a nearby Jawa sandcrawler. We are meant to think (and the deceptive cover of this issue would imply) that these two parties are on a collision course that will lead to hostilities, but there’s more than a little misdirection happening here. Instead, the stormtroopers attack the Tusken camp and find that it’s populated only by decoys. Then the troopers themselves are massacred, with the “Sand People” taking their blaster rifles in addition to holding onto the Imperial rations– it seems this was their plan all along. The remainder of this issue is about Obi-Wan stumbling across a surviving stormtrooper while scavenging the dead ones for power cells. He takes the survivor (unwillingly) back to his hut and nurses him back to health, while in captions we read additional notes in Ben’s diary meditating on the Jedi way as instructed by Qui-Gon Jinn. 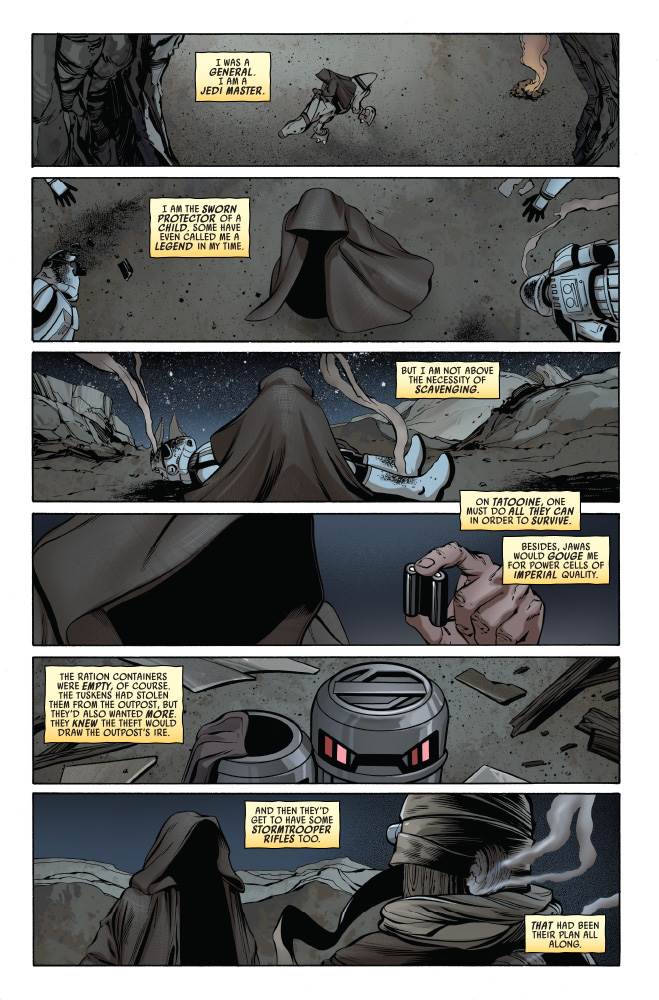 On its own, the contents of this issue are quite wonderful, with the brief spurt of combat very exciting and well-choreographed and the long quiet surrounding it extremely evocative. My only real complaint, again, comes with the cover– a problem I keep returning to in these reviews. Does it constitute false advertising to show a somewhat younger Obi-Wan (with darker-colored hair) using his lightsaber to confront a stormtrooper on Dewback? This event does not occur in the story, though the individual elements (stormtrooper, lightsaber, Dewback) are all indeed present. I think my biggest objection is with the hair color, which implies that this issue would contain another flashback to an earlier time in Ben’s exile on Tatooine, though in reality it’s set entirely after the wraparound sandstorm from previous installments. This feels like nitpicking I suppose, but is it too much to ask that the covers accurately represent what’s contained in these books? Regardless, I do think this issue is an exceptionally strong way to close out the Star Wars: Obi-Wan miniseries, and if you haven’t read any of it I’d definitely recommend picking up the trade paperback collection when it comes out in December. Interestingly, that collection will be given the additional subtitle of “A Jedi’s Purpose,” which I do agree effectively summarizes the point of this series. And with that, the summer of Obi-Wan Kenobi comes to an end. Let’s hope we see more new stories involving the original Jedi Master at some point in the future.