“The challenge that I got from the network this year was could we tell an enclosed mystery story along with our longer arced out story of the season,” Big Sky showrunner and executive producer Elwood Reid shared about the third season of the hit ABC mystery during a TCA press conference. In addition to an ongoing mystery that will span the entire season, Cassie Dewell and Jenny Hoyt will also be solving a mystery each week. “I was resistant to the idea at first, I have to admit, and ABC was right.” ABC also gave the season a subtitle, “Deadly Trails.” 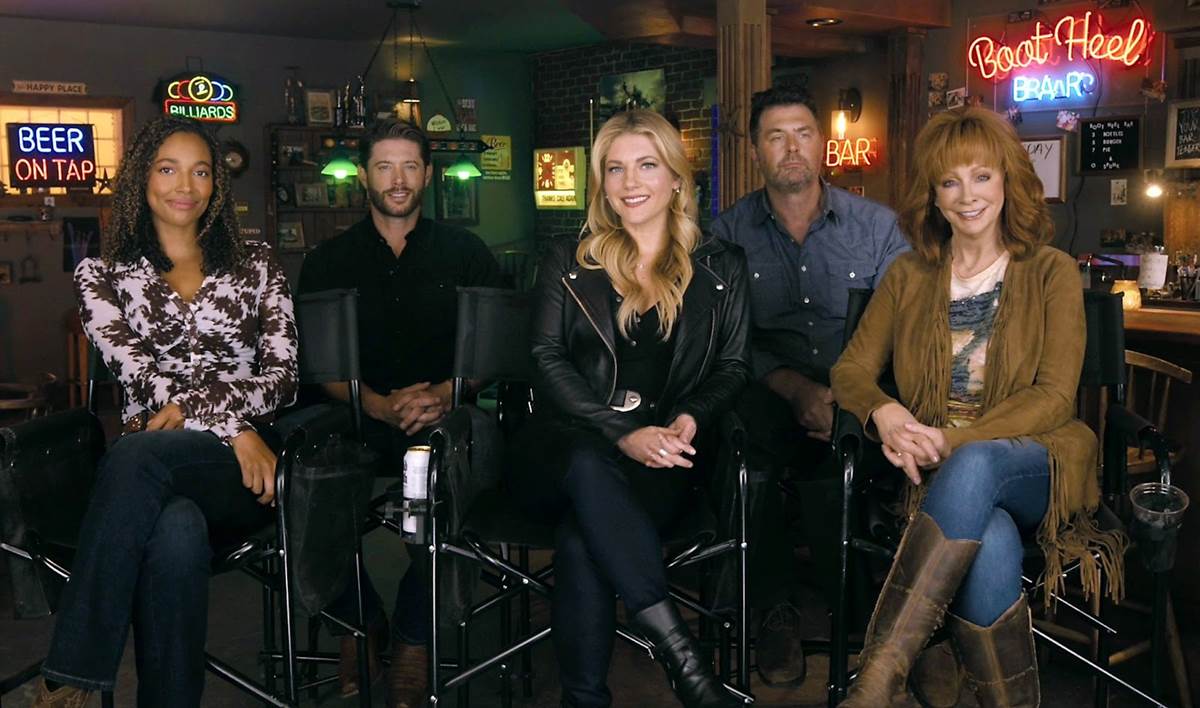 New to the cast of series regulars this season is country music legend Reba McEntire, whose no stranger to television with her hit sitcom Reba, but is taking on a darker role this time around. “She's an interesting person,” Reba said of her character Sunny Barnes. “She's very protective and loving and she's trying to make a living with her family on this glamping thing, and she's working real hard to hold it all together. That's something totally different than anything I've ever played and acted before and I love the depth of it. I like that she is more than three-dimensional. She's very deep and then very friendly and then she can get very dark. I like the dimensions that I get to play. It is playing. It's so much fun for me. And the directors I've gotten to work with on these episodes, I'll play it one way and they'll come back, ‘Try it this way.’ And I'm like, ‘Oh, yeah. I love it that.’ And then we'll go run, play, and they'll come back and say, ‘Now try this.’ And it's just so entertaining and so much fun for me. And thanks to Elwood for bringing me onto this. I absolutely am having a blast.”

“There was a movie that Reba did called Tremors, it always stuck with me,” Elwood Reid shared about why he wrote the part of Sunny with McEntire in mind, despite believing that she would turn down the role, thinking it would be too off-brand for her. “It's just been one of those dreams come true, because she's someone whose music I grew up with.” Elwood also expressed his gratitude to Rex Linn, Reba’s boyfriend who encouraged her to take the part and co-stars alongside her as Sunny’s husband. “We've pretty much moved to Albuquerque, where we're filming, and having a wonderful time,” Reba added, who is also rehearsing for a tour that will run from October 13th through November 19th.

Beau Arlen was introduced in the Season 2 finale, played by Jensen Ackles as the new acting sheriff in Helena. “It was an opportunity to come and work with some really grade-A actors and work with some awesome story,” Jensen revealed. “And really, it just came down to the fact that [Elwood] said Reba was coming too.” The actor also had an easy way of getting into his character. “I feel like I'm getting a little typecasted just being a guy from Texas who wears boots, because I'm literally wearing boots right now and I'm from Texas, and I live there.”

As alluring as the addition of Reba McEntire and Jensen Ackles to the cast is, Big Sky would be nothing without the heart of its show, Cassie Dewell and Jenny Hoyt, played by Kylie Bunbury and Katheryn Winnick. “We are being blessed with the opportunity to work with two consummate professionals who are really good at what they do but also bring a certain energy that makes you just feel excited to work, excited to be here,” Kylie Bunbury said. “We get to learn from them as well. It's honestly just a privilege to be able to work with both of them.”

“It’s completely different, new cast, new energy,” Katheryn Winnick added. “There's a lot of surprises. When I get a chance to read Reba's character, I'm like what is she going to do next? And Jenny's partnered up with Jensen's character, so that's always a lot of fun, and you don't really know what you're going to get.”

Get ready for more twists and surprises in Big Sky: Deadly Trails, premiering tonight at 10/9c on ABC. Episodes will be available to stream the day after air on Hulu.