The time has come: The Goldbergs are back. And while the family comedy is now entering its 10th season, somehow it’s still 1980-something. Although the decade still hasn’t ticked over just yet, the new season does bring with it some major changes. 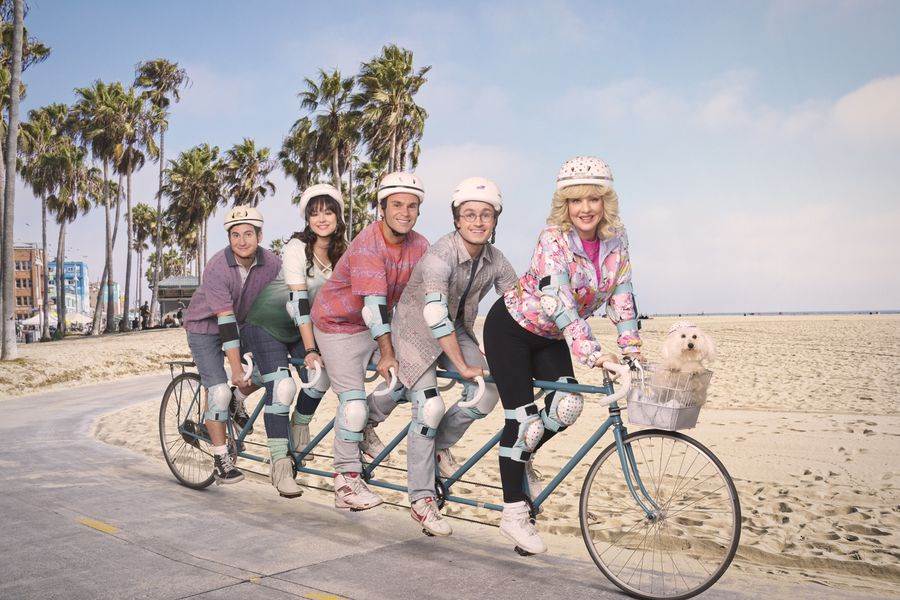 Straying from the past several season openers, which were promoted heavily on their 80s movie tie-ins, the 10th season’s kick-off instead focuses on reframing the show. Most notably, this includes addressing the absence of Murray Goldberg. Within the opening moments of the episode, viewers will quickly get caught up on the current state of the core characters — and will witness what is, to my memory, the first new VHS tape graphic the show’s seen since its start. Now, the image features what will be the main family: Erica, Jeff, Beverly, Adam, Barry, and Lucky the dog. Lest you assume this means it's these five humans and one doggo all the time, rest assured that this episode alone still features appearances from Murray’s dad Pop Pop, Ginsy, Bill Lewis, and the JTP (JTP!) among others.

Granted, there is still a movie tie-in as Field of Dreams plays a role in the episode’s plot (to answer your question, it was released in 1989). Elsewhere, Erica and Jeff are preparing a nursery for their soon-to-be born baby as the Goldberg residence grows ever more crowded. Of course, as I alluded to, Murray — or the lack thereof — factors into each of the storylines in a fairly emotional way. You’ll notice that I’m avoiding actually saying what has happened to the patriarch, but I’m sure you have a pretty good guess.

In my Season 9 review of The Goldbergs, I wondered aloud whether that season should serve as the show’s last. Personally, I’m still of the mindset that it probably should have — especially after Jeff Garlin’s exit and George Segal’s passing. However, watching this season premiere reminded me just how much I still love these characters. Yes, the show is as sappy as ever (seriously, what percentage of episodes do you think end with at least one hug?), but it still got some good literal LOLs from me. As for the changes, while the series has long strayed away from adapting Adam F. Goldberg’s real-life family tales, I do think I’ll enjoy the simplifying techniques this season’s reset employed as it puts the focus back on the core cast.

While it’s hard to say whether this season will be a success after just one episode, I’m cautiously optimistic. Even if the episodes we’re in for may not be top tier Goldbergs, I don’t doubt that they’ll still include some touching moments and hearty chuckles. In other words, I’ll still be watching each Wednesday.